On Sunday, September 5, 2021, the International Scientific Conference on “Ecumenical Initiative for the Protection of Environment and Culture” was held in the Halki seminary. Ecumenical Patriarch Bartholomew opened the conference yesterday at Sismanogleio Palace.

Bishop Kassianos of Aravissos welcomed the participants to the premises of the historical seminary and pointed out how important was choosing the seminary as the venue of the conference while referring to the ecological activities and the natural environment that inspired its students during the years of its operation.

Afterwards, the President and the General Director of the European Center of Byzantine and Post-Byzantine Monuments, N. Poulos and F. Karagiannis, took the floor. Then the experts delivered their speeches, who thoroughly illuminated many aspects of several issues related to the protection of the natural environment and its interaction with culture.

The speakers, who come from Greece, Turkey and other Eastern European countries, presented their experiences and the findings of their scientific research on environmental issues, with special references to local data and differences.

All the participants in the conference attended the lunch while they were shown around the library as well as the other premises of the seminary. After the presentations, music and dance performances followed in the gardens of the School by the group “Dionysos” with traditional dances from Greece and Asia Minor. 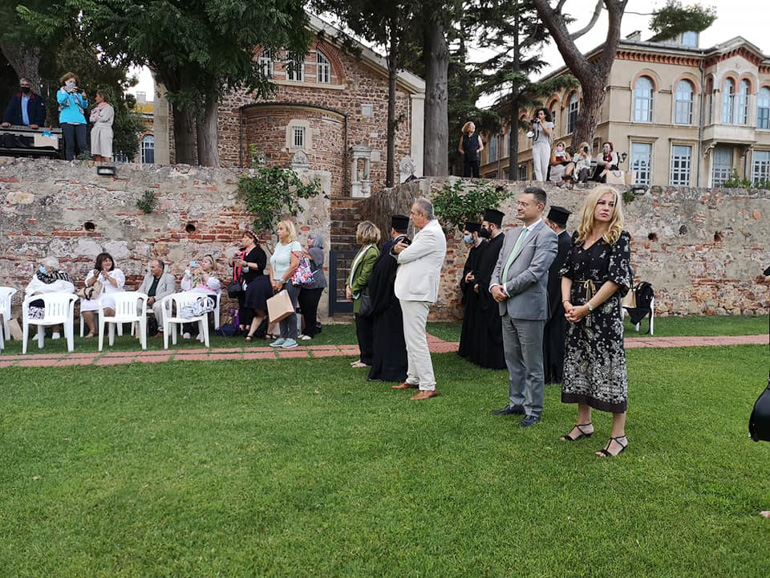 Feast of St. Euphemia at Patriarchal Skete of St. Spyridon

Celebration of Exaltation of the Holy Cross at Halki seminary

Sunday before the Exaltation of the Cross in Halki seminary

Festive Vespers for the Nativity of the Theotokos in Halki seminary

Today, Saturday, September 19, 2021, Bishop Kassianos of Aravissos presided over from the parathronion the Orthros and the Divine Liturgy...

In Georgia a great controversy has been engendered in recent days, revealing that the country's intelligence services were monitoring...

The retaining works of Notre Dame de Paris were completed, allowing the restoration work to begin, two years after...

Body of Metropolitan of Kampala, Jonah, arrived in Uganda

Today, the body of the late Metropolitan of Kampala, Jonah, was placed at St. Nicholas Cathedral so that the...

Four of the occupant monks of the main building of Esphigmenou monastery were transported and are being treated in...