The stolen sigillia of Panagia Chrysopodaritissa Monastery have been returned

There have been returned three sigillia.

One of Patriarch Prokopios (1786), which renewed the patriarchal value of the Monastery and recorded the boundaries of its Metochi in Araxos.

The Patriarchal sigillio of Patriarch Gregory V (1798), which also renewed the patriarchal value of the Monastery.

And a Turkish one, a sultan firman of 1786, which confirmed the Patriarchal sigillio of 1786.

From the moment that these sigillia were found at the British Library, two and a half years ago by Monk Symeon, the necessary actions were taken by the Holy Metropolis, the Ephorate of Antiquities and the Ministry of Culture, and the British Library handed over to the Greek Embassy in London the historical documents in mid March.

The sigillia will be exhibited at the Museum of Patra for two months and then will be handed to the Monastery.

In their presentation at the Archaeological Museum of Patras was Metropolitan Chrysostomos of Patra, who praised the collaboration with the Director, Anastasia Koumousi, and the Ministry of Culture. 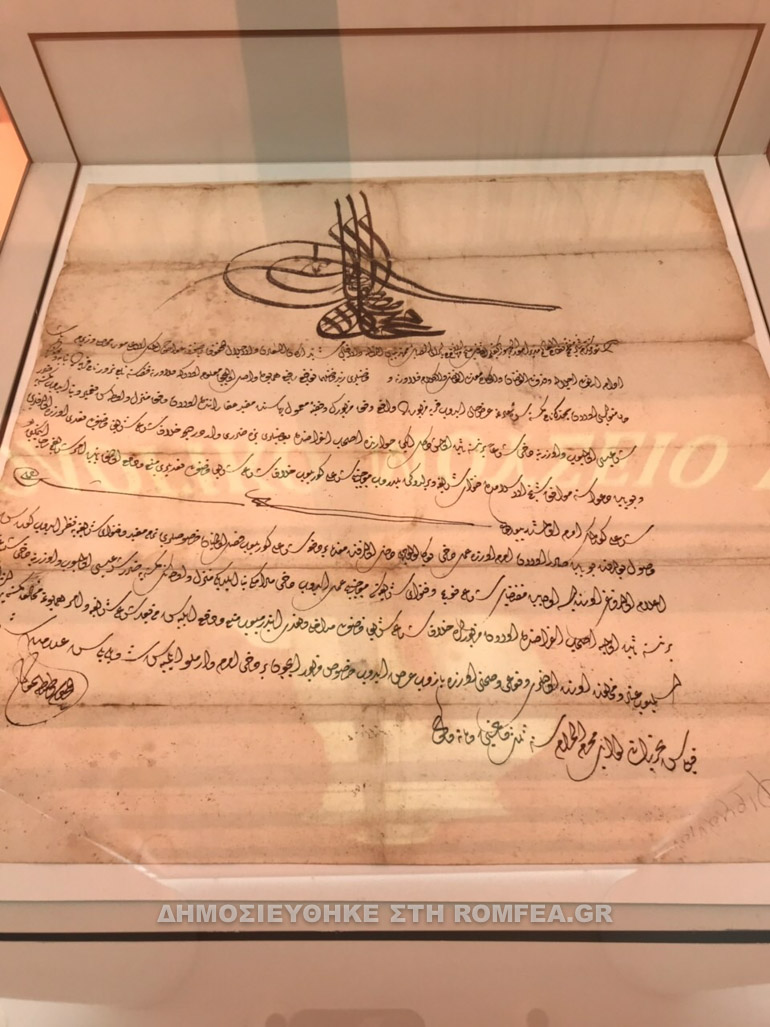 Ecumenical Patriarch’s visit in U.S.A will take place in October

Elder Metropolitan οf Chalcedon in the temple of Panagia Göksu, on Bosporus

US Ambassador to Ankara visited the Ecumenical Patriarchate

Ambassador of the Netherlands in Ankara visited Ecumenical Patriarch

Holy Icons of Imvros handed over to Ecumenical Patriarch

The Vardinoyannis Group supports the Metropolis of Kissamos