It was the first time that such a high distinction was bestowed to a non-Greek and a person who is not Orthodox in faith.

The Liberal Party Senator was conferred with a medal, “the Order of Christ-loving” and proclaimed a “Grand Commander”. The beautifully enamelled silver Cross with a crown and gold plated in 24 carat gold as well as a similarly designed star was bequeathed by Archbishop Makarios, Primate of the Greek Orthodox Archdiocese of Australia as a token of appreciation for the Senator’s services to the Greek Orthodox community. 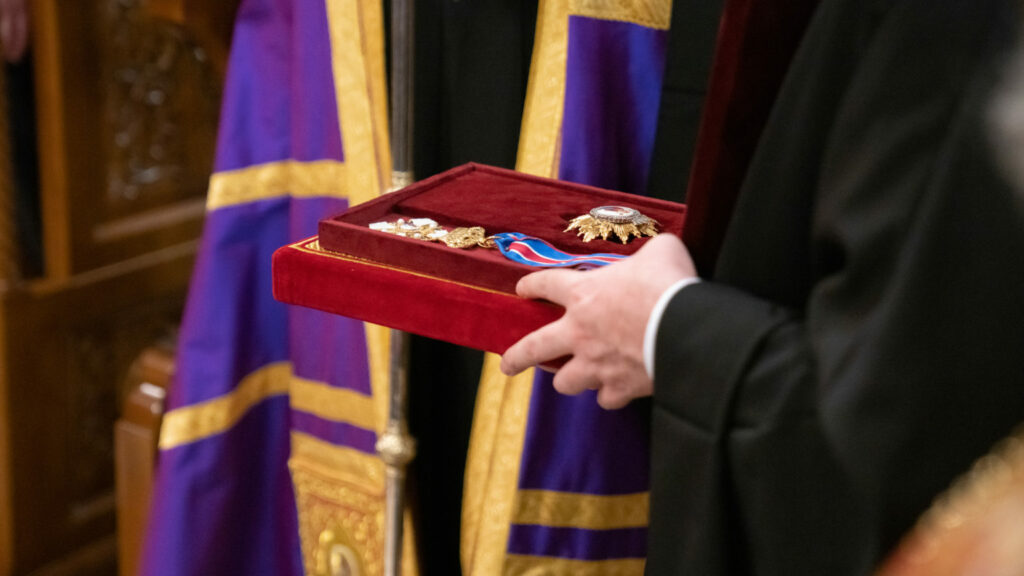 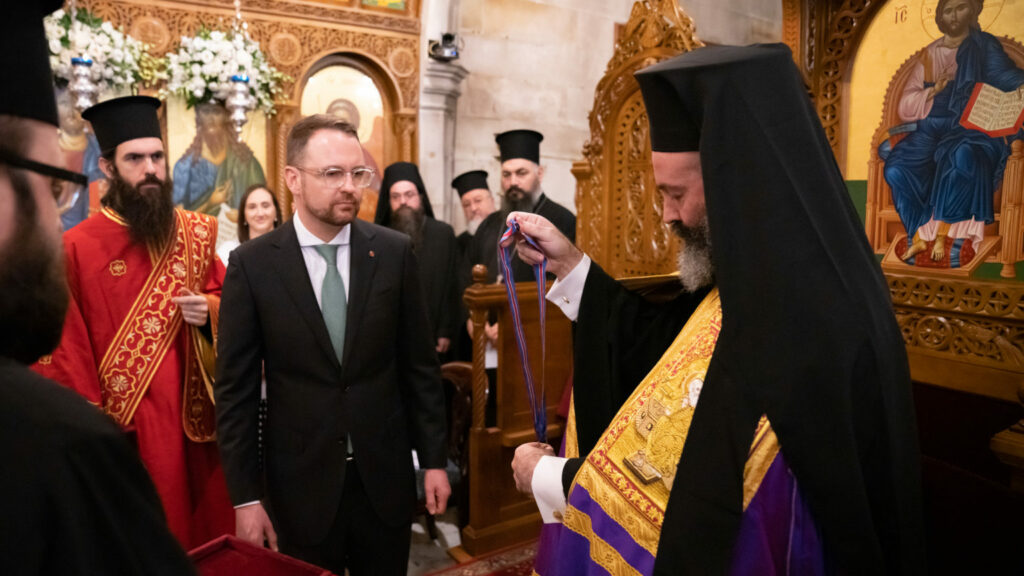 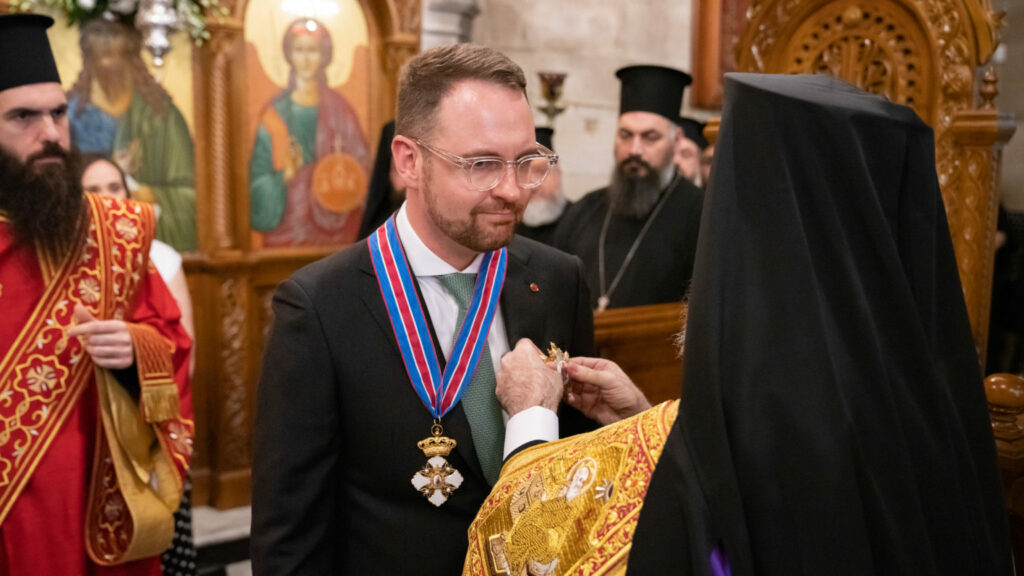 In his speech at the award ceremony, Archbishop Makarios said, “from the first moment that I met you, I felt that you are a person who very easily wins the hearts of people. You have the ability or, rather I should say, the gift to create a new inner world for people. You not only listen to people’s problems, but you also give light, you try to give them joy, you aim to find solutions, you attempt to do whatever is best for the person.” 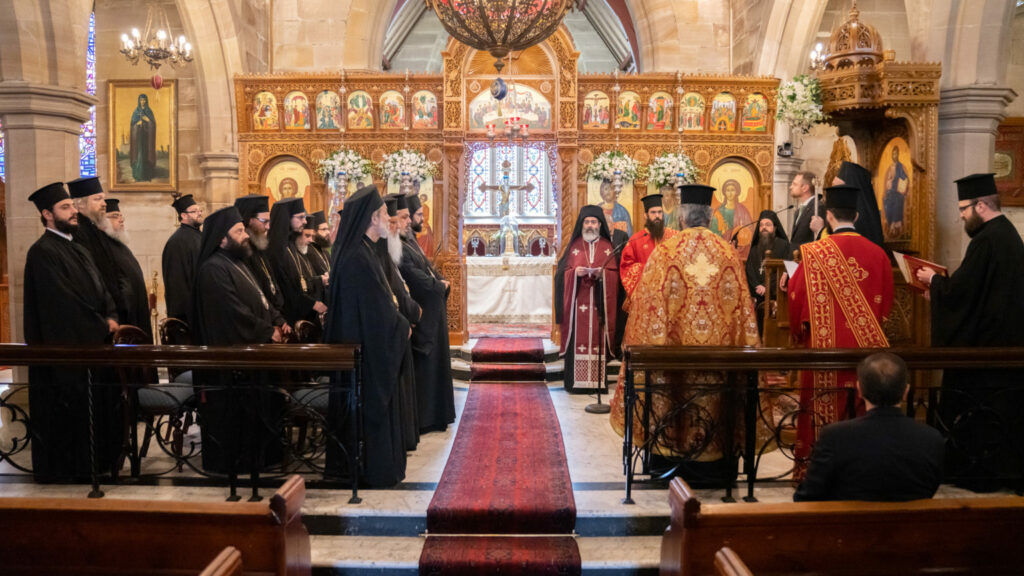 Referring to migration issues, the Archbishop said, “Our holy Archdiocese of Australia has experienced your love and your beneficial involvement regarding issues that have troubled us and we are deeply moved.”

In response, Senator Bragg thanked all those who attended and for their kind welcome. He said, “This is a great honour and I take it very seriously.” Turning to Archbishop Makarios, he stated, “You have already made your mark in this country as new archbishop. Your leadership will be very important in the coming years and I look forward to working with you on the many issues and challenges that arise.” He also commended the fundraising efforts of the Greek Orthodox community following the recent bushfire crisis.

The award ceremony took place at the Cathedral of the Annunciation at Redfern, Sydney, on Monday 20th January in the presence of many overseas and local Orthodox Bishops who also attended the honorary nameday celebrations for Archbishop Makarios, who arrived in Australia only six months ago as the newly elected Primate of the Greek Orthodox Archdiocese of Australia. 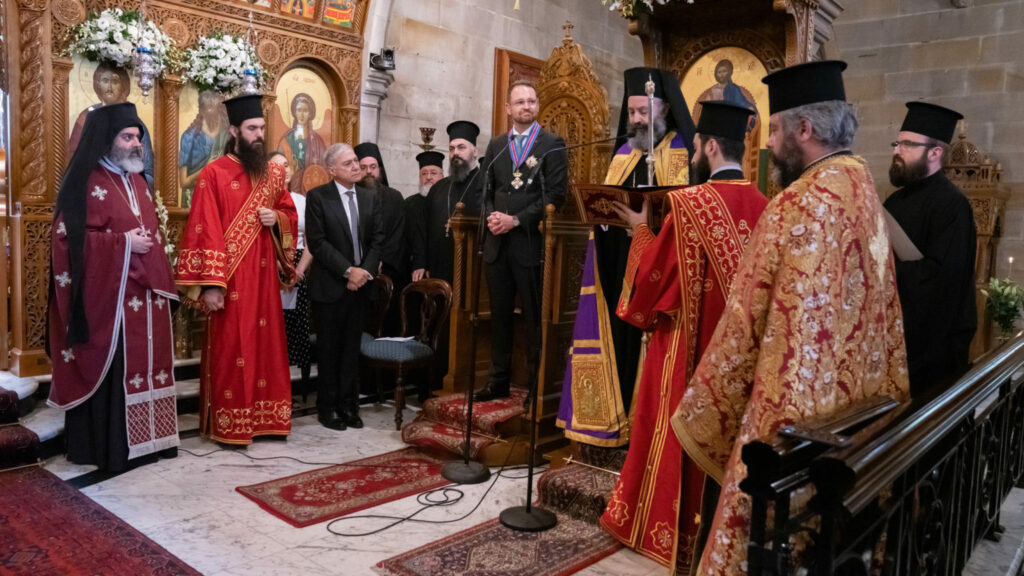 Memory of Saint Maximus the Confessor