At least 30 people are dead from the worst earthquake in decades that hit Albania today, causing serious material injury and trapping people under the ruins of collapsed buildings.

The earthquake of magnitude 6.4 took place at 04.00 local time. The epicenter was 30 kilometers west of Tirana and the focal depth was 10 kilometers.

At least 600 people slightly injured went to receive first aid at hospitals in Tirana and Durres, a city that was particularly affected, according to Minister of Health Ogerta Manastirliu, whereas 134 have been seriously injured according to Olta Xhaçka, the Albanian Minister of Defence, who added that Durres was the epicenter of the earthquake.

28 civilians have been identified and rescued so far, by rescue teams who have been operating at dawn. 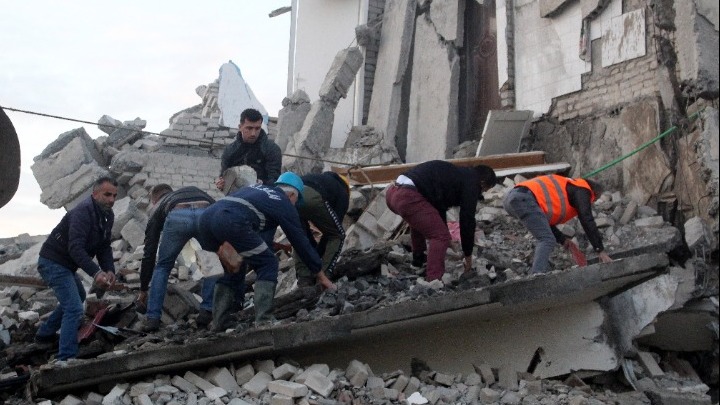 Prime Minister’s Director of Communications, Endri Fuga, highlighted on a tweet “Emergency rescue teams come from Kosovo, Italy, Greece and other neighbors. Rescuers receive help from volunteers in an unprecedented demonstration of solidarity. ”

Albanian seismologist Rapo Ormeni told Albanian television that this was the largest earthquake in the Durres area since 1926.

“We have victims. We are working to do everything possible in the affected areas,” Prime Minister Edi Rama wrote on Twitter.

Dechani monks take humanitarian aid to the people of Albania

Archbishop's meeting with the governor of the region of Central Macedonia