Lord Dr. Rowan Williams, chairman of the international organization “Christian Aid”, and former Archbishop of Canterbury, held a visit to the “Apostoli” NGO.

The executives of “Apostoli” NGO provided detailed updates to Dr. Williams on the actions and programs with particular regard to refugee and migrant issue, and the current situation in Greece.

The two parts discussed issues of further support and enhancing cooperation in both current and future actions and programs, particularly in new areas such as the environment, refugee issue, and youth.

Dr. Williams, who is academic and professor of Theology and Philosophy, gave a lecture, titled “Being Human”, at the House of Agia Filothei in Plaka. There was also a round table discussion, in which Metropolitan Gabriel of Nea Ionia and Philadelphia and Vice-President of “Apostoli”, Vice-President of Europa Nostra Kostas Karras, and Byzantinologist Dr. Niki Tsironi participated.

The exchange of views focused on a number of topical issues, including refugee and migrant issue, the importance of humanity and Christianity, the environmental crisis, the positive contribution of churches to meeting the challenges of our times, etc.

Representatives of Churches and British Ambassador to Greece Kate Smith attended the lecture. 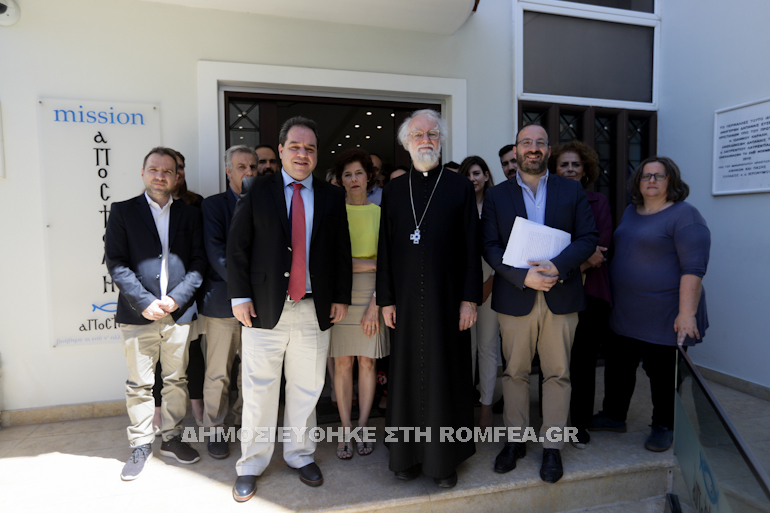 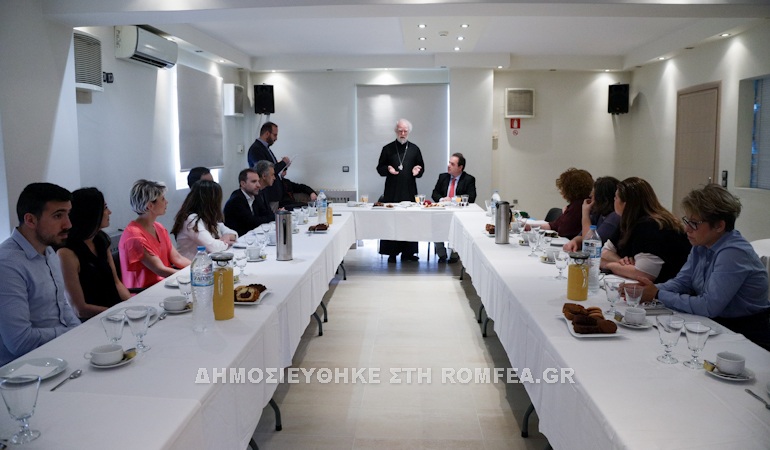 Archbishop Ieronymos: Holy Communion is not under discussion, gathering is something different

Medical goods and equipment donation by “Apostoli”, IOCC and AHEPA

Christmas table by “Apostoli” NGO for 3,000 families in Greece

A new impetus for "Theofilos" NGO