The description says: You can help to change our life

The “Apostoli” NGO stands by the side of the homeless and socially vulnerable groups in these difficult days by distributing food every week.

In the middle of coronavirus pandemic and in collaboration with the Municipality of Athens and the funding of the International Orthodox Christian Charities (IOCC), the “Apostoli” NGO group that offers daily hot food at the kitchen soups on Sofokleous Street started distributing “love parcels” with food so that none of our fellow human beings should be left alone and helpless.

Having as their main concern the support for our fellow human beings who are trying to meet their basic needs, the people of the charitable organization of the Holy Archdiocese of Athens will offer food parcels every week to more than 500 homeless people.

The Mayor of Athens, Kostas Bakogiannis, thanked the Archbishop Ieronymos of Athens and All Greece for his help as well as the “Apostoli” NGO for its continuous and valuable support.

The General Director of “Apostoli,” Konstantinos Dimtsas, stated that offering food and medicine for our homeless fellow human beings was the high priority for Archbishop Ieronymos of Athens and All Greece, as well as “Apostoli” NGO. 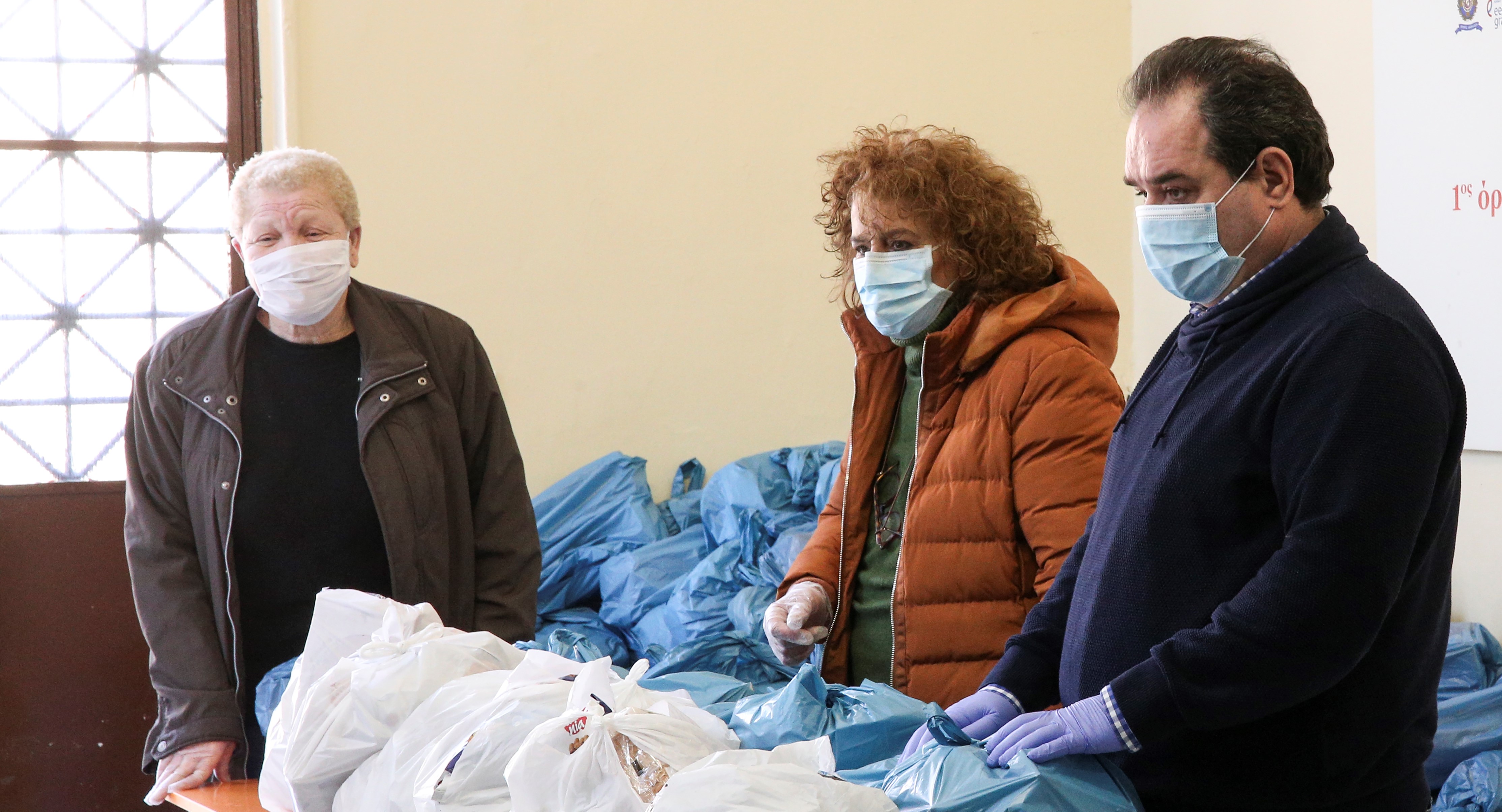 Metropolitan of Kitros, Katerini and Platamonas was transferred to AHEPA Hospital in Thessaloniki

Church of Greece: We participate in the mourning of the Church of Serbia

Metropolis of Sweden: Church services to be performed behind closed doors during Holy Week

The Holy Diocese of Aksum and Metropolitan Daniel, on the occasion of the repose in the Lord of the...

Professor of Microbiology: Churches will probably be closed during Christmas in Greece

Professor of Microbiology Alkiviadis Vatopoulos spoke on MEGA TV channel, regarding the developments on the coronavirus front. Asked if...

The cave of Agia Marina, is located about 1 km west of Dafni in the Municipality of Visaltia. Remains...

Greek FM: Turkey has left no room for positive agenda at the forthcoming European Council

"Turkey has left no room for any kind of positive agenda at the forthcoming European Council," Foreign Minister Nikos...

One month has passed since the opening of the School of Byzantine Music of the Holy Diocese of Belgium...