In yet another historic occasion for the Archdiocese in the District of Adelaide, Sunday, October 10, 2021, saw the first Divine Liturgy in decades in the regional city of Port Lincoln.

Port Lincoln is a picturesque city on the Spencer Gulf side of lower Eyre Peninsula, 650 km (7 hours) from Adelaide.

It is the main regional centre for much of South Australia’s West Coast. Its magnificent harbour is five times the size of Sydney’s, and for this reason, it was seriously considered as a site for the first European settlement in South Australia, though it eventually lost the battle for this honour to Adelaide due to a lack of known freshwater supply.

It is the major grain-handling port for the whole Eyre Peninsula, and in recent years it has become the self-proclaimed “Seafood Capital of Australia”, being the home of Australia’s largest fishing fleet, a hub for significant and innovative aquaculture industry, and the site of the famous Tunarama festival.

This thriving industry has earned it the title of “most millionaires per capita” of any place in Australia.

It has also been a site of significant growth in recent years, with the population growing from around 12,000 at the turn of the millennium to around 17,000 today.

It is unfortunate, therefore, that such a thriving regional centre, with a significant Greek population in the past, has been left unattended by the Church for decades for reasons beyond the control of Her will.

Nevertheless, on Friday, October 8, Bishop Silouan of Sinope, in order to “look for the wandering sheep”, set out with two of our priests (Fr Panagiotis Photakis – St Panteleimon, and Fr Jeremy Krieg – St Nectarios/Greek Welfare Centre) and a small band of laypeople to serve the flock of Port Lincoln.

The first stop was Whyalla (4.5 hours from Adelaide) – South Australia’s third-largest independent city after Mount Gambier – to serve the Matins and Divine Liturgy on Saturday morning at the parish of Sts Constantine and Helen. Like many regional centres, Whyalla once had a large Greek population and its own priest, but it now lacks a priest, and many have passed on or moved elsewhere. But unlike Port Lincoln, it at least has its own Church (in fact, one of the more impressive church buildings in South Australia).

A couple-dozen locals came to participate in the service, including some young families – boding well for the future of that community. The missionary team was even treated to coffee and kerasmata in the community’s hall after the service.

The missionary team then continued the 2.5-hour trip from Whyalla to Port Lincoln. The Matins and Divine Liturgy were hospitably accommodated by the local Roman Catholic congregation of “St Mary of the Angels”, who generously lent their church hall so that the Liturgy could take place on Sunday morning while they were saying their own Mass services.

It was discovered late that the parish had even forgone their own usual coffee hour to make way for the Liturgy to take place – an extremely moving gesture.

In addition to the dozen visitors from Adelaide, there were three locals who attended the service – a number that may seem small unless one remembers the Lord’s words: “where two or three gather in my name, there I am with them” (Matthew 18:20).

The service was followed by the obligatory tea and coffee, where the worshippers were accompanied by parish leaders of our hosts Fr Adrian and Dn Brenton.

After tea and coffee, the team went to investigate the local Hellenic hall, which was disused and fallen into a state of disrepair. However, the hall is situated on a decent-sized corner block, and the missionary team has already begun plans for turning it into a place of worship and a home for the local Orthodox population.

As a final duty before returning to Adelaide, His Grace went with a mother and daughter to the Port Lincoln cemetery, where a long-overdue trisagion was performed for the souls of the departed who have been interred there – may their memory be eternal.

The mission team then set off for the 7-hour car trip back to Adelaide.

All in all, it was a modest but promising start. There are obviously some significant hurdles to be overcome, and the task of reinvigorating the Orthodox community in Port Lincoln is formidable. However, with God all things are possible. 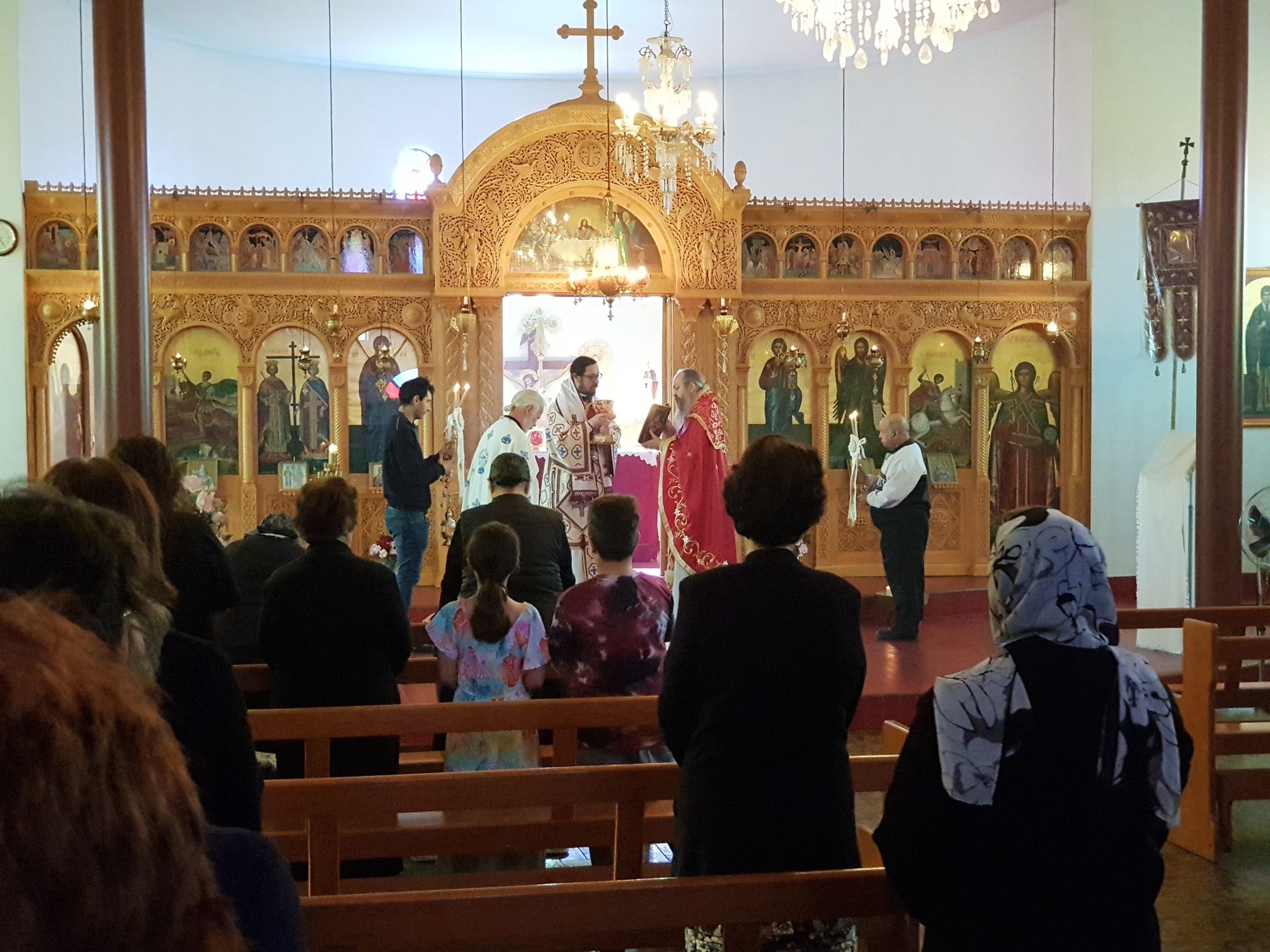 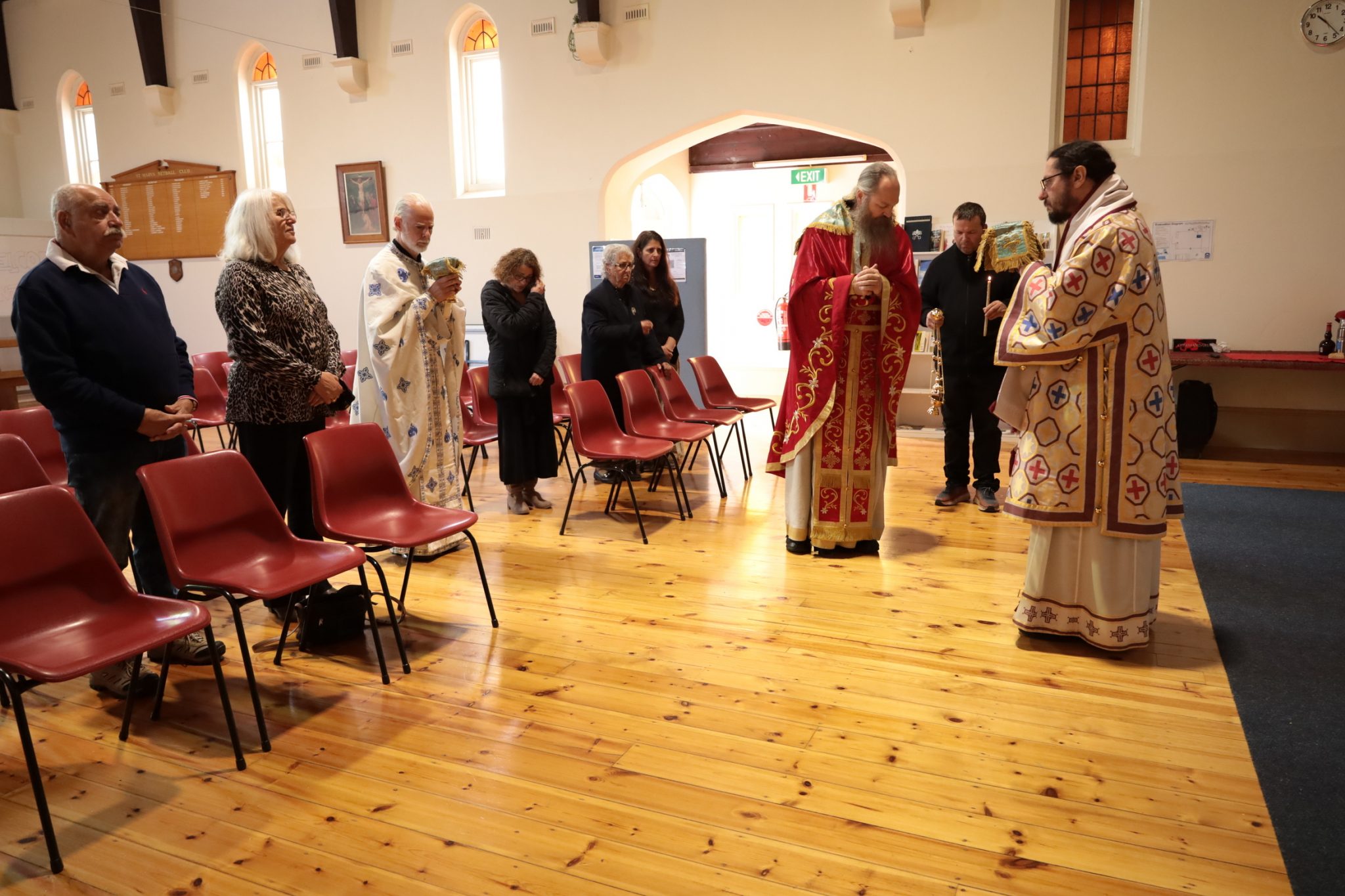