In the context of the interest and pastoral care of Metropolitan Cleopas of Sweden and All Scandinavia, for the flock of the Mother Church of Constantinople in the Nordic countries, it is announced that Metropolitan Cleopas, accompanied by the Archimandrite Alexandros Loukatos, Pastor of the Metropolitan Church of the Annunciation in Oslo, will visit Iceland and its capital Reykjavik, from Friday, March 4, to Sunday, March 6, 2022.

Metropolitan Cleopas will preside over the Hierarchical Divine Liturgy, which will be conducted at the Reverend Friðrik Friðriksson Chapel in Reykjavik, at 43MG + MJR, Reykjavik, on Sunday, March 6, 2022, at 10 a.m.

The Metropolitan will be visiting for the fifth time the most Northern part of Europe and of his Eparchy, following his recent visit in December 2021 to the Icelandic capital, where he will have meetings with local state and church officials, with the members of the Parish Council and members of the Greek community at large in Iceland.

For more information, you may contact the Holy Metropolis headquarters via e-mail at metropolisofsweden@gmail.com or Fr. Alexandros Loukatos at +47 968 ​​31 734, or via e-mail at greskprest@gmail.com. 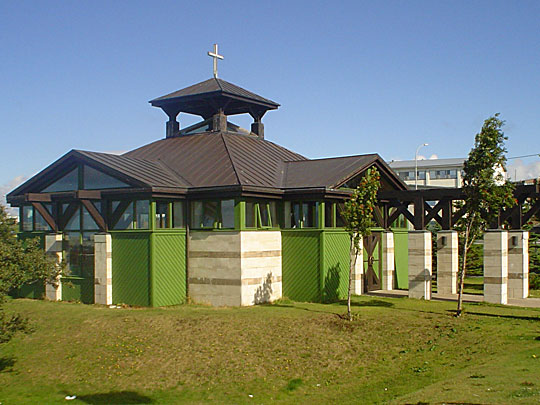 Pastoral visit of the Metropolitan of Sweden to Göteborg