The European Court of Human Rights has accepted to examine a complaint submitted by the head of the so-called “Kyiv Patriarchate,” Filaret (Denisenko), regarding the closure of this institution.

In particular, after the Unification Council in December 2018, the so-called “Kyiv Patriarchate” ceased to operate since it merged with the Orthodox Church of Ukraine, which had just been established after the granting of the Autocephaly Tomos by the Ecumenical Patriarch.

In this post, Tkachenko criticized with dismissive remarks the former Ukrainian President, Petro Poroshenko, and other people and described the dissolution of the so-called “Kyiv Patriarchate” as a “seizure.” 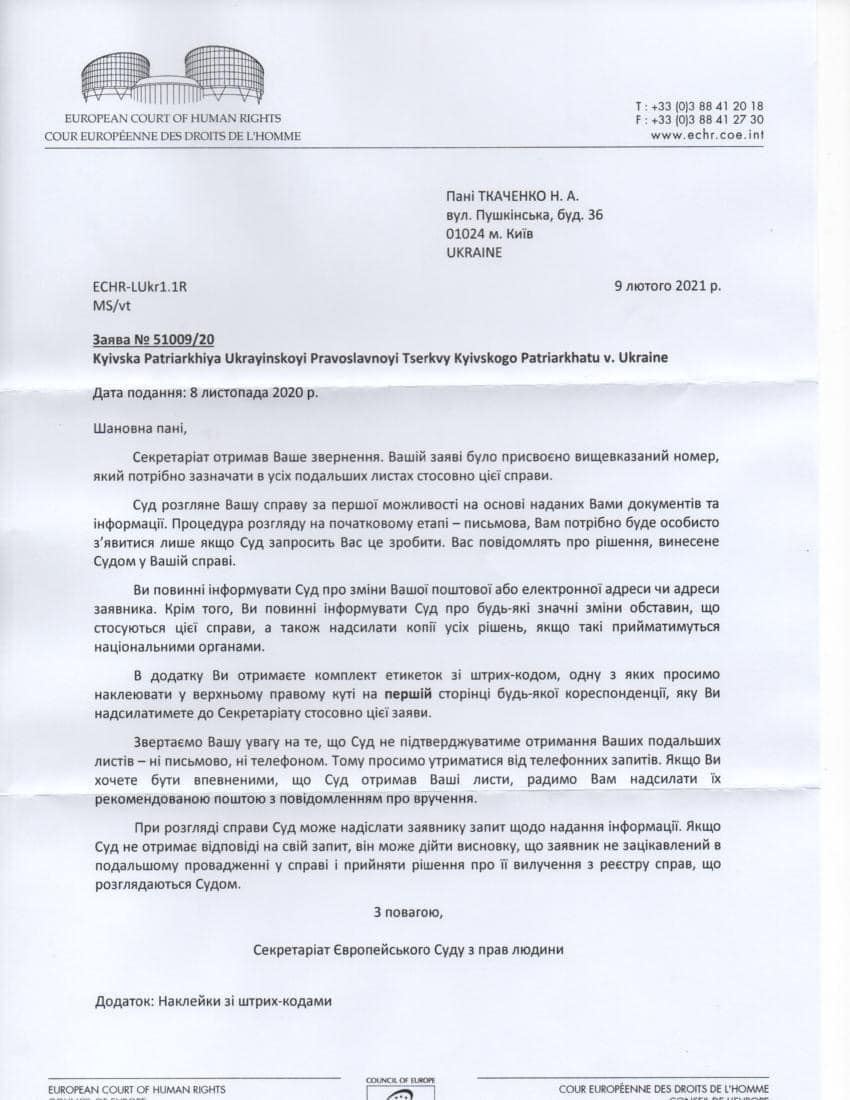 Ukraine appealed to the European Court of Human Rights against Russia

By Kostas Onisenko Metropolitan Epifaniy of Kyiv and all Ukraine sent warm wishes to the Ecumenical Patriarch Bartholomew on...

Patriarch of Serbia presided over funeral service for Milivoje Srbljan

Patriarch Porfirije of Serbia served a funeral service for Milivoje Srbljan, a long-term important member of the Choir of...

Sunday of the Prodigal Son: The road to Father’s house is only a change of mind away

The Church Fathers say that if all the Gospels were lost and only the story of the Prodigal Son...

The Church commemorates Saint Basil the Confessor, who was notable for the struggle against iconoclasm, Hieromartyr Proterius, who lived...

Archbishop of America to Ecumenical Patriarch: Many happy returns, Your All-Holiness!

In a post on social media, Archbishop Elpidophoros of America sent his wishes to Ecumenical Patriarch Bartholomew for his...

Metropolitan of Chalcedon: Thank you all for your support during my ministry in France

With the permission and blessing of Ecumenical Patriarch Bartholomew, Metropolitan Emmanuel of Chalcedon officiated the Divine Liturgy in the...