An official visit to the Patriarchal See was made by Patriarch Theodore of Alexandria, Deputy Minister of Foreign Affairs of Greece, responsible for matters of the Hellenic diaspora, Andreas Katsaniotis, on Tuesday, November 15, 2022.

Welcoming the Deputy Minister in the Throne room, the Patriarch expressed his joy for this visit, emphasizing the harmonious relations between Greece and Egypt, “which, reconciled, support the diverse work of the Ancient Patriarchate on the continent of the future, while setting a strong example that people can live peacefully under the protection of the All-Merciful God and indeed in the area of the Mediterranean”, as he characteristically stated.

At the same time, he once again expressed the gratitude of the Alexandrian Church to the Greek State, as well as to Prime Minister Kyriakos Mitsotakis, for the constant understanding towards the general missionary, pastoral, humanitarian, and national work on the African continent.

In his reply, the Deputy Minister thanked the Patriarch of Alexandria for the warm welcome and demonstrated the Greek Government’s undiminished support for the Ancient Patriarchate of Alexandria and all Africa, underlining its role as “a great link between Greece and all the African states”.

In conclusion, he categorically condemned the illegal entry of the Russian Church into the spiritual jurisdiction of the Second Throne Church, in Africa, which he characterized as unjust, arbitrary, and divisive in the modern turbulent world that needs the creative unity of Orthodoxy.

This was followed by an exchange of commemorative gifts as well as a guided tour for the Deputy Minister of the premises of the Patriarchal palace.

Present at the meeting were Narcissus, Metropolitan of Pelusium, Patriarchal Vicar of Alexandria, Panteleimon Metropolitan of Naucratis, Chief Secretary of the Holy Synod, the Charge d’Affaires of the Greek Embassy in Cairo, Maria Kehri, the Consul General of Greece in Alexandria, Athanasios Kotsionis, the Director of the Diplomatic Office of the Foreign Minister, Margaritis Christodoulou, the Director of the Special Office of the Foreign Minister, Nikolaos Protopapas, and others. 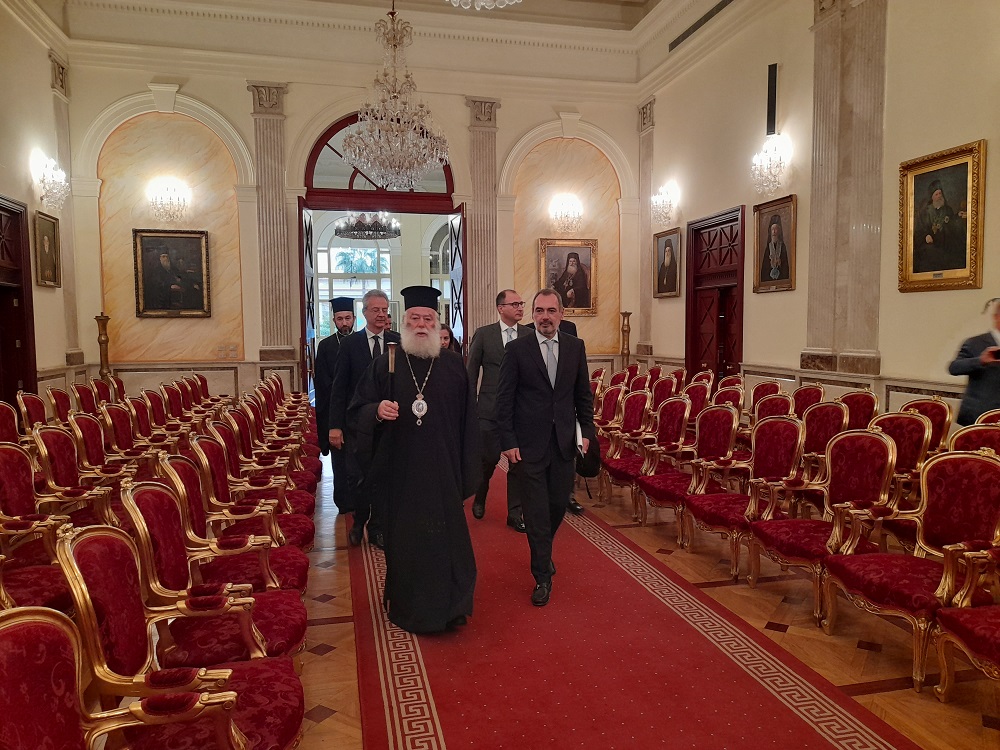 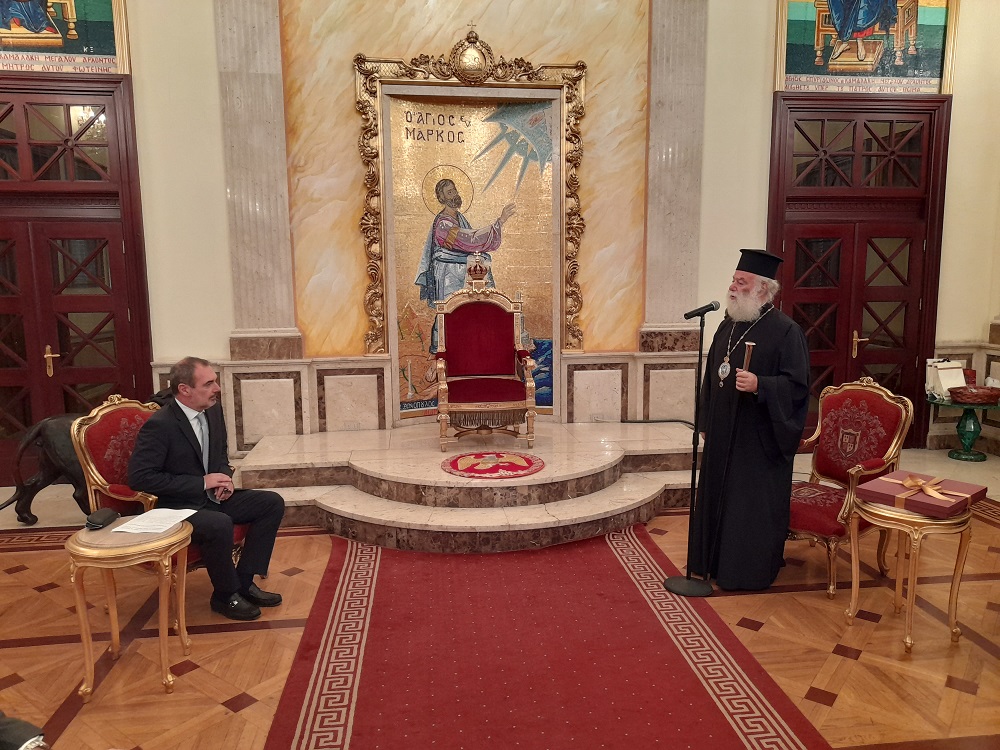 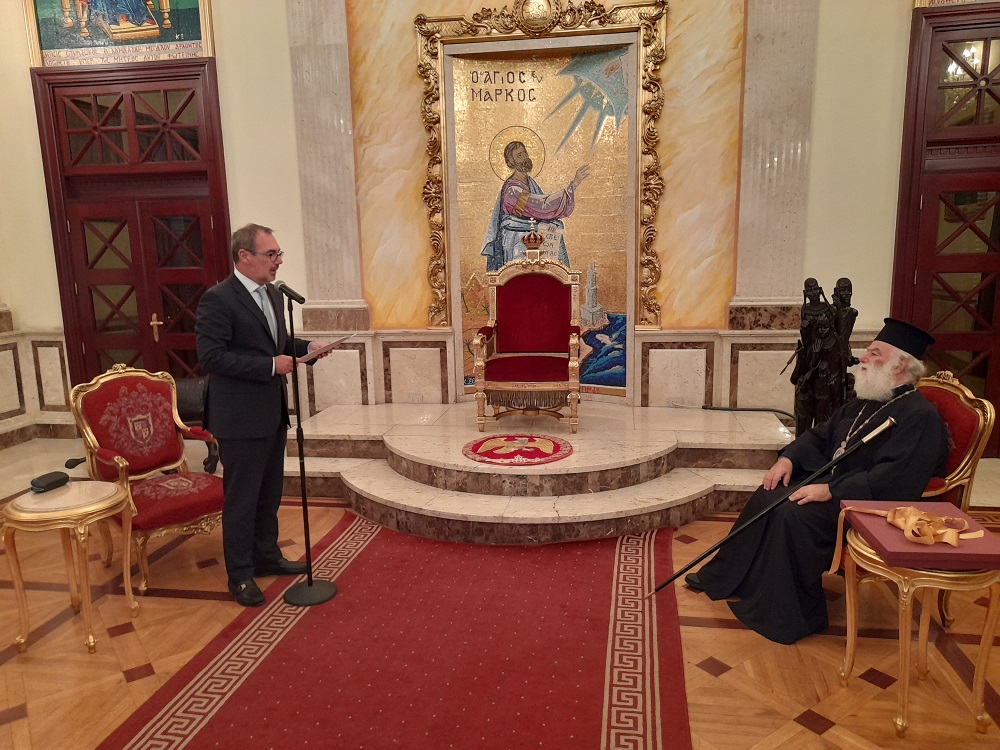 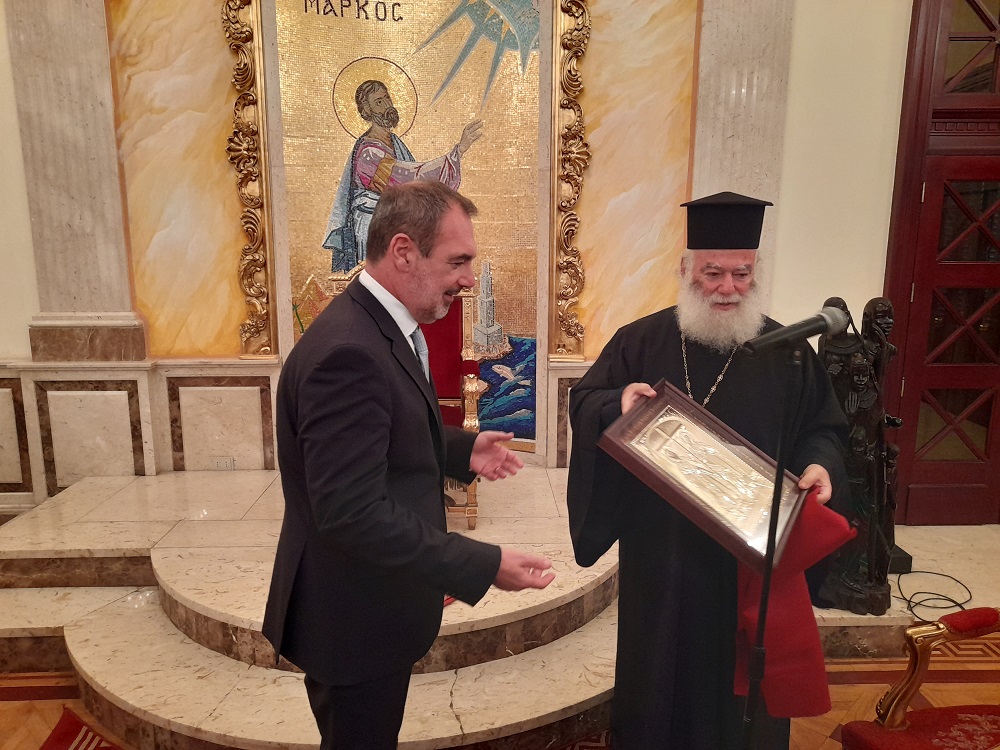 The Encyclical for the archdiocesan elections in Cyprus was issued