Archbishop of Australia: Strong ties between Cretans and Australians

The Greek Orthodox Archdiocese of Australia and the Greek Diaspora celebrated with great emotion the 79th anniversary of the historic Battle of Crete.

On Sunday the 17th of May, Sunday of the Samaritan Woman, a memorial service was held for the fallen of the Battle of Crete, which was officiated by the Archbishop of Australia at the Cathedral of the Annunciation in Sydney. The memorial service, as well as the Divine Liturgy, were broadcast online and on the Australian television, on Channel 31 in Melbourne, allowing thousands of parishioners to watch the services.

In his short homily at the end of the memorial service, the Archbishop stressed the need for the younger generations to read and learn history, not only to brag about their ancestors but also to become aware of their future responsibilities. “Our responsibilities for the future are related to what we received from our ancestors,” he said, “and this is the great message of the Battle of Crete.”

The Archbishop also spoke of the strong ties of friendship between the Cretans and Australians, referring to a bridge, the largest in the world, that connects the two places: “We can cross this bridge today since we do not forget the Battle of Crete. We remember people and events that connect the two places,” he said. “In this blessed place of Crete the blood of Australians has been shed,” he added, “and in this place of Australia, many Cretans have migrated and succeeded in life. They have flourished, as beautiful olive trees, and continue to take the lead in carrying the witness to the Australian society.” 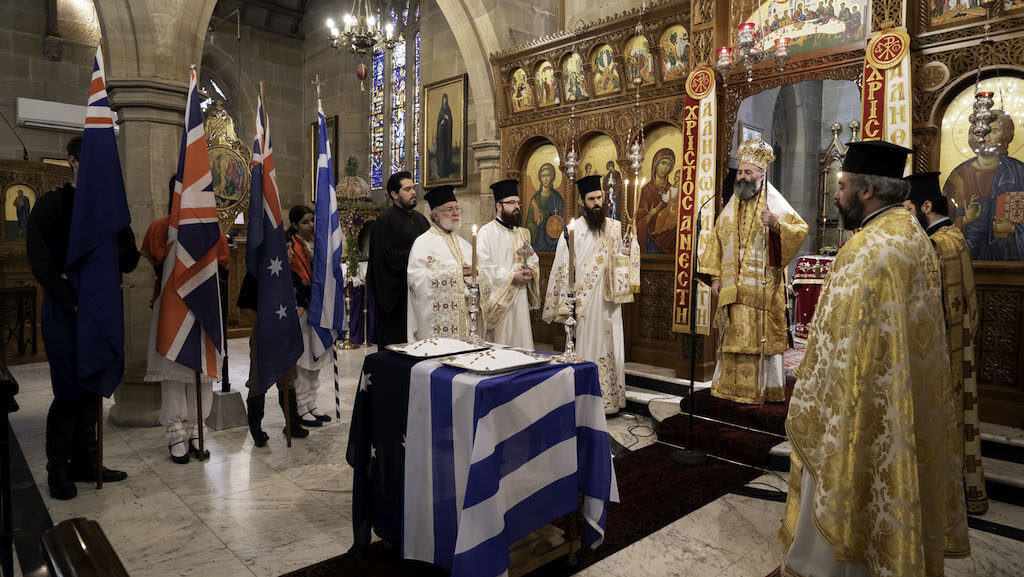 Message of Archbishop of Australia on Genocide of Greeks of Pontus

Archbishop of Australia:  I cannot forget this day and I turn my mind with gratitude to Ecumenical Patriarch

Sunday of the Samaritan Woman