On the morning of Sunday, May 9, Archbishop Makarios of Australia presided over the Divine Liturgy for Saint Christopher and Saint Thomas the Apostle in the Monastery of St. George in Yellow Rock, New South Wales.

May 9 is a day of joy and emotion for the local Church as it marks the unanimous election of Makarios as Archbishop of Australia by the Holy Synod of the Ecumenical Patriarchate.

On the second anniversary of his election, the Archbishop received the cordial wishes of the monks of the brotherhood and the pilgrims who participated in the Divine Liturgy while expressing his gratitude to Ecumenical Patriarch Bartholomew and to the Holy Synod for entrusting him with the shepherding of the flock of the Holy Archdiocese of Australia.

Finally, after the Divine Liturgy, the Archbishop performed a Trisagion for the rest of the soul of the first Archbishop of the Greek Orthodox flock of Australia, Metropolitan Christopher of Australia and New Zealand. 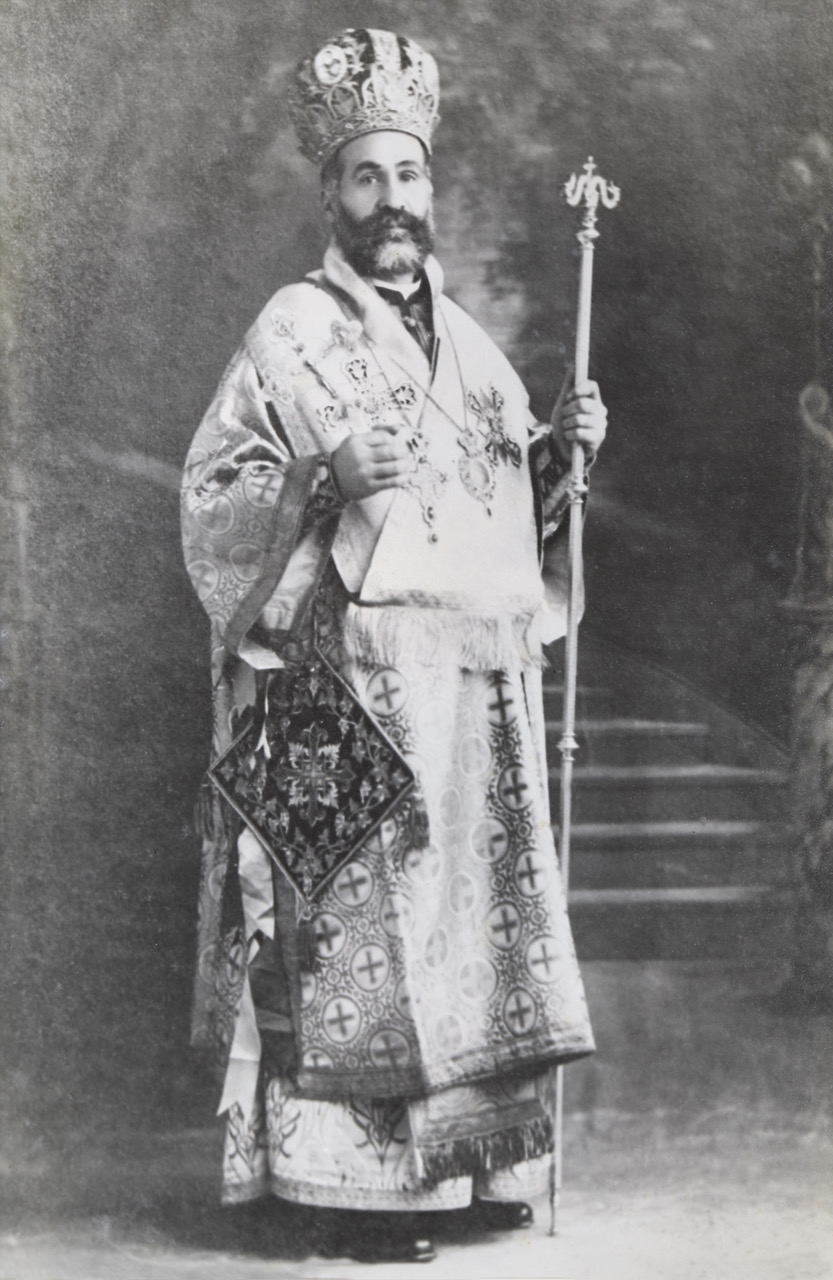 Election of Makarios as Archbishop of Australia

The Archbishop of Australia stood before the Ecumenical Patriarch on May 10, 2019, and the Holy and Sacred Synod in order to be elected.

In his response, the new Archbishop of Australia had expressed his gratitude for his election: “You send me as the successor of late Archbishop Stylianos, in one of the most powerful regions of the Ecumenical Throne, with hundreds of thousands of faithful congregation. I promise not only to preserve what I receive but also to multiply these gifts.”

The Greek Orthodox Archdiocese of Australia posted on Facebook today:

Two years since the joyful message of the election of Makarios as the new Archbishop of Australia.

Our respect, love and trust will always strengthen him during his sacrificial ministry for the sake of the Greek Orthodox flock of Australia!

We wish you many years, blessed and fruitful, Your Eminence!

His doctoral dissertation was received and passed with an “Excellent” score from the Medical School of the University of Crete. The work was published under the title, Cloning: Social, Ethical and Theological Components.

Since 2003 he has been teaching at the Higher Ecclesiastical Academy of Heraklion. He has occasionally taught courses at various universities, including Hellenic College, the Medical Schools of the Universities of Crete, Thessaly and Athens.

In May 2015 he was elected First Dean of the Theological Seminary of the Autonomous Church of Estonia.

After many years in priestly positions, on the Easter Sunday of 2008, the Ecumenical Patriarch, Bartholomew appointed him Archimandrite of the Ecumenical Throne at the Phanar.

He served in many senior positions in the Holy Archdiocese of Crete until he was elected bishop.

He founded and runs the Publishing Series “All About Bioethics”, which is under the auspices of the Church Mother of Constantinople.

On April 27, 2015, he was unanimously elected Bishop of Christoupolis by the Holy Synod of the Ecumenical Patriarchate.

He attended the Holy and Great Synod of the Orthodox Church of Crete in 2016 as a counselor to the Ecumenical Patriarchate Delegation.