The school celebration of the anniversary of October 28, 1940 at the Patriarchate of Jerusalem (VIDEO)

On Friday, October 28, 2022, a celebration of the Patriarchal School of Zion took place in its ceremony hall, on the hill of Holy Zion in memory and honor of the national anniversary of October 28, 1940.

The ceremony was honored primarily with the presence of Patriarch Theophilos of Jerusalem and the sponsor of the Patriarchate, Athanasios Martinos, the Consul General of Greece, Evangelos Vlioras, the President of the School Board, Archbishop Isidoros of Hierapolis, Hagiotaphite Archimandrites and Priests, and Archimandrite Antypas from Mount Athos, members of the Greek Community and pilgrims from Greece.

The well-organized program of the celebration began with the Prologue by the Schoolmaster Archimandrite Mattheos and the solemn speech by the School teacher, Hierodeacon Dositheos.

The courageous attitude of the Greeks of the generation of 1940, inherited by our ancestors of old was recreated and presented in both the above speeches as well as in the readings and reciting by the students of the School and in the performances of the songs on stage as well as from the screen scenes.

Through this mindset, Greece faced and repelled, initially through the courageous “no” of Prime Minister Metaxas, the Fascist Italian invasion, then the inhumane Nazi German occupation, which caused the confiscation of property and homes, starvation, and individual and group executions. These are just a few of the crimes-scars of Hitler’s German occupation.

All the regions of Greece, from Epirus and Thrace to the Peloponnese and Crete, resisted these, fighters and people, women and men, young and old, delayed Germany’s invasion of Russia and brought about its downfall.

The Patriarch and the Consul General Evangelos Vlioras praised the achievements and dedication of the students in this celebration and the successful creation of a spirit of modest national pride.

Patriarch Theophilos thanked the Managing Director of the School and the teachers for the perfect organization of the celebration and Martinos for his practical financial support to the Patriarchate and for taking on the responsibility of renovating the Catholicon of the Church of the Holy Sepulchre.

He also thanked the Consul General for his lively and practical interest in the School. He especially thanked the Managing Director of the School Archimandrite Mattheos for choosing students for the school’s operation, which is a continuation of the life of the Patriarchate. 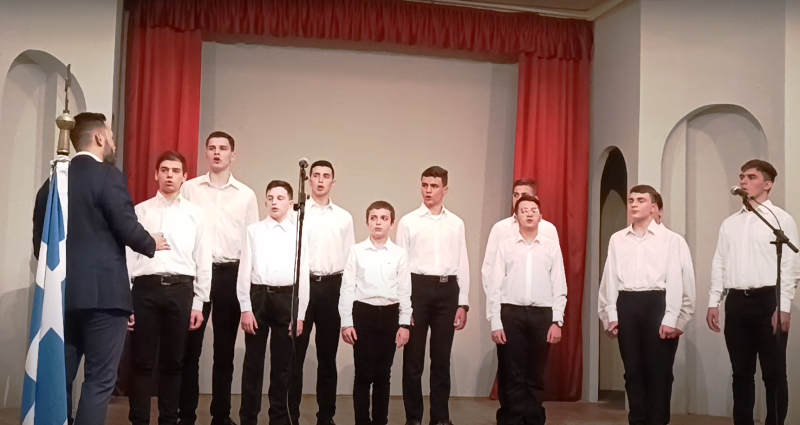 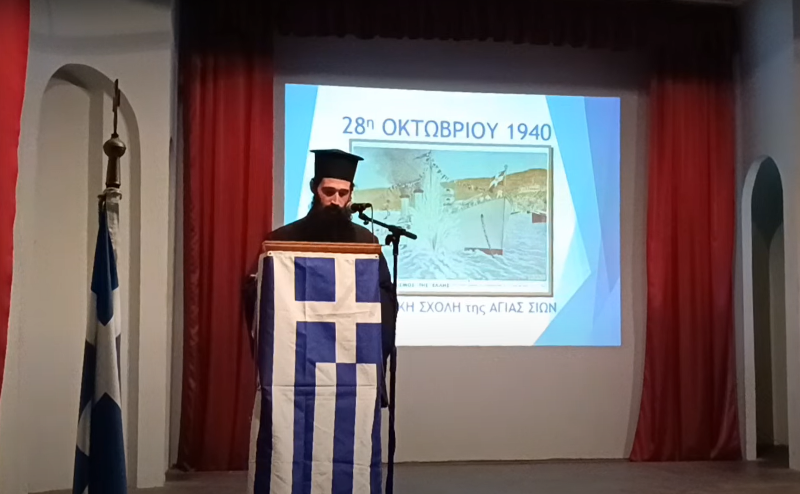