Patriarch Theodore of Alexnadria and Archbishop Ieronymos of Athens

Patriarch Theodore of Alexandria and all Africa honoured today, Tuesday June 11, 2019, Apostoliki Diakonia Service of the Church of Greece.

The honourary event is held in the presence of Archbishop Ieronymos of Athens and All Greece and the President of the Hellenic Republic, Prokopis Pavlopoulos.

A short time ago, Bishop Agathangelos of Fanari welcomed the Patriarch of Alexandria at the entrance of the Petraki Monastery and they both headed to the interior of the church, where Archbishop Ieronymos received them.

The event was attended by archpriests, the Protosyncellus of the Archdiocese, Bishop Symeon of Thespies, the Chief Secretary of the Holy Synod, Archimandrite Filotheos Theoharis, UNESCO Goodwill Ambassador Marianna Vardinoyannis, the Ambassador of Egypt, a representative of the Embassy of Morocco, the representative of New Democracy, Olga Kefalogianni, the spokeswoman of the newly elected Mayor of Athens, Anna Rokofillou.

For 50 years, Apostoliki Diakonia of the Church of Greece has been in charge of the missionary work of the Orthodox Churches around the world, and especially in the African continent. 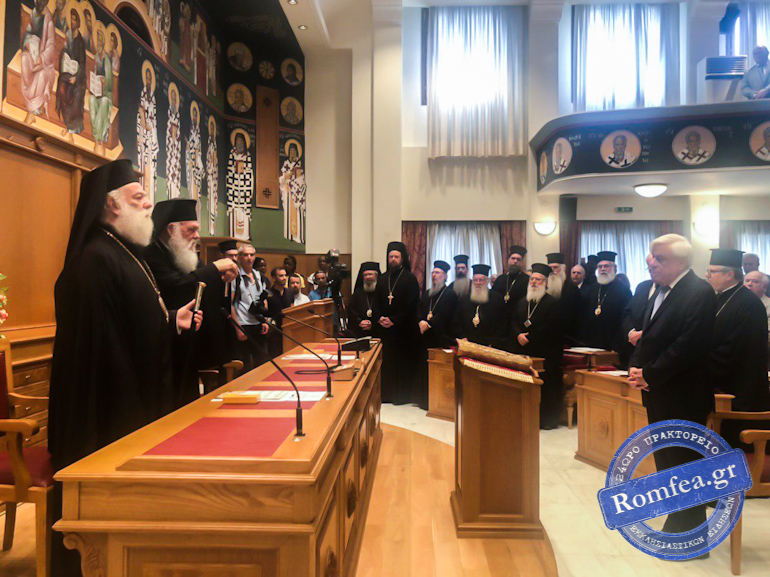 The Patriarchate of Alexandria honored two of its eminent members

Patriarch of Alexandria to celebrate 30 years since his episcopal consecration