On April 12, 2022, the Secretary-General for Greeks Abroad and Public Diplomacy of the Greek Ministry of Foreign Affairs, Ioannis Chrysoulakis, met Patriarch Theodore II of Alexandria and All Africa, who is currently paying an official visit to Athens.

Numerous issues related to Hellenism in Africa and Orthodoxy were discussed. Metropolitan Chrysoulakis was informed about the work of the Greek Orthodox Patriarchate, expressed his deepest respect and appreciation to the Archbishop, and reaffirmed the will of the Greek State to provide all forms of assistance to his most important work. The long tradition of the Patriarchate of Alexandria, apart from the spiritual guidance of the Greek Orthodox flock, has shown significant and rich charitable and educational work, paving the way throughout Africa and offering valuable service to both Orthodoxy and Hellenism.

The Patriarch thanked Chrysoulakis for his support to the Patriarchate of Alexandria and pointed out that maintaining the unity of the Orthodox Churches remains a high priority.

Wider ways of cooperating and assisting the work of the Patriarchate were discussed, as well as the organization of hospitality programs in Greece for expatriates and youth from Africa, and it was agreed to coordinate the dispatch of scout uniforms to Orthodox Scouts in the Democratic Republic of Congo.

During the meeting, the possibility of supporting all the Metropolises of the Patriarchate and the provision of assistance by the Greek Scouts to the Patriarchate of Alexandria in the new camping area that will be created in Heraklion, Crete, was also examined. The catalytic contribution of the Ministry of Foreign Affairs through the Secretariat of Greeks Abroad and Public Diplomacy in this effort was highlighted. 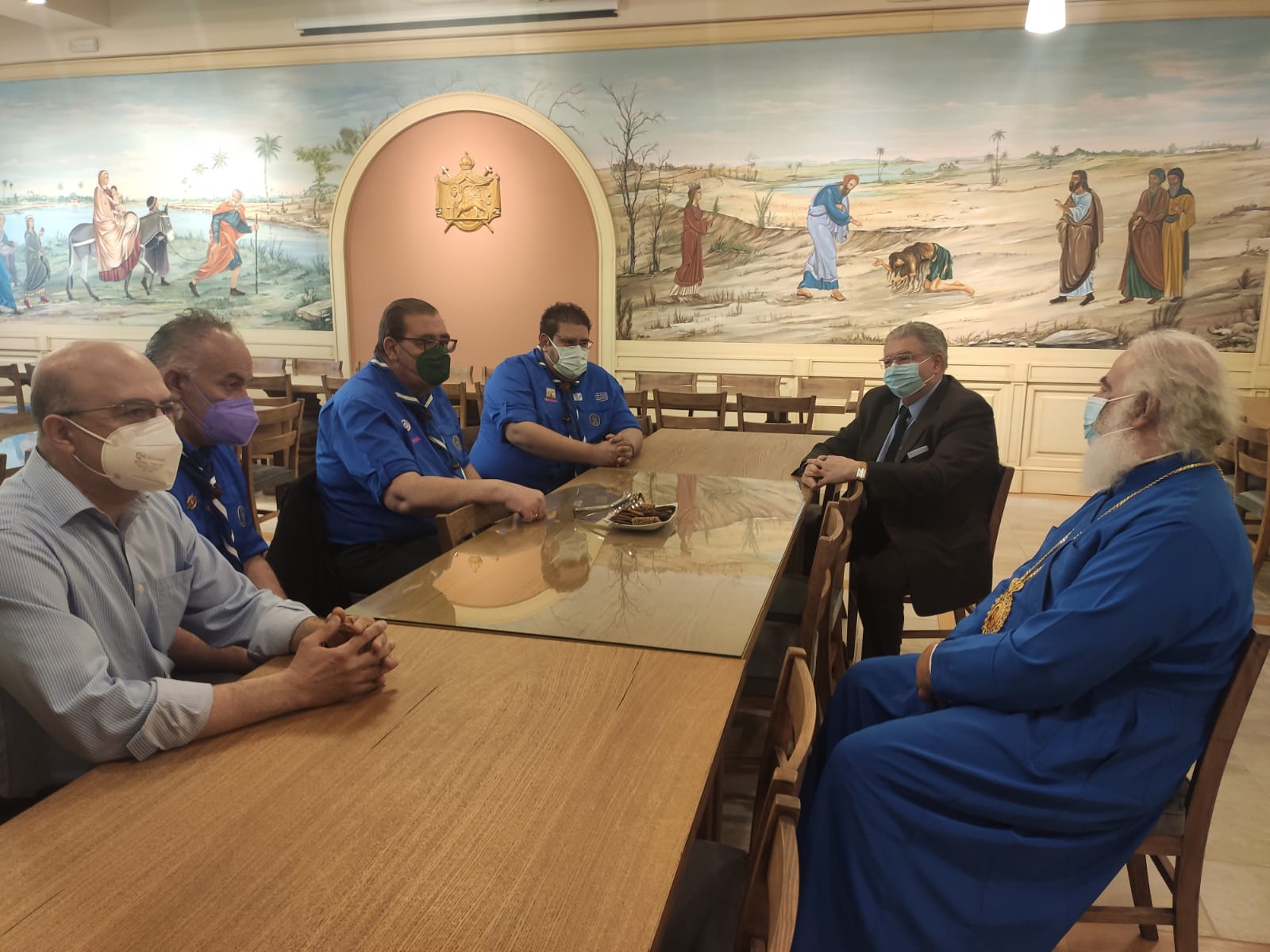 Trisagion for late Metropolitan Germanos of Tranoupolis in Halki seminary