In a moving ceremony, the Ecumenical Patriarch Bartholomew presided over the Divine Liturgy for the feast of the Epiphany (according to the Julian Calendar), which was held at the Church of St. Basil in Triglia, in the town of Bursa.

In the presence of the delegation of the Regional Union of Municipalities of Central Macedonia, Metropolitan Barnabas of Neapolis and Stavroupolis, the consular authorities of Greece and Ukraine, and many faithful from Asia Minor who traveled from Greece to Triglia, the Blessing of the Waters and the throwing of the Holy Cross took place for the fifth year.

In his message, the Ecumenical Patriarch Bartholomew said that Epiphany is “the revelation of the supreme mystery of our religion” and underlined that “the grace of baptism gives us the joy of a new life.” He added that “we no longer meet in the land of Asia Minor the once thriving communities, schools, churches, and monasteries. We find the footprint of our ancestors everywhere. Their love for education. Their social sensitivity and concern. In all this, we discover the seal of orthodoxy.”

The Ecumenical Patriarch, addressing young people, advised them “to know and embrace the values that saved the Nation and to be a guarantee for the future. Each generation is the link in the chain that connects the past with the present and the present with the future. If a link is broken, cohesion breaks.”

Immediately afterwards, the Ecumenical Patriarch Bartholomew and the delegation of PEDKM visited the old Greek school of Triglia, in the presence of the mayor of Mudania, Hayri Turkyilmaz. There, the Ecumenical Patriarch and the mayor of Mudania symbolically planted two olive trees in the courtyard of the school, which was renovated and functions as a cultural center by the relevant municipality.

Earlier, the entire Greek delegation was guided to the building and to a painting exhibition. The President of PEDKM and Mayor of Pylaia – Chortiatis, Kaitezidis, in his address to his Turkish counterpart, said he was happy “because we choose to follow the path of friendship, cooperation, and peace. After all, this is what we self-administrators have to do, to build bridges of cooperation and friendship between our societies.”

“Today we are uniting our voices to send a strong message. If we have faith, love, and unity we can overcome our disasters and walk together in a future of peace and creation. What unites us is much more than what divides us,” Kaitezidis added.

The mayor of Mudania said that “peace is a gift and a good thing” and pledged that he will continue the effort to restore other monuments, such as the old oil press of the Greeks and the church of St. George. 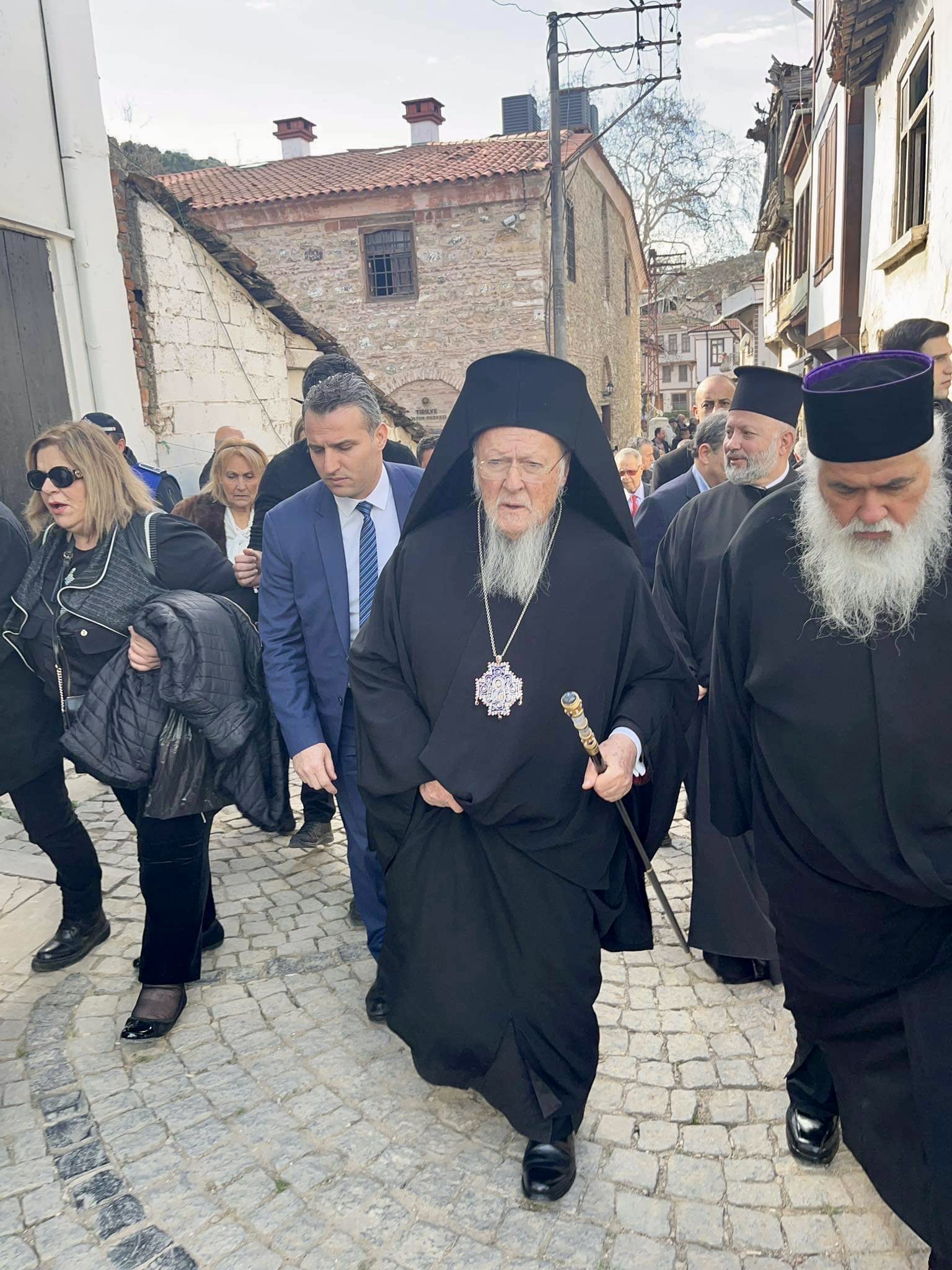 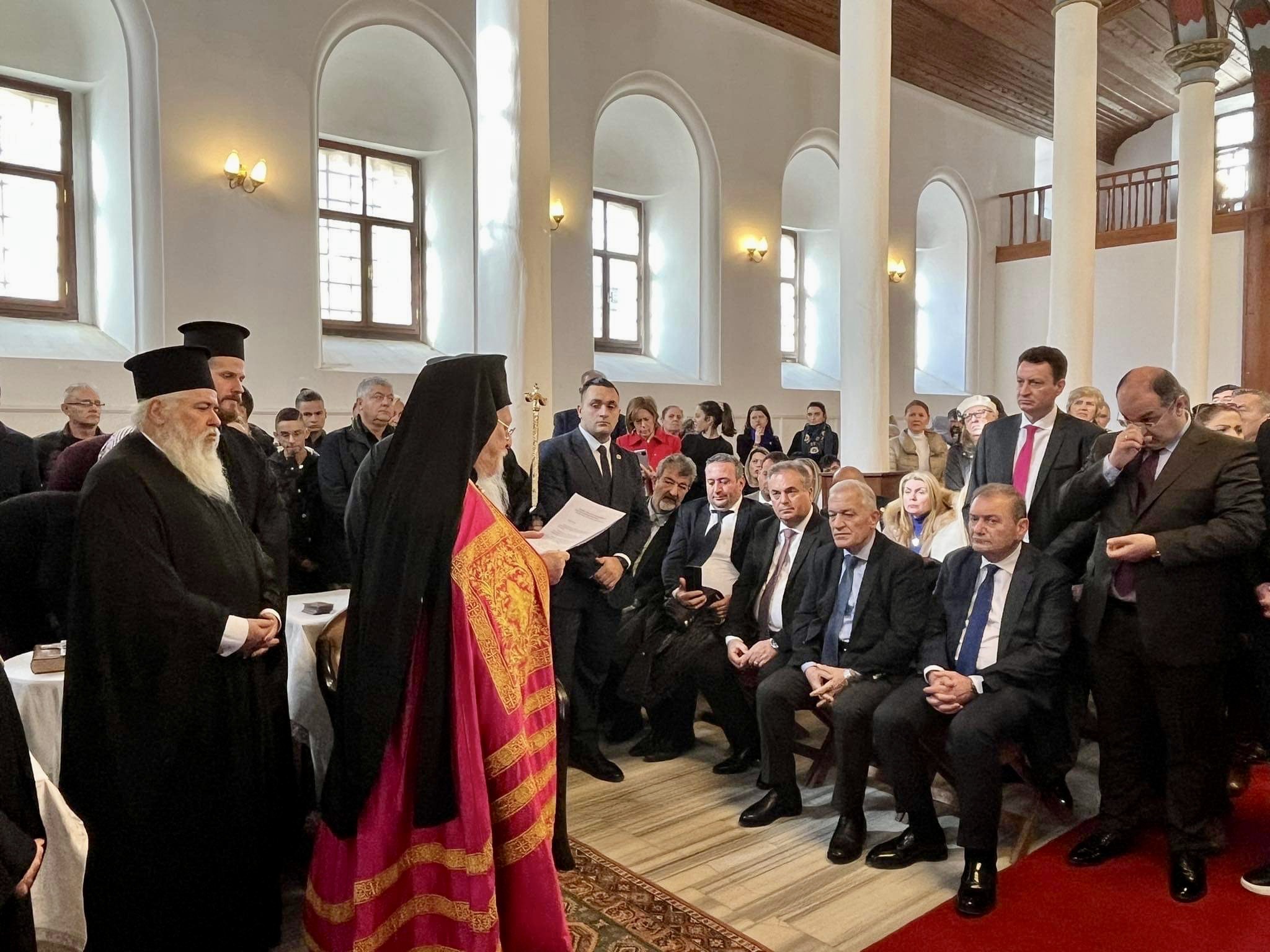