The Committee of the Repatriation Center for Repatriated and Migrants – Ecumenical Refugee Program met today at the initiative of Archbishop Ieronymos of Athens and All Greece, in light of the increasing flow of refugees and immigrants to Greece.

The meeting was attended by the Minister of Citizen Protection, M. Chrisochoidis and the Deputy Minister, G. Koumoutsakos, as well as the Metropolitan of Samos, the Chief Secretary of the Holy Synod, Archim. Filotheos Theocharis, and the Director of the Central Financial Services of the Church of Greece, Archimandrite Nicodemos Farmakis.

During the meeting, the Archbishop emphasized that the Church, following the evangelical exhortation to help the brother and sister in need, regardless of colour, religion or origin, is ready to contribute and help the Greek State.

Proposals were also submitted by the Metropolitans Athenagoras of Ilion, Acharnes and Petroupolis, Gabriel of N. Ionia and Philadelphia, and Timotheos of Thessaliotis and Fanariofersala, as well as by the Director of the Central Financial Services of the Church of Greece and Archimandrite Panteleimon Papasynefakis.

The main focus of the discussion and the main concern of the Church was to uphold the high standards of implementation of the programs put into effect by the Church which have made her the most reliable implementer at a European level.

For this reason, the Church considers it essential to participate in all stages of the implementation of the programs it will undertake, i.e. hospitality-education-employment-social inclusion. Priority is also given to unaccompanied minors and refugee families. 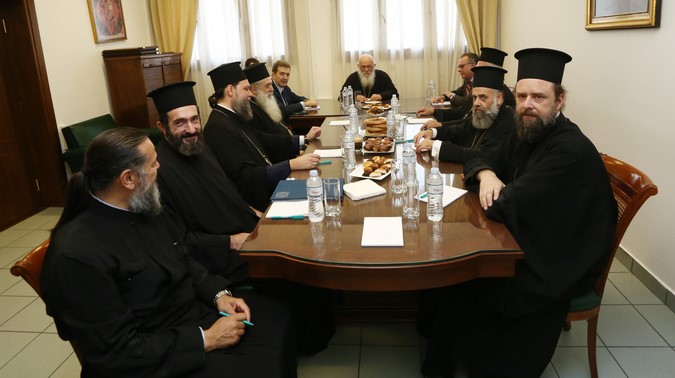 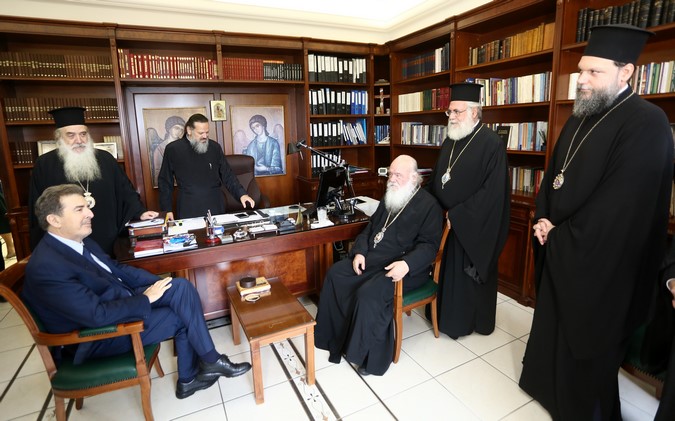 Archbishop of Athens on pandemic: We listened to the experts and protected the supreme good of human life (upd)

Greek govt examines the possibility of mandatory masks in churches

Bells in Lesbos, Samos, Chios have been ringing mournfully for Hagia Sophia since this morning

The Divine Liturgy was celebrated in English and Memorial for the Roma Genocide at the Archdiocesan Chapel which was...

Metropolitan of Kyiv: Let us pray for our brethren in Lebanon who are in pain

Metropolitan Epifaniy of Kyiv and All Ukraine sent a message of support to the people of Lebanon. "I am...

Patriarch Irinej of Serbia: Condolences to Patriarch John of Antioch

Patriarch Irinej of Serbia sent condolences to Patriarch John of Antioch: Your Beatitude, dear Us in Christ brother and...

The Synaxarion of the Orthodox Church helps us, through modern hagiology, to confirm that the Saints lived the miraculous...

Following the guidelines issued by the Church of Greece earlier this week, the Holy and Sacred Synod provided details...

Patriarchs and Heads of Churches of Jerusalem: We stand with people of Beirut and Lebanon as they mourn

Patriarchs and Heads of Churches of Jerusalem issued a statement regarding the devastating explosion in Beirut. According to the...