Patriarch Theodore II of Alexandria and All Africa made an official visit to the headquarters of the Roman Catholic Church, at the Vatican, at the invitation of Pope Francis of Rome.

As part of this visit, Patriarch Theodore met on Saturday morning, 21 January 2023, with Pope Francis, in which he presented the multilateral missionary and humanitarian work that the ancient Patriarchate of Alexandria is developing throughout the African continent, the objective problems, as well as certain obstacles arising therein.

The two Primates pointed out that in the current period of time, where war, as it happens in autocratic martyred Ukraine, poverty and destitution, climate change, the refugee problem, the protection of human rights and social inequality, the protection of childhood and women, religious fundamentalism, the crisis of principles and values, etc., the common struggle of all is one way, primarily of the spiritual orders, to promote the solidarity and fraternity of the peoples, in the knowledge that the very life of the Church is the great revolution in the field of human relations, protection, sanctity, and beauty of the person and the highlighting of his eternal destiny in Christ.

The meeting was attended by Cardinal Kurt Koch, President of the Pontifical Council for the Promotion of Christian Unity, Bishop Brian Farell and Monsignor Andrea Palmieri, Secretary and Undersecretary respectively of the above Council, and Metropolitan Georgios of Guinea, Metropolitan Gennadios of Botswana and Metropolitan Panteleimon of Naucratis, Chief Secretary of the Holy and Sacred Synod.

At noon, Pope Francis hosted a lunch in honor of Pope and Patriarch Theodore II of Alexandria and all Africa, and the members of his entourage. 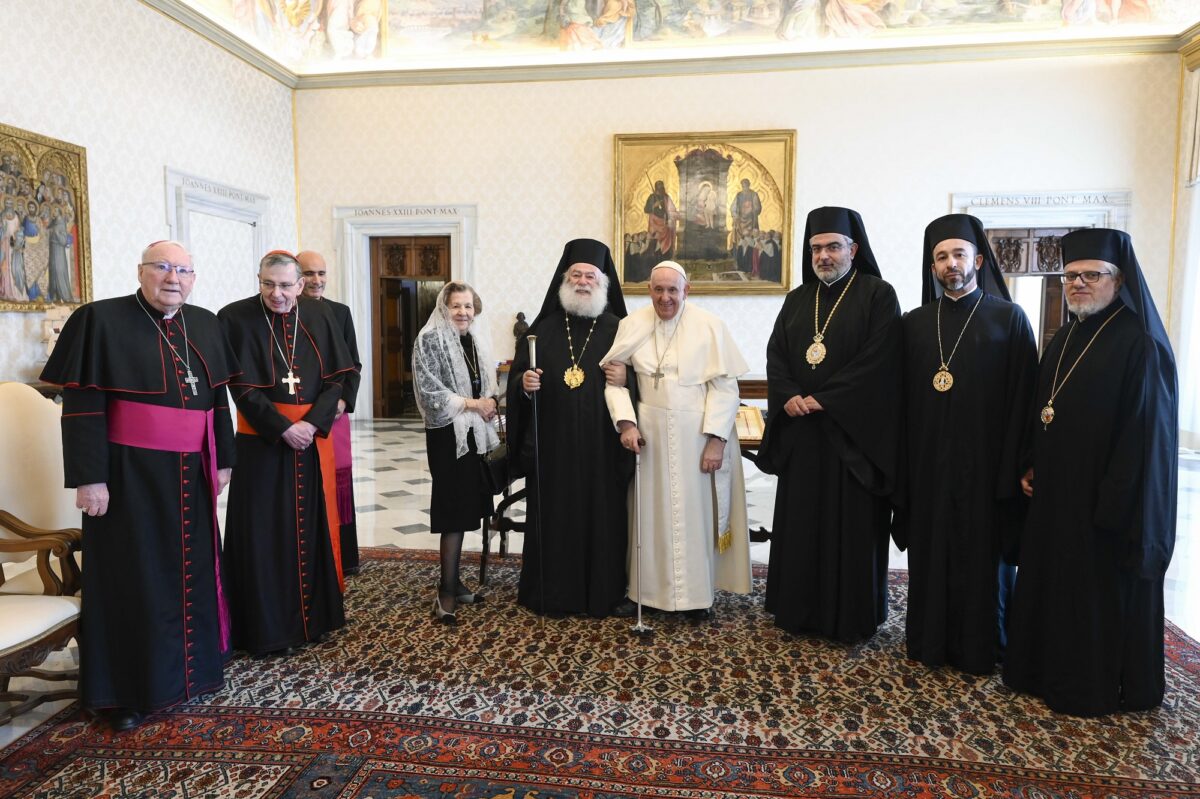 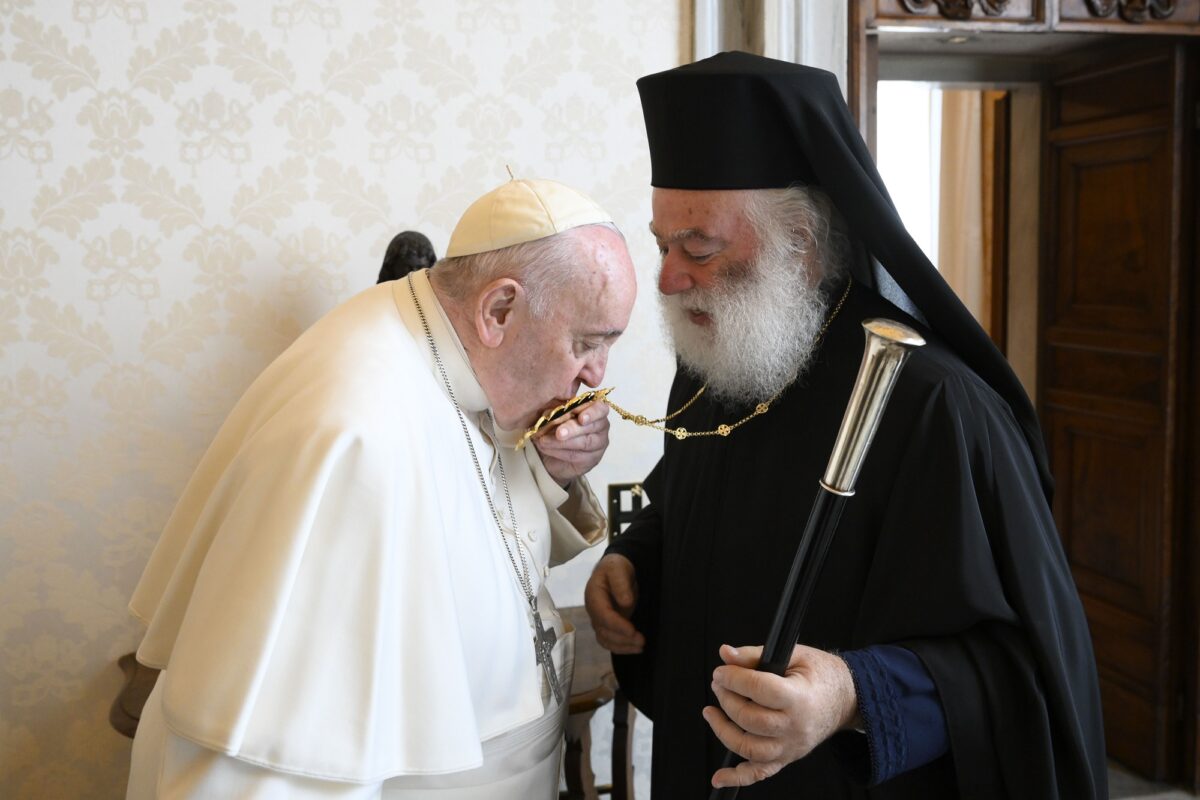 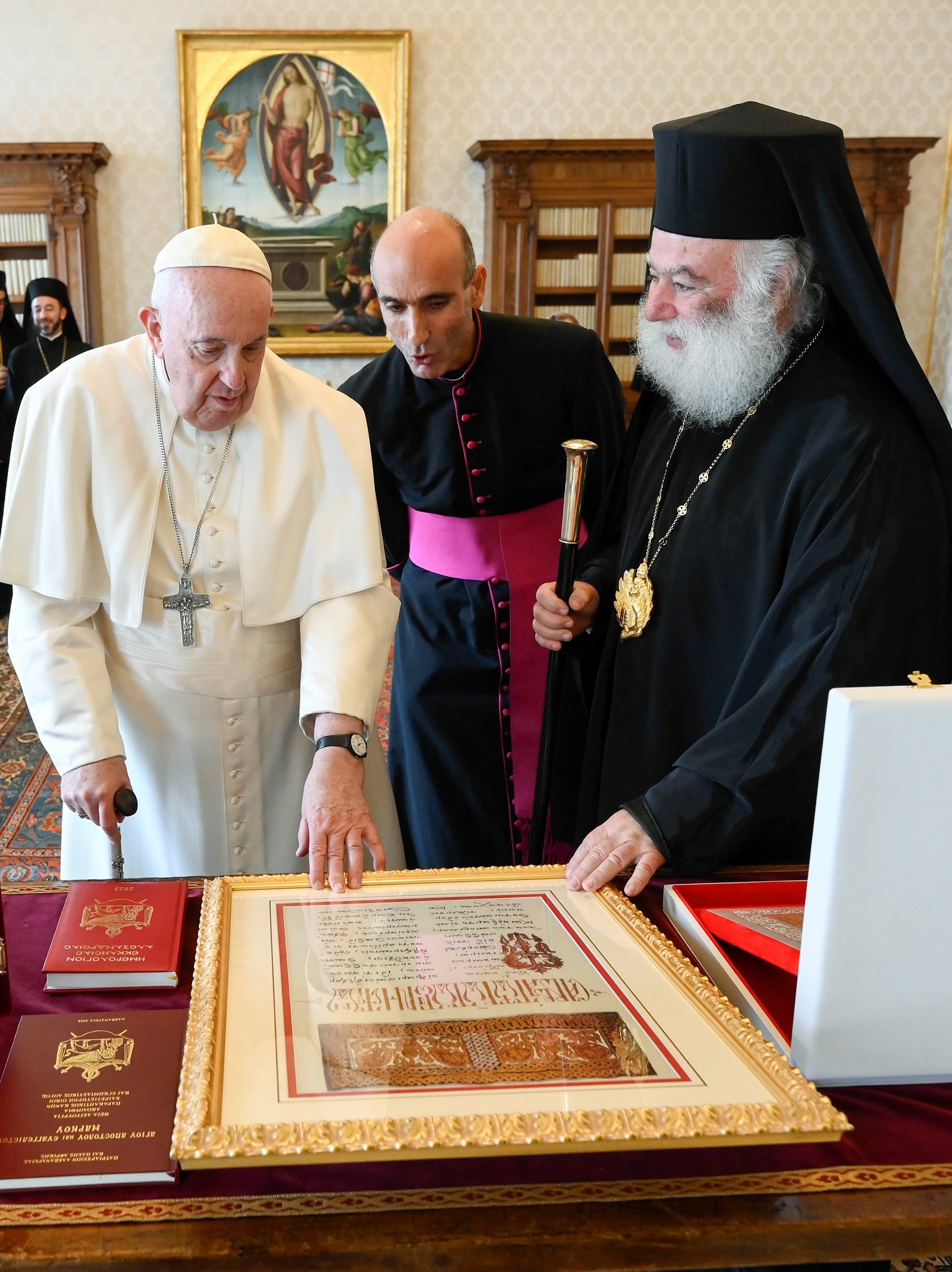