On Friday, September 9, 2022 Patriarch Theodoros II of Alexandria and All Africa arrived in the city of Toliara in Southern Madagascar.

The great interest of Patriarch Theodoros in the mission is a given and this can be seen from his many pastoral tours throughout Africa. It is the third time he has visited Madagascar and the first time he is visiting the diocese of Toliara and Southern Madagascar.

At the airport of Toliara at 12:00, the Patriarch was welcomed by the regional Bishop Prodromos of Toliara and Southern Madagascar, the local authorities, the Vicar General and the Hierarchical Vicars of the three Hierarchical regions. Upon Patriarch’s arrival 100 people from the army and police and the local Zartan paid their respects.

In addition, the philharmonic of the city of Toliara played the Greek national anthem – this happens not because of a colonialist perception of mission, after all, Orthodox mission boasts of its non-interference in what is called colonialism, but because based on the protocol of the state of Madagascar, the national anthem of the country is officially heard only in the presence of the Prime Minister and the Minister of Foreign Affairs.

Also, a large group of young people from the local church communities extended a warm welcome to Patriarch Theodoros and as expected he did not remain unmoved showing once again the special love he has for the children and young people of Africa.

Then followed an enthusiastic reception by the Orthodox people for their spiritual father and a Doxology in the Holy Church of Saint Andrew.

Bishop Prodromos of Toliara, with heartfelt words and feelings of true love, welcomed the missionary Patriarch and thanked him for his visit to this new diocese of the Patriarchate of Alexandria, which, as he emphasized, is a creation of his heart.

The Patriarch addressed words of paternal love, referring once again to his vision for the course of the mission and Orthodoxy in Africa, especially for this region and the new diocese.

Finally, in an atmosphere of joy and emotion, he blessed the local clergy and laity present and left to continue his pastoral missionary tour. 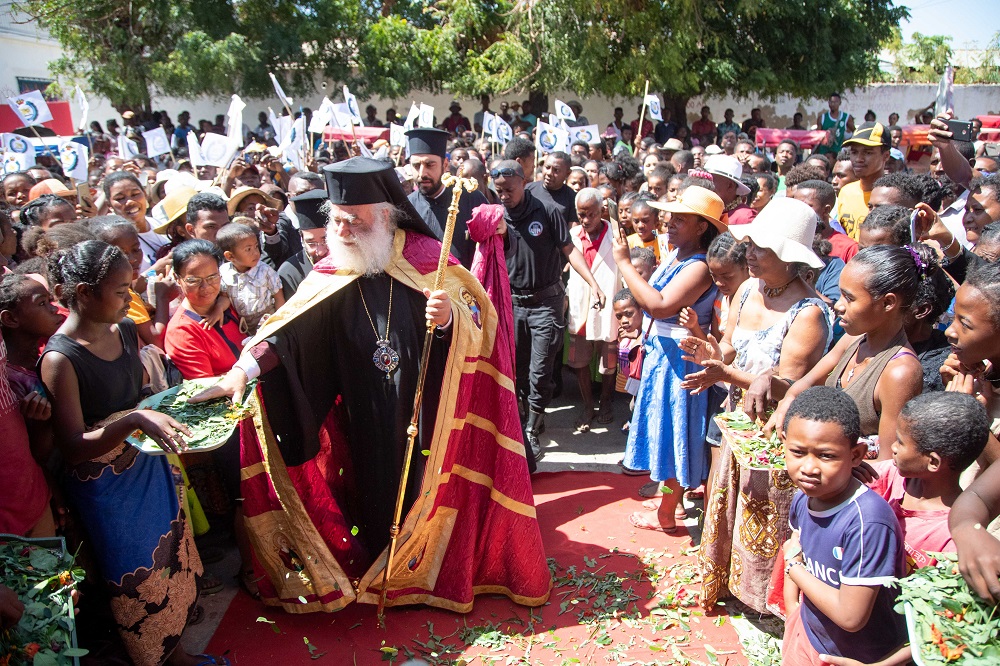 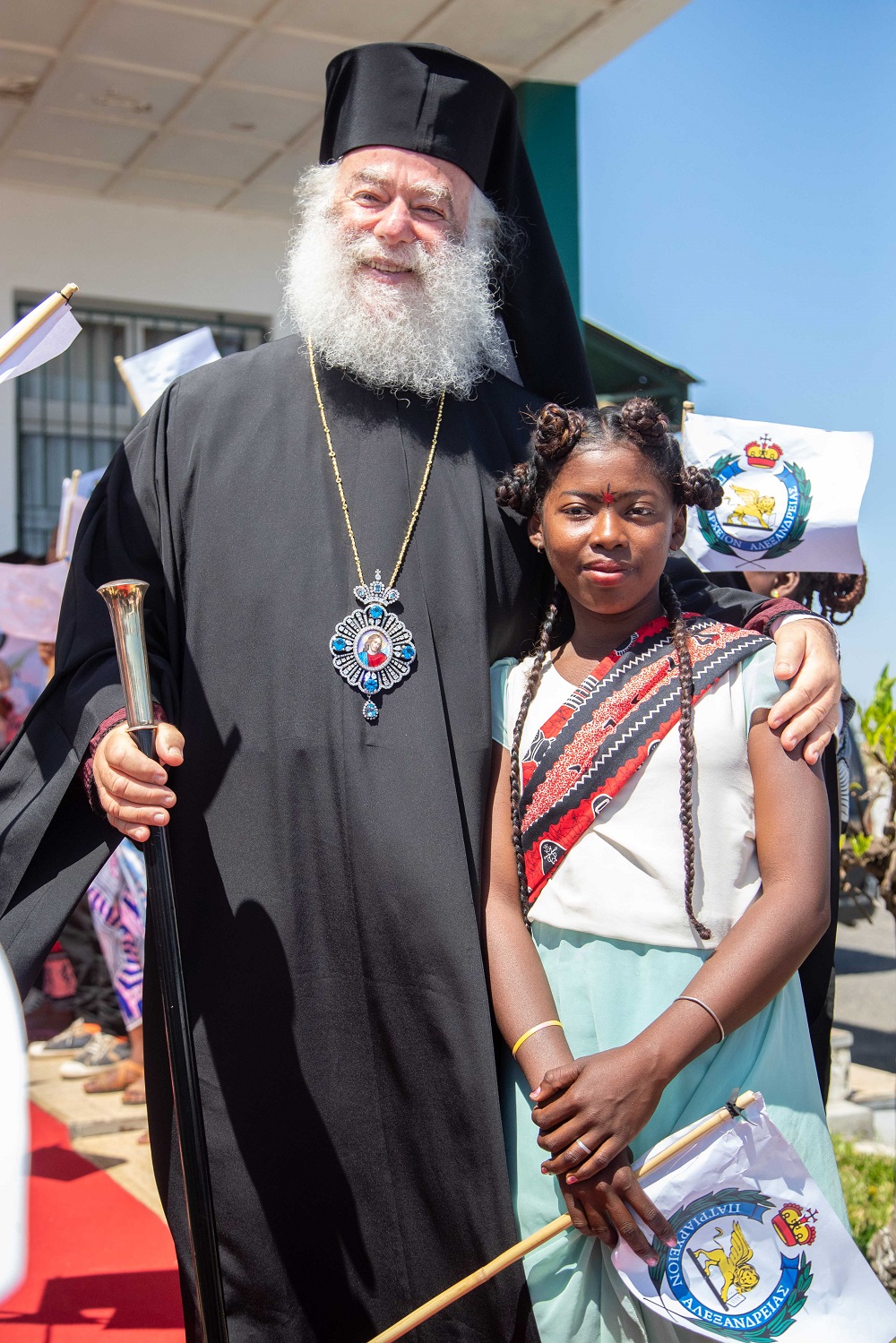 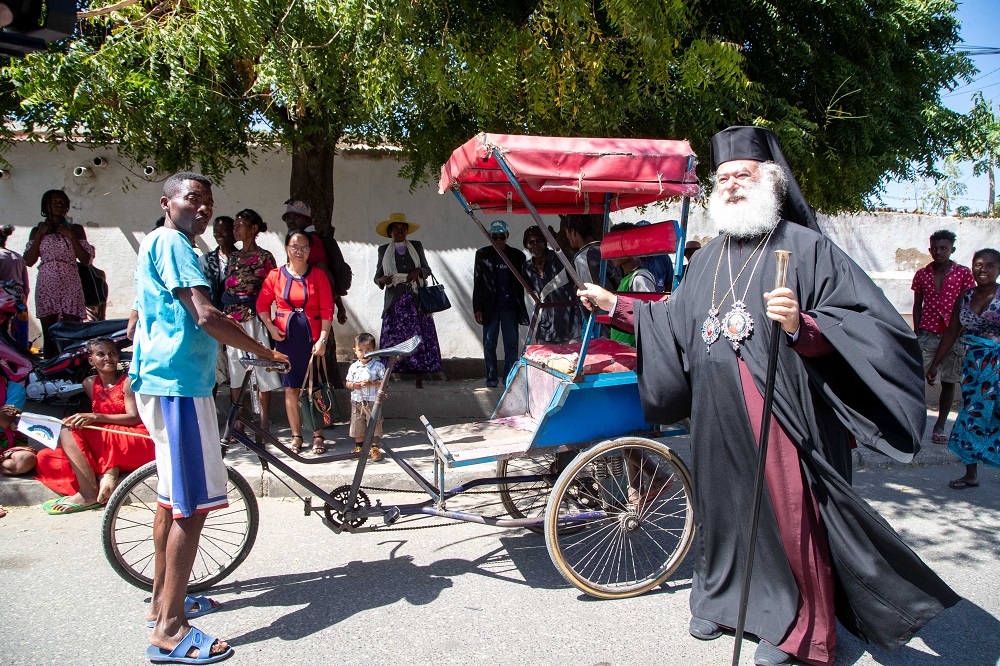 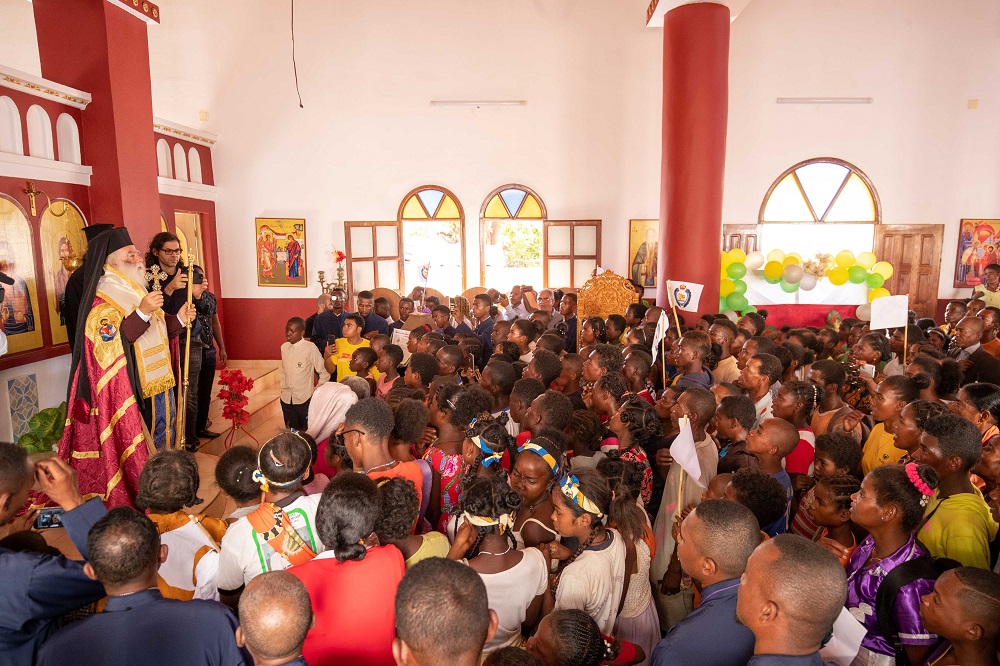 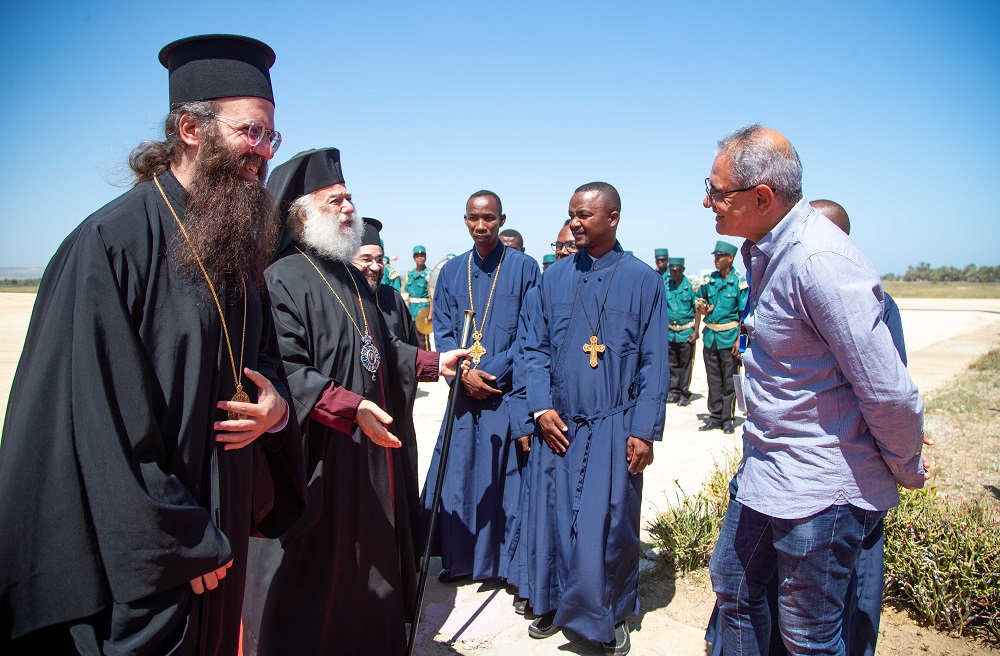 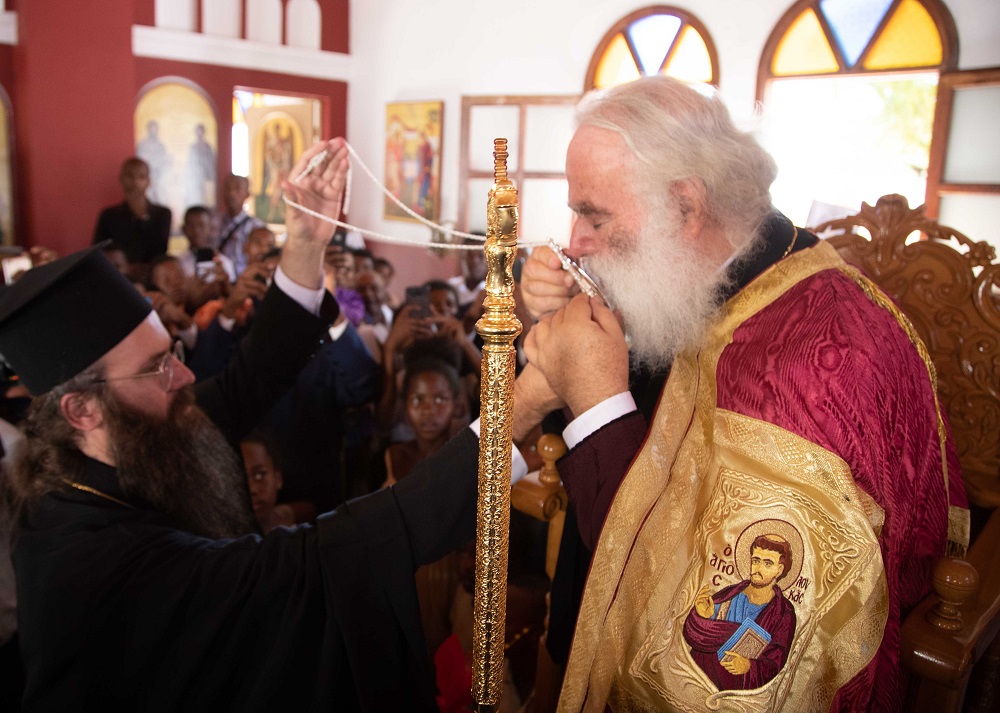 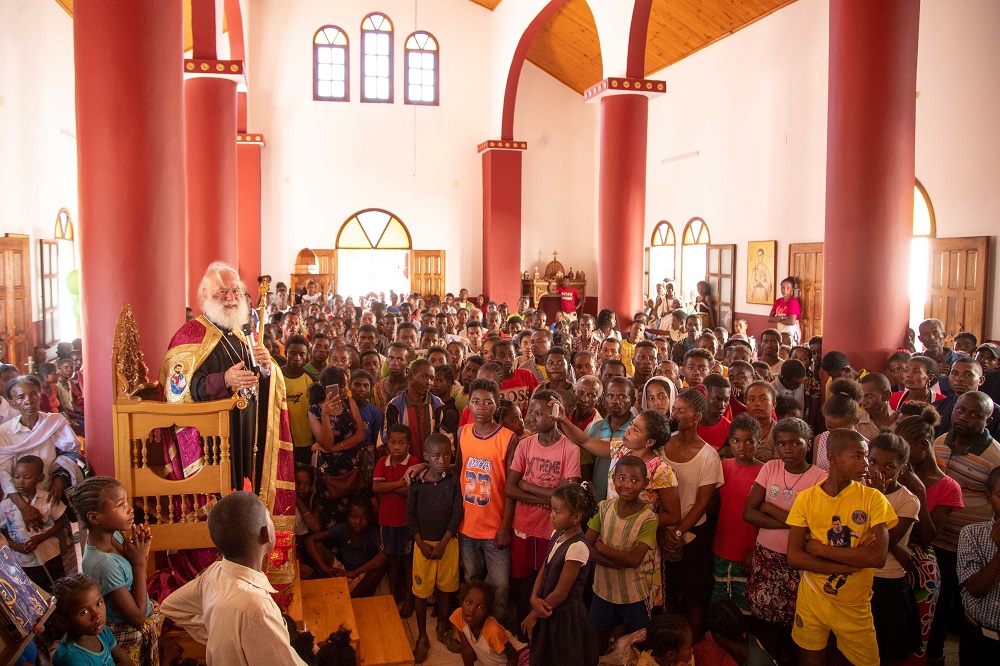 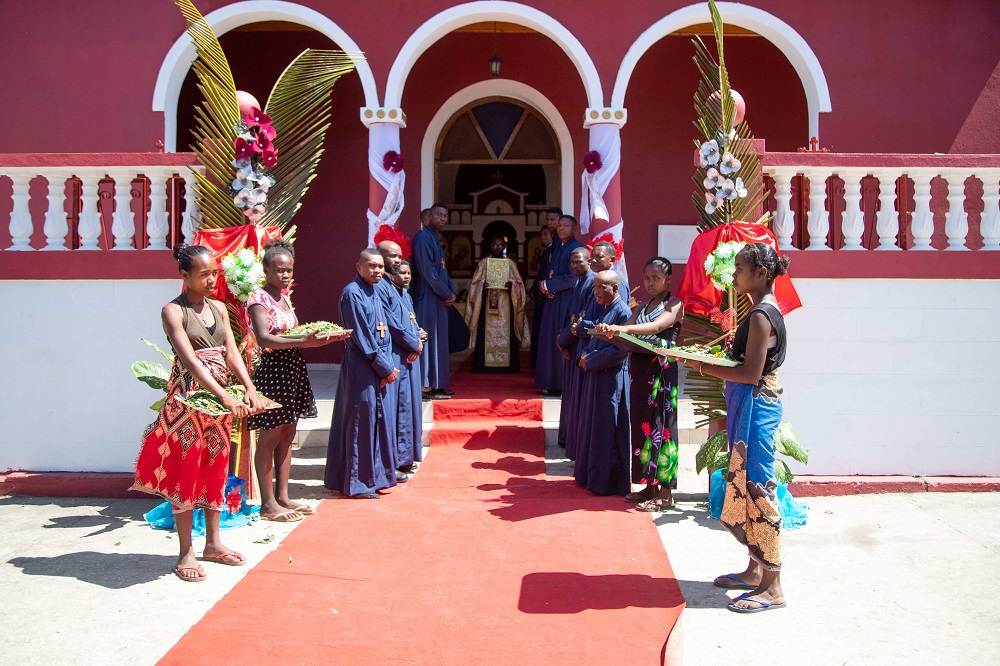 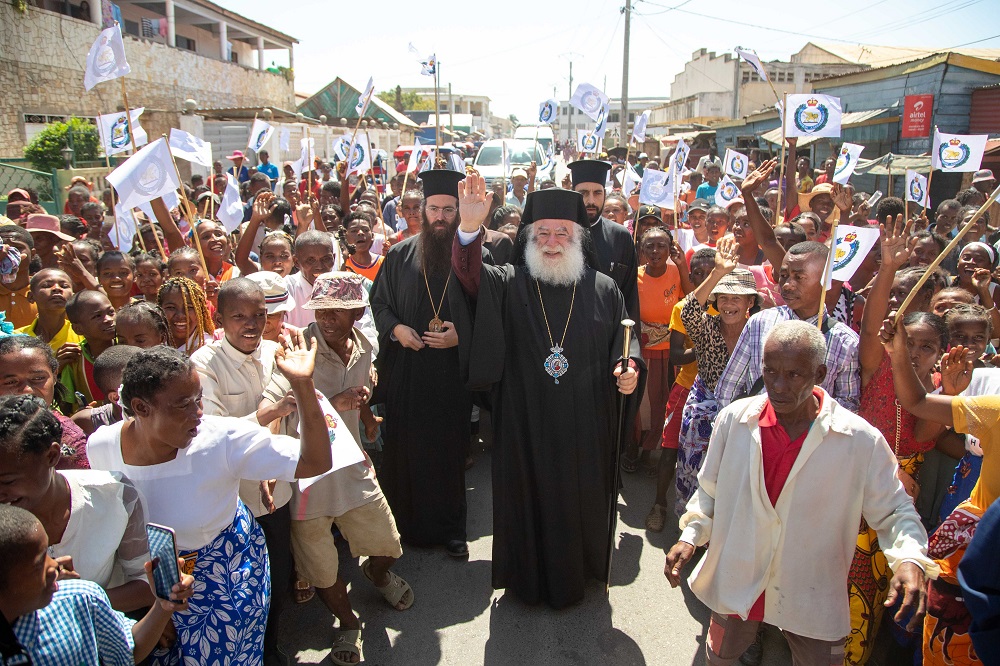 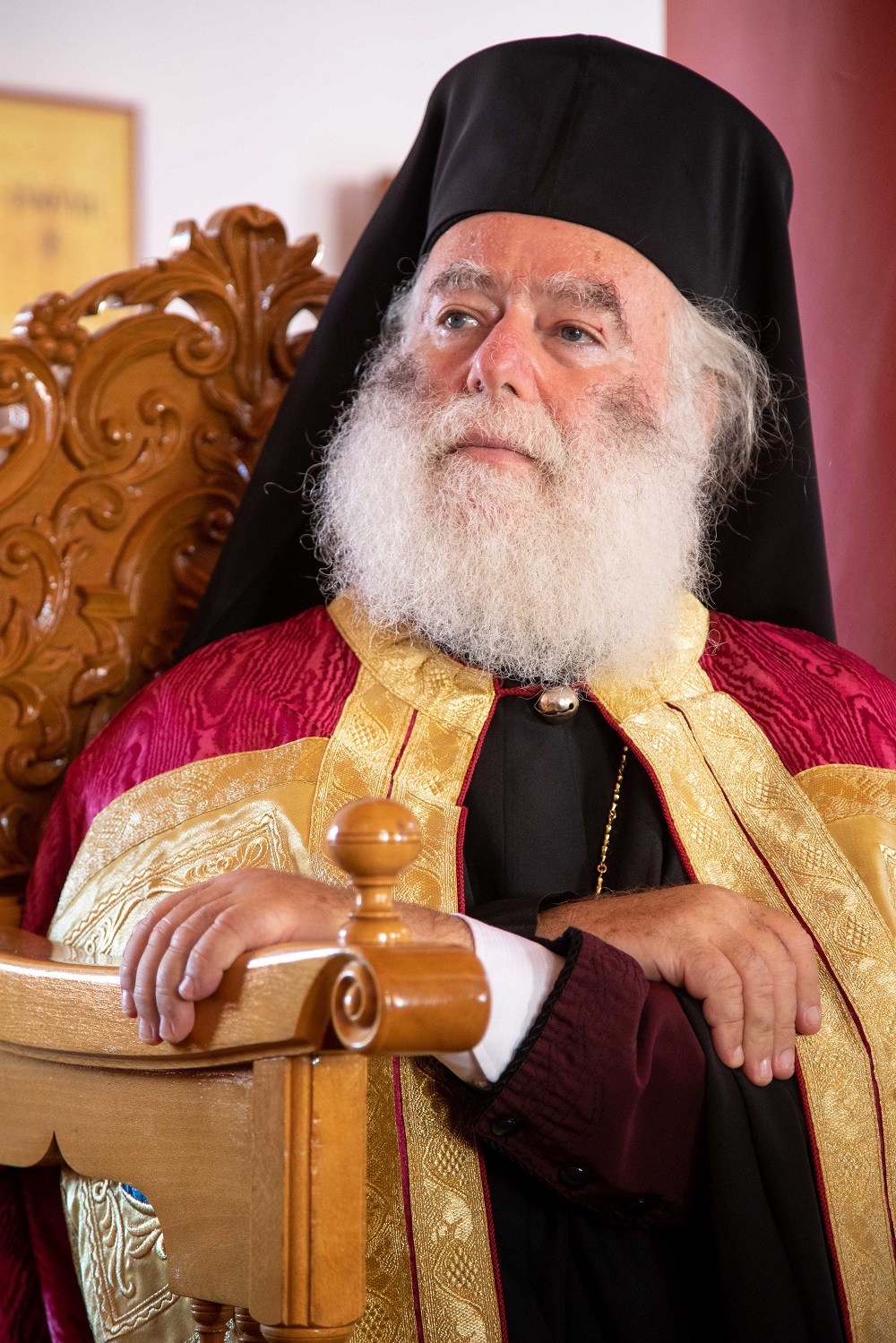 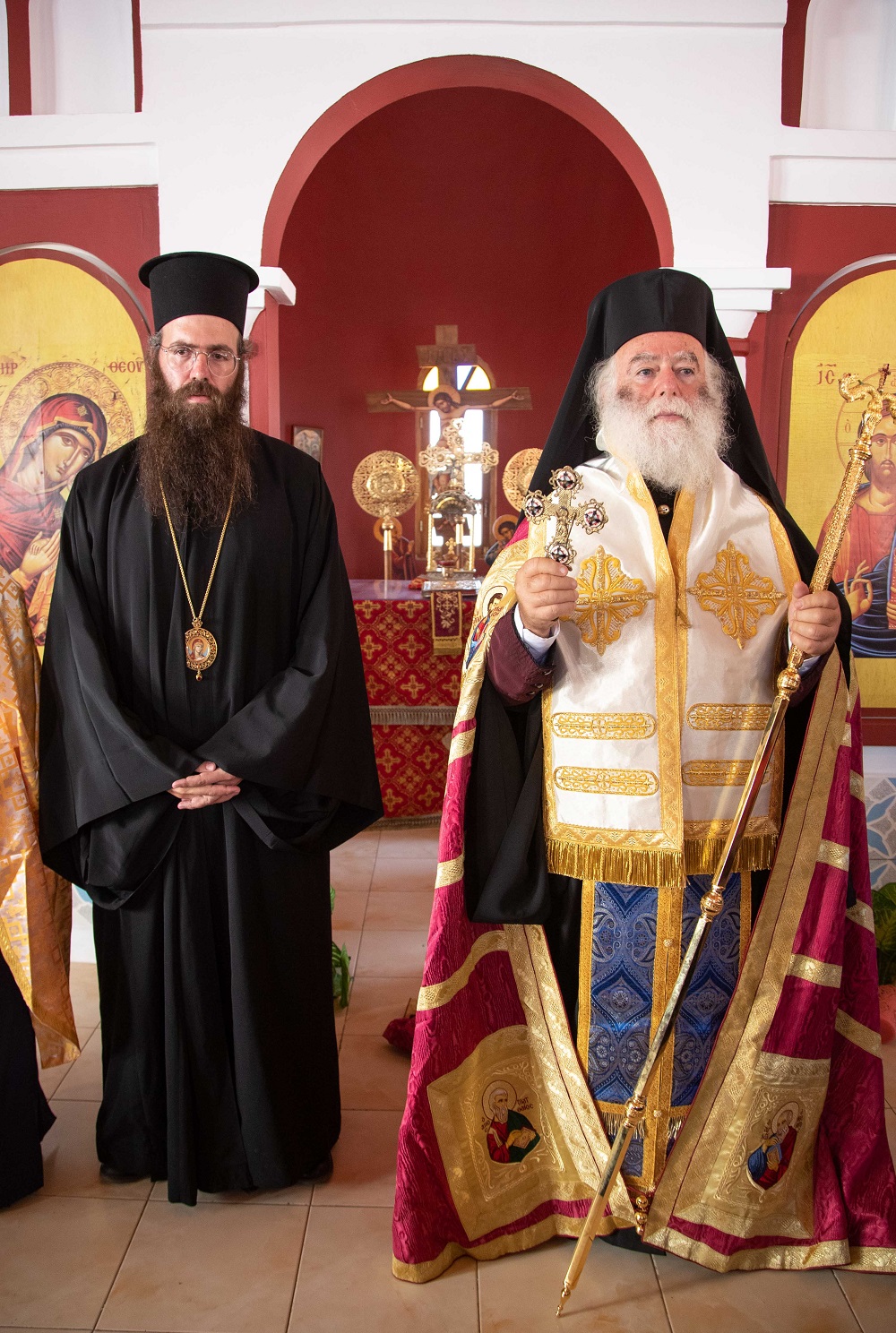 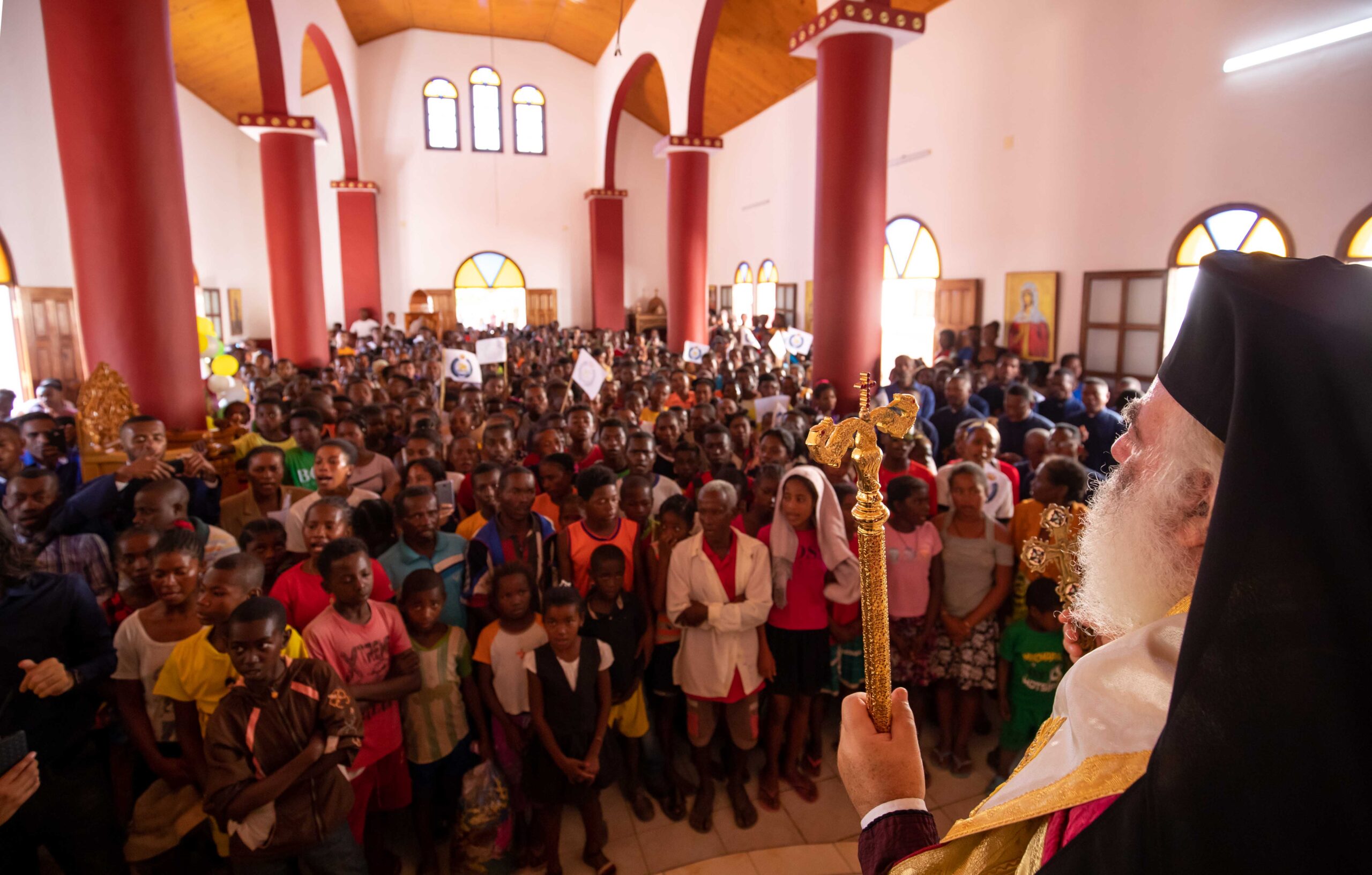