Ordination of a priest from the Wagogo tribe in Tanzania

With the wishes and blessings of Patriarch Theodore II of Alexandria and All Africa, the new Deacon of the Holy Metropolis of Irinoupolis, Fr. Sotirios (Salvatore) Malila, was ordained a Presbyter by Metropolitan Demetrios of Irinoupolis.

It is worth noting that Fr. Sotirios was one of the first, among the approximately 30,000 Orthodox baptized by Metropolitan Demetrios since 2005 in Central Tanzania, in the city of Iringa (present-day Diocese of Arusha).

The sacrament was performed in the Holy Metropolitan Church of Saint Paraskevi, in the capital of Tanzania, Dar es Salaam, and the Sunday Divine Liturgy were attended by members of the Greek Community, members of the Russian Embassy (it is noted that despite the difficulties with the Patriarchate of Moscow, many Russian and Belarusian believers continue to worship in the Greek Orthodox Cathedral), but also many indigenous people from the Wagogo tribe, who celebrated and congratulated the Priest from their tribe in their own primitive African way.

Fr. Sotirios will be in charge of the mission for the 5 new parishes, in the wider area of Morogoro, to the administrative capital of Tanzania Dodoma, where two new churches have already been built in the last five years. 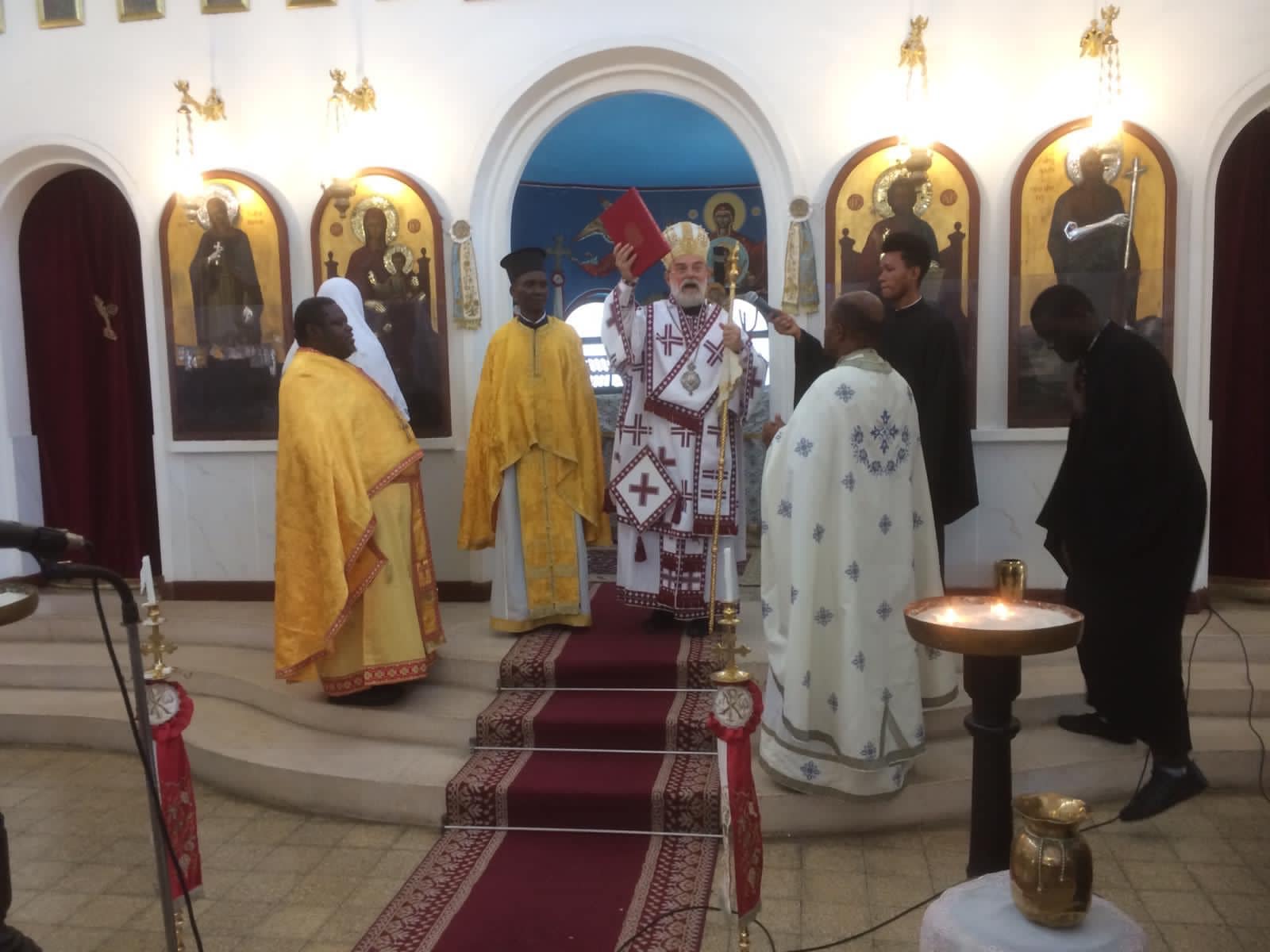 Ecumenical Patriarchate: The resignation of Metropolitan of Ganos and Bishop of Skopelos is accepted by the Holy Synod