Metropolitan Emmanuel of France was invited to Kyiv on the feast of the Dormition of the Virgin Mary (according to the Julian calendar).

Metropolitan Epifaniy of Kyiv and All Ukraine welcomed the Metropolitan of France and thanked him for his presence in the festal Divine Liturgy that took place this morning in the historic Church of the Dormition of the Mother of God in Kyiv in the historical neighbourhood Podil.

Metropolitan Emmanuel, in turn, conveyed the wishes of Ecumenical Patriarch Bartholomew and underlined the unwavering support of the Mother Church of Constantinople to the Autocephalous Orthodox Church of Ukraine and to its primate Epifaniy, who has carried out a brilliant and fruitful work in Ukraine.

He expressed the support of the Ecumenical Patriarchate for the brothers affected by the COVID-19 in Ukraine and then spoke about the great Feast of the Dormition of the Virgin Mary and her unceasing intercession to the Lord for the faithful who ask for Her help.

The historic church where the Divine Liturgy was held was originally built in AD 1130 AD by Mstyslav I the Great of Kyiv and was the cathedral of Kyiv Metropolitanate in the early 17 century.

In 1613 the church was reconstructured in Renaissance style and then in 18th-19th centuries was rebuilt in Baroque and Neoclassicism styles. In 1935 the Soviet Union completely destroyed the church. In 1998 it was rebuilt according to the architectural plans of the 1130 AD original church. 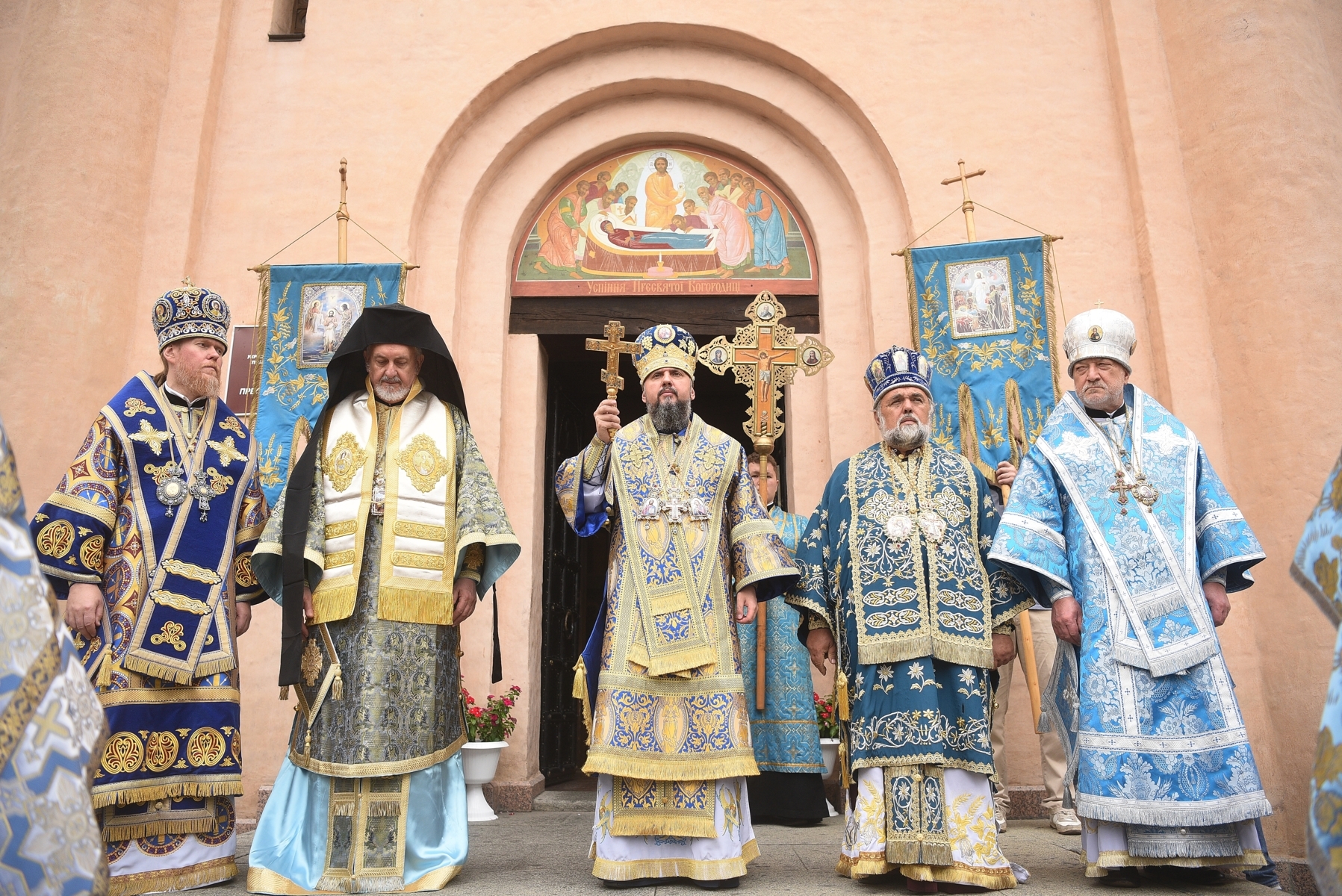 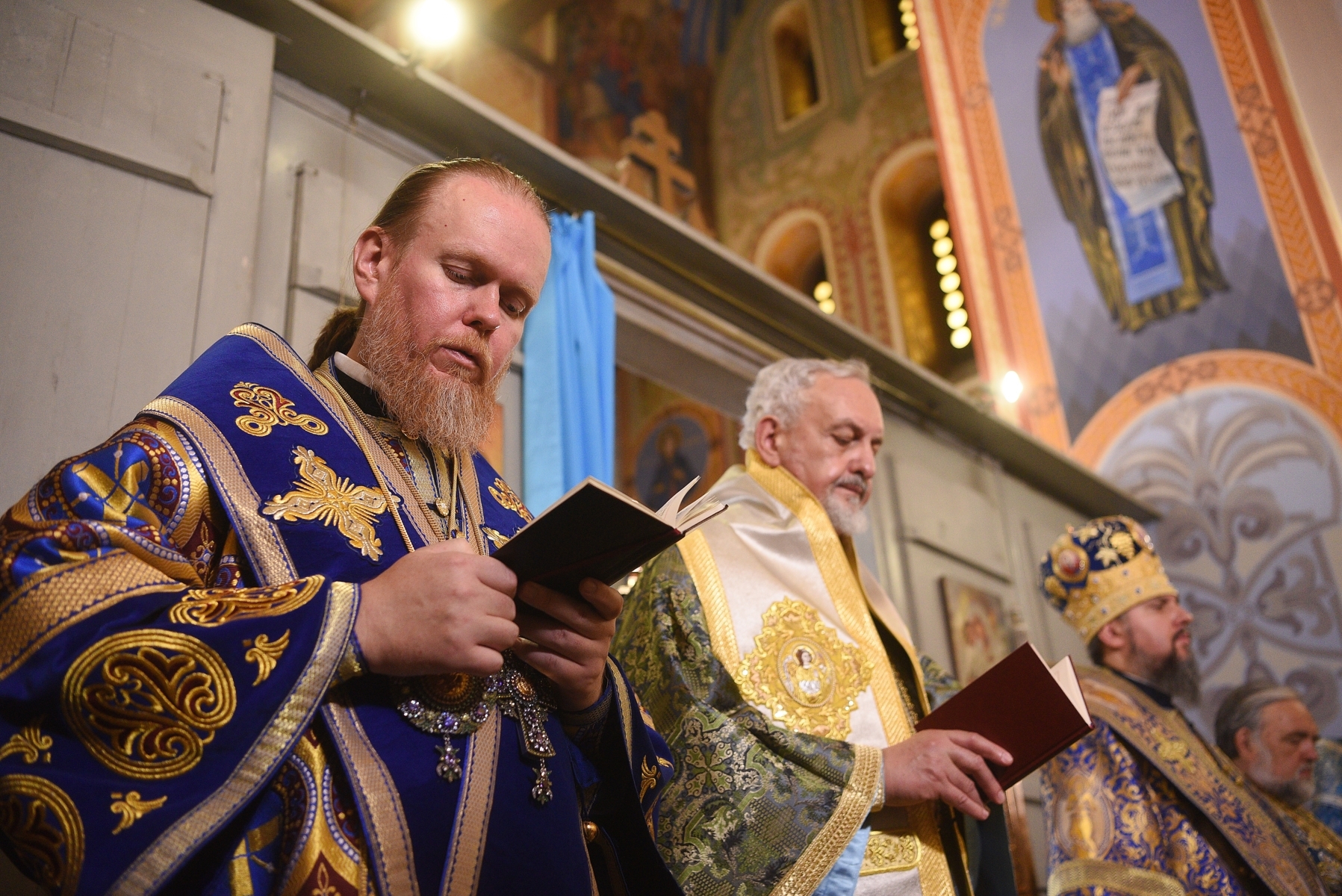 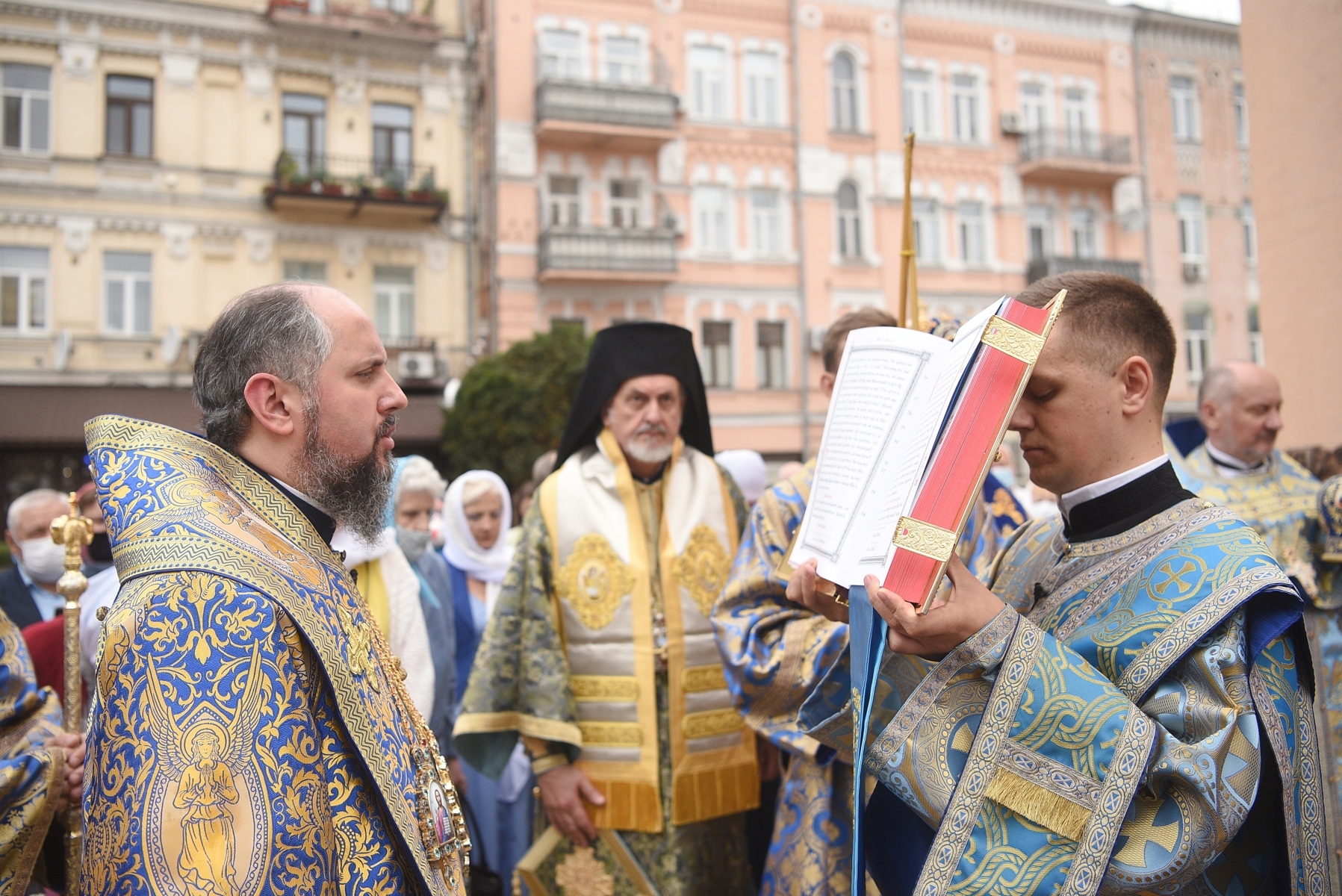 Wishes of Metropolitan of Kyiv to Filaret for his birthday

Archbishop of Donetsk: They cut off power, water so that our faithful do not come to church

Metropolitan of Kyiv: Georgia, Jerusalem, Romania, ready to recognize the Church of Ukraine

Why do we light candles in the church