Metropolitan Kyrillos of Imbros and Tenedos was enthroned

In an atmosphere charged with emotion, Metropolitan Kyrillos of Imbros and Tenedos was enthroned in the morning.

The Metropolitan was enthroned by His Holiness Ecumenical Patriarch Bartholomew in the Metropolitan Church of the Assumption of the Theotokos in the capital of Imbros, in Panagia. 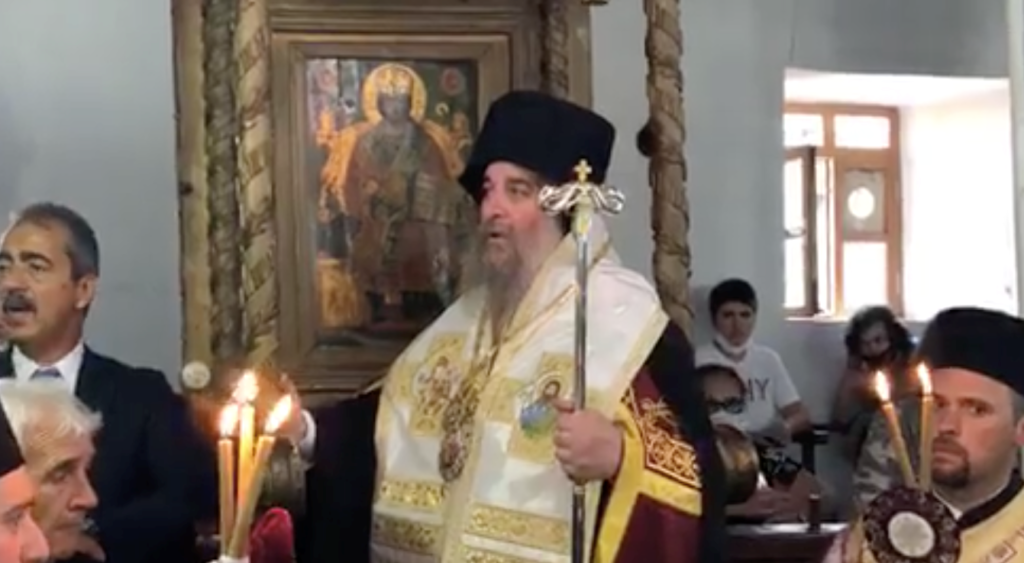 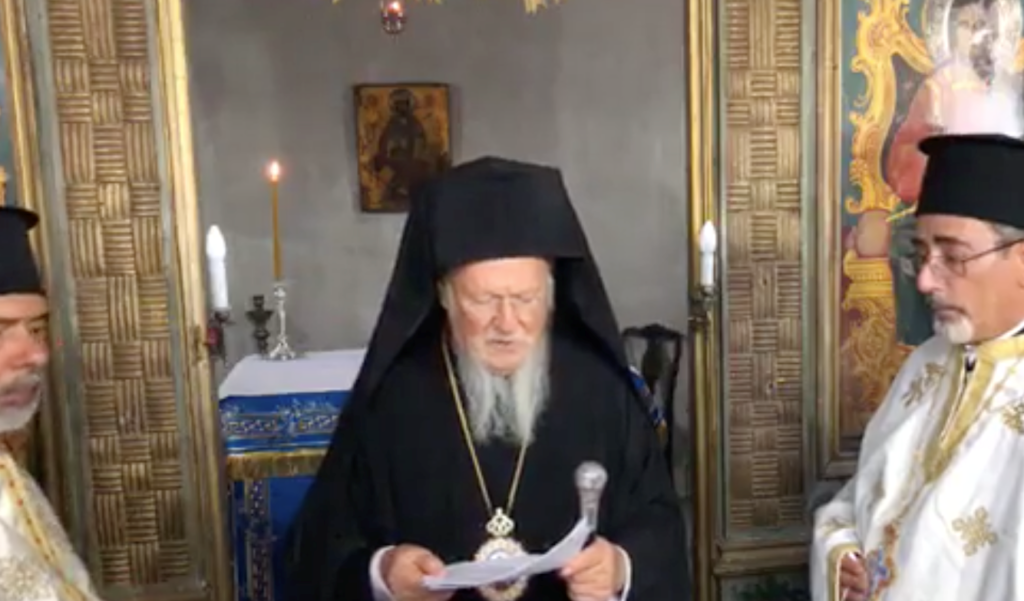 Ecumenical Patriarch: Imbros belongs to those who belong to it

The Ecumenical Patriarch solemnly celebrated the Divine Liturgy at the metropolitan church yesterday in the village of Kastro in Imbros. “For all of us, Imbrians, our homeland, which is lost in the deep waters of the North Aegean, means the world to us. Despite the untold hardships it has been through, Imbros managed to survive. Imbrians, here and abroad, kept their identity intact. But the fight is not over. We have to remain alert. We will have to make sacrifices in the future as what has remained alive for many centuries and was in danger of dying out, after the dark ages in 1964, is now being revived. We will all keep moving forward together. No one will be put aside. Imbros belongs to those who belong to it,” he stressed.

The Ecumenical Patriarch warmly referred to the new shepherd of the island, Metropolitan Kyrillos of Imbros and Tenedos, and pointed out, “He knows well and loves his eparchy and its people. In addition, we are all sure that, following his arrival, a new creative and rejuvenating period begins for all Imbrians.”

“Like all Orthodox Christians, we, Imbrians, feel that the Saints are by our side, as friends and protectors. Their churches and chapels, their sacred icons, and their holy relics spread the grace of Christ, support us, heal us, renew our lives. We invoke them when we are in distress and we glorify and thank them when we are happy. They are mediators between our Lord and us for our salvation. They confirm with ease that evil, in any form, will have no final say in history.”

Finally, the Ecumenical Patriarch, referred, in his homily, to Megas Hierokyrix Panaretos: “I would like to commend Megas Hierokyrix Panaretos because over the last few years that the Mother Church appointed him to take over the Slavic-speaking community, he organised trips and pilgrimages for our brothers and sisters, in particular during the crisis in the relations between the Ecumenical Patriarchate and the Patriarchate of Russia.” 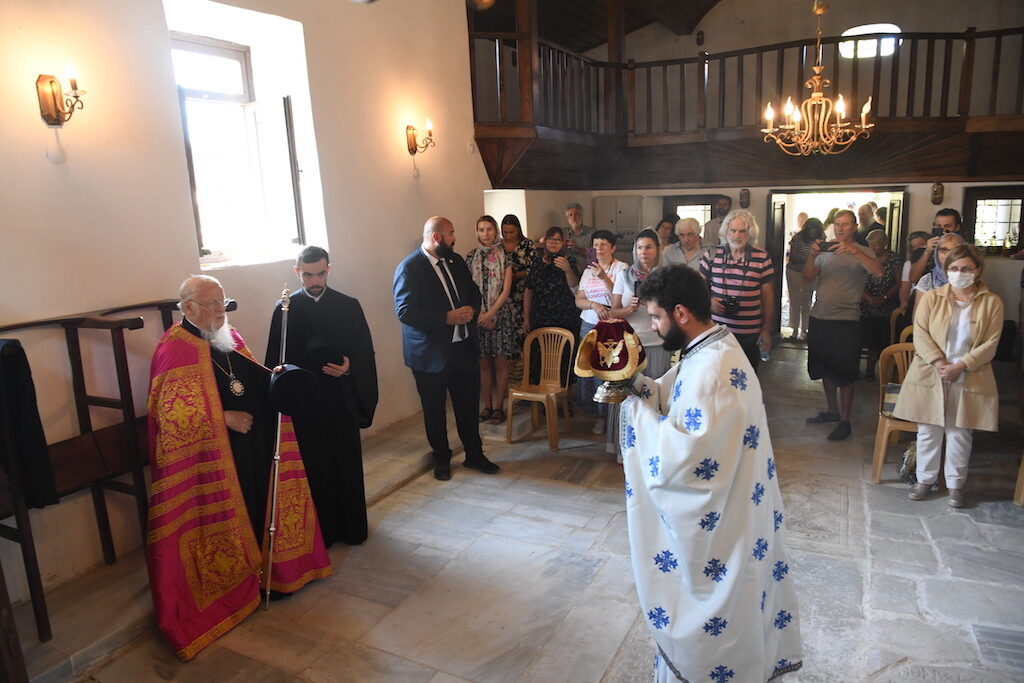 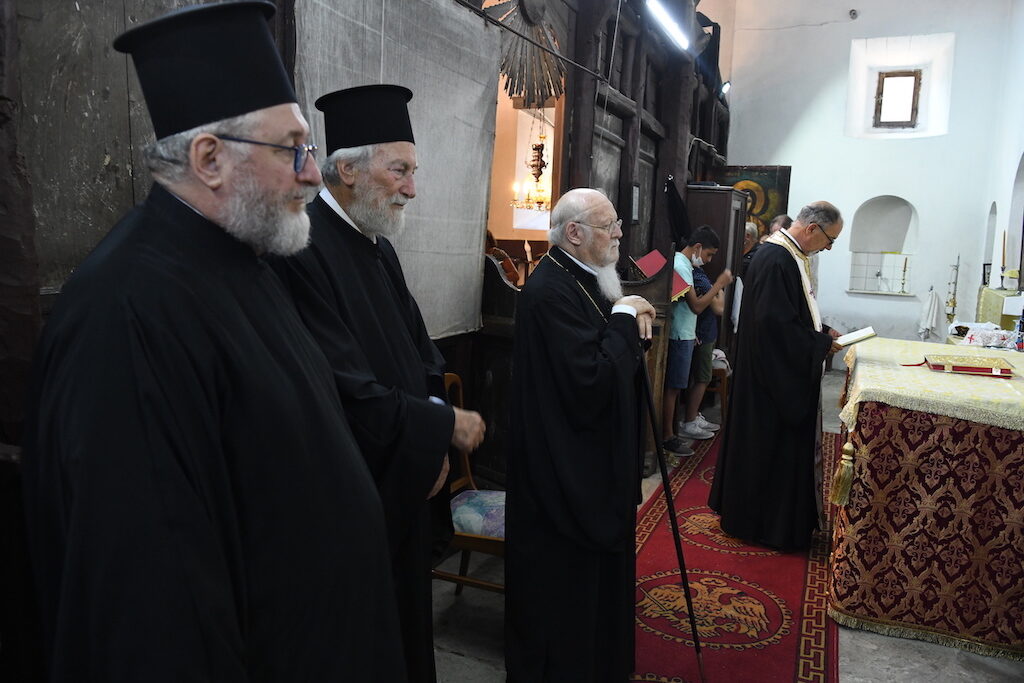 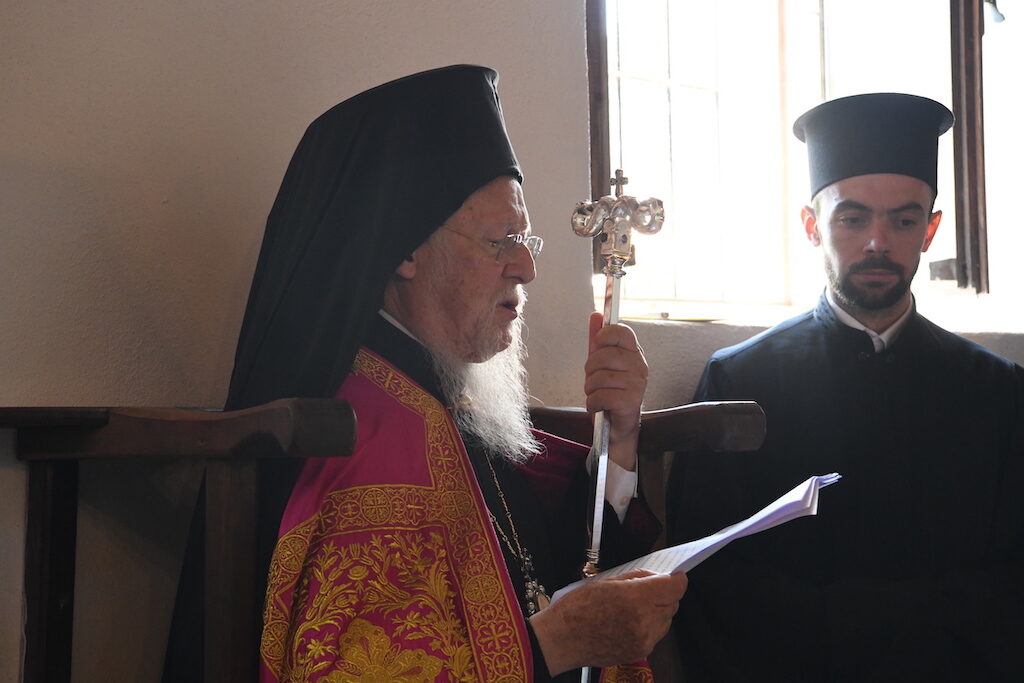 The President of the Turkish Red Crescent visited the Ecumenical Patriarch

Holy Thursday at the Diocese of Chalcedon

Metropolitan of Didymoteicho on Hagia Sophia: West and East betrayed us once again

The Holy Synod of the Romanian Orthodox Church resolved to introduce the name of Saint Nikephoros the Leper in...

Patriarch John X of Antioch and All the East received the former President of the University of Balamand, Dr....

Ecumenical Patriarch at the Holy Temple of Saint Paraskevi in Pikridi

Ecumenical Patriarch Bartholomew presided over the solemn Divine Liturgy at the Holy Temple of Saint Paraskevi in the Community...

Ecumenical Patriarch: Europe forgets that owes what it is to Christian identity

Ecumenical Patriarch Bartholomew on Sunday, July 25, 2021, presided over the Divine Liturgy at the Patriarchal Cathedral of Saint...

Archbishop Elpidophoros bestowed upon Arch. George Nikas the Pectoral Cross of the Archdiocese of America

Patriarch Porfirije of Serbia officiated the Divine Liturgy at the monastery of the Presentation of the Most Holy Mother...