Ecumenical Patriarch: This war is not a holy and blessed war as some claim, but an evil war

On Sunday afternoon, April 3, 2022, the Ecumenical Patriarch Bartholomew presided over the Solemn Vespers for the Fifth Sunday of Lent at the Church of the Holy Trinity in Stavrodromi.

The divine word was preached by Archimandrite Timotheos Railakis-Vranas, Hierarchical Head of the Community of Vafeochori.

The service was co-officiated by Elder Metropolitan Emmanuel of Chalcedon, Metropolitan Chrysostomos of Myra, Metropolitan Andreas of Saranda Ekklisies, Hierarchical Head of the Great Community of Stravrodromi, Metropolitan Ioakeim of Bursa, Bishops Hadrian of Alikarnassus and Benjamin of Tralleon, Archbishop of Amidis (Diyarbakır) Ramzi Garmou, Head of the Chaldeo-Catholic Church in Turkey, Bishop of the Roman Catholics in Constantinople Massimiliano Palinuro with priests, monks and nuns of his Community, the Consul of Greece in Constantinople Stavros Christodoulides, and faithful from Constantinople and abroad.

The Ecumenical Patriarch, welcoming the Roman Catholic Bishops and faithful, referred, inter alia, to his recent official visit to Poland, at the invitation of President Andrzej Duda, where He met refugees from Ukraine, who fled there after the Russian invasion of their homeland.

The Ecumenical Patriarch praised the authorities and the people of Poland for their warm welcome, hospitality, and Christian love for the refugees and reiterated: “This war, as I said in Poland, is not a holy and blessed war, as some claim.

It’s an evil war, an unholy war. We have to pray that it’s over as soon as possible. We pray for peace. We organized [in Poland] a prayer for peace at the Catholic Temple of Stefan Wyszyński University. We must pray constantly for the restoration of peace in Ukraine and around the world.”

Before the Vespers Service, the Patriarch inaugurated the clock that was placed in the courtyard of the surrounding Church, on the initiative of the Ephorate Committee of the Great Community of Stavrodromi, which wanted to dedicate it to him, honoring with this work the anniversary of 30 years of the Patriarchal ministry of the Ecumenical Patriarch.

In his speech, the President of the Ephorate Committee of the Community, Georgios Papaliaris, said that it was an old Swiss watch, which after being preserved was placed in the old historical chimney that existed in the courtyard of the Church, while the space was shaped with stones offered by the Metropolitan Municipality of Constantinople.

“Inside the clock, to indicate the time, there is a small bell offered to us by the Catholic clergy of the Church of St. Anthony in Padua. Maybe its sound will sound familiar, and you’re probably right. The bell is linked to a real event, which concerns you personally, Your Holiness.

It is a bell that belonged to the first ferry that entered the line of Imbros, the Gökçeada of 1974, a ship that traveled for many years and sealed an era for our Imbros.

Finally, at the top of the clock, there is a medal with two sides of the commemorative medal for the 30th anniversary, while on the base there is an inscription in four languages reminiscent of today’s event.”

The Patriarch thanked the President and the members of the Ephorate Committee of the Grand Community of Stavrodromi for their warm expressions of love and honor towards him, as well as for their overall work, and offered them a table clock.

On the morning of the same day, the Ecumenical Patriarch attended the Divine Liturgy, which was officiated by Metropolitan Kyrillos of Imbros and Tenedos the divine word was preached by Archimandrite Agathangelos, Archivist of the Patriarchate. 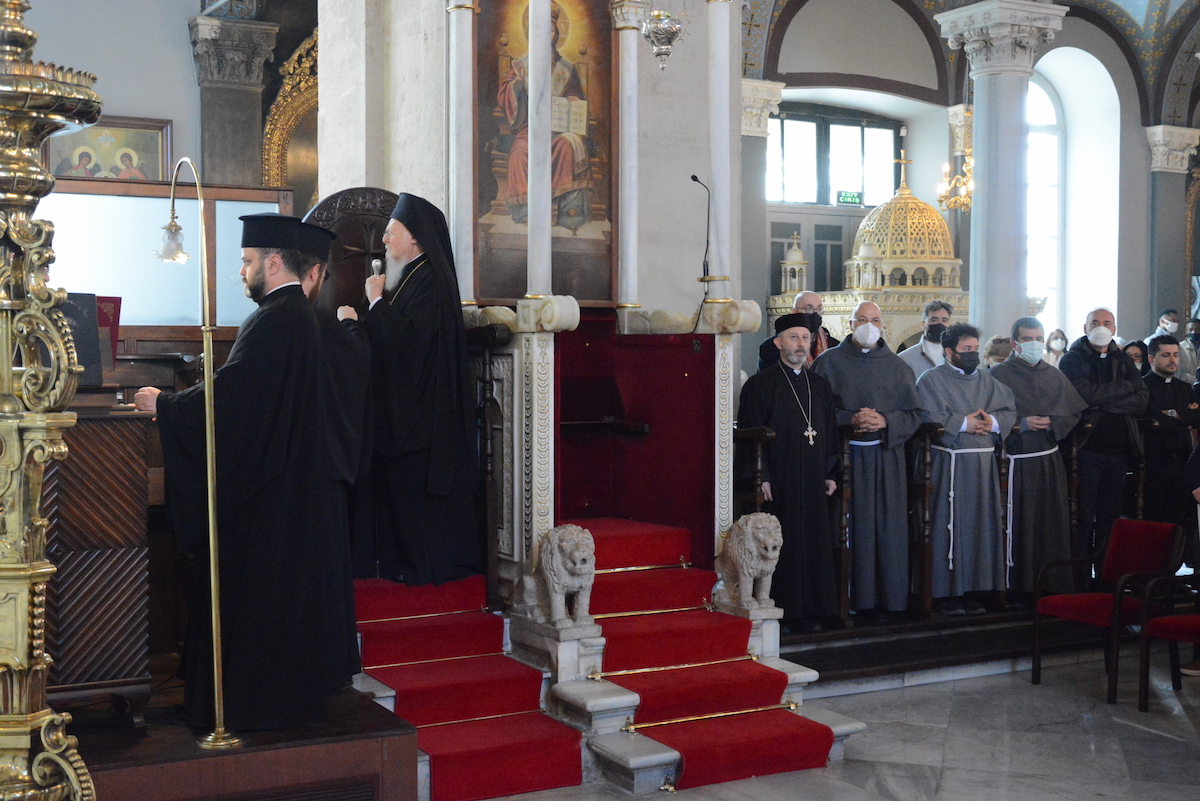 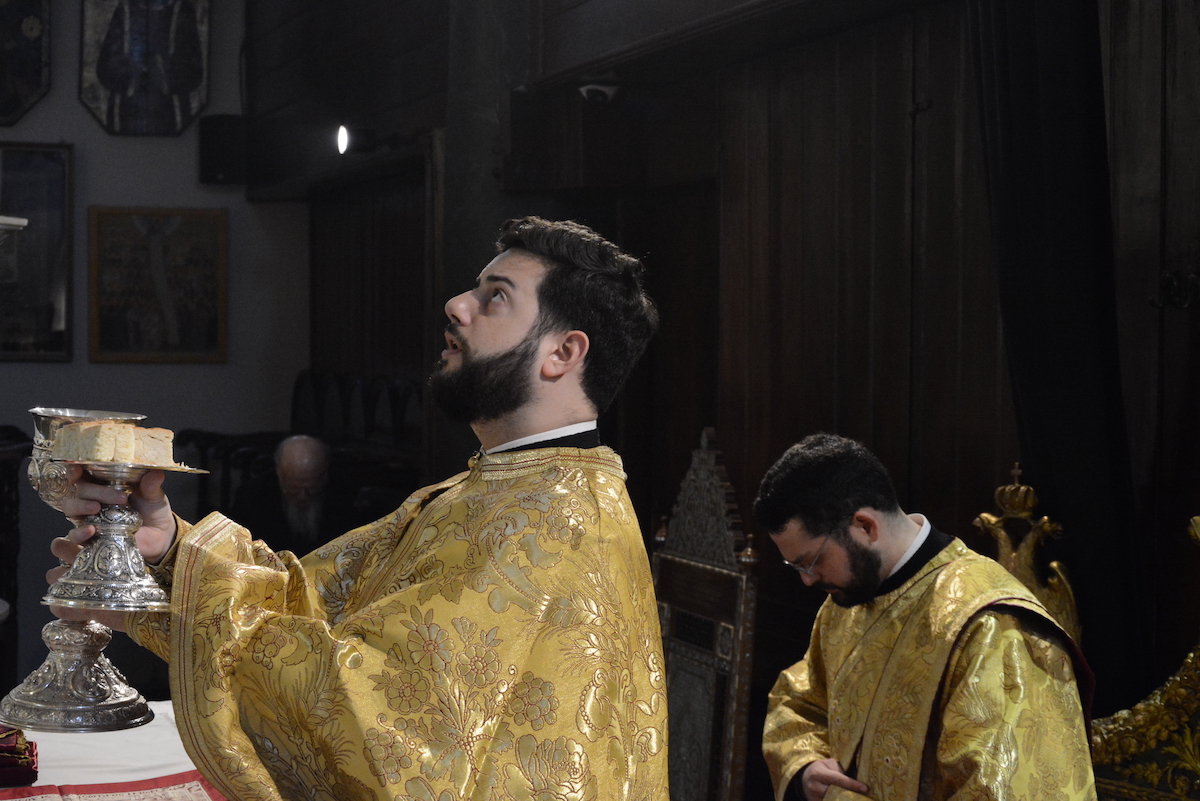 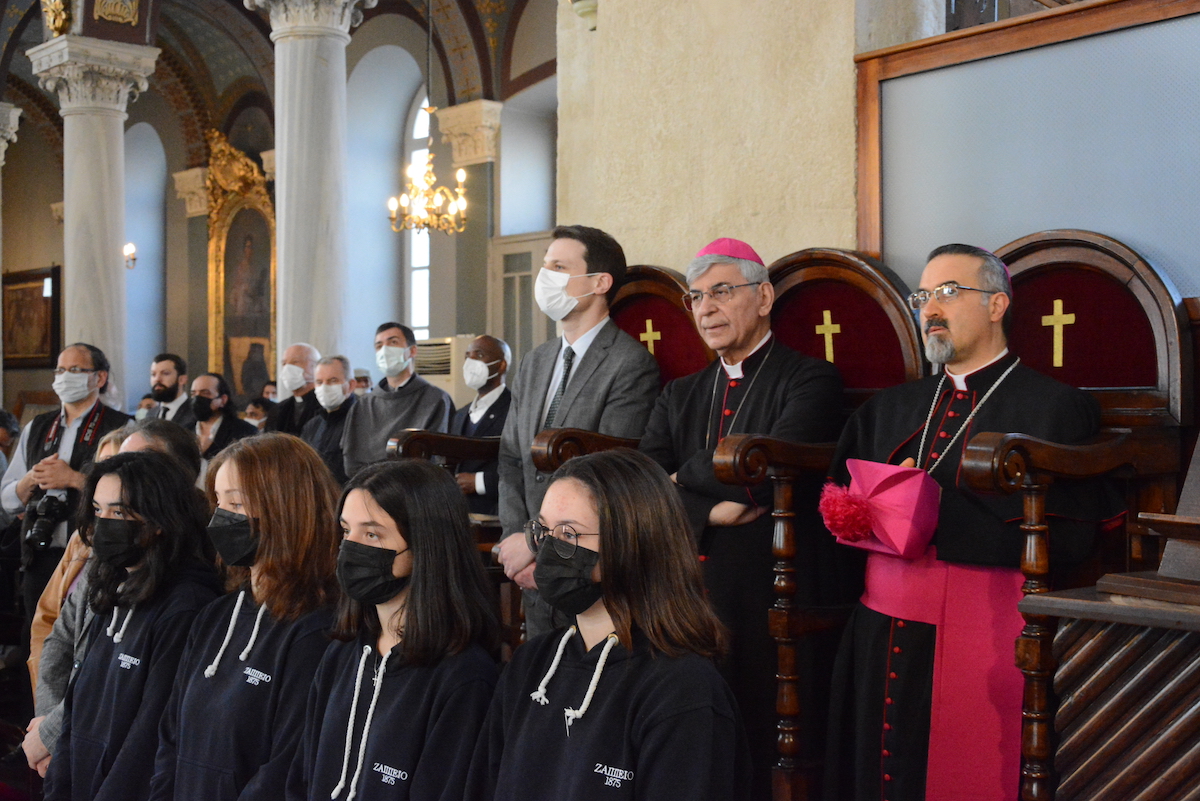 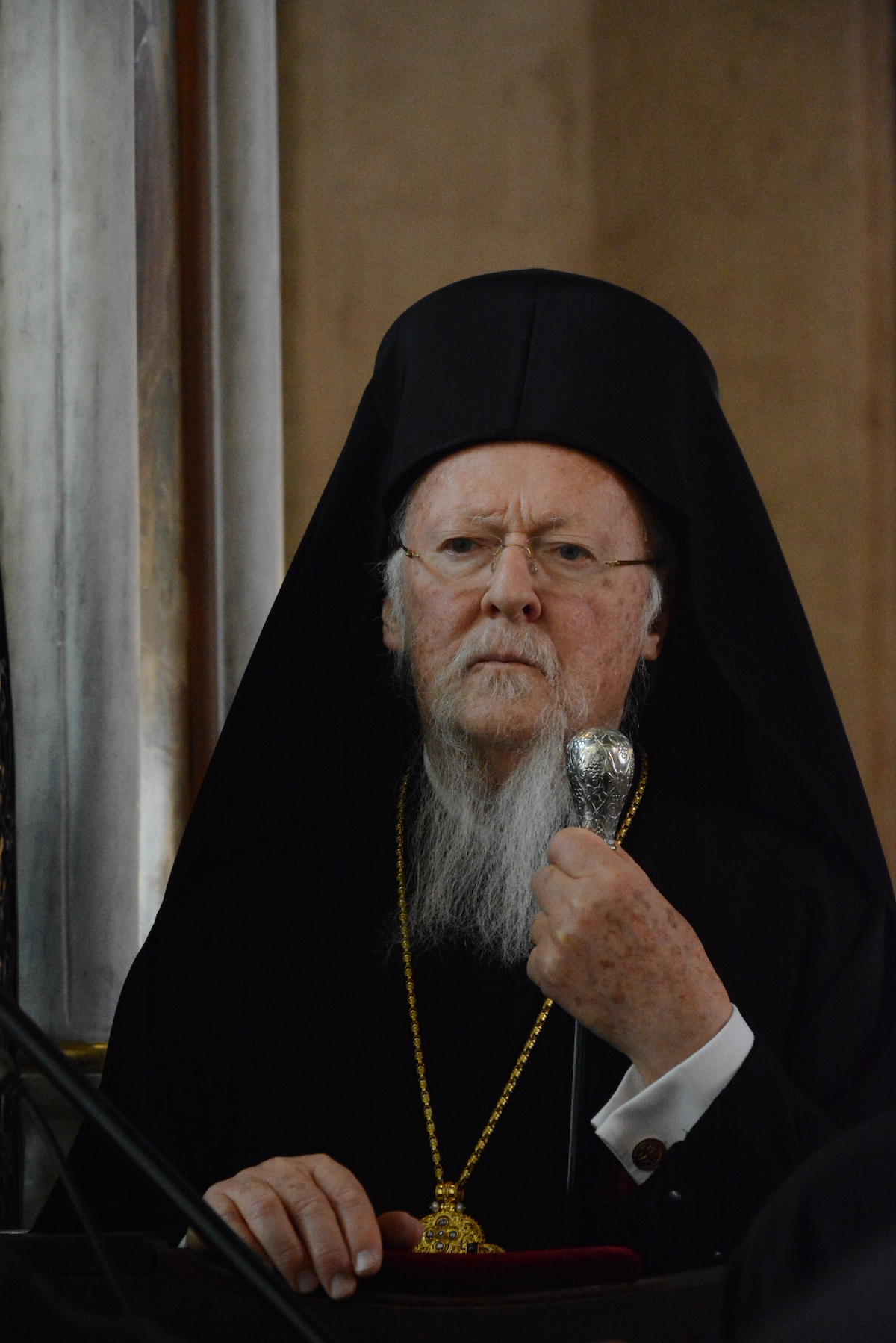 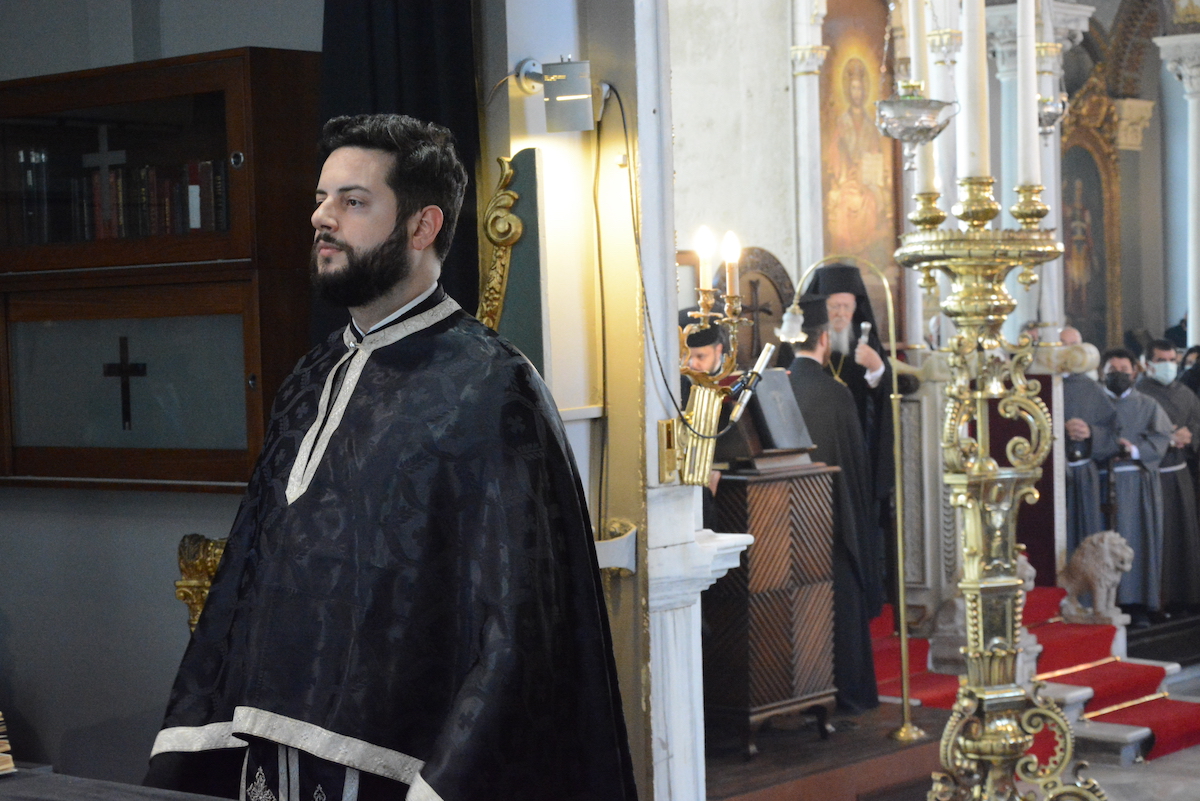 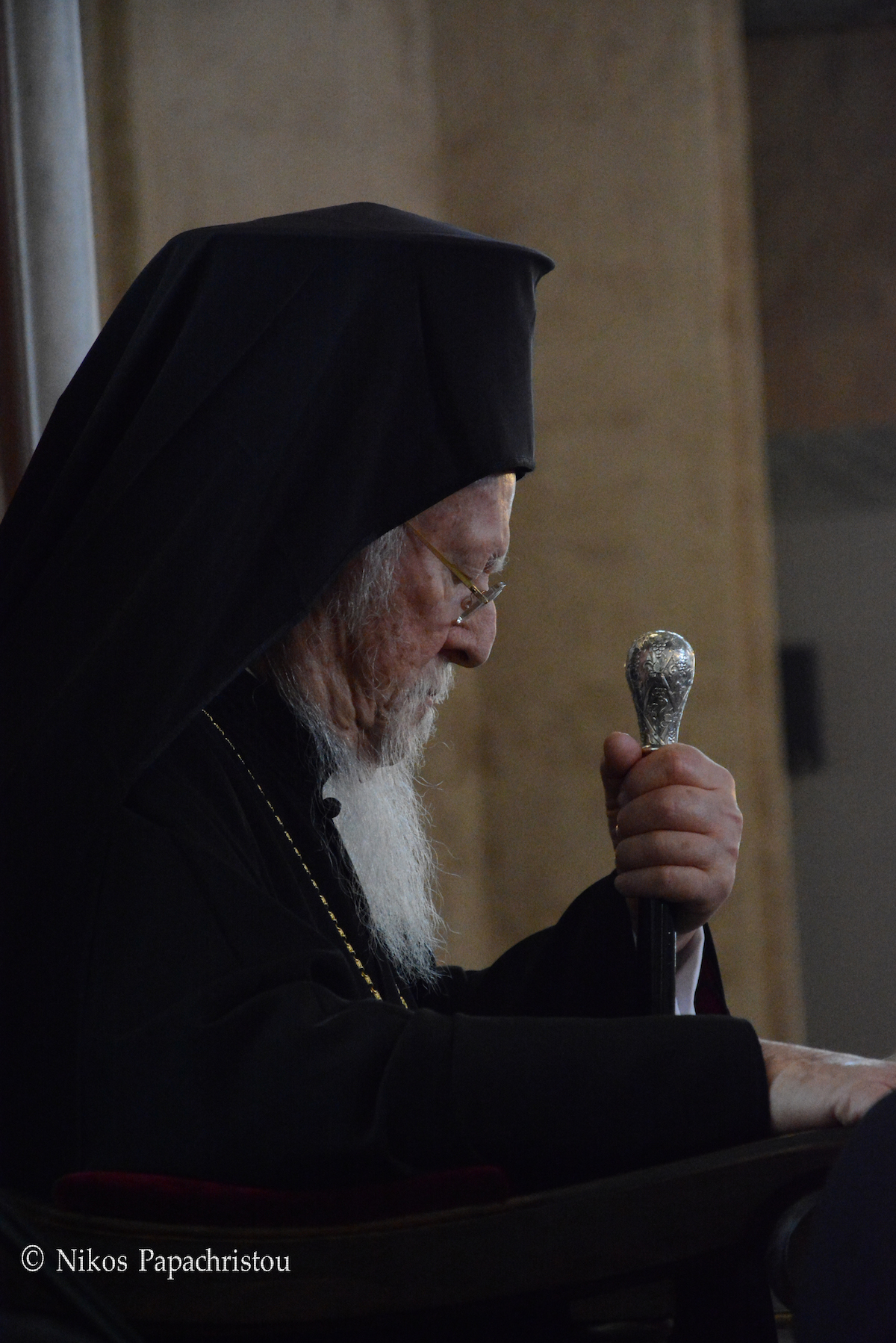 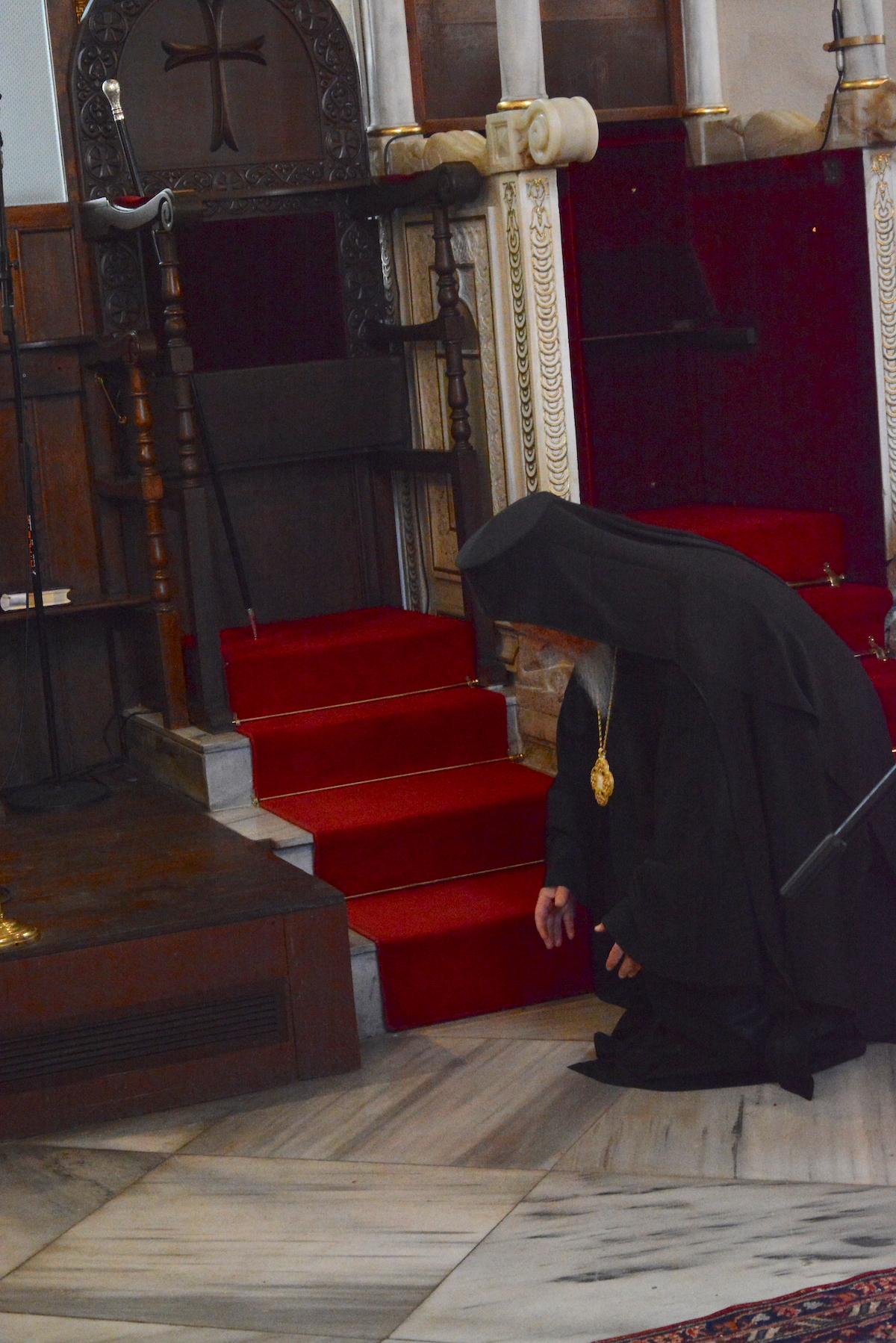 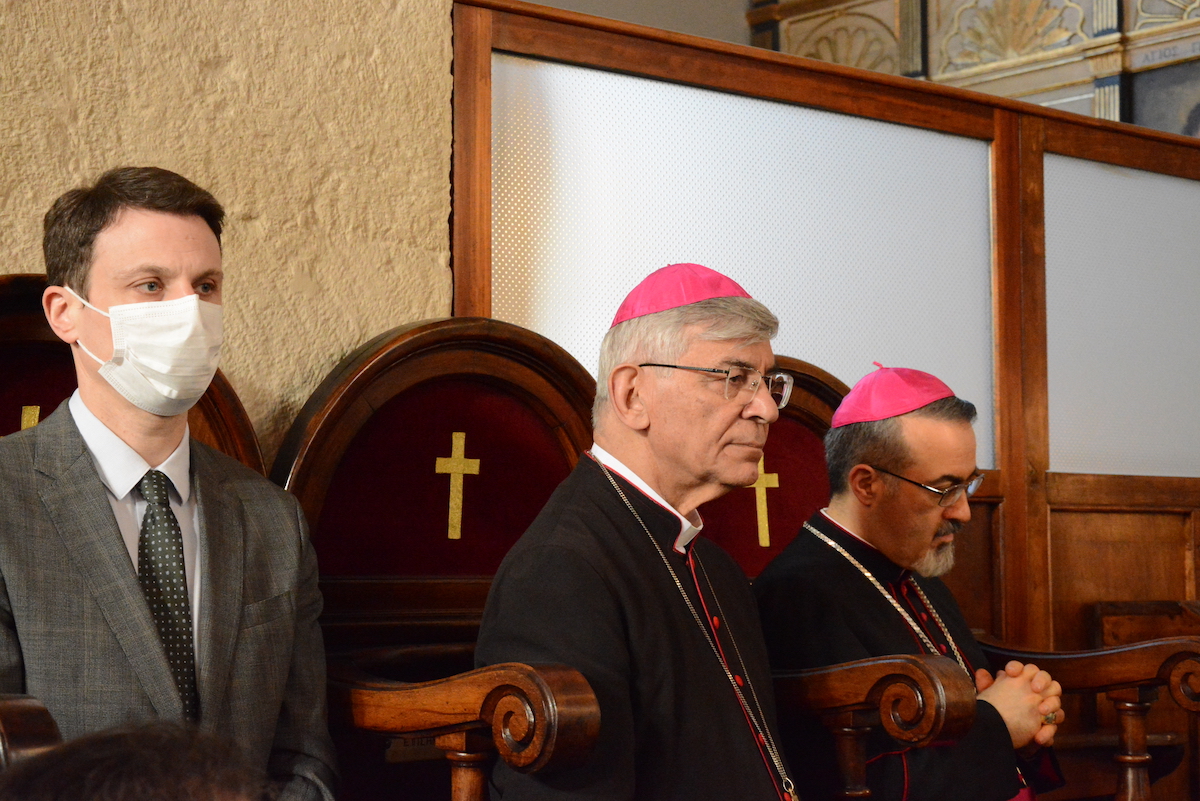 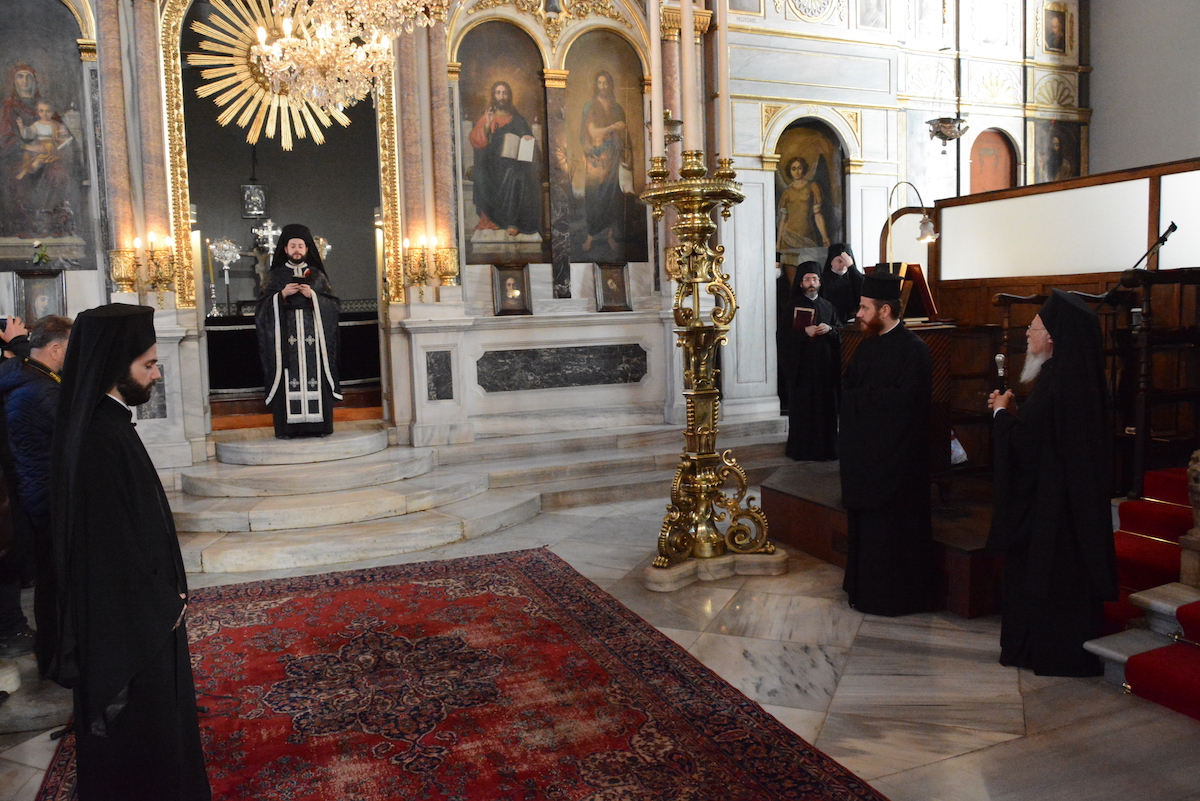 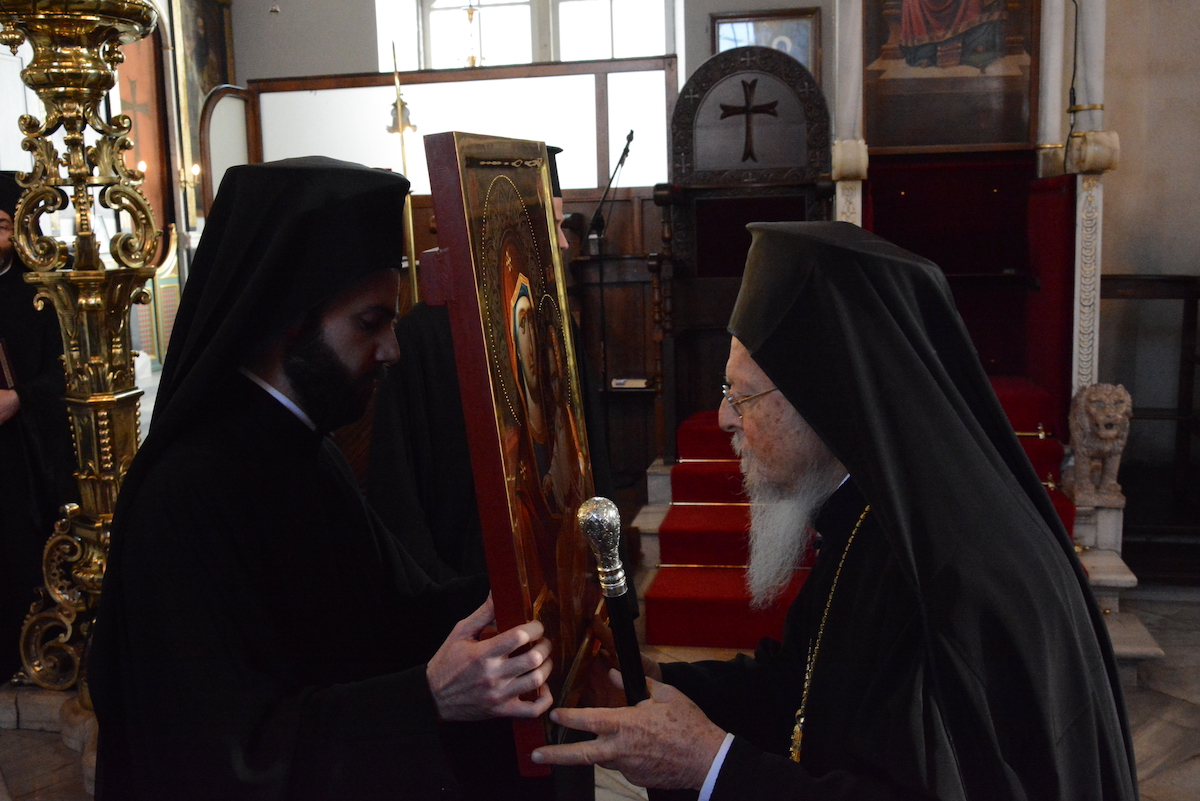 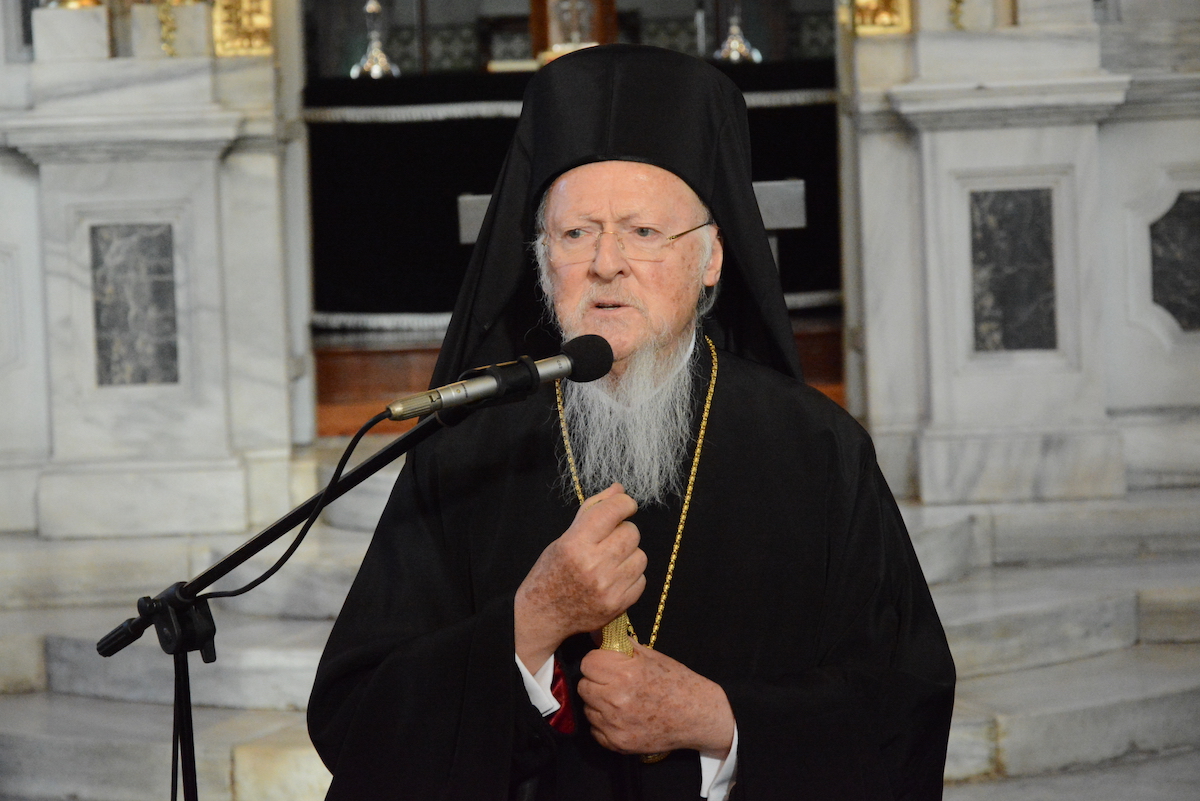 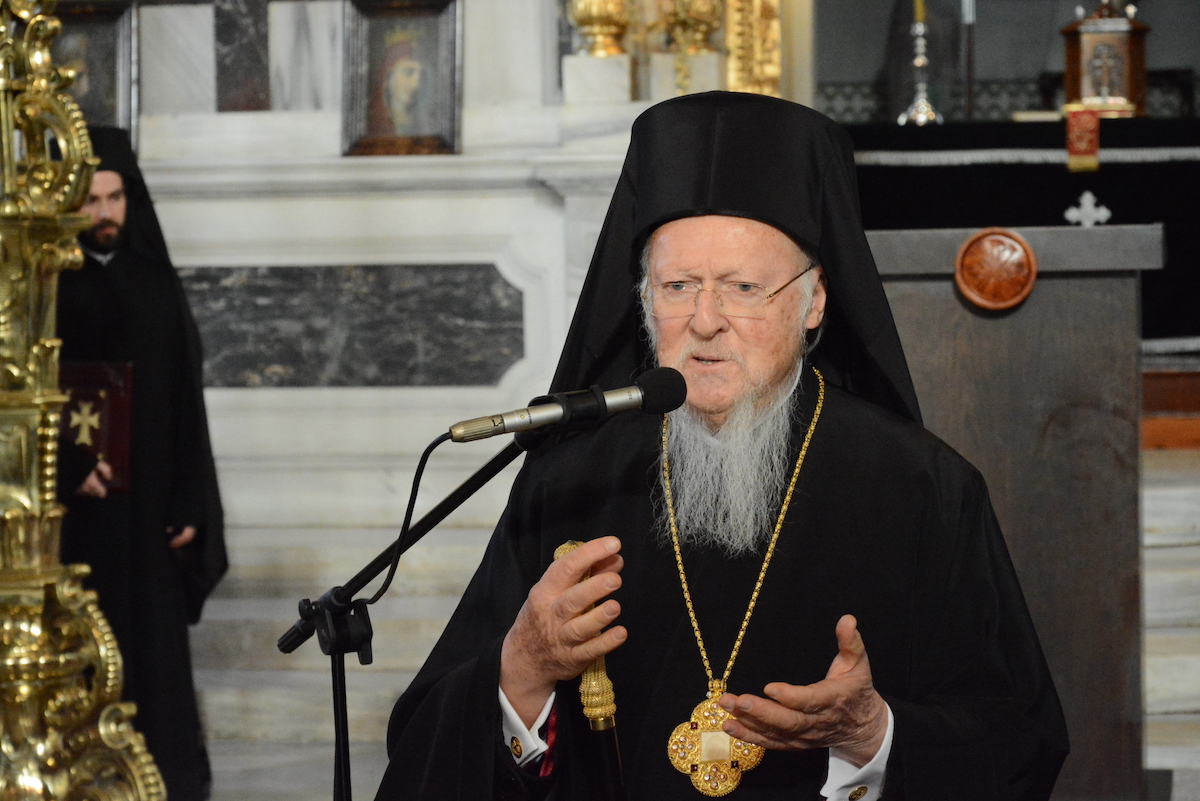 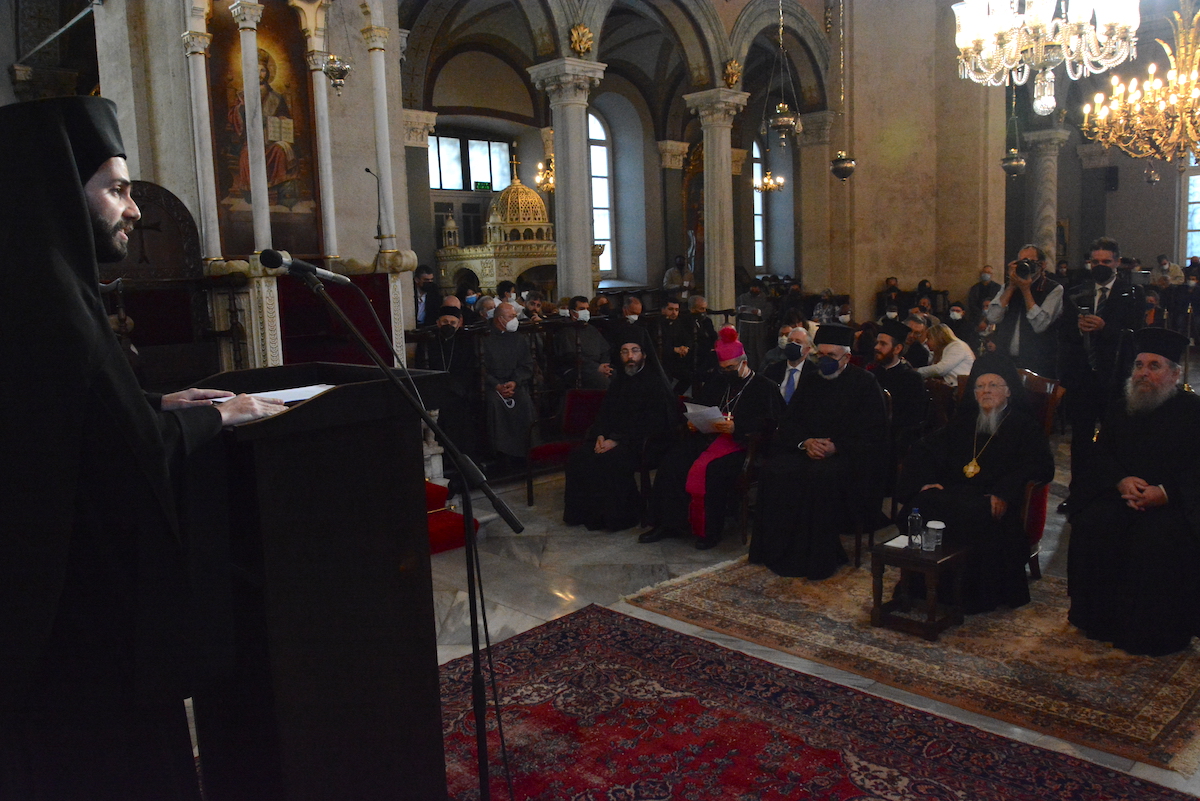 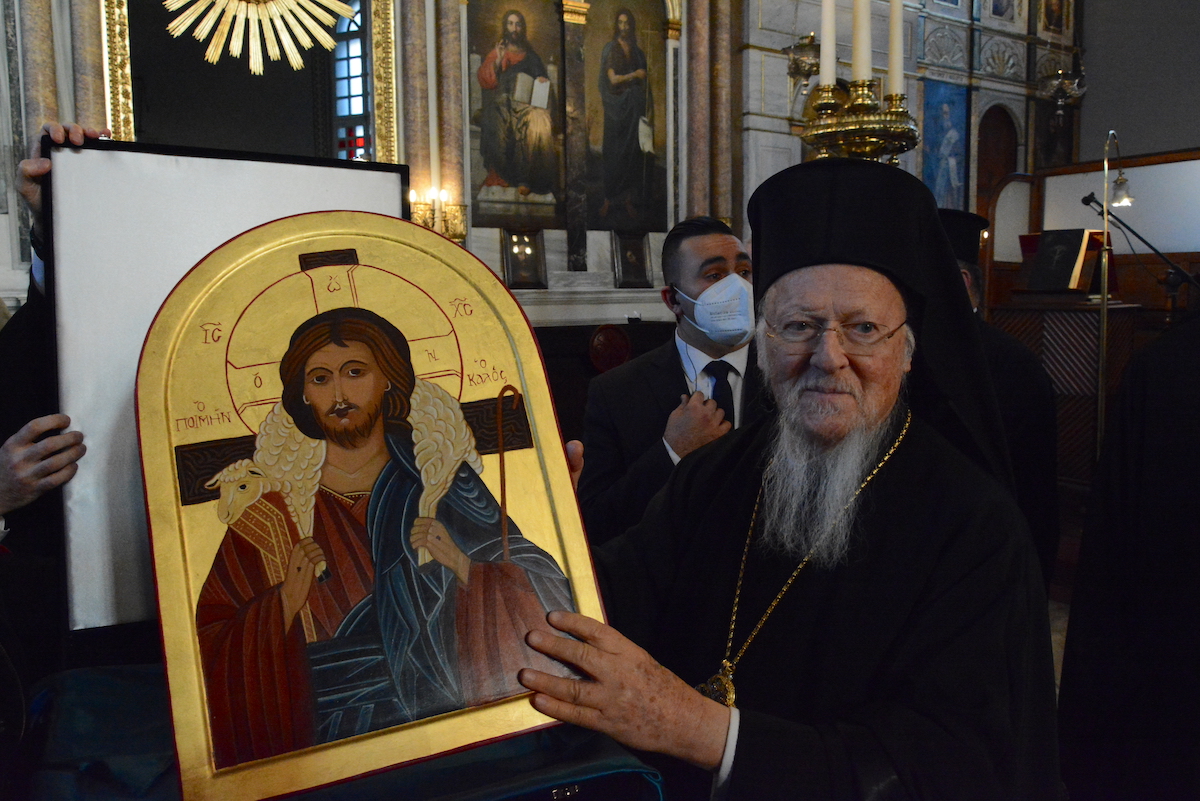 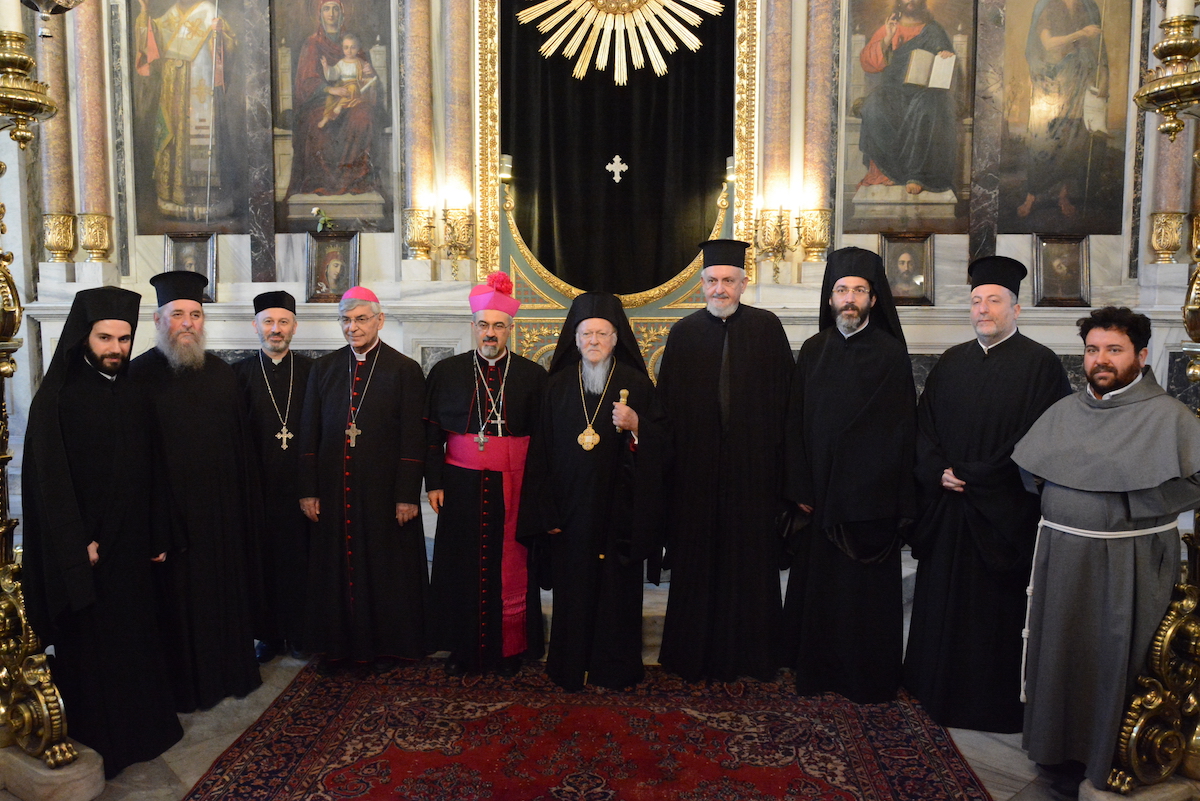 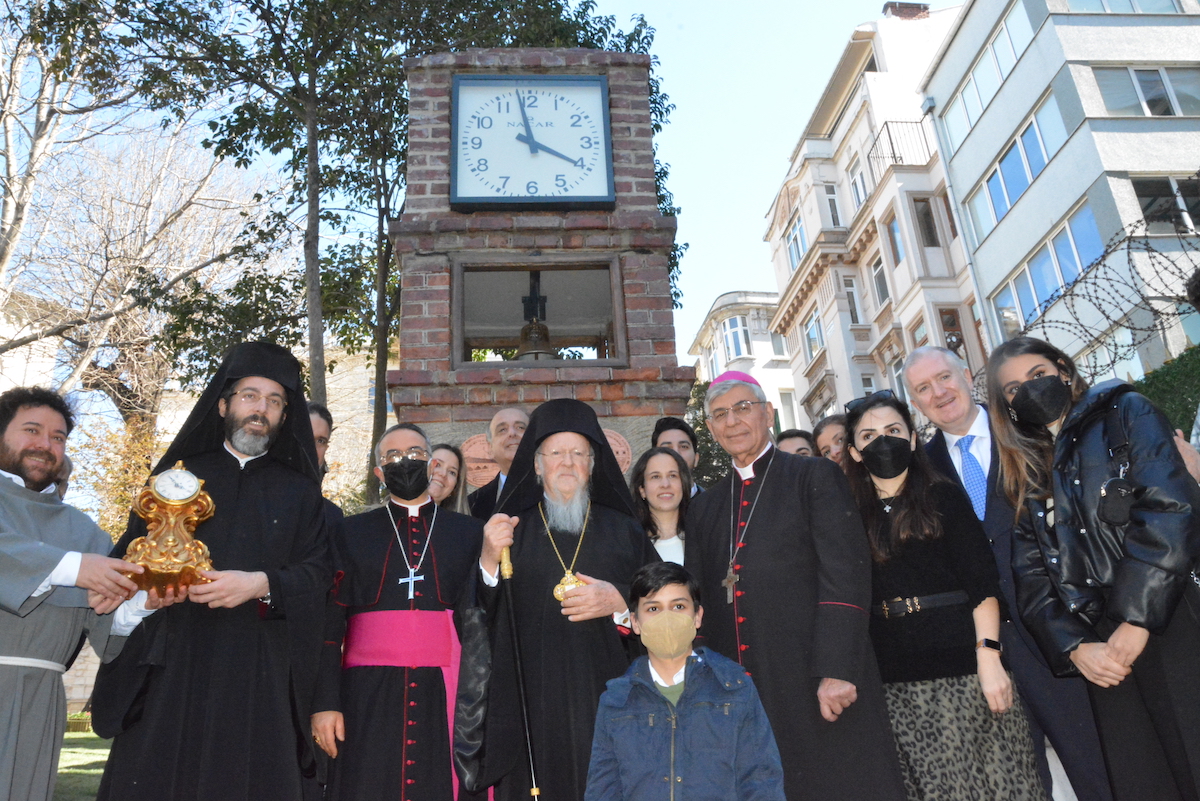 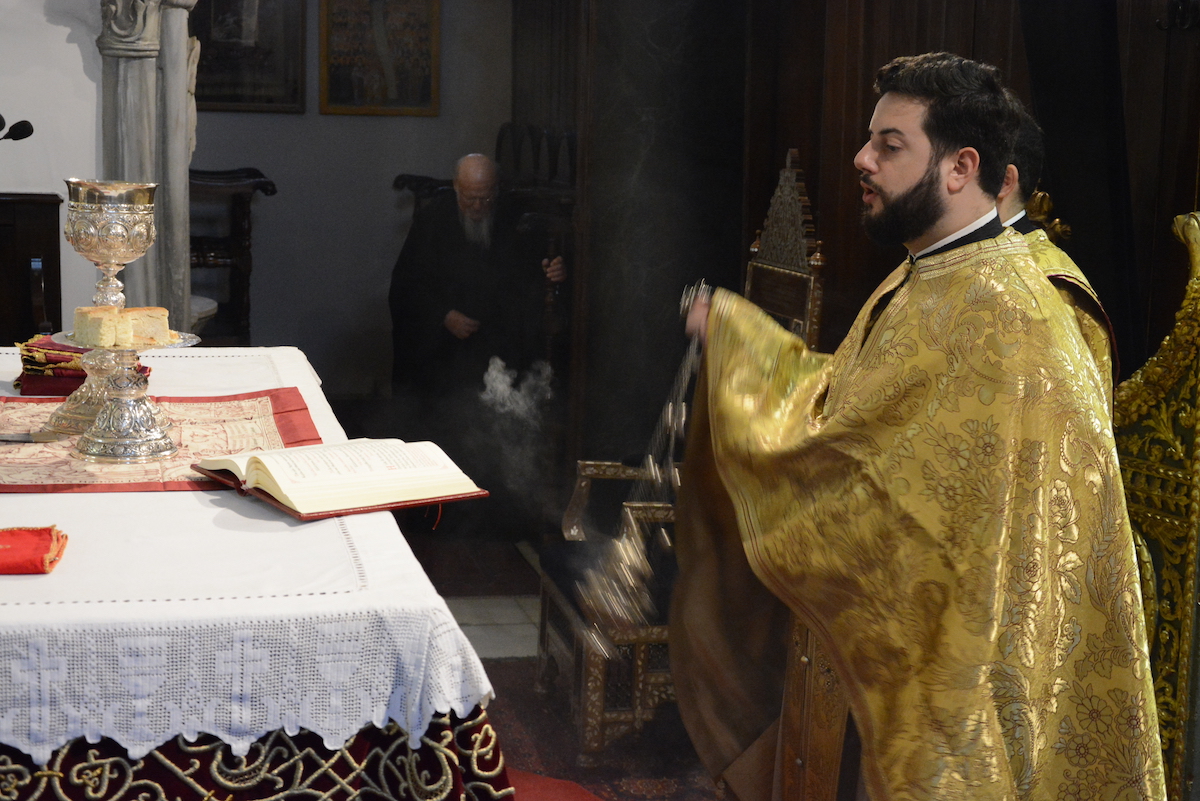 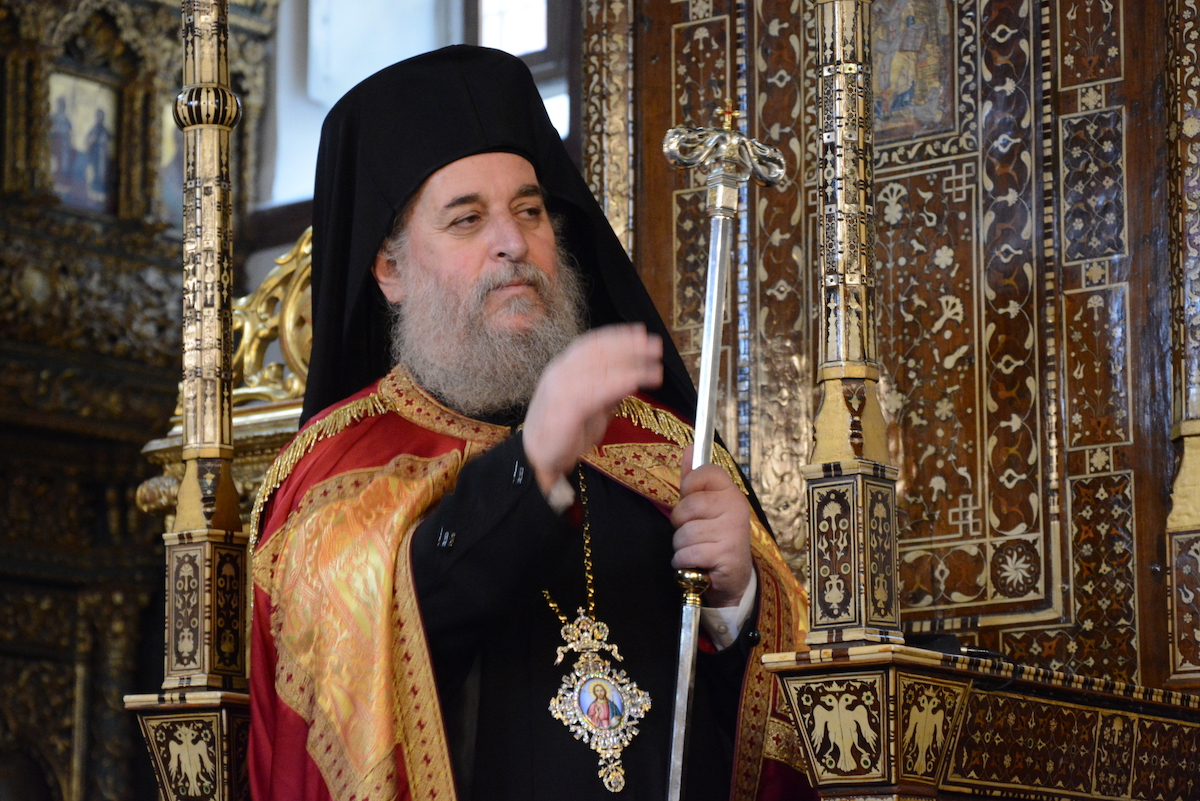 Memory of Venerable Theodora of Thessalonica