Rabbi Marans stated that the award recognizes the Ecumenical Patriarch’s “singular care for humanity and the environment, exceptional commitment to interreligious coexistence, and indispensable advancement of Orthodox-Jewish relations.”

After the presentation, His All-Holiness visited the Greek Orthodox Archdiocese of America, where he blessed Archdiocesan staff in the Chapel of Saint Paul and later attended a luncheon for New York religious leaders.

In his remarks, Cardinal Dolan said of the Ecumenical Patriarch that, “You are an icon to us. I am told that when you look at an icon, you look through an icon to the beyond. And when we see you, when we watch you, we sense the transcendent, we sense the beyond, we sense the spiritual. And we need that very, very much.”

His All-Holiness later participated in Prayers of Thanksgiving and a dinner with Metropolitan Joseph at the Archdiocesan Chapel at the Antiochian Archdiocese in New Jersey on Monday. 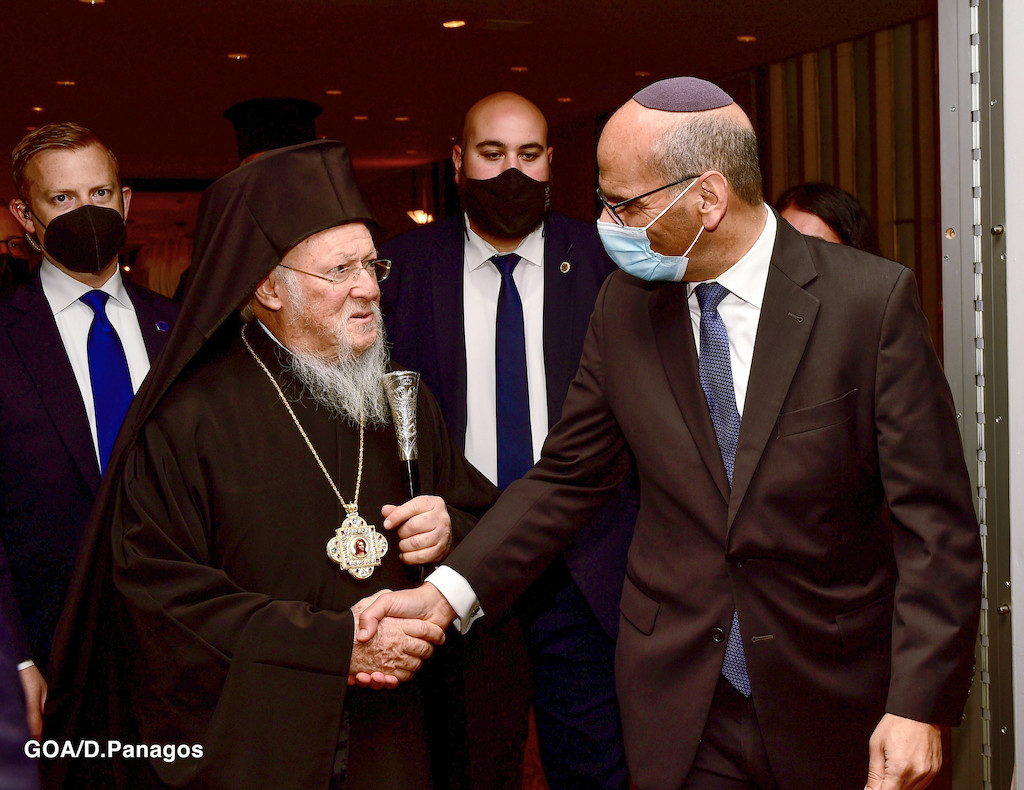 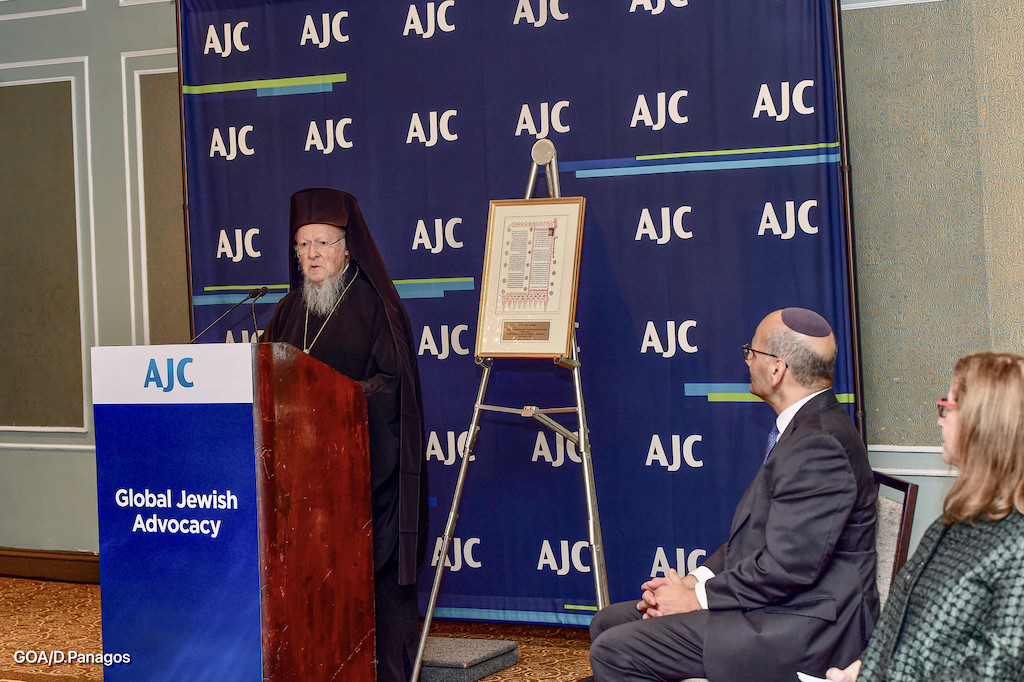 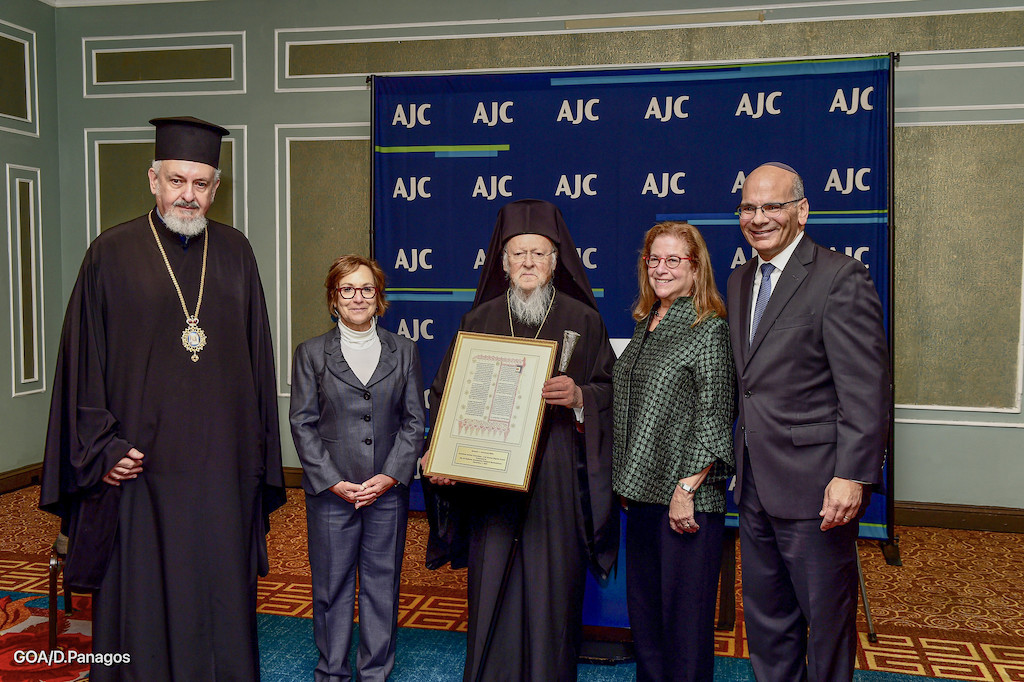 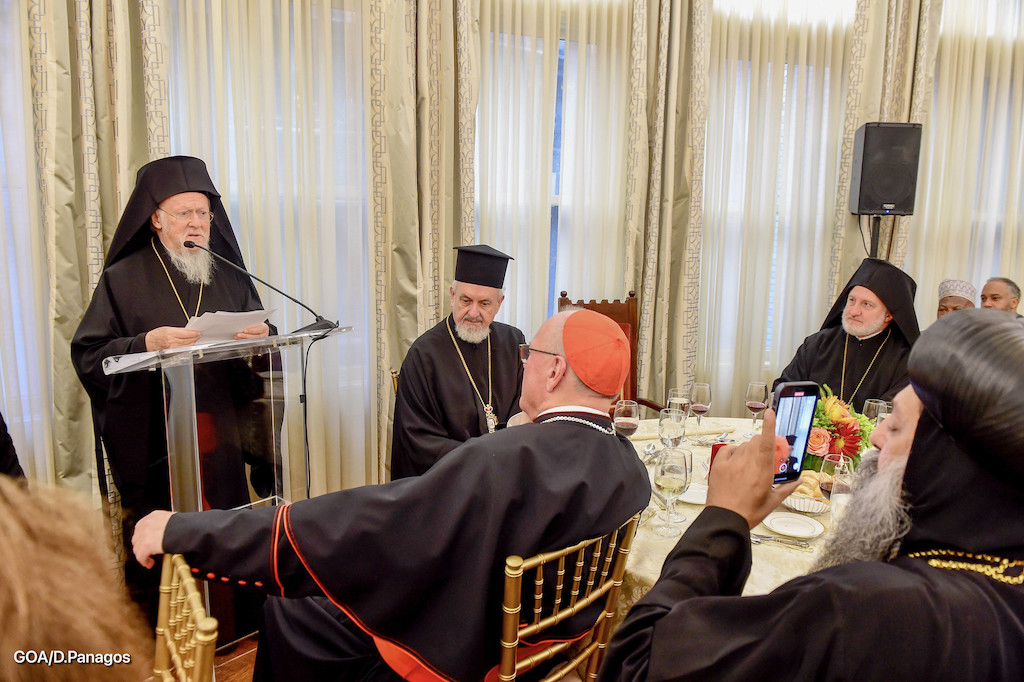 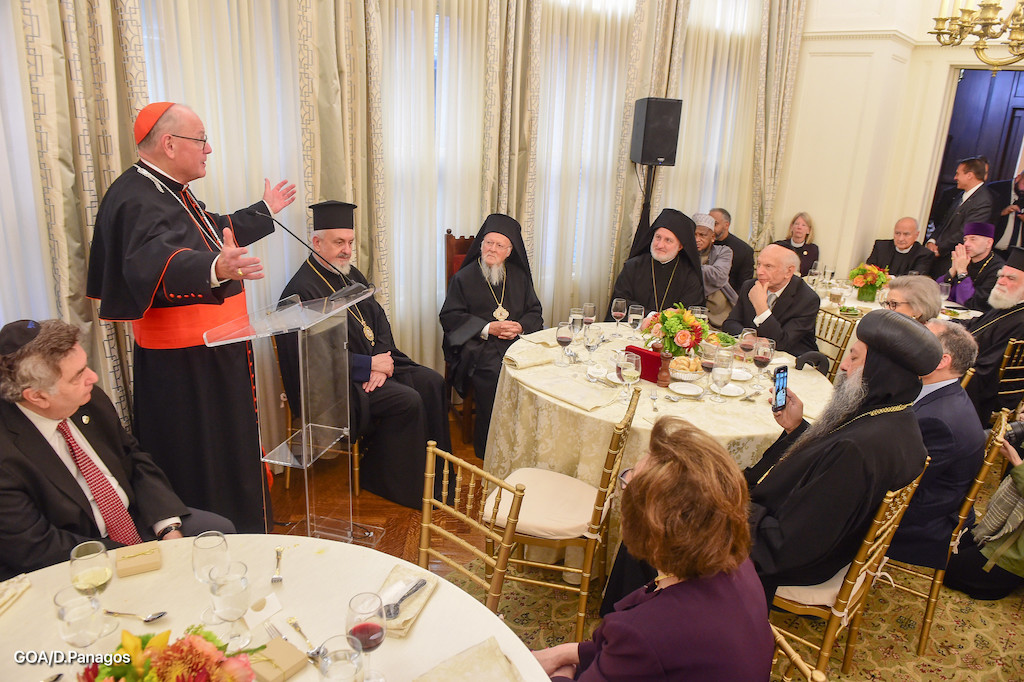 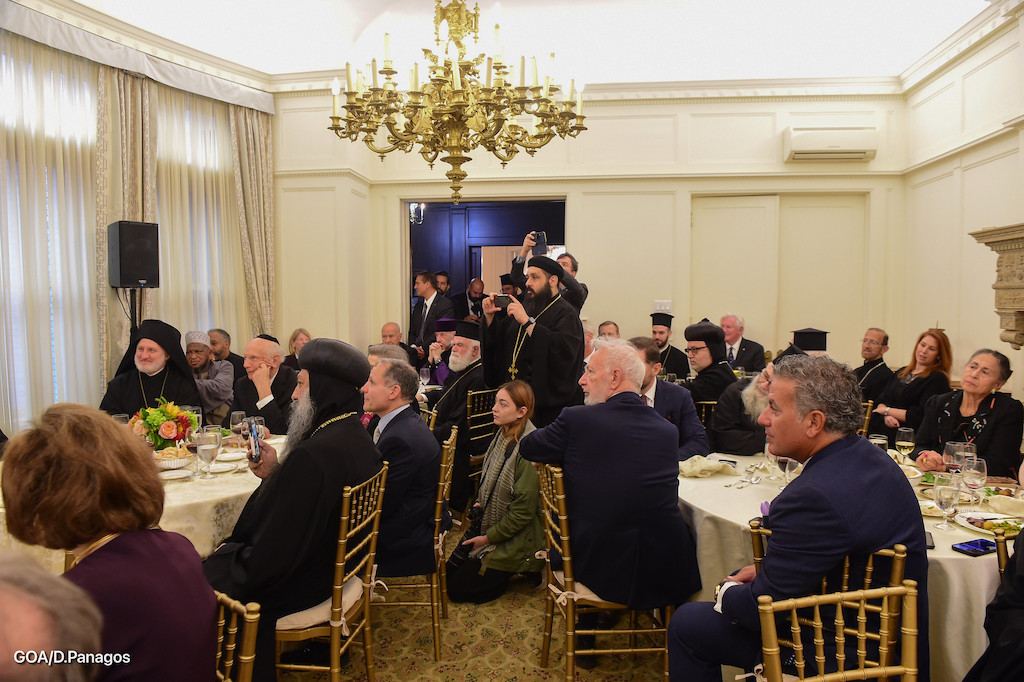 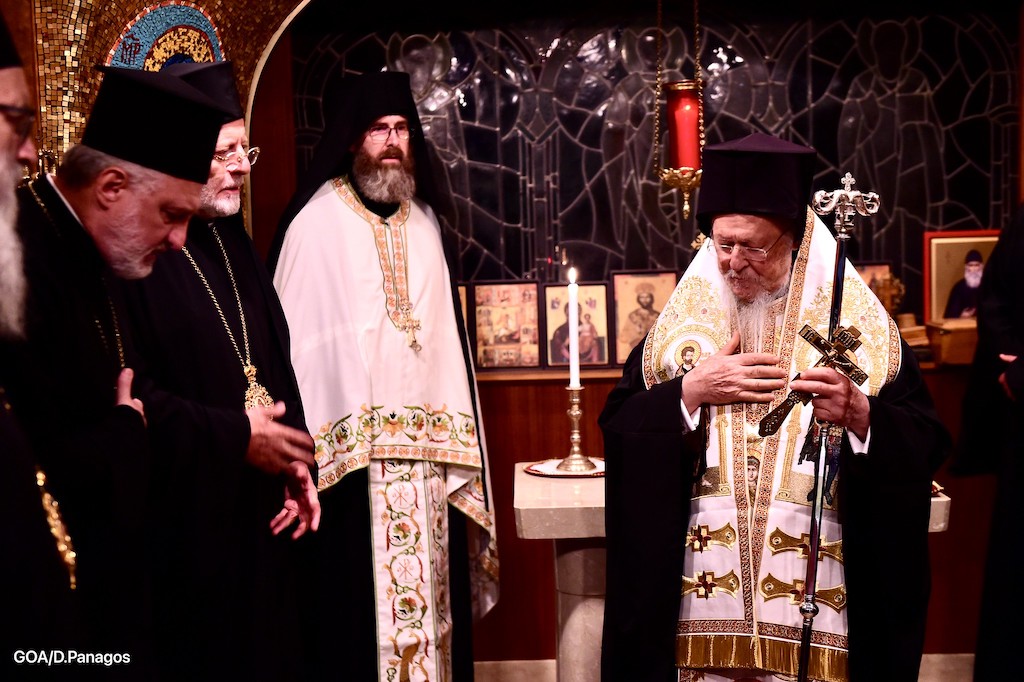 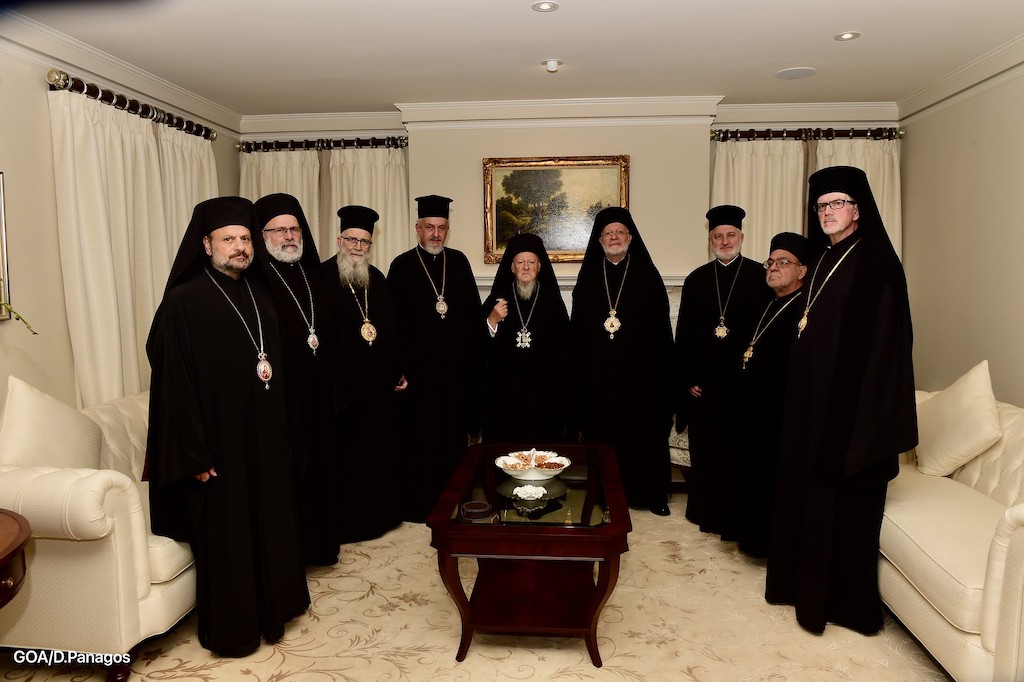 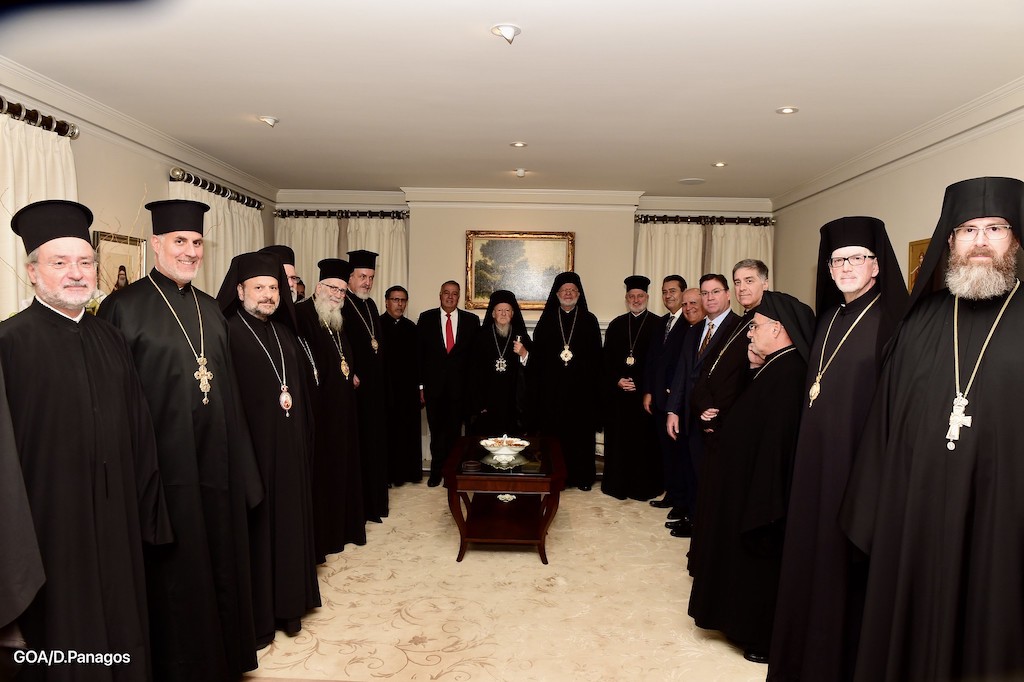 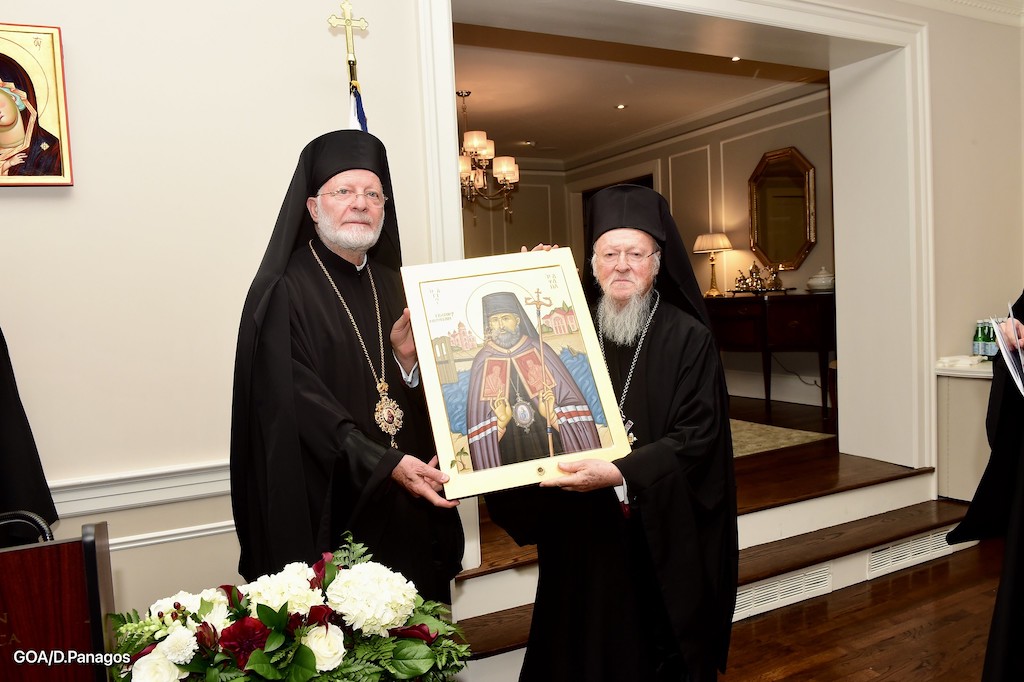 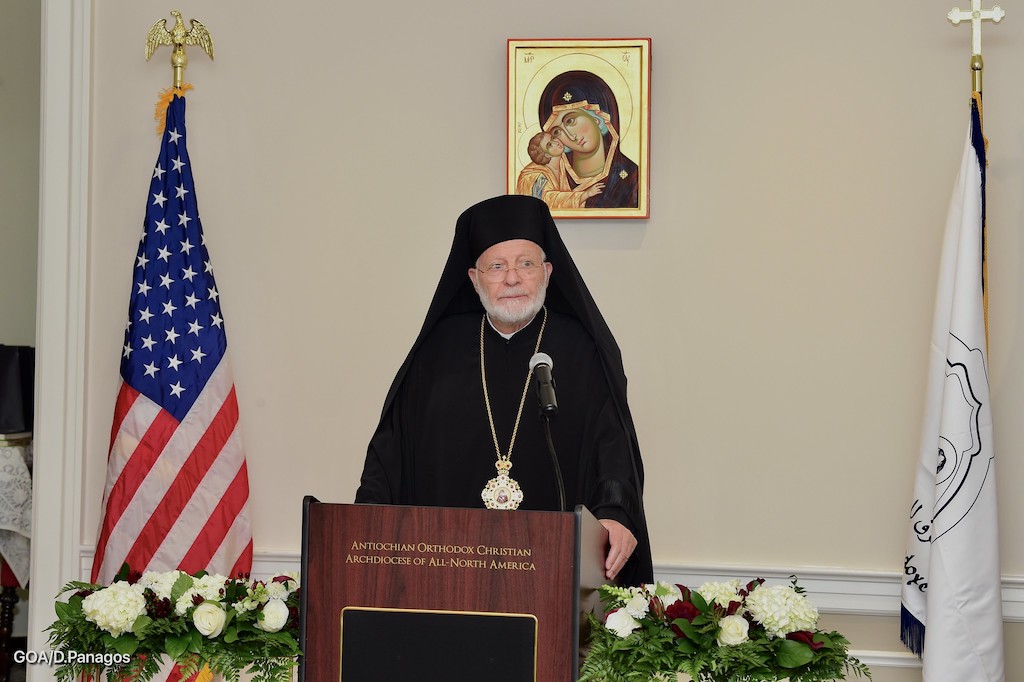