On Sunday, June 26, 2022, the day of commemoration of St. David of Thessaloniki, Metropolitan Arsenios of Austria and Exarch of Hungary accompanied by the Hieromonk Fr. Bartholomew, the Presbyter Fr. Aristides and the Archdeacon Fr. Maximus, presided over the Divine Liturgy at the Church of St. George in Vienna.

During the Divine Liturgy, the Metropolitan ordained the Monk Fr. Iakovos as Deacon, who confessed before the congregation, the clergymen and his Bishop his intention to serve the Church with faith and obedience.

He thanked God, his spiritual Father, the Priest who baptized him and his parents for all they offered him and especially Metropolitan Arsenios for the love and trust he showed to him by accepting to ordain him as Deacon.

In his address to the ordained, the Metropolitan referred to the Monk’s biography and his many years of obedience to his Elder Christodoulos, the former Abbot of the Koutloumousiou Monastery. He praised his decision to listen to the voice of the Church and of the Bishop to come to the Holy Metropolis of Austria in order to minister to the Ecumenical Patriarchate, leaving the “paradise” of the Monastery and to associate with people so as to save souls.

With reference to the Sunday Gospel reading, he then called Fr. Iakovos to trustingly give all of himself to Christ and to work, without exchange, in His Vineyard, like the former fishermen Apostles and Apostle Iakovos together with his brother John, who immediately left their nets and their father to follow Him.

The Metropolitan stressed the obligation of the new clergyman, from the first and all ranks of the Priesthood, to participate in the life of the Holy Trinity, to listen to the voice of Christ and to have Him as the only reference, through the intercessions of the Blessed Virgin Mary and the Saints, with first of all the Protector of the Church, where his Ordination took place, St. George.

“Traditionally,” he said, “fathers from Mount Athos served as priests in this Church, among whom was the baptizer of Fr. Iakovos, transferred to Frankfurt, Germany, Father Timothy.”

He also stressed that it is not the aim of the clergyman to obey his personal will or that of the world, but, showing patience and love, to teach people the words of the Gospel, the tradition of the Church, the will of God, with obedience to the Patriarch and the Bishop, who are judged only by the Synod and not by individual persons. In conclusion, Metropolitan Arsenios advised the ordained to be diligent and hardworking.

During the Holy Sacrament, the faithful in attendance chanted the “Axios” and the new Deacon participated in the Divine Liturgy performing the duties prescribed by the Canon. After the conclusion of the Liturgy, the clergymen and the congregation cordially congratulated the Metropolitan and the newly ordained Deacon Fr. Iakovos. 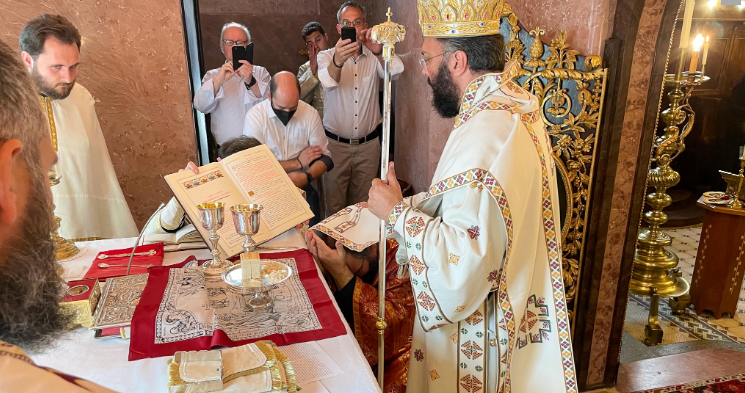 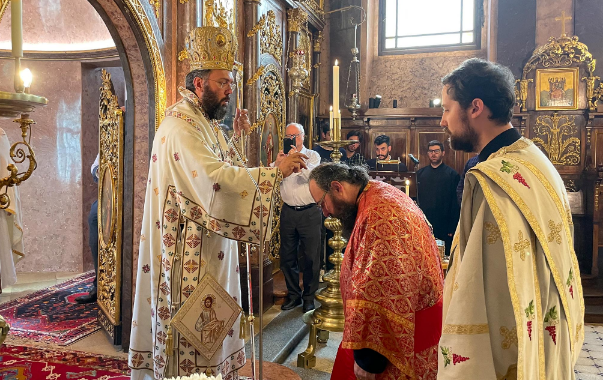 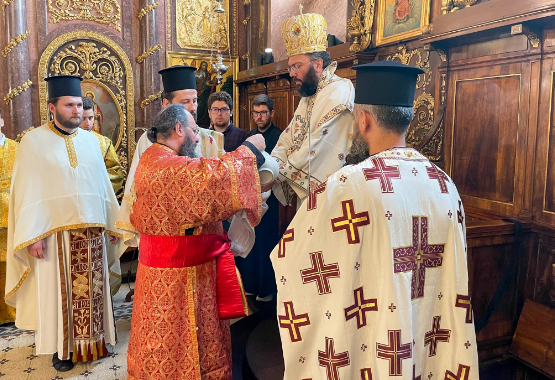 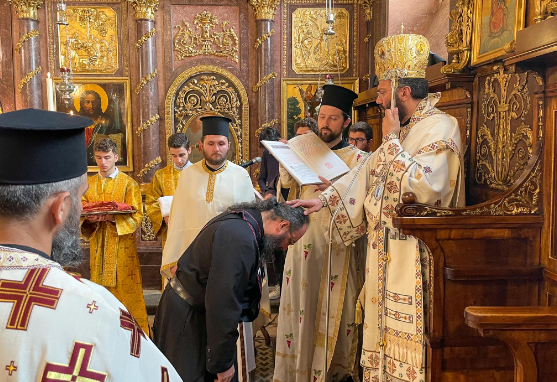 Tags: Dioceses of the Ecumenical PatriarchateMetropolis of Austria and Exarchate of HungaryMetropolitan Arsenios of Austria