Another schismatic community has joined the Holy Archdiocese of Australia

A blessed and historic day dawned on Sunday, 6 June, for the Community of St Nektarios in Wollongong, NSW; for the Greeks in the broader region; in fact, for all Greek people and the whole Greek Orthodox Church of Australia. On this day, after five decades of division, discord, and spiritual darkness, the schismatic Community of St Nektarios officially returned to the fold of the Holy Archdiocese and the Ecumenical Patriarchate.

The members of the community, filled with love, joy, and enthusiasm, eagerly gathered in the church to welcome their Shepherd. In fact, at the church entrance, a giant banner was hung welcoming Archbishop Makarios of Australia. Also present were political representatives including the Mayor of Shellharbour, Cr Marianne Saliba; the NSW MP Paul Scully; and Alison Byrnes, representing Federal MP, the Hon Sharon Bird.

Archbishop Makarios, who presided over the Hierarchical Divine Liturgy accompanied by Bishop Iakovos of Miletoupolis and Bishop Emilianos of Meloa, was warmly welcomed by the President of the Community, Arthur Tzortzis, and Vice-President, Kathy Tzanis. In addition, they presented him with an engolpion as an expression of gratitude for his role in bridging the divisions and in remembrance of this historic day for their Parish – Community.

More precisely, the President of the Community noted in his address: “We never expected that we would live this moment. Many attempts in the past, failed. We praise God because now, all together, united, we will move forward for the good of the Church and Hellenism. We express our gratitude to Archbishop Makarios because, without him, this unification would not have been possible. From the moment he arrived in Australia, he had a vision for miraculous unification and with his love and manner, he is achieving this.”

Parish Priest, Fr Anastasios, spoke similarly in his address. Having referred to the theological significance of unity and love, he noted: “We first thank St Nektarios for the miracle we are living today and then our Archbishop, for without his care and help, we would not have reached the point that we have today. The Archbishop’s love and patience have won.”

The Archbishop, for his part, was visibly moved by the fact that another community has been reinstated within the canonical jurisdiction of the Church and addressed paternal words of love to the large congregation, emphasizing, among other things, that they made a great spiritual revolution and won. “You managed, despite the difficulties, enmities, egos and practical obstacles,” he stressed, “to leave the lie, the schism, and division and to come to the One, Holy, Catholic and Apostolic Church; to this Church, which is still alive because it remains as we received it from the Apostles, the Holy Fathers and the Ecumenical Councils.

This great spiritual success makes not only you rejoice, but all of us. Our Ecumenical Patriarch Bartholomew is the first to congratulate you along with the Holy and Sacred Synod of our Ecumenical Patriarchate and all the clergy and the Orthodox people of Australia rejoice with us today. I confess with all my sincerity that, from today, our Archdiocese becomes spiritually brighter because yet another schism has been erased and has disappeared,” His Eminence pointed out, referring to a new page, which is beginning to be written in the life of the Parish of St Nektarios as well as in the life of the local Church.

Afterwards, the Archbishop congratulated the members of the Community for the brave decisions they took, while he made special mention of the President, Arthur Tzortzis, acknowledging his decisive contribution. “You will be written about with gold letters in the history of the Community of St Nektarios,” he said characteristically, while not failing to congratulate Fr Anastasios Bozikis for his ecclesiastical mindset and exemplary love with which he serves the faithful of the Parish, in recent times. “I thank all of you for trusting me,” he added, “and I promise you that together we will move forward, united, as Christ told us: ‘That they may be one as We are’ (John. 17:11).

In addition, on the occasion of the reinstatement of the Community of St Nektarios, the Archbishop addressed a message of unity to the rest of the Greek people in Australia, who are still living the nightmare of schism and division. “I invite them to come to us; to come to the light and to the truth. We love them and we want to be all together. I do not believe it is worthy for our brothers, who have the same blood and the same faith, to live outside the Church. They also deserve the one true Church and I am personally prepared to receive them in our Holy Archdiocese,” he stressed, among other things.

This great celebration for the Parish – Community of St Nektarios ended with a meal given in honor of the Archbishop who, together with all those present, had the opportunity to take pride in the youth that presented traditional Greek dances. 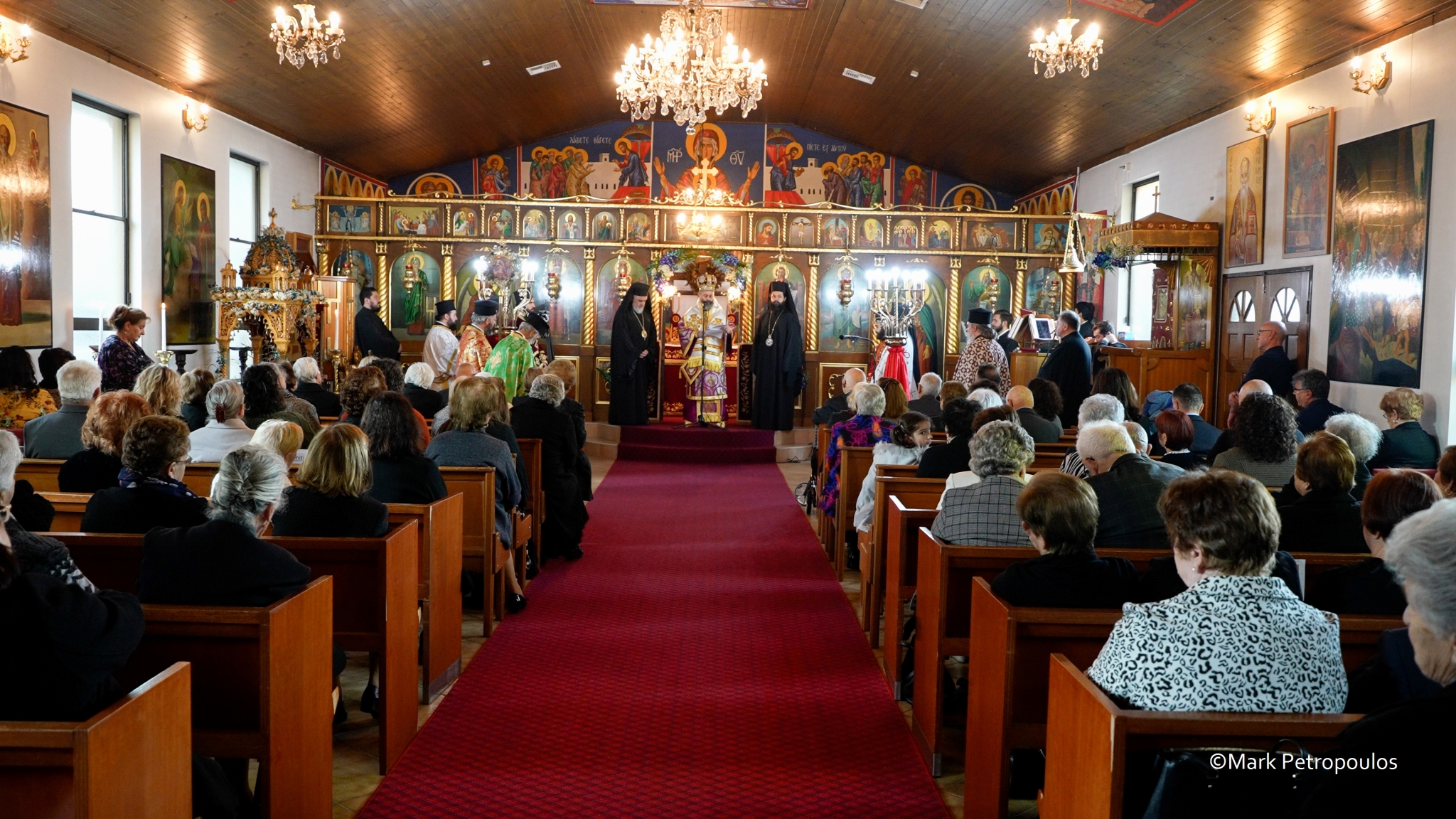 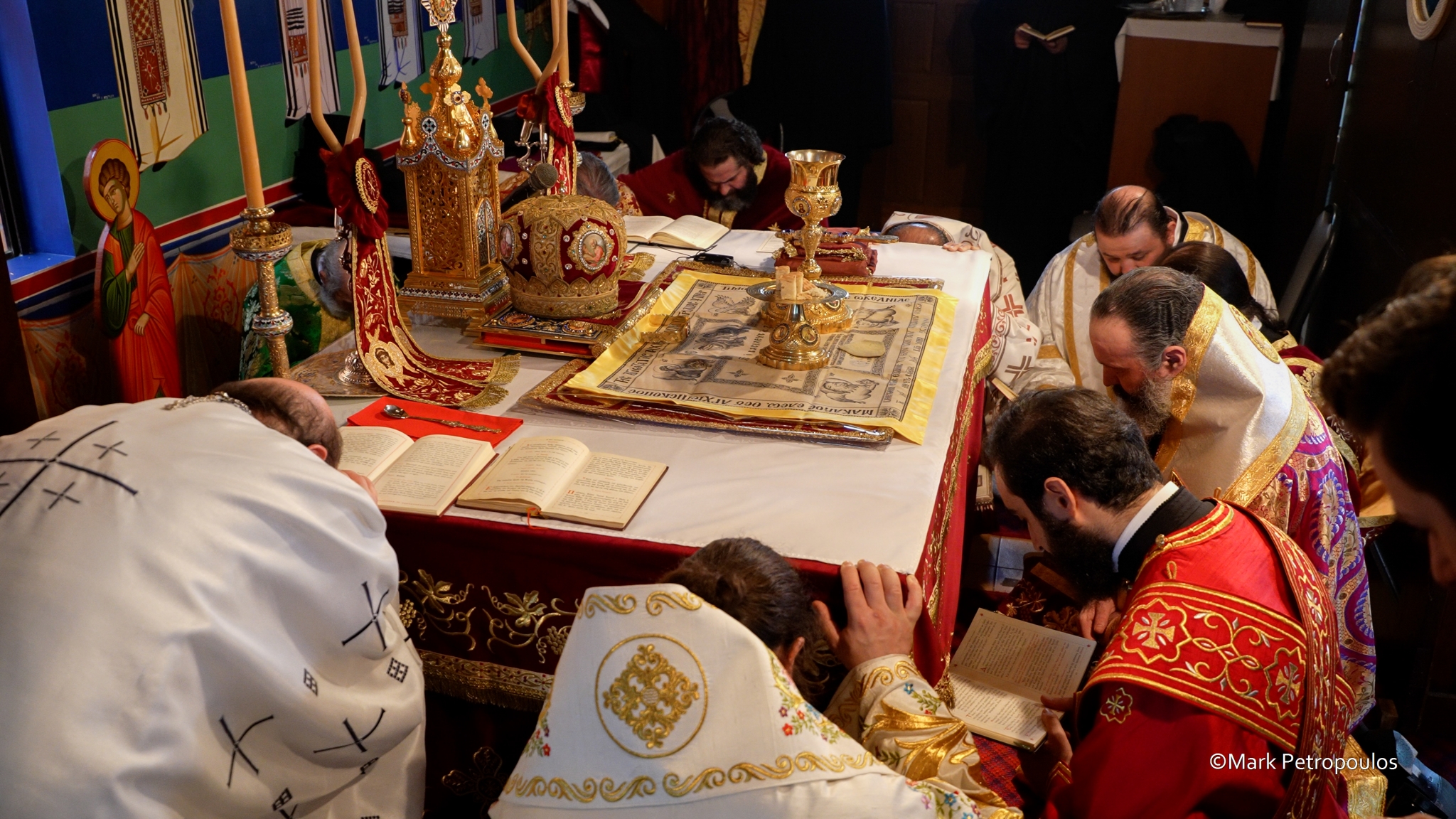 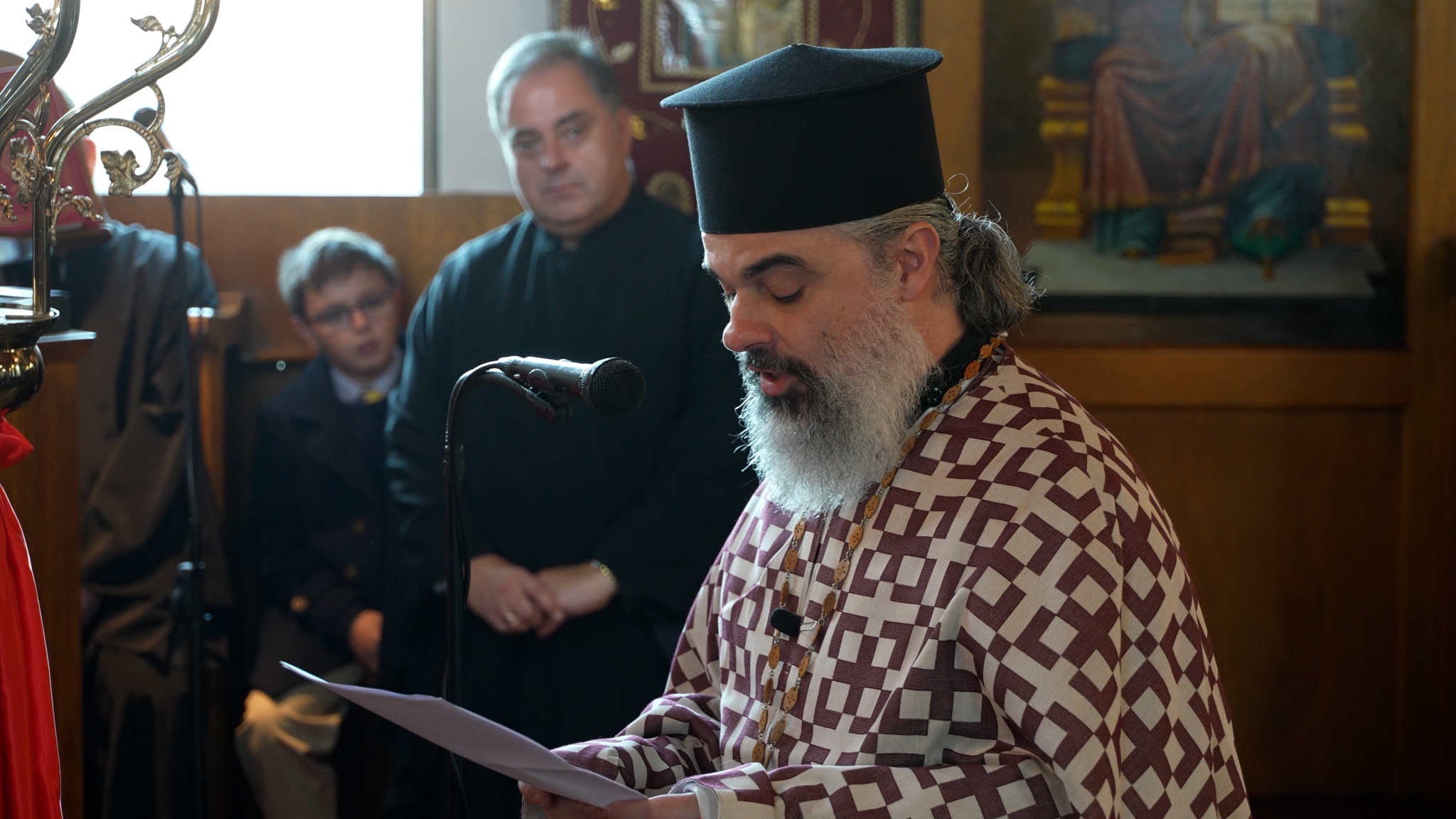 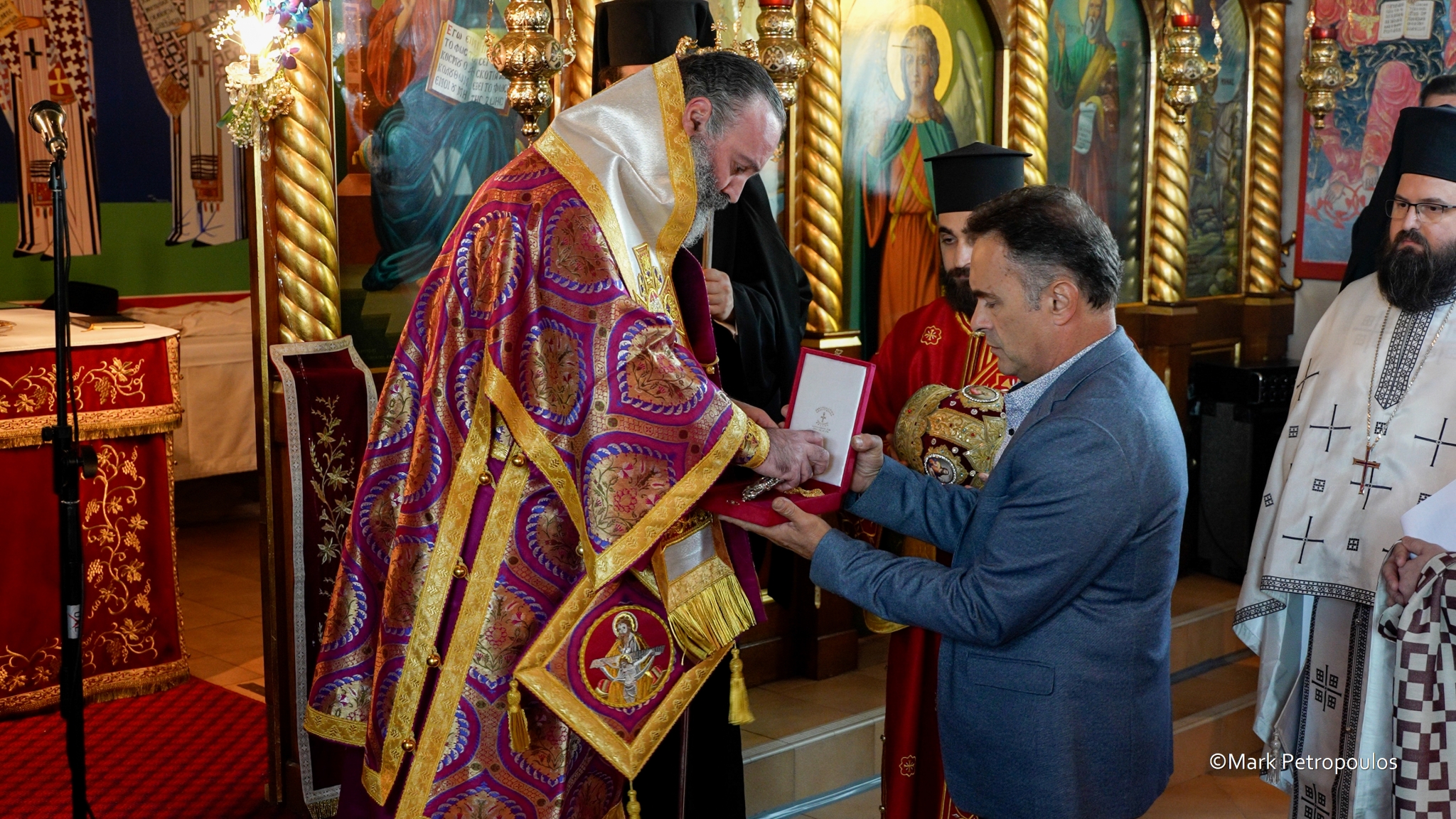 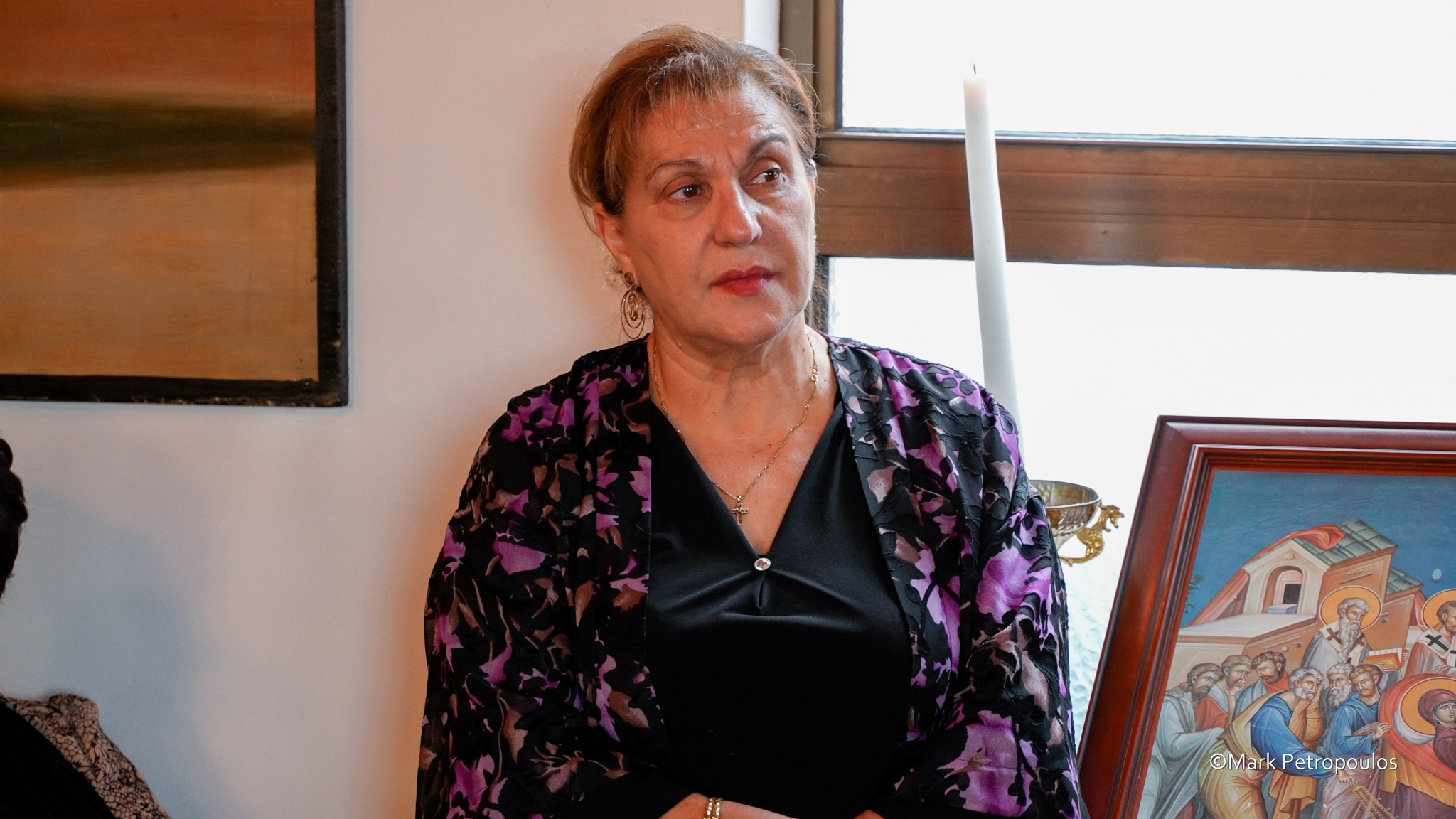 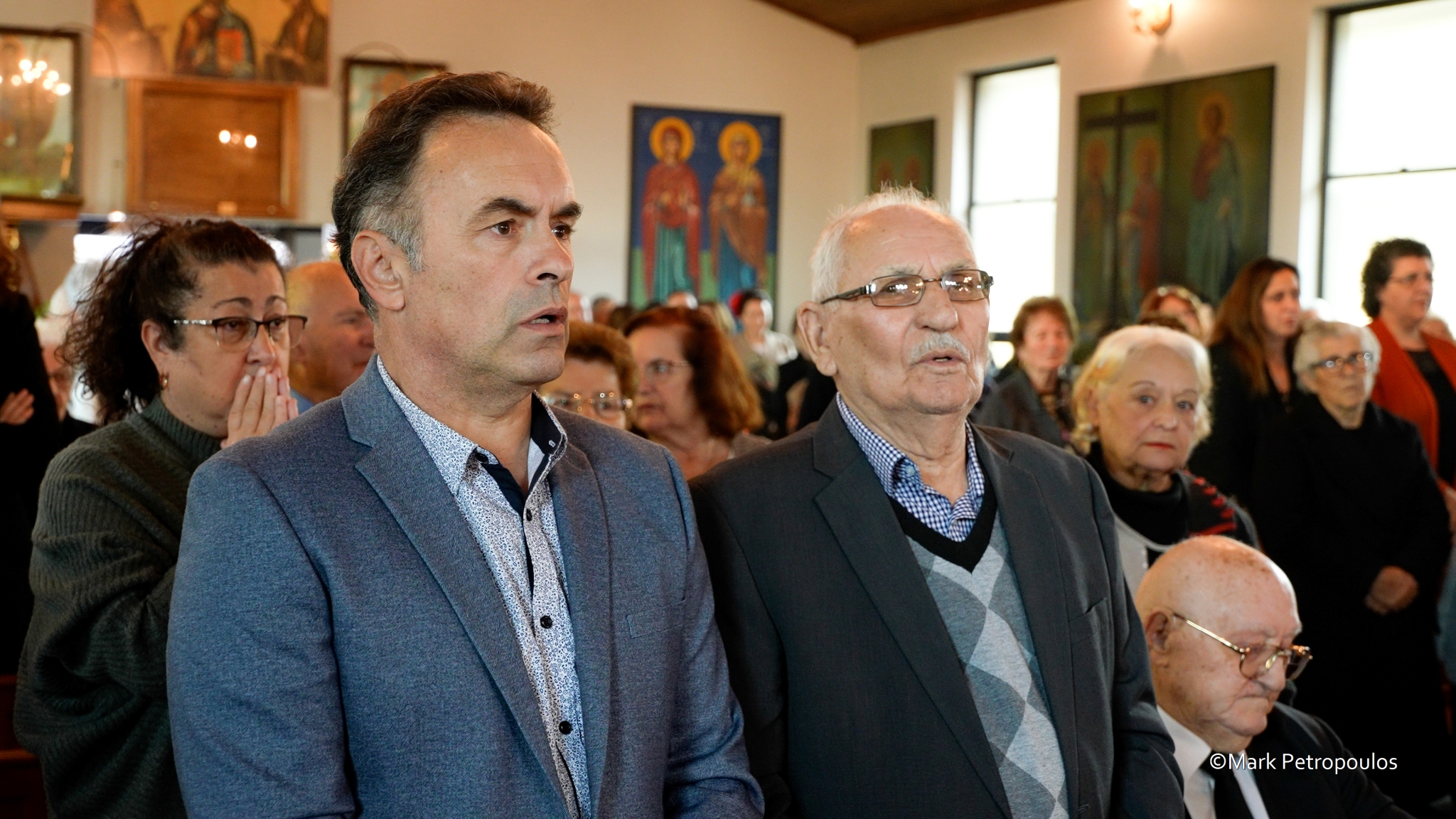 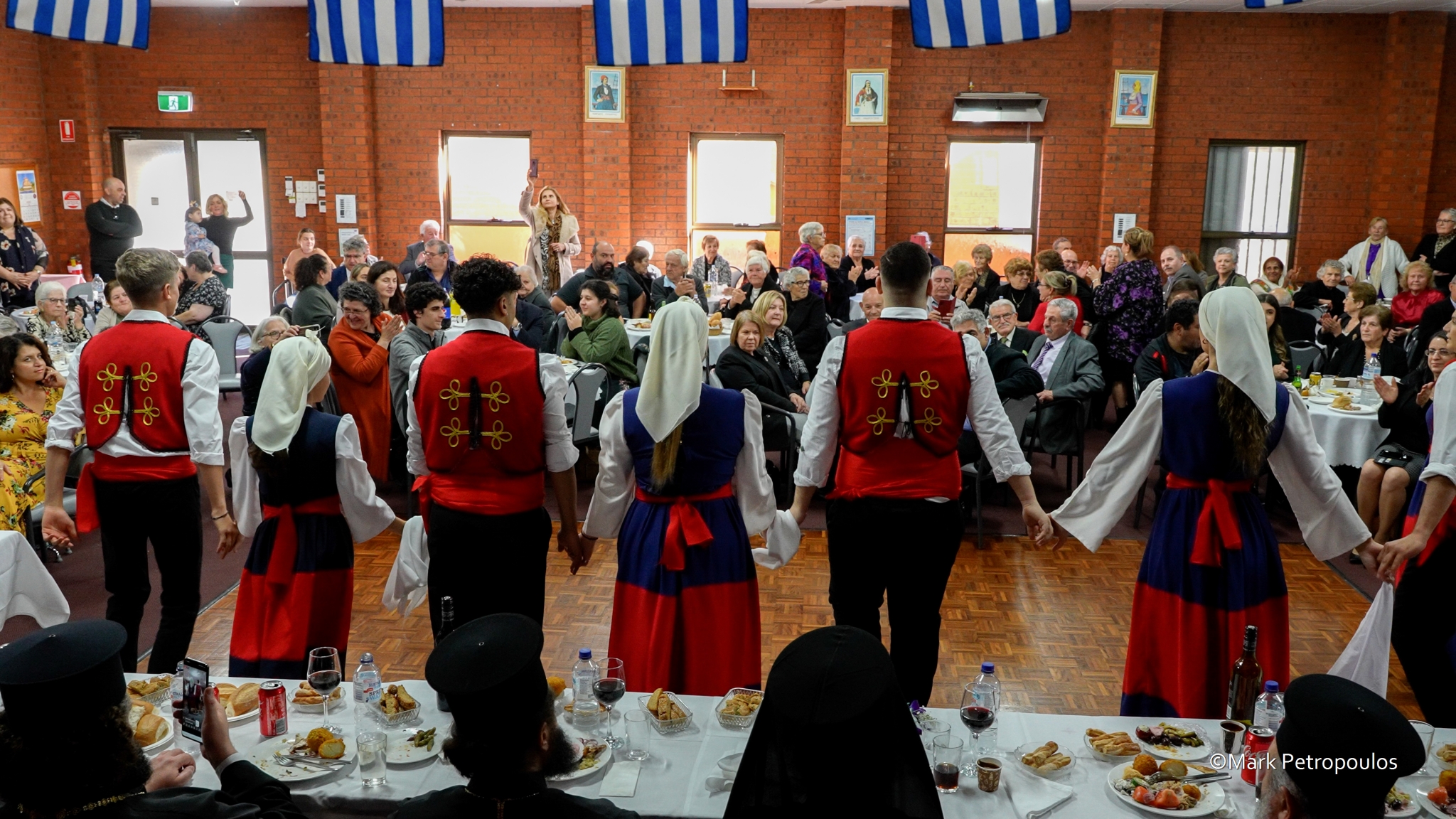