With the Blessings of Archbishop Makarios of Australia, the Archiepiscopal Vicar of Canberra Bishop Bartholomew of Charioupolis attended the Australian Hellenic Memorial in Canberra for a memorial service and wreath-laying for those who fell in the Battle of Crete.

At the end of the service, Bishop Bartholomew laid a wreath on behalf of the Greek Orthodox Archdiocese of Australia and Archbishop Makarios of Australia.

In attendance was the Greek Ambassador of Greece in Australia Georgios Papacostas, the High Commissioner of New Zealand Annette King, Georgia Alexandrou, representing the High Commissioner of Cyprus Martha Mavrommatis, the Deputy Chief of the General Staff of the National Defence Force of Greece, Admiral Ioannis Drymousis as well as members of the Australian Army, Navy, and Airforce, members of the RSL.

It is also worth noting that the memorial service was attended by an Australian veteran of the Battle of Crete, who had fought to defend the island as a member of the ANZAC corps – 102 years old today – Les Cook of the 6th Division. 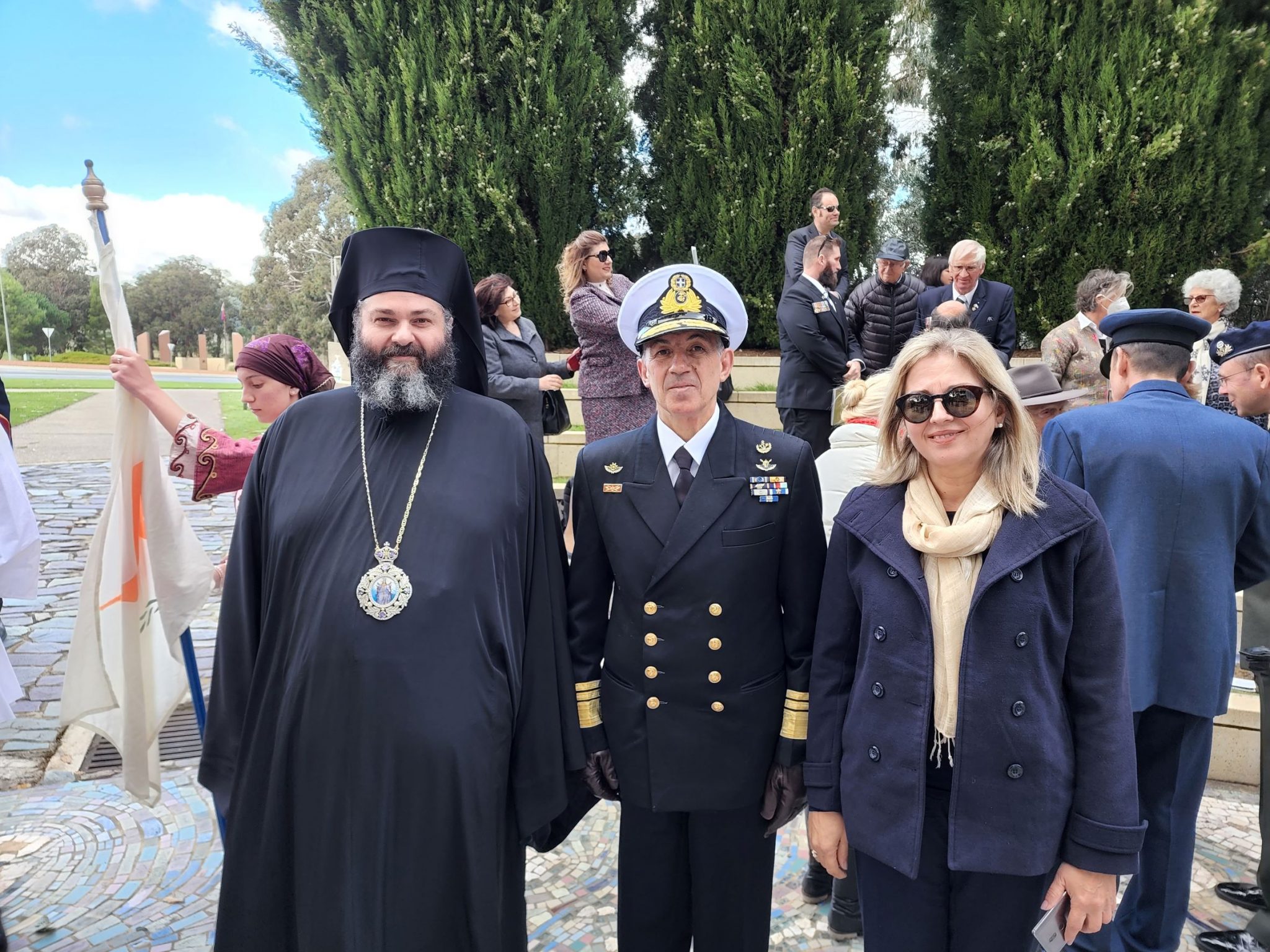 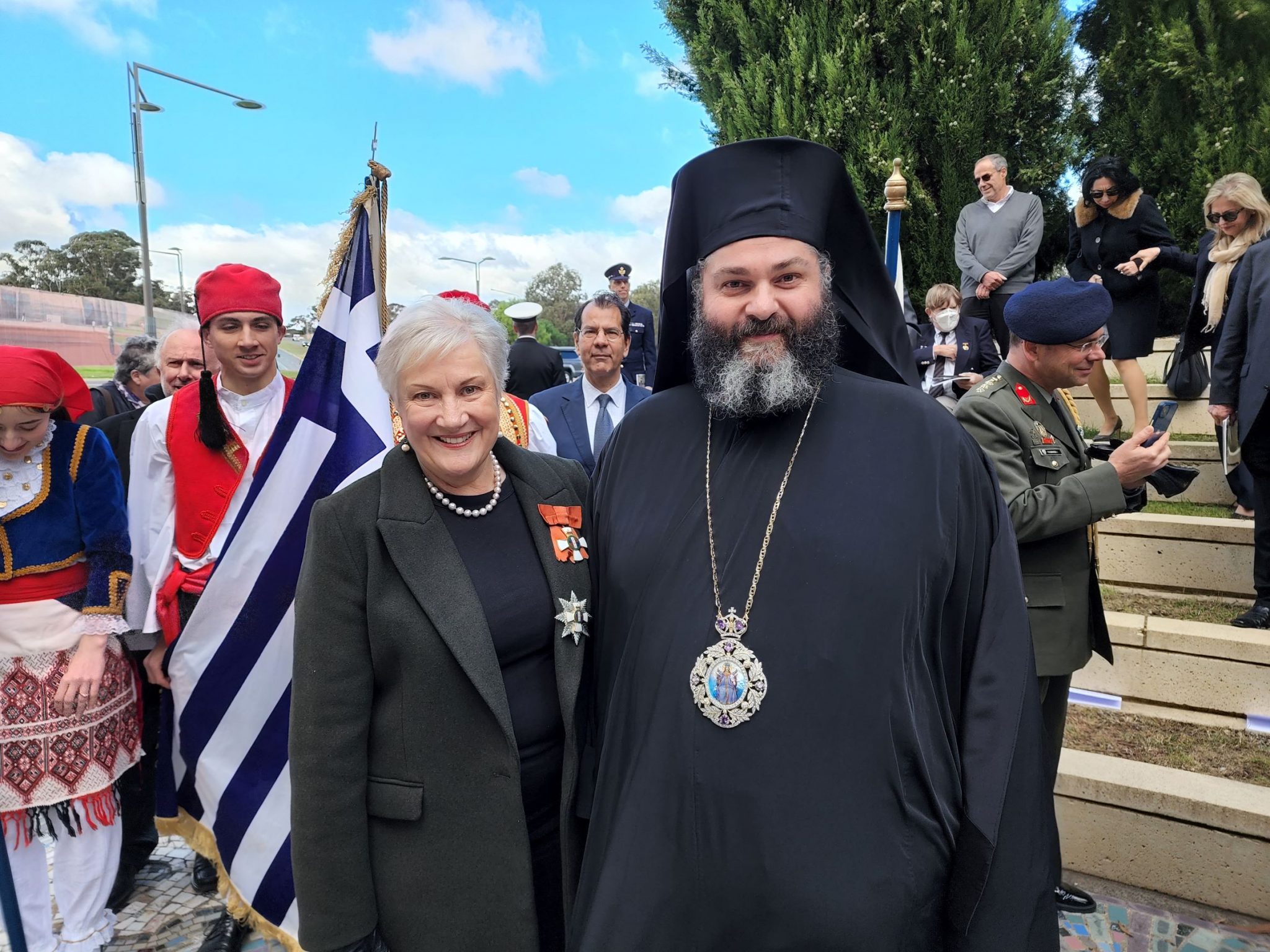 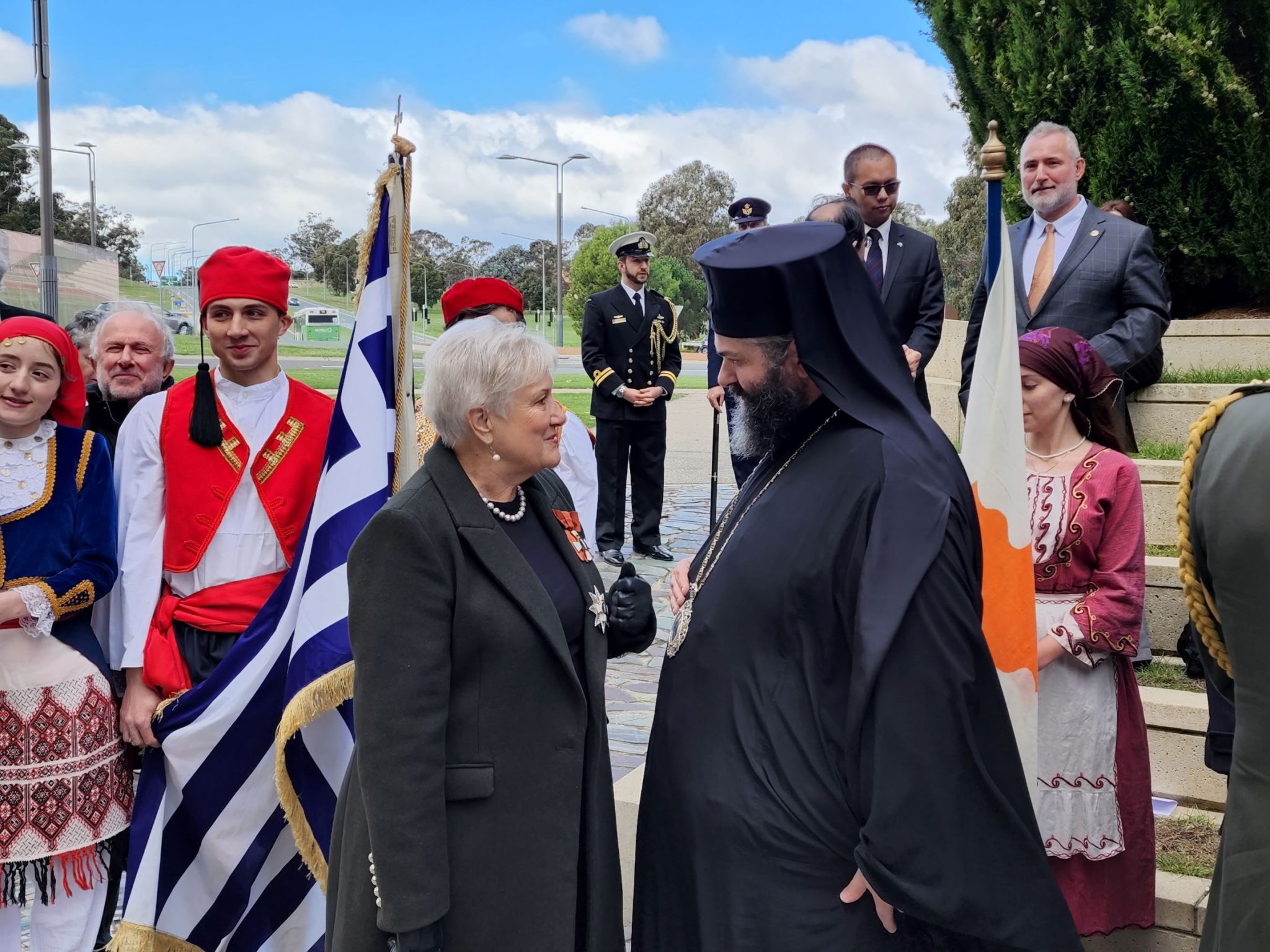 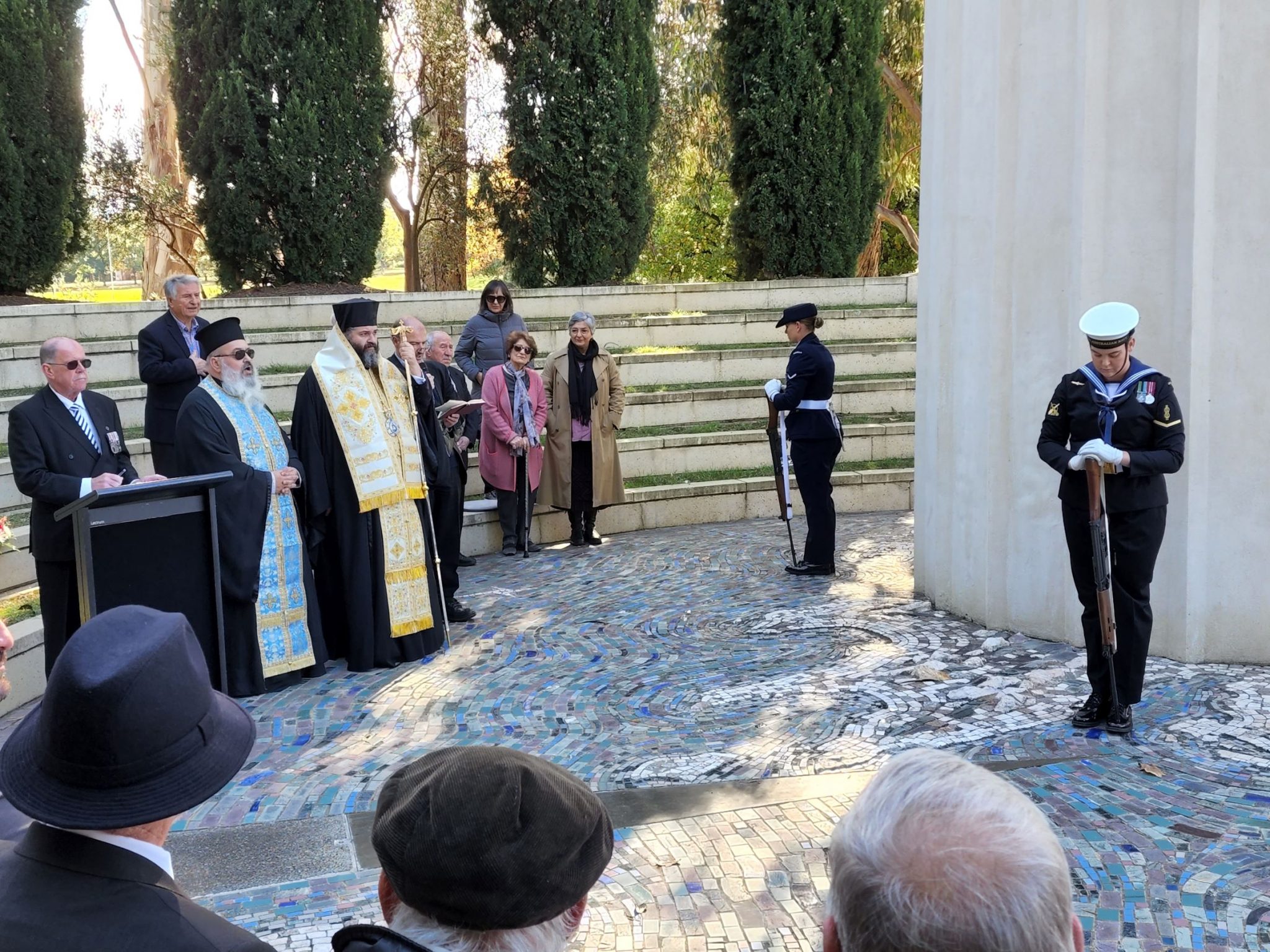 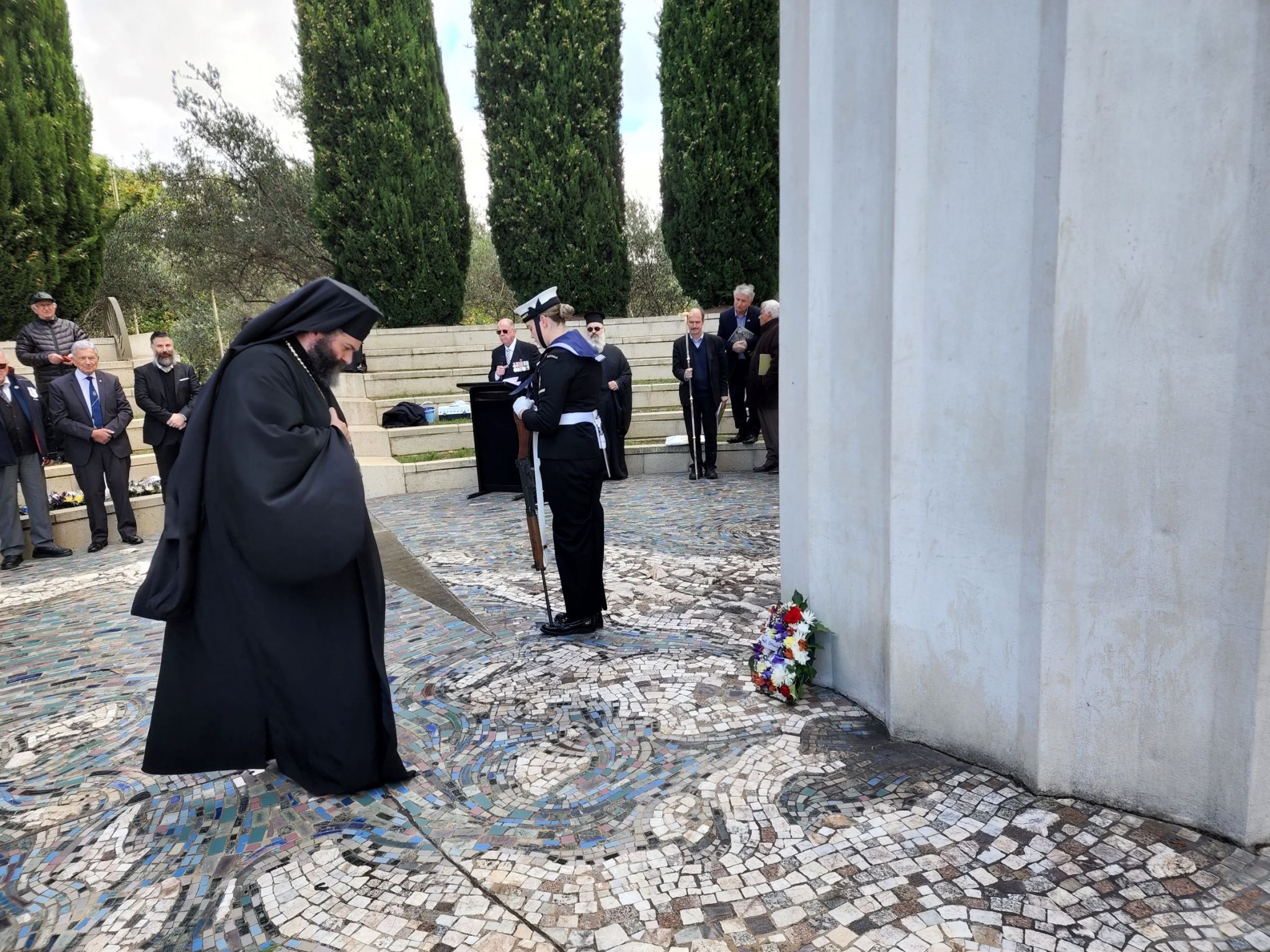 Turkish Foreign Ministry: You talk about genocide of the Pontians when you slaughtered the Turks in Tripolitsa in 1821