At the same time that Patriarch Kirill of Moscow is giving the Russian army an icon of the Virgin Mary in order to conquer Ukraine more quickly, dozens of monuments and churches in Ukraine have been destroyed by the Russian bombing.

In the war launched by Russia on February 24 against Ukraine, in addition to the dead and displaced, the Churches are victims of the Russian invasion.

One would expect an Orthodox Christian country, which even proclaims Christianity and Orthodox culture as one of its main values, to respect the ecclesiastical heritage of the Orthodox Ukrainian people.

However, this has not happened so far.

A total of 30 churches, mosques, and synagogues have been destroyed by Russian bombings, as well as urban infrastructure, hospitals, maternity wards, kindergartens schools, museums.

Characteristic is that people died tragically from the bombing of churches where they had sought refuge, believing that they were safe there.

It is worth noting that half of the churches destroyed by the Russian attack are architectural monuments that survived World War I, withstood the atheistic policies of the Soviet Union and the Nazis during World War II. 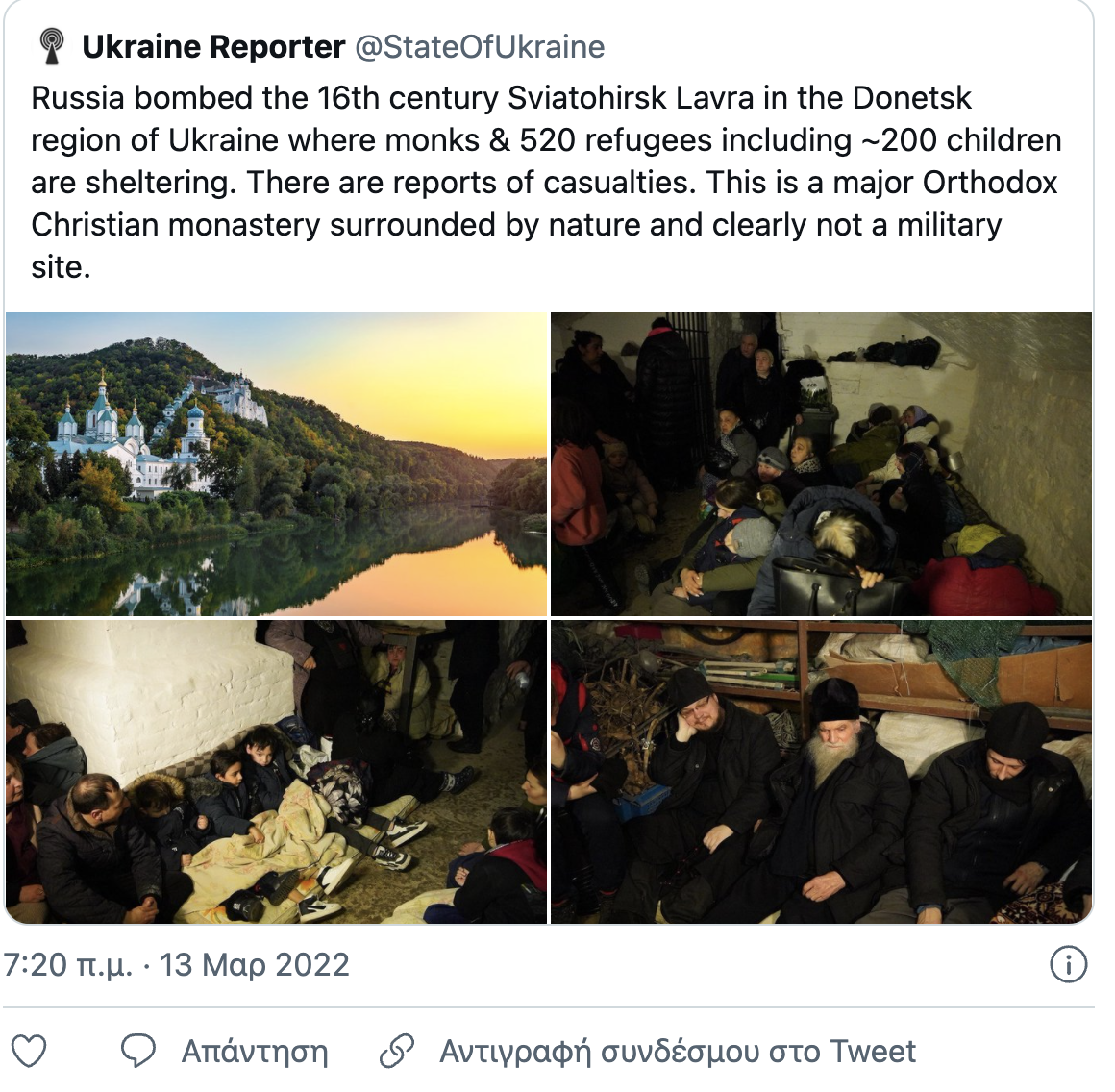 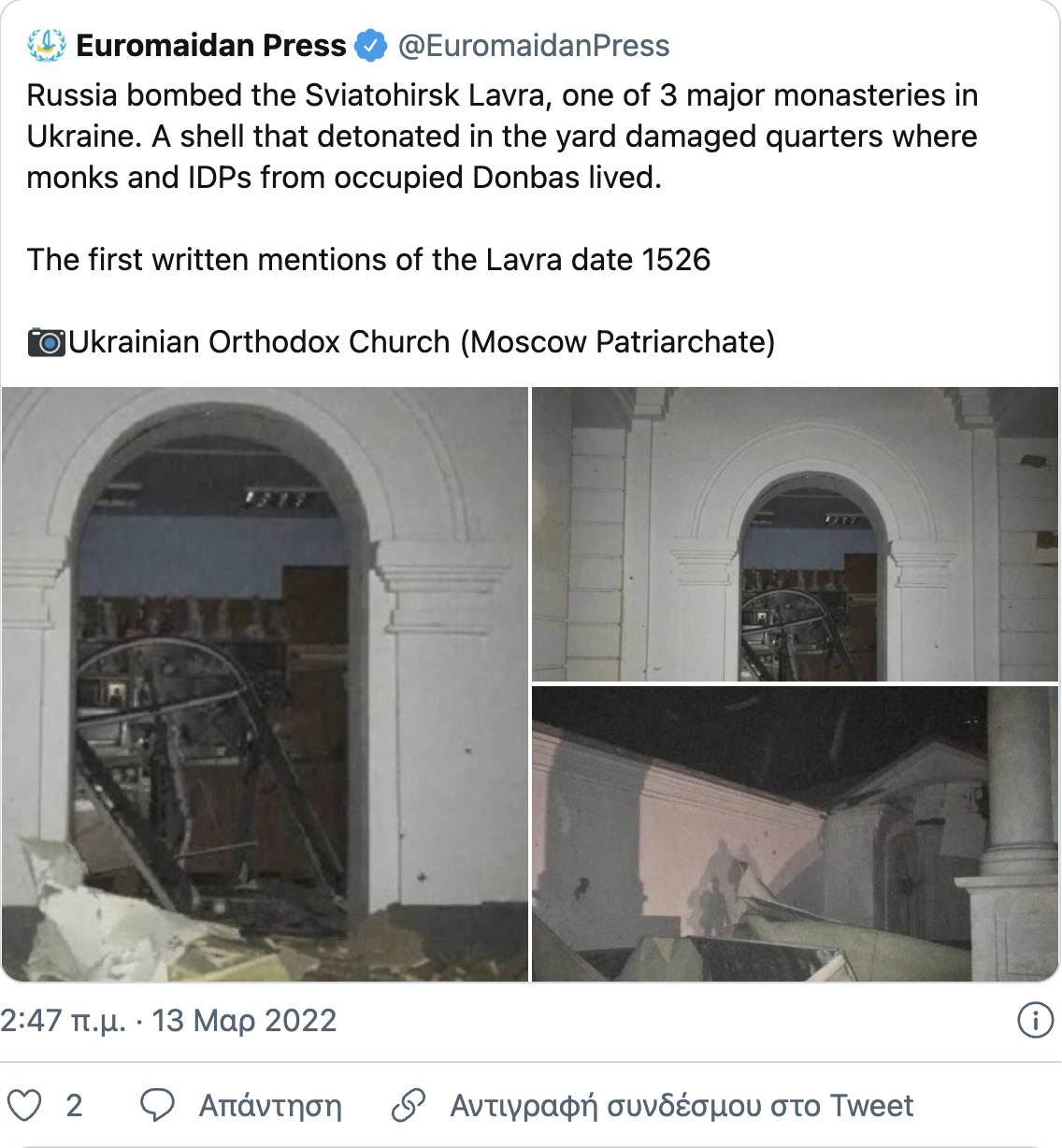