The war in Ukraine, the Ukrainian ecclesiastical issue, and by extension, the Moscow-Constantinople conflict, dominated, as expected, the questions heard at the last press conference of the 11th Assembly of the World Council of Churches in Karlsruhe.

Metropolitan Niphon of the Church of Romania and vice-moderator of the central committee of the WCC, answering a question on whether there was a meeting between the two sides, clarified that there was nothing official planned.

However, he stressed that both sides had the opportunity, when the document of the World Council of Churches on Ukraine was discussed, to speak before the plenary of the Assembly.

“For us, this is a very good sign. What we can do in times like these is to look at a Christian approach to the subject. It was a very good start,” he added.

Replying to a question on whether there was any initiative from the Council for a possible meeting of the Russian and Ukrainian delegations, he stressed that “we must hope that the war will stop immediately and that there will continue to be faithful and Churches”.

He also underlined that for the time being, WCC should be the place, the platform where they can talk and meet, as it is very difficult to have a clear picture if you only hear one side.

He even referred to the victims of the war, the civilians, but also the Churches, and the priests.

Metropolitan Niphon referred – following a question he received – to the conflict between Moscow and the Ecumenical Patriarchate and whether WCC has taken any steps to resolve it.

“There is an endochristian atmosphere of differentiation, with three jurisdictions in Ukraine. Constantinople gave autocephaly to the remaining two jurisdictions, except Moscow. The point is that not everyone recognizes the Autocephalous Church, but it has already been recognized by several Churches and the process is ongoing,” Metropolitan Niphon noted.

He added that the issue is very sensitive. “There are issues of interpretation here, one must know before any crisis comes out,” he stressed.

“We all hope that one day there will be an understanding between Constantinople and Moscow. We need to work on that. But I know one thing: the Church in Ukraine under the jurisdiction of the Patriarchate of Moscow has already stopped commemorating the name of Patriarch Kirill.”

Dr. Agnes Abuom, for her part, moderator of the central committee of WCC, asked whether the Council had taken any initiative to establish a dialogue between the two sides (Russian and Ukrainian), stressing that this still needed work.

“The World Council of Churches is a global, universal space that allows all groups of people, not just Churches, to come. The two sides (Ukrainian-Russian) are neighbors, Christians, and relatives. But to come to the table for discussion is something that needs work behind the scenes and a willingness to talk. It is something that continues,” he said. 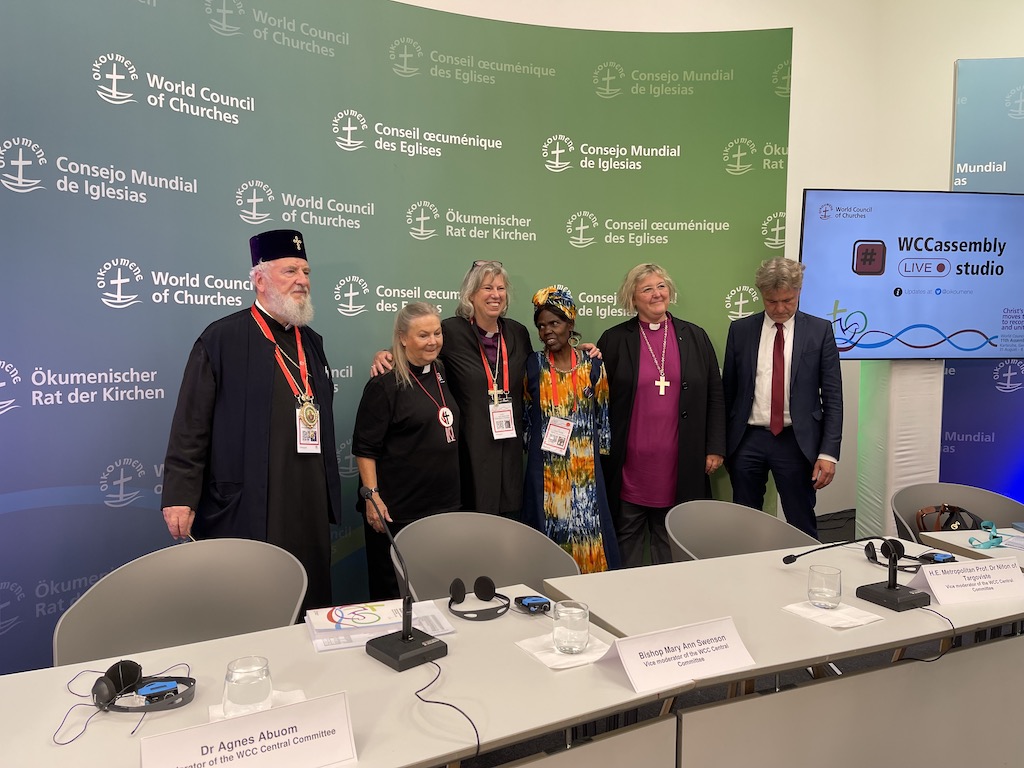 Metropolitan of Kyiv: While our neighbors are bombing, the Greeks showed true brotherly love

Archbishop Elpidophoros of America issued an Archepiscopal Encyclical on the Feast of the Three Hierarchs and the Day of...