Visit of American Senators to the Patriarchate of Jerusalem

On the morning of Wednesday, May 4, 2022, a group of US Senators led by Andy Harris and Jose Luis Correa visited the Patriarchate of Jerusalem.

This group was received by Patriarch Theophilos of Jerusalem and Hagiotaphite Fathers. The Patriarch said “Our joy, is to welcome you at this occasion of our Feast of Easter, along with the Jewish Passover and the feast of Ramadan in Jerusalem, the spiritual capital of the three monotheistic religions, a point of blessing but also a point of political controversy.

In this context, the Patriarchate holds a significant pastoral, religious but also a pacifying and conciliatory mission in Jerusalem and the wider Holy Land, since the first centuries of Christianity, but also since the 7th century with the agreement between Patriarch Sophronius and Caliph Umar ibn al-Khattab.

Throughout the centuries the Patriarchate has preserved not only the Christian but also the Jewish holy places and keeps its functional role despite the war it faces from extremists. For this reason, despite being attacked by the extremists, the Patriarchate receives the respect and honor of many. The Holy Sepulchre is the heart of Jerusalem”.

Listening carefully to His Beatitude’s words, the American Senators expressed their honest interest to help the Patriarchate and the Christians of the Holy Land through their efficient actions toward the Israeli Government. Thankfully accepting the souvenirs/blessings of the Patriarch of Jerusalem, among which was a silver painting depicting Jerusalem, they left to venerate the Holy Sepulchre. 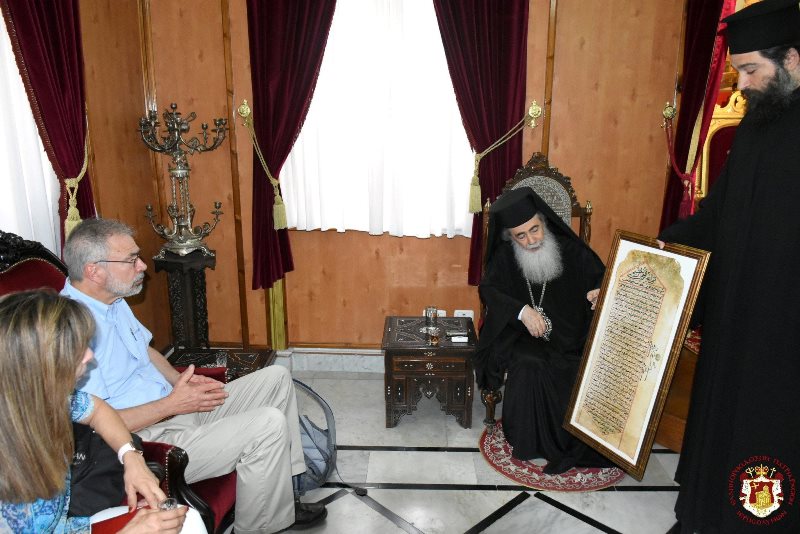 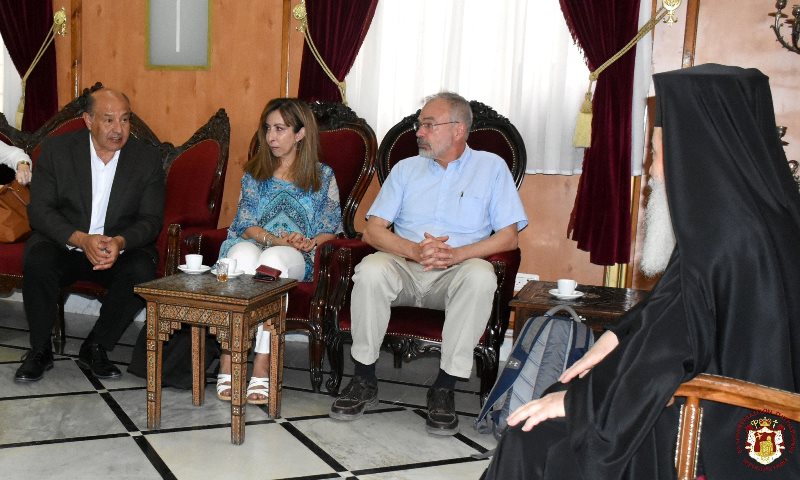 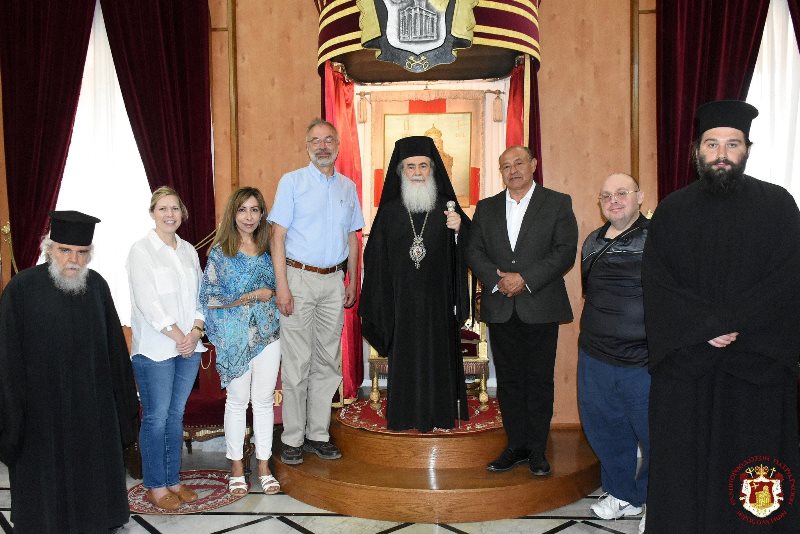