Ukraine and the ecclesiastical guilt

Ley us for a moment forget the barbaric Russian invasion in an independent and recognized by UN country.

Let us also forget the unforgivable immobility of the so-called free world, after so many similar instances of invasions and occupations: in Cyprus, Georgia, Iraq and Donbas, which in fact encouraged a brutal dictator to finalize his and his country’s Church’s heretical dream of the “Russian World”.

To all these actions there was not a single effective reaction except cheep words of condemnation. The western powers, though had suffered the same exactly challenge and its tragic consequences in WW II from another maniac dictator (Adolf Hitler), they seem to have learned nothing at all, having as an excuse the threat of a nuclear war, exactly as USA decided to abstain until the Pearl Harbor incident.

I believe that a much more serious problem is at stake. Not a geopolitical, but an ecclesiastical one reaching the edge of guilt.

With so many ambigupus statements and actions by Christian Churches and ecclesiastical organizations, and especially so many cries of despair by Ukrainian- as well as Russian-speaking Ukrainian Christians, it came to my mind the famous poetic expression of forgiveness, originally uttered by a German Evangelical pastor, Martin Niemöller:

First they came for the Communists, and I did not speak out, because I was not a Communist

Then they came for the socialists, and I did not speak out, because I was not a socialist.

Then they came for the Jews, and I did not speak out, because I was not a Jew.

Then they came for me, and there was no one left to speak for me”.

Replace the Nazis with the Putin regime, which is implied, as well as the EKD with all the Christian Churches, and especially the autocephalous Orthodox ones, also implied, and we are faced with a tragic ecclesiastical guilt that will irreparably damage the image of the One Church of Christ.

After the end – if and when – of the war in Ukraine, the Christian landscape, especially the Orthodox, will certainty not be the same.

*Petros Vassiliadis is an Emeritus Professor of the Department of Theology at the Aristotle University of Thessaloniki, President in Honour of the Center for Ecumenical, Missiological and Environmental Studies “Metropolitan Panteleimon Papageorgiou” (CEMES) and of the World Conference of Associated Theological Institutions (WOCATI) 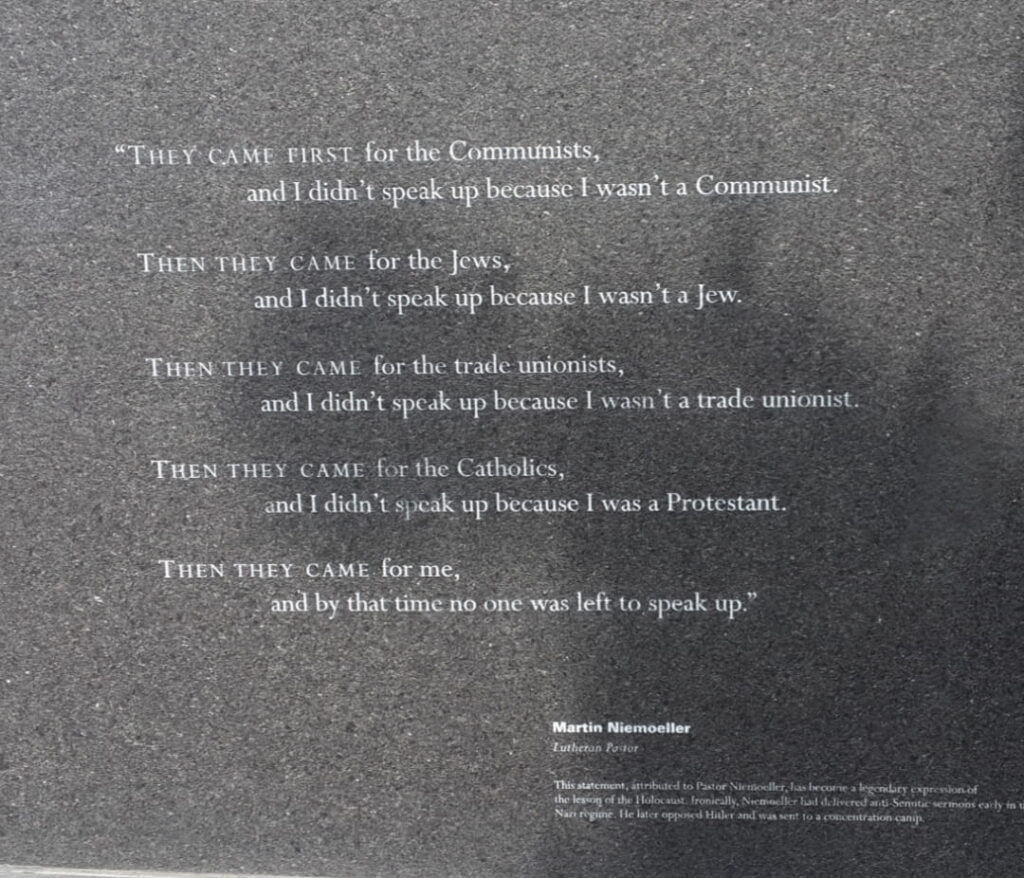 The model of the “disobedient” priest in Melbourne

The memory of Saint Andrew the First-Called Apostle was celebrated in Adelaide, with splendor and ecclesiastical magnificence. The centre...

Memory of Saint Porphyrios of Kafsokalivia