in Church of Albania

In an announcement, the Inter-religious Council of Albania unanimously condemns the terrorist attacks in Sri Lanka on three churches on Catholic Easter Sunday, where hundreds of people died and many others were injured.

As noted, “once again, we strongly condemn all forms of terrorism, violence and extremism. We unite our prayers with the whole world, and with the faithful of every religion, seeking peace and coexistence regardless of religion, color, and race.”

God shall help and guide the people, and especially those who are responsible for the leadership of the community, and affect the fate of nations and peoples.”

Meanwhile, Archbishop Anastasios, as President of the Inter-religious Council, met the new leader of Muslim Community of Albania, Bujar Spahiu, whom he congratulated on his election as head of the Muslim Community in Albania.

The subject of the debate was the firm commitment of the religions in Albania against the conflicting and hostile situations that the world is going through today.

They agreed that the only model that prevents those hostilities is the model of coexistence. 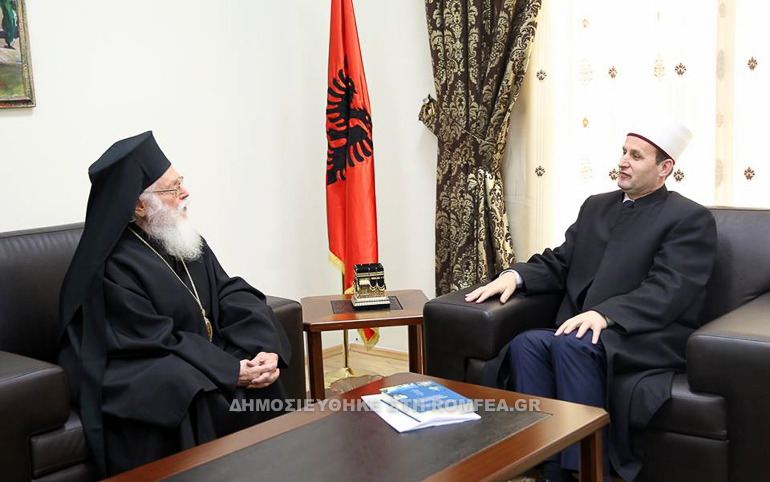 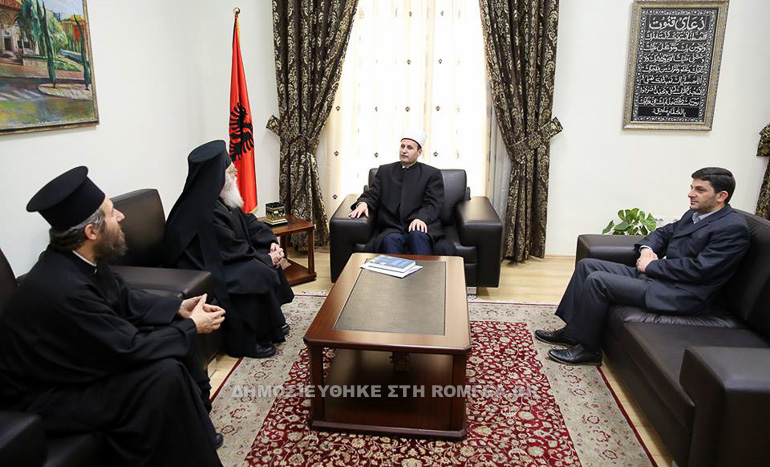 30 years since the enthronement of Archbishop Anastasios of Tirana

Archbishop of Albania: I did not avoid naming Russia in the war statements

Refugees from Ukraine were welcomed by the Archbishop of Albania