On Tuesday, August 9, 2022, the Patriarchate of Jerusalem celebrated the commemoration of the Holy Glorious Great Martyr Panteleimon the Healer, at the Holy Monastery dedicated to him on the south-west of the Patriarchate, near Jaffa Gate.

On this day the Church commemorates the life and martyrdom of Saint Panteleimon according to his synaxarion. The Saint was the son of the idolater Eustorgios and a Christian mother named Euvouli, who taught him the Holy Scriptures. Saint Panteleimon studied medicine and was named Panteleon initially, but Elder Ermolaos baptised him Panteleimon. He was an unmercenary healer, preaching Christ.

He also cured a blind man, giving him his eyesight, and told him that Pantoleon cured him. He confessed Christ and suffered a martyr’s death, being beheaded during the reign of Maximian in AD 305, and was added to the millions of Christ martyrs.

In his honour, at the aforementioned Monastery, Vespers on Monday afternoon and the Divine Liturgy on Tuesday morning were officiated by Archbishop Theophanes of Gerassa, with the co-celebration of Archimandrites Stephen and Nectarios and Hierodeacon Dositheos. The chanting was delivered by Hierodeacon Simeon, in the presence of the Greek Consulate staff and many faithful Christians.

During the Divine Liturgy, Patriarch Theophilos of Jerusalem came for veneration, accompanied by Hagiotaphite Fathers.

The Patriarchal and Episcopal Entourages and all the congregation were offered a reception by the elderly and hardworking Nun Charitini. 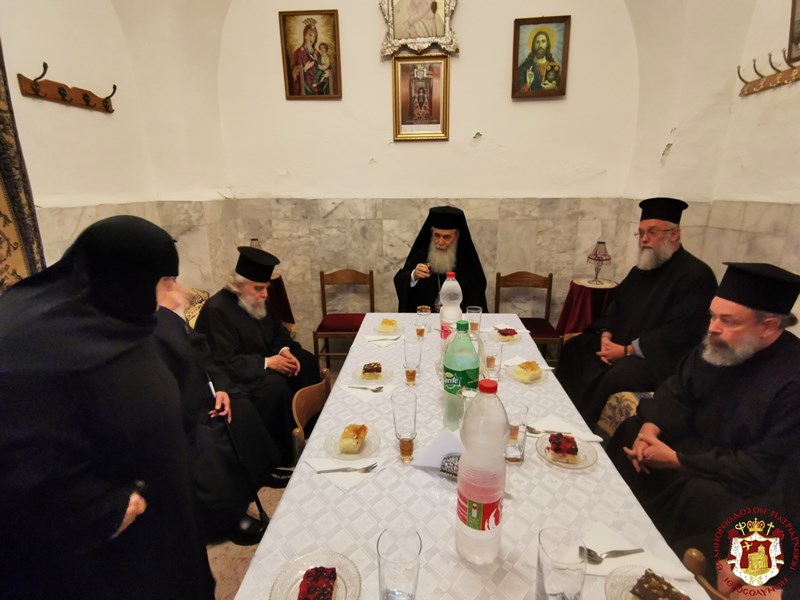 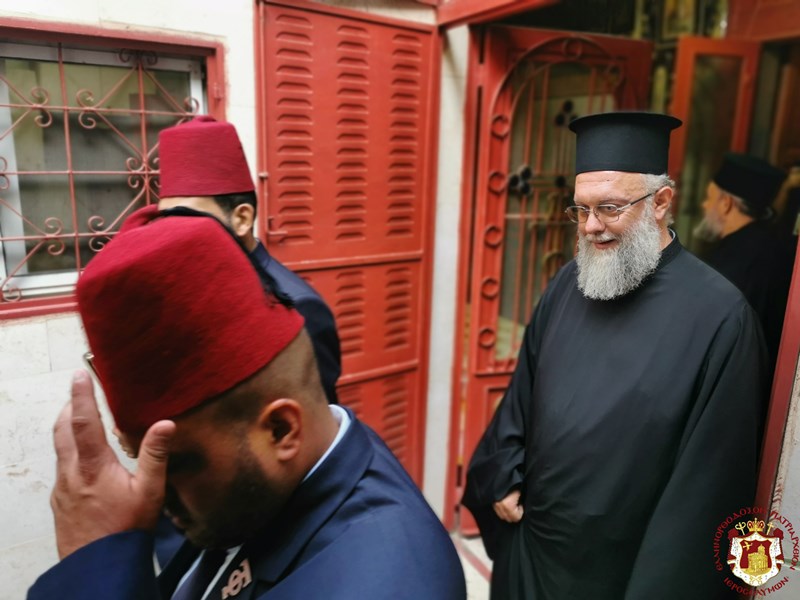 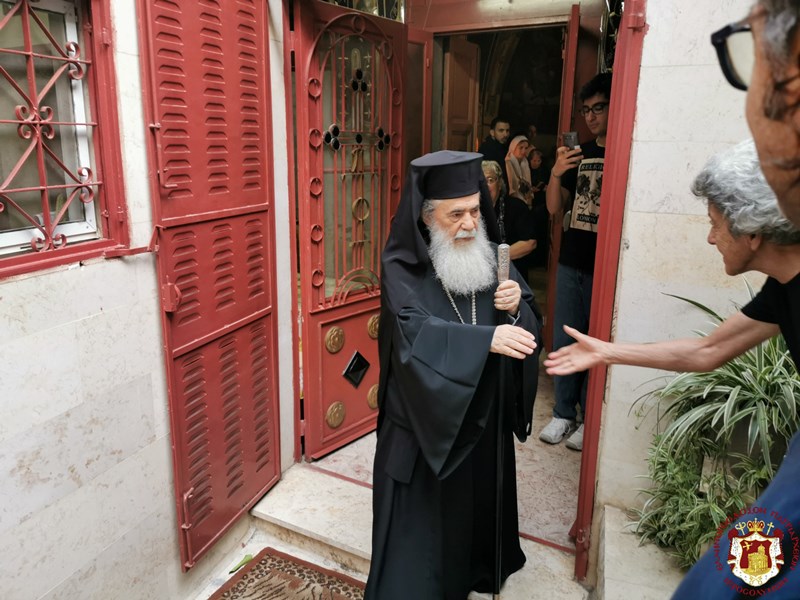 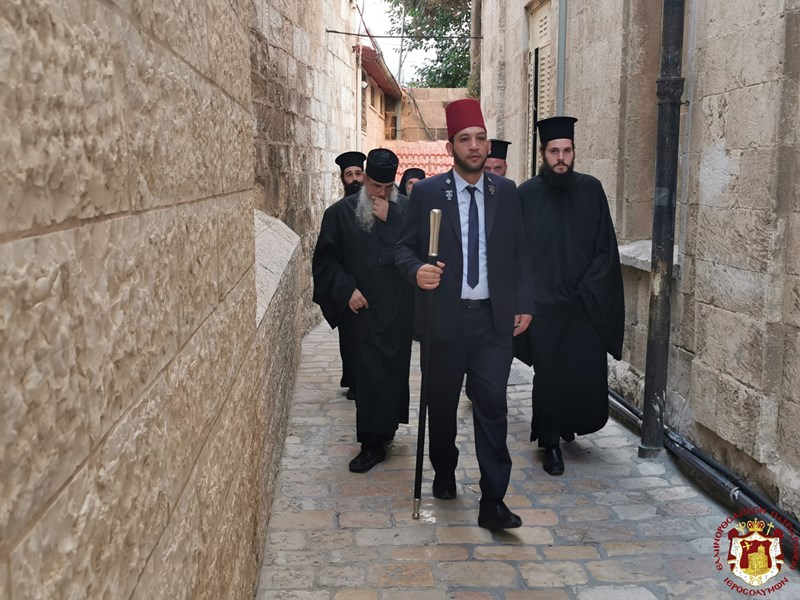 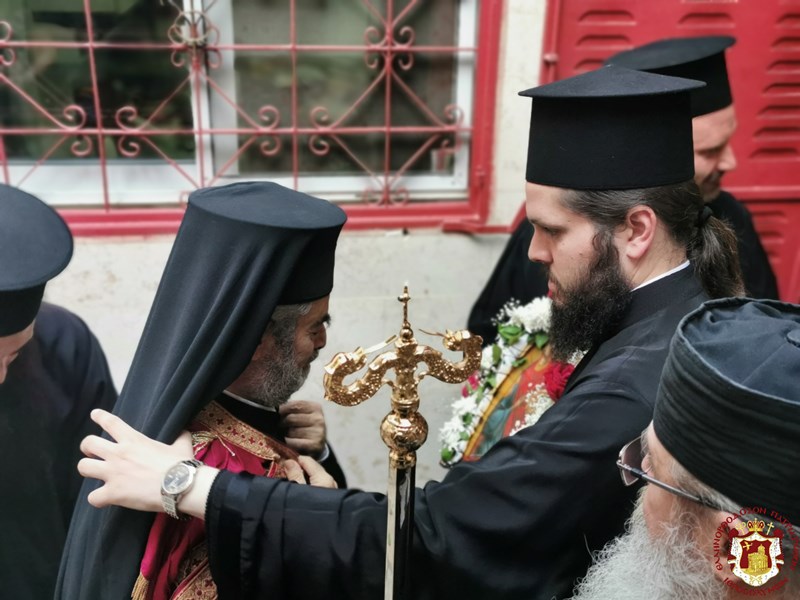 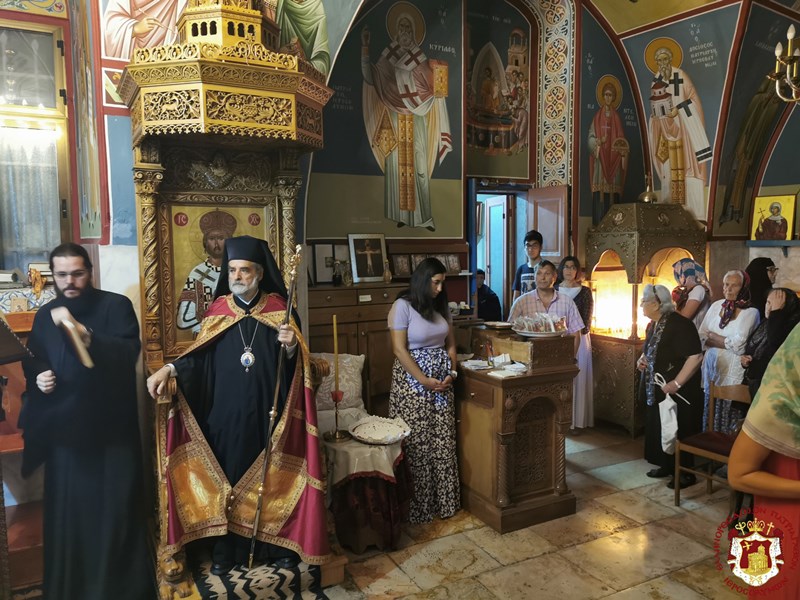 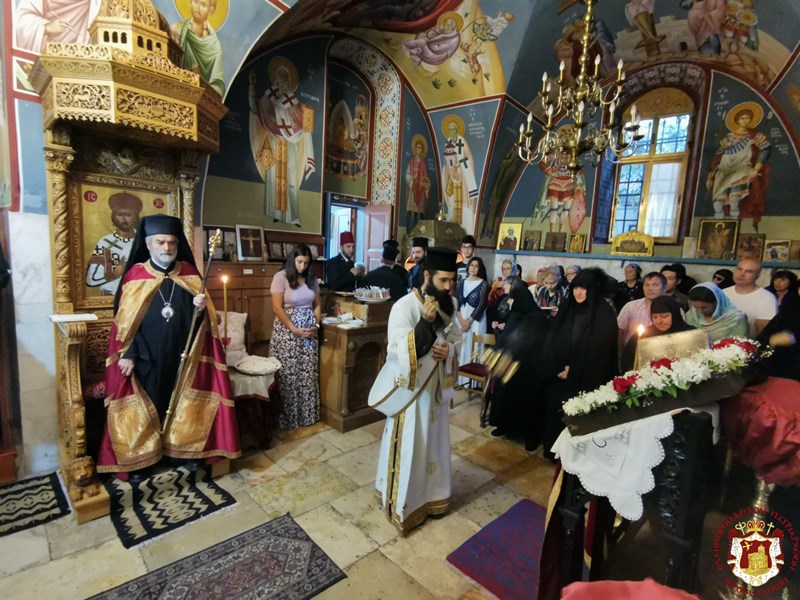 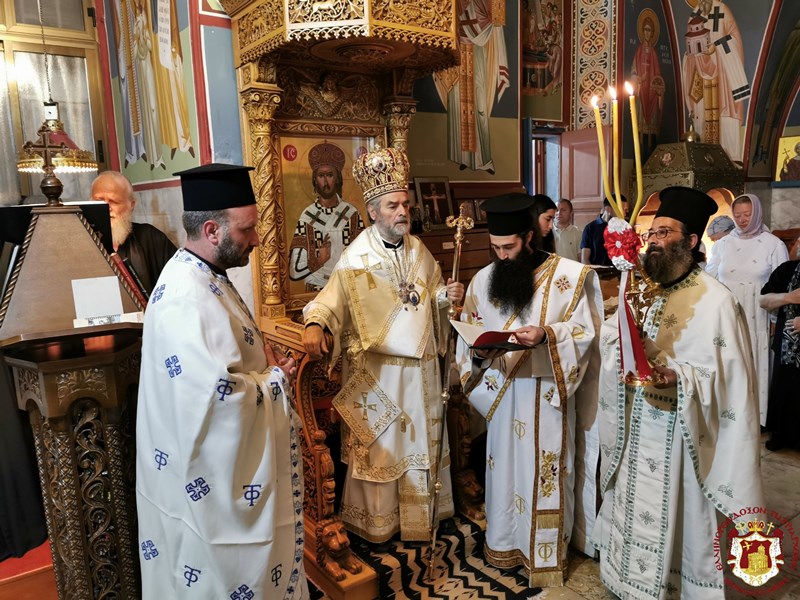 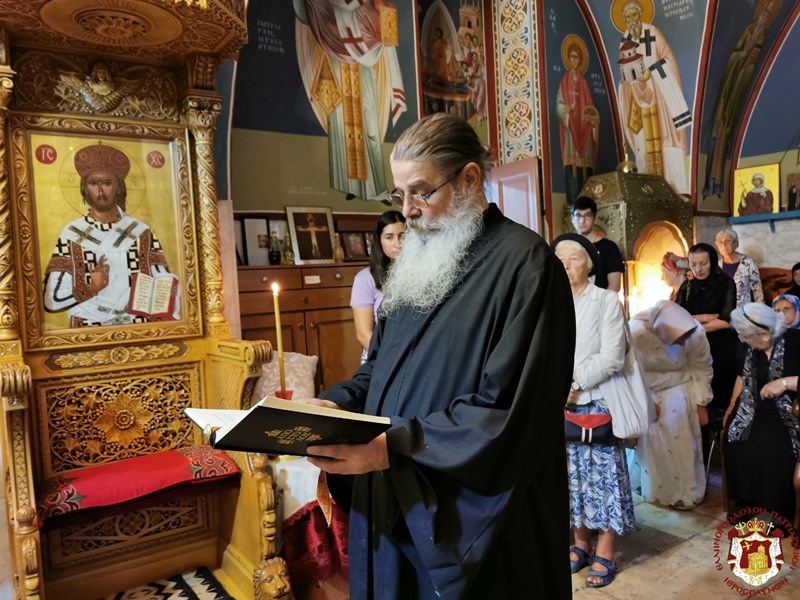 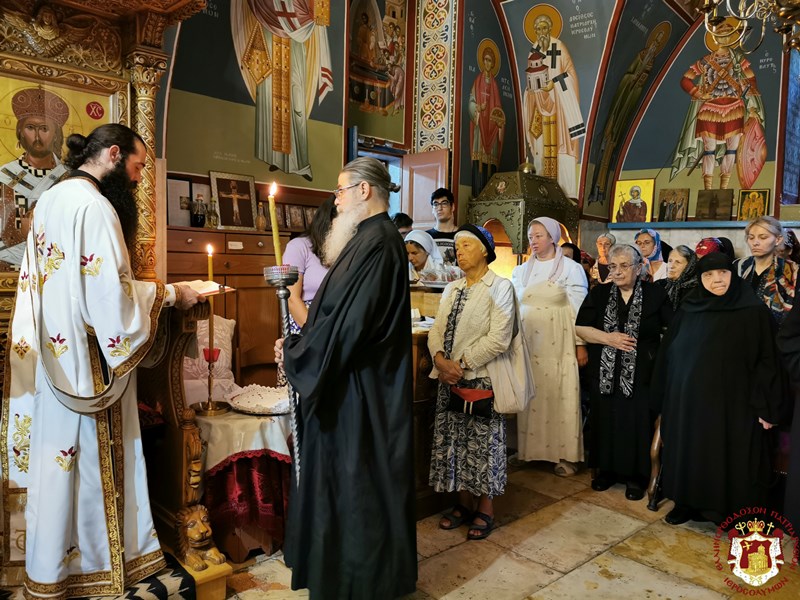 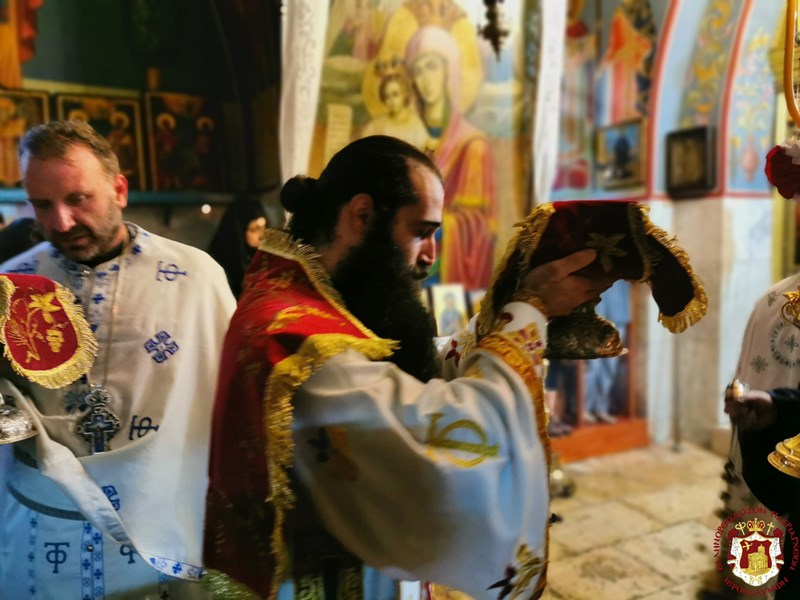 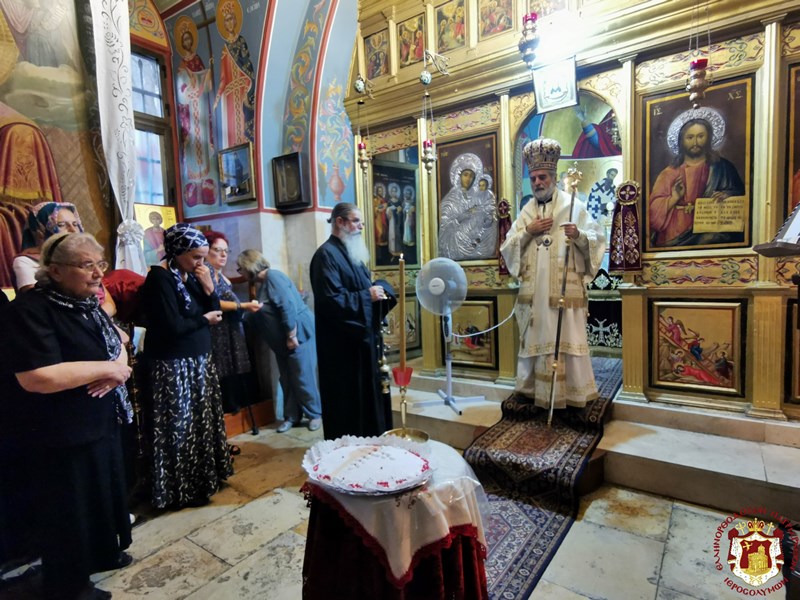 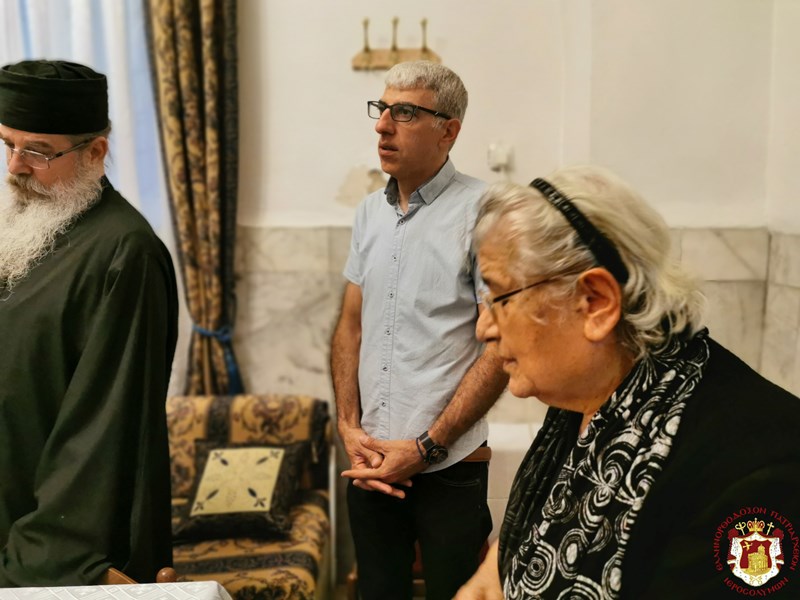 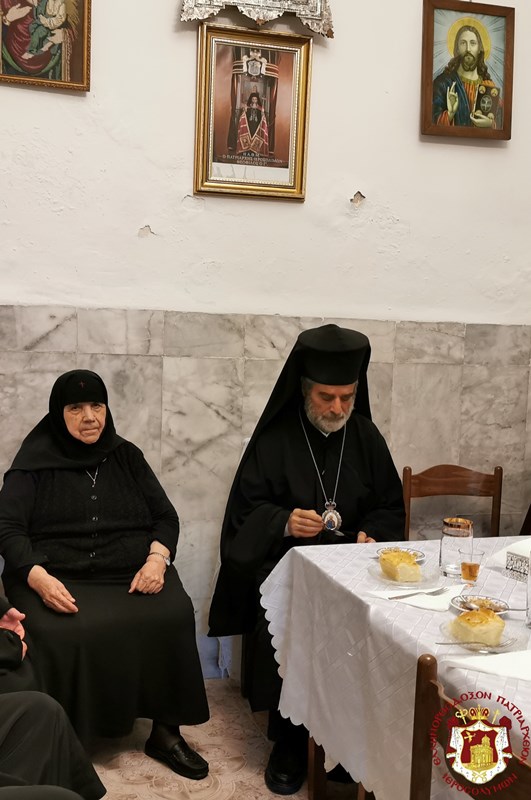