The Chief of the Greek Army visited the Patriarchate of Jerusalem

The supreme leader of the General Army and his entourage, the representative of the Consulate, Christina Zacharioudakis, were warmly received by Patriarch Theophilos of Jerusalem, our Father and Patriarch of Jerusalem, Theophilos, and Hagiotaphite Fathers.

In the context of this meeting, the Patriarch told the military members that the strength of the Greek Army comes from its faith in Christ and the protection of the Theotokos and the Saints.

The Patriarchate considers itself a religious institution, but it also has its ethnic dimension, which the Church of Jerusalem has inherited from the Roman-Byzantine years, in a place watered by the blood of Christ and blessed by His burial and Resurrection. This fact is its strength. Through this power, the Patriarchate maintains through the centuries the multi-religious and multicultural Status Quo of the Holy City of Jerusalem and acts as a conciliatory, peaceful, and negotiating pole, maintaining its ecclesiastical character.

The Patriarchate of Jerusalem faces problems created by extreme radical Jewish elements, which want to liberate the Holy Land from the “abominations” of the later nationalities who came to the Holy Land. 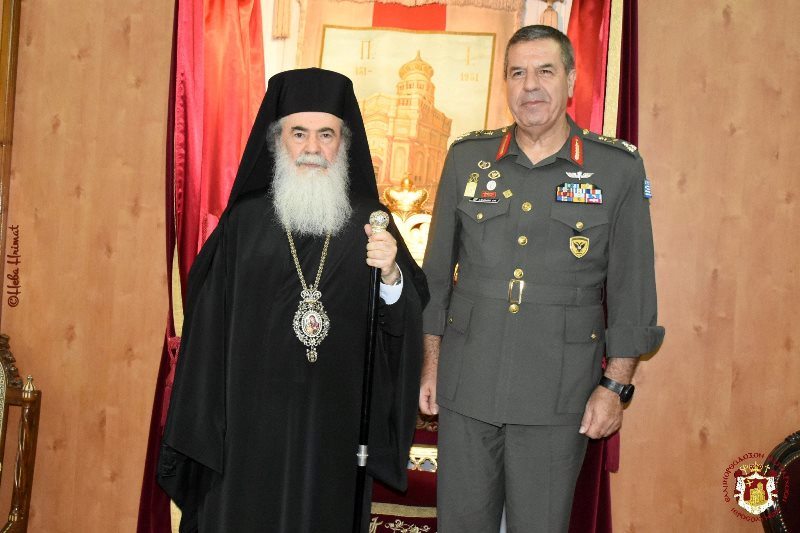 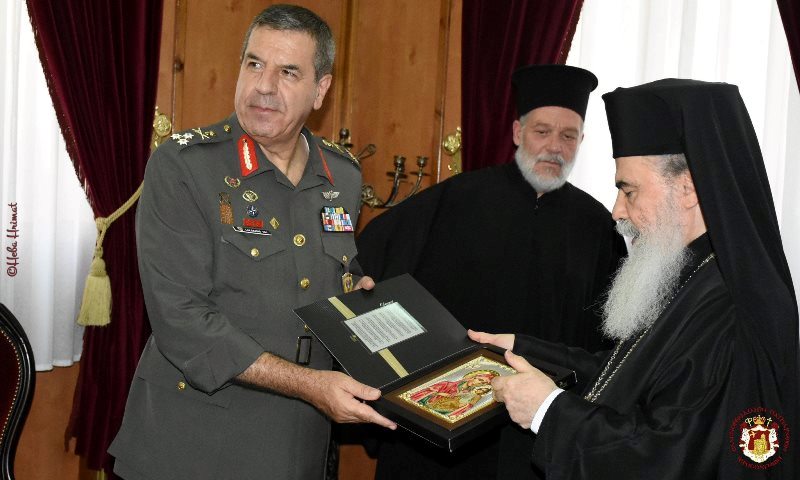 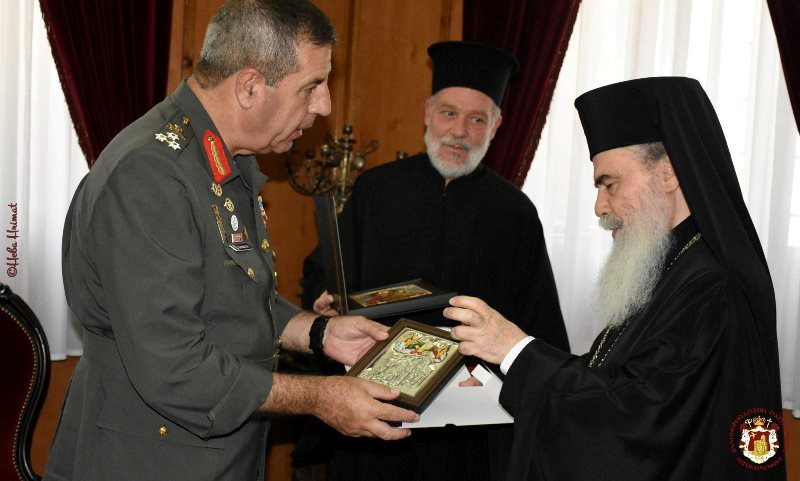 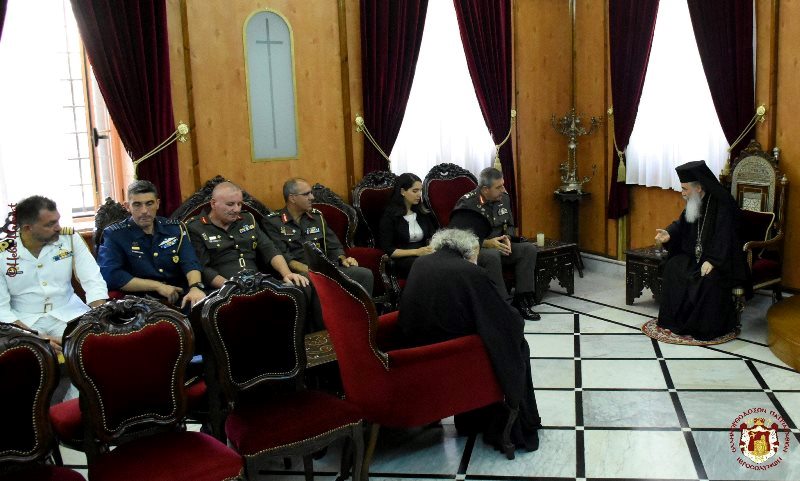 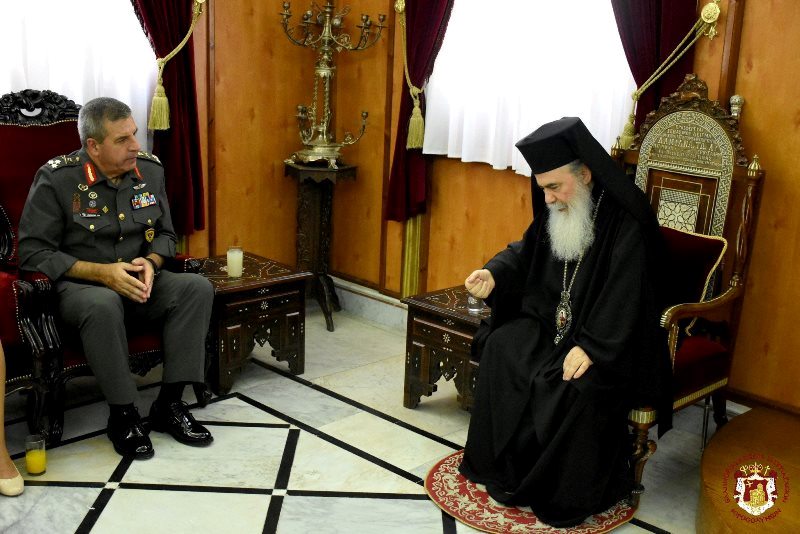