On Tuesday, students at the Greek-American Institute at Zoodochos Peghe in the Bronx received a blessing from Archbishop Elpidophoros of America during the Agiasmos Service.

At 110 years old, the Greek-American Institute is the oldest continuously operating Greek day school in the Archdiocese, still offering the “very best for your minds and hearts,” said the Archbishop.

“In blessing you and your School with Holy Water today, we are making a prayer for all of you, your teachers, administrators, staff, and your families for a healthy and prosperous academic year,” His Eminence said. “But we are also making a declaration that the purpose of this education that you are receiving is to help form you into the image and likeness of God, which is the fulness of what it means to be a human being.”

Students also received copies of the children’s book, “The Great Secret,” which was published by the Department of Greek Education last year through the sponsorship of Leadership 100. Available in both Greek and English, the picture book tells the history of Hagia Sophia through the eyes of a small kitten and aims to teach students about one of Orthodoxy’s most sacred sites while exposing them to the Greek language. 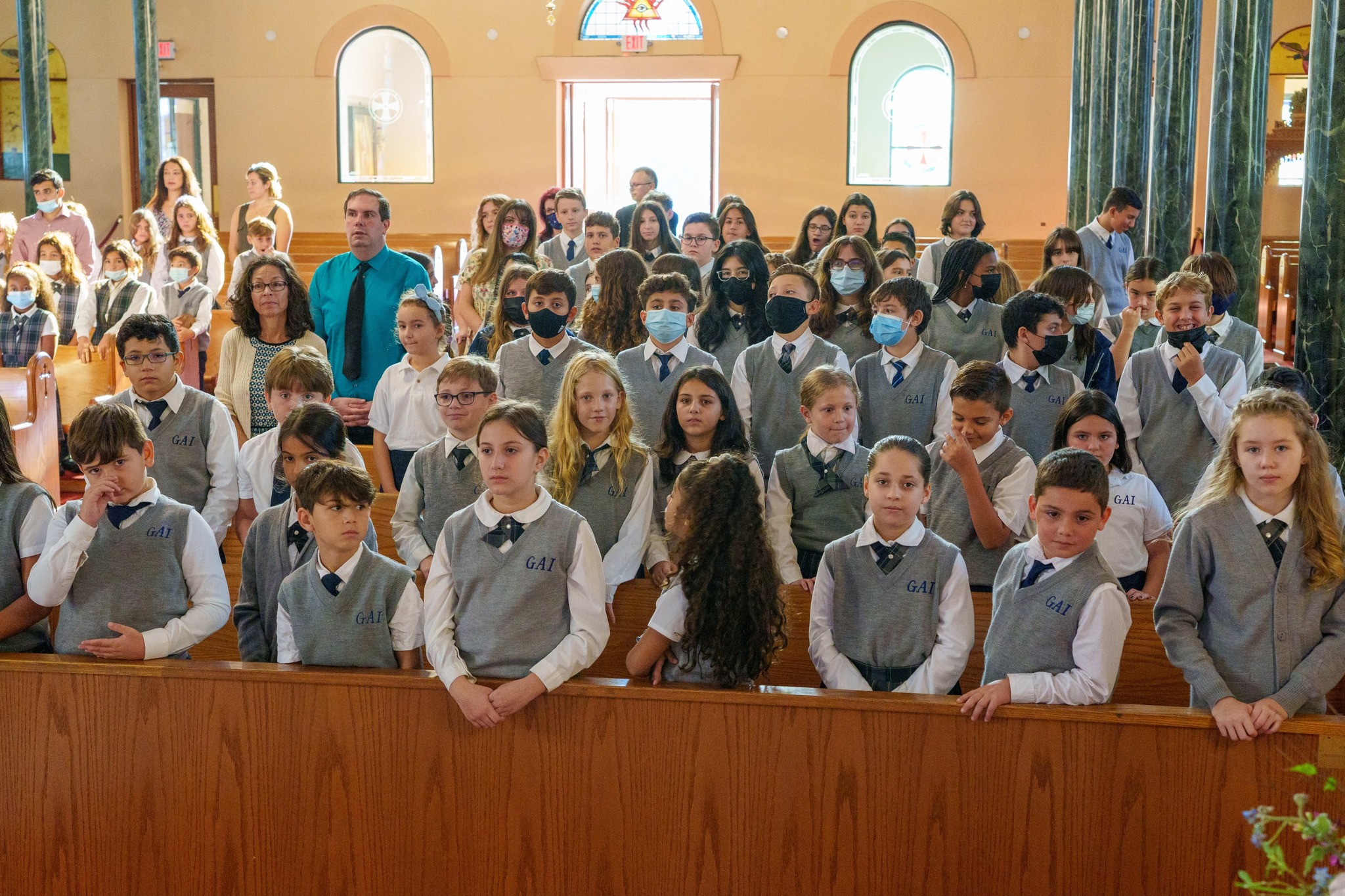 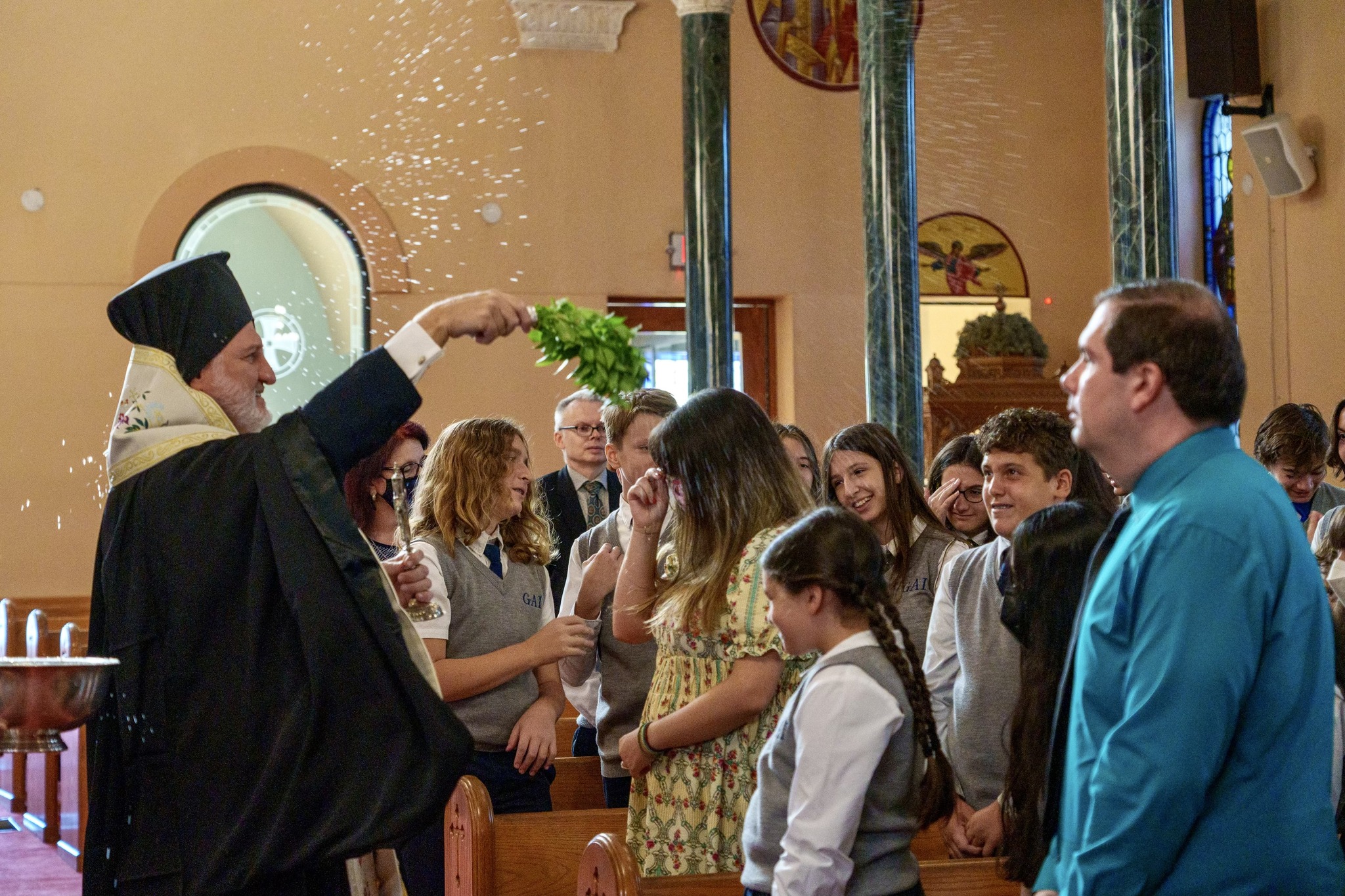 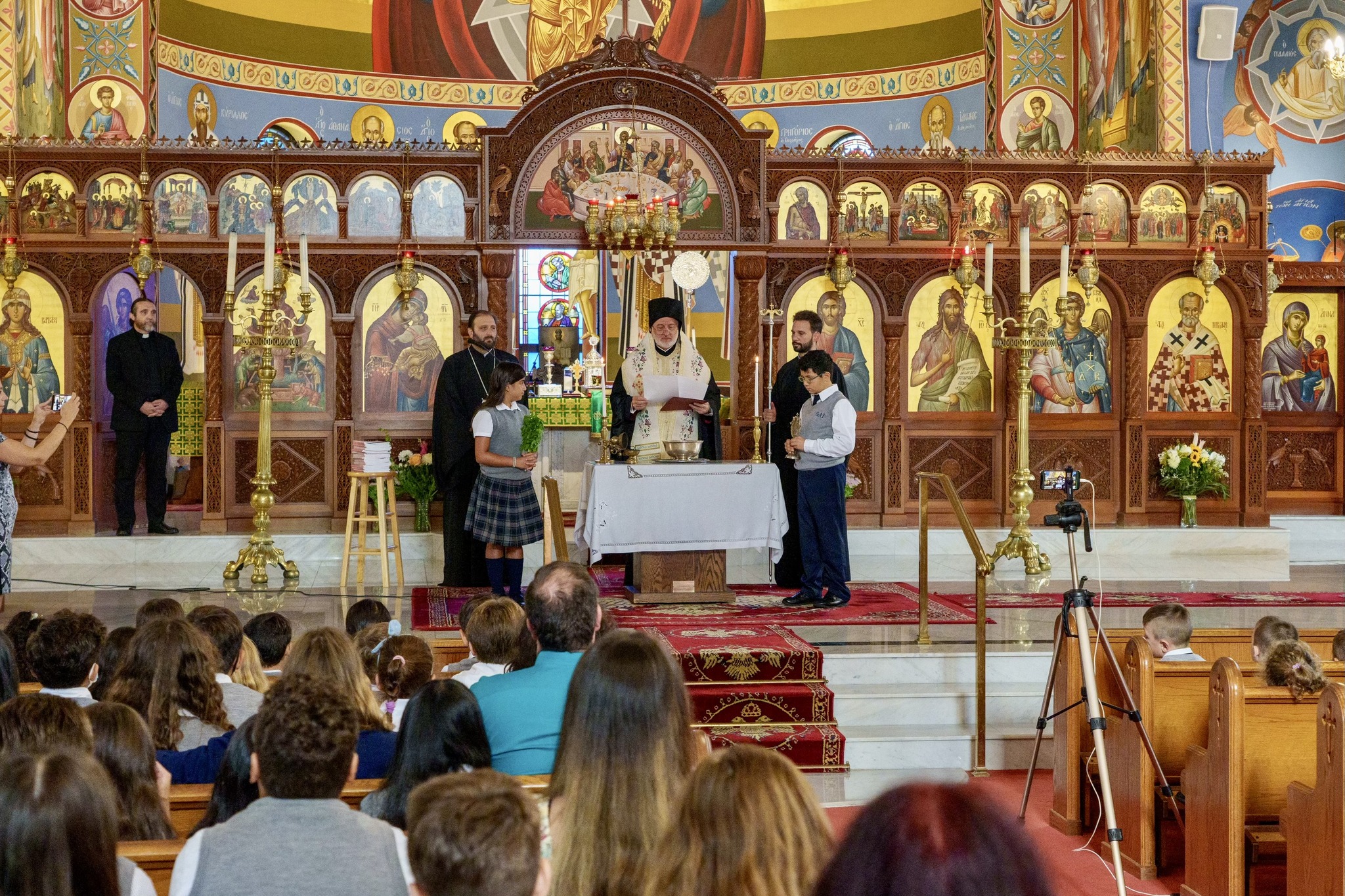 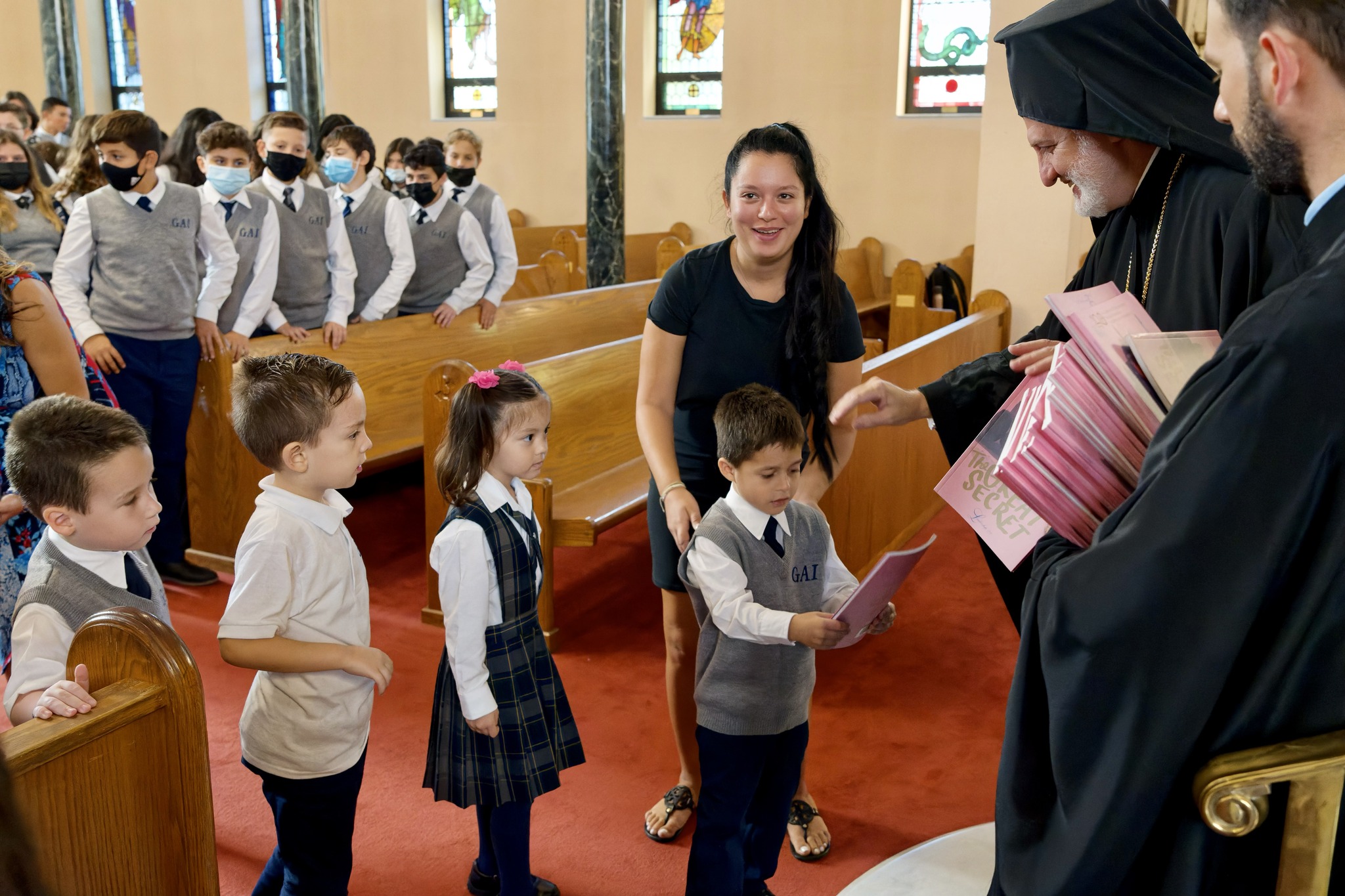 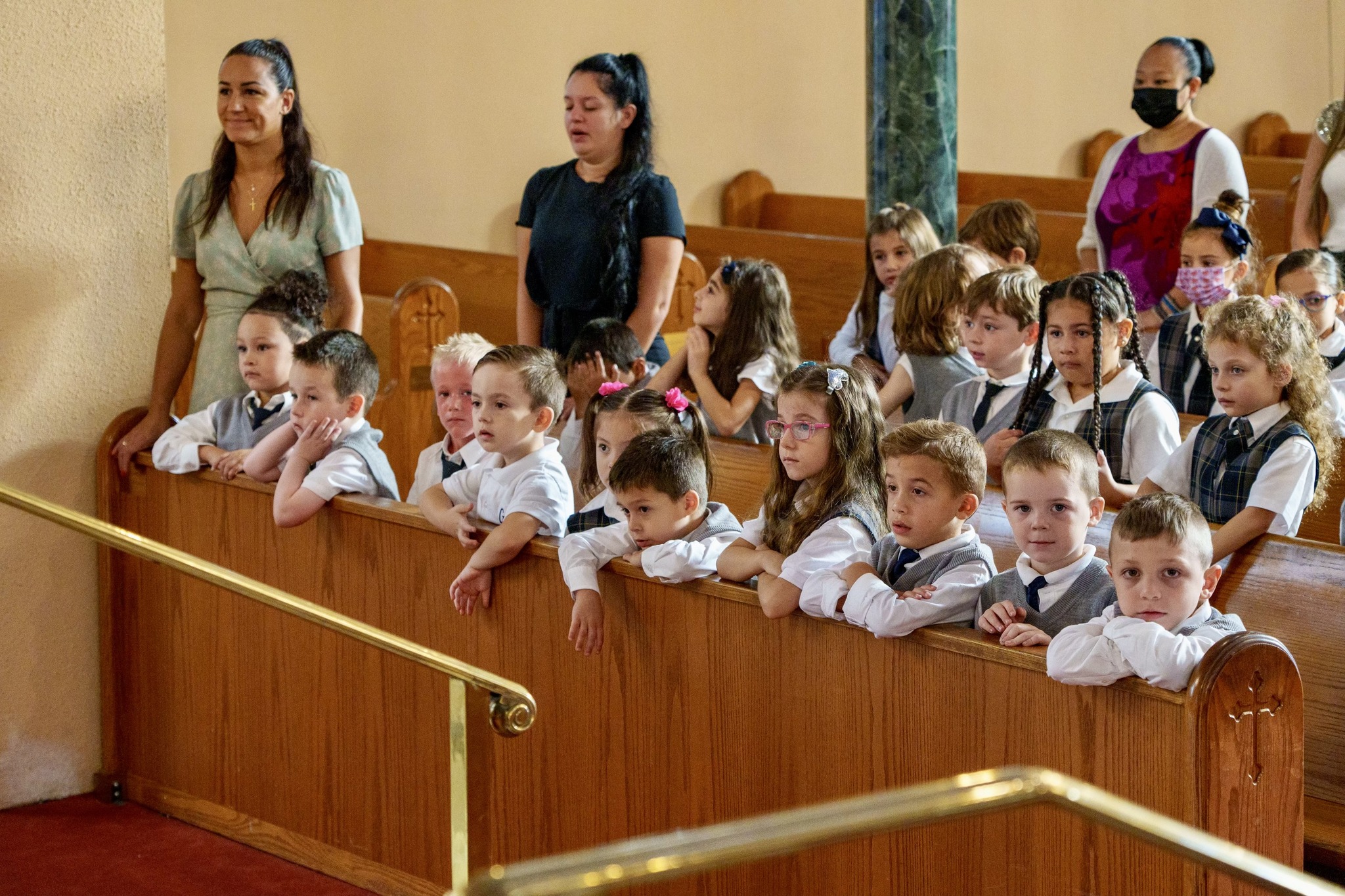