Several hierarchs in the Russian Church agree with the Autocephaly of the Church of Ukraine, but do not state it publicly so as not to conflict with the head of the Moscow Patriarchate.

More reactions against the newly formed Church come from representatives of the Moscow Patriarchate in Ukraine, and the motives for these reactions are selfish and have nothing to do with the ecclesiastical canons.

This was stated in an interview with the Orthodox Times by Metropolitan Oleksandr (Drabinko) of Pereyaslav and Vyshneve of the Ukrainian Orthodox Church. He has good relations with archpriests of the Russian Church in Moscow and other countries of the former USSR, as he not only studied at the Moscow Theological Academy but also was for many years the secretary of the Metropolitan of Kiev and Ukraine (Moscow Patriarchate) Vladimir (1992- 2014). He participated in the Synod of the Ukrainian Orthodox Church on December 15, 2018 and on December 19, 2018 he announced his transition to the newly formed Church of Ukraine.

– Do you still have good contacts with hierarchs of the Moscow Patriarchate in Russia?

Not only in Russia. My position and duties next to Metropolitan Vladimir gave me the opportunity to communicate with virtually the entire diocese of the Orthodox Church of the Moscow Patriarchate; with the one located on the territory of Ukraine and Belarus and Moldova and elsewhere. I maintain good relations with several of these priests and bishops even today.

– How do you understand that some of them view the Autocephaly of the Church of Ukraine positively?

Some people openly admit this to me, but I usually understand it mainly from the fact that this topic is not even mentioned in the discussion, as if it is something self-evident. And this despite the fact that the Moscow Patriarchate officially considers me schismatic. I can say that many of the hierarchs with whom I communicate see with sympathy what I did, that is, to go to the Autocephalus Church of Ukraine. Those who are categorically against it are in fact far fewer and mostly in Ukraine, not in Russia or other countries where the Moscow Patriarchate has a presence.

For the representatives of the Moscow Patriarchate is an administrative and property issue. That is why they mainly react and not for other reasons, ecclesiastical ones. That is to say, some Ukrainian bishops (of the Moscow Patriarchate) prefer to see it this way for political and personal reasons, to consider our Church illegal, having as real motivation the fear of losing their parishioners.

– So these are not ideological motives?

I believe that the motives are political, assets related and personal. Most of the representatives of the Moscow Patriarchate in Russia, I think, are almost indifferent to the issue of the Church of Ukraine. This is related to the fact that they have their parishes and their faithful do not intend to go to another church so that their well-being would be threatened.

– Yes, but the head of the Russian Church has a different view of the Orthodox Church of Ukraine.

There are hierarchs of the Moscow Patriarchate who strongly support the official view of the Moscow Patriarchate too, but I believe that there are fewer. The views they support are extreme, ideologically sick. They are related to those who want the re-establishment of the Russian Empire. However, this is not possible because time does not go back.

– Some argue that a possible end to the Putin regime will bring an end to the Moscow Patriarchate.

I think this is a very extreme view, but it is no secret that the Russian Church faces very big problems. The unification of the Church with the government creates many problems and ultimately destroys the Russian Church. Certainly when Putin comes to an end there will be many changes. It will be a painful shock for them, but I believe that in the end the Russian Church will come out from this situation healthier. 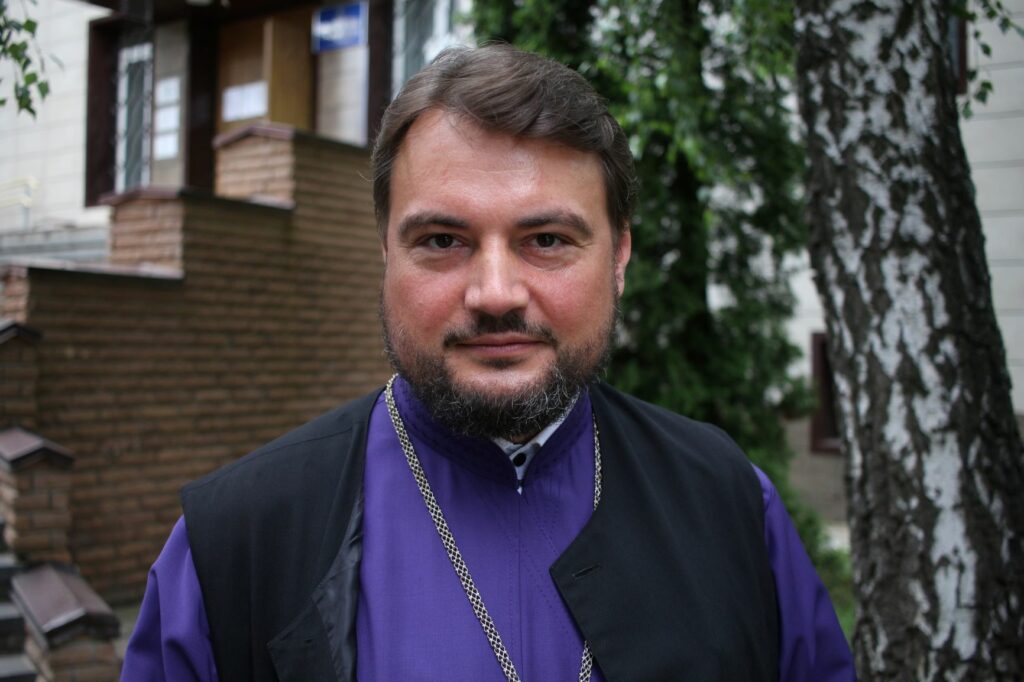 Ukrainian PM: Granting the Autocephaly Tomos is an important step for Ukraine

Metropolitan of the Church of Ukraine positive to coronavirus

Ukraine: Key to friendship between Muslims and Christians, the neutral status of Hagia Sophia

Metropolitan Epifaniy to Ecumenical Patriarch: Spread the testimony of truth to the Orthodox

Orthodox Church of Ukraine hopes for recognition by Romania

The Consul General of France in Constantinople to the Ecumenical Patriarch

Ecumenical Patriarch Bartholomew received the Consul General of France in Constantinople, Bertrand Buchwalter, today in the Phanar. The French...

36 years of the episcopal ministry of Bishop Lukijan

On July 1st, 2020 it was 36 years of the episcopal ministry of Bishop Lukijan of Budim and Temisoara....

On July 18, the enthronement of the new Metropolitan of Imvros and Tenedos by the Ecumenical Patriarch

Putin until 2036, Russia’s successor to the USSR and… faith in God in the revised Russian Constitution

By Kostas Onisenko The country's Central Election Commission called the constitutional referendum process complete today. According to the results...

Archbishop Ieronymos of Athens and All Greece and American Ambassador Geoffrey Pyatt visited this morning the "Dimitrios" Hobby Center...

The Greek Orthodox Archdiocese of America Department of Education has announced the launch of StaEllinika, a Greek Language learning...