Patriarchate of Jerusalem celebrated Feast of Transfiguration of the Lord

On this Feast, the Church follows the Gospel narrative by which before His Passion, our Lord Jesus Christ took Peter, James and John, His Disciples, and revealed to them the Glory of His Divinity, as much as it was possible for them to comprehend.

His face shone and his clothes were brighter than the sun, while a bright cloud overshadowed them and Moses and Elijah appeared next to Him, talking about His Passion, which was about to happen in Jerusalem.

At the same time, the voice of the Father was heard from the heavens saying: “This is my beloved Son,” in whom I am well pleased, hear ye Him”.

After this vision, Jesus again took His disciples and went down the mountain and told them not to tell anyone about what they had witnessed before His Resurrection.

For the commemoration of this event, by which the Lord revealed to His Disciples and to us the first beauty of man before Adam’s fall, and the possibility to regain it through the Transfigured Christ, the Divine Liturgy was officiated in an All-night Vigil by Patriarch Theophilos of Jerusalem.

Co-celebrants to the Patriarch were their Eminences; Metropolitan Kyriakos of Nazareth, Archbishop Aristarchos of Constantina, Archbishop Makarios of Qatar, Archimandrite Parthenios and Priests from the Galilee district.

The chanting was delivered by Archimandrite Philotheos and his choir in Greek and Arabic, as the Vigil was attended by the Consul General of Greece in Jerusalem, Evangelos Vlioras, and not many faithful Christians due to the COVID-19 restrictions.

After the Divine Liturgy, there was a reception by the renovator of the Monastery Archimandrite Hilarion and a meal at lunchtime.

For this feast the was also a festive Divine Liturgy in Gethsemane and Ramallah, under the hospitality of the Hegoumens, Archbishop Dorotheos of Avela and Archimandrite Galaktion respectively. 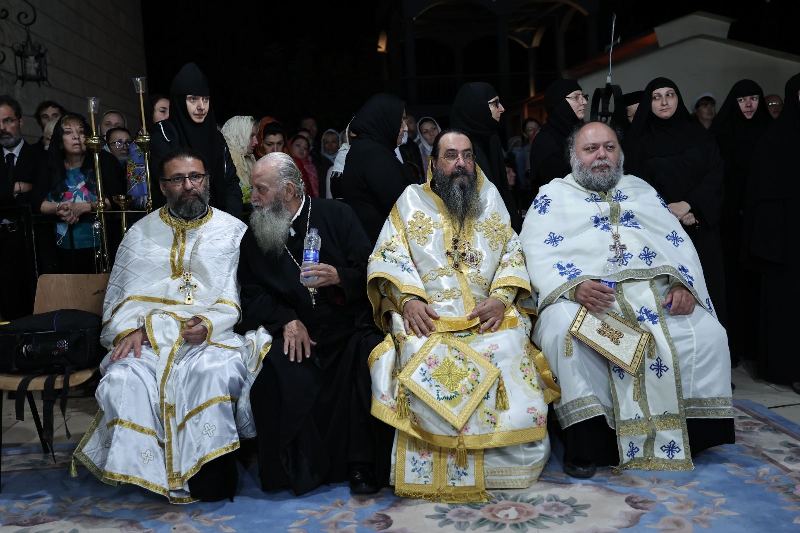 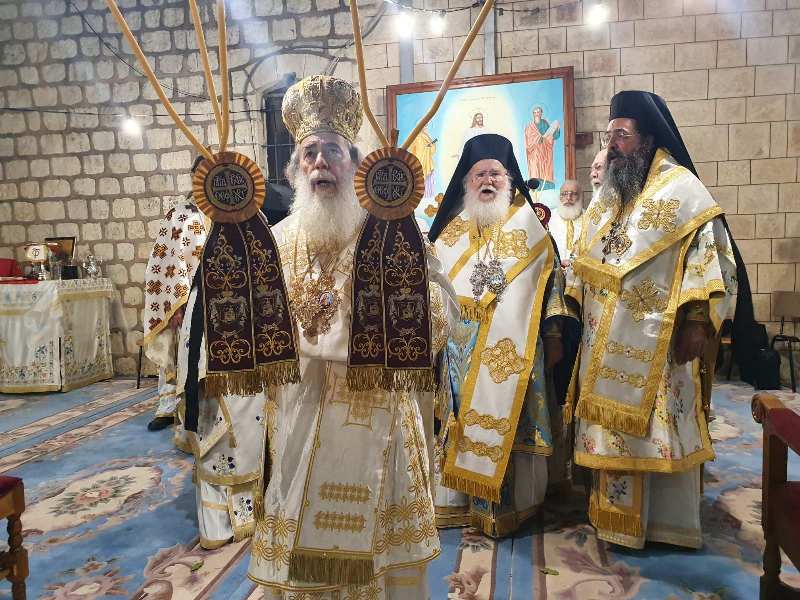 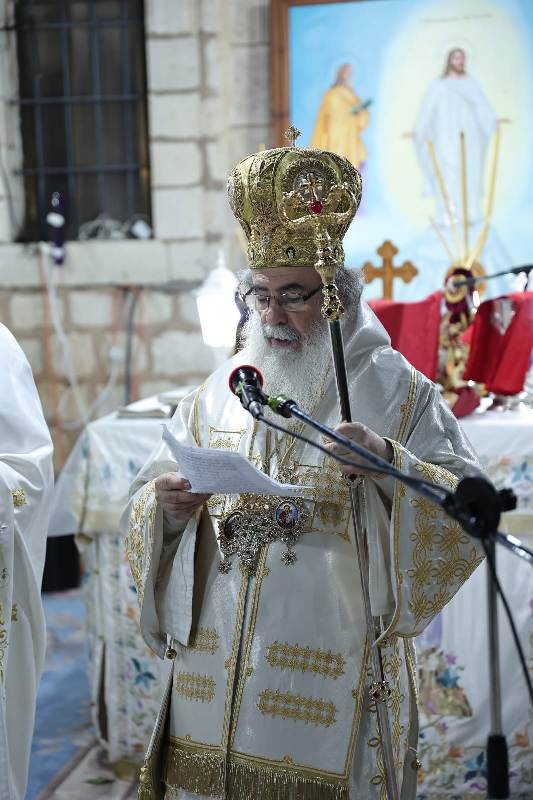 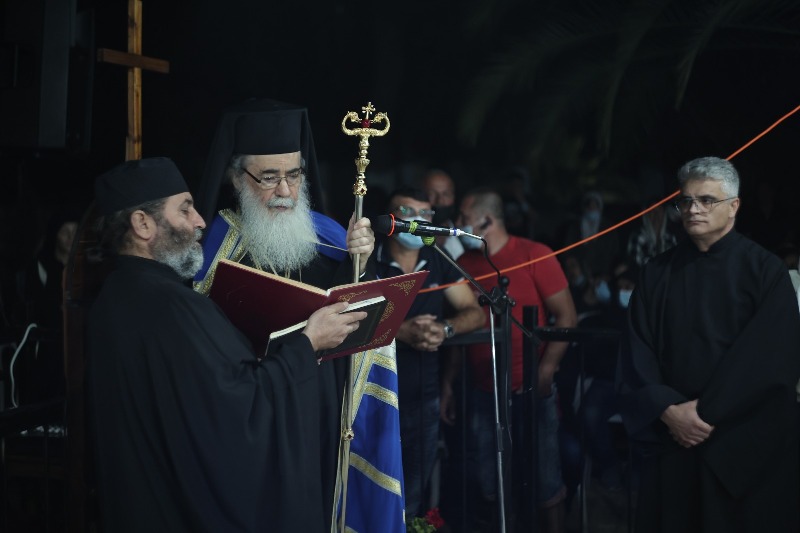 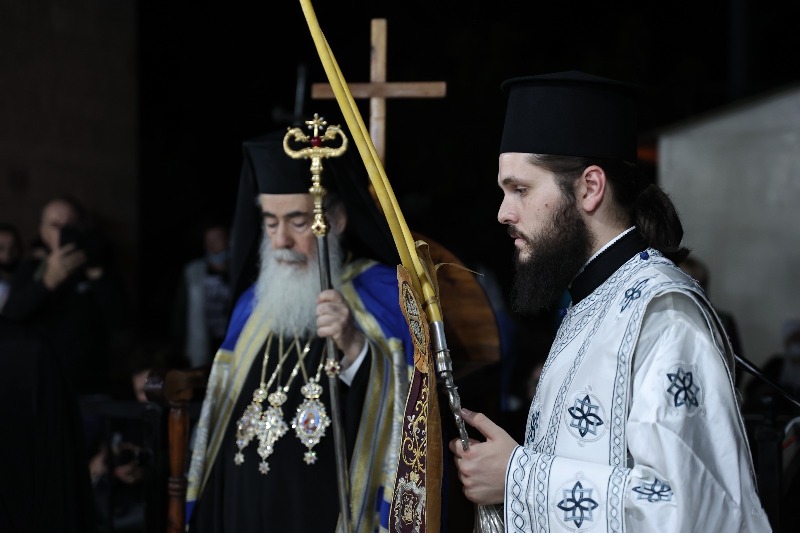