With due ecclesiastical order and the appropriate solemnity, the holy church of the holy deified kings and isapostles Constantine and Helene of the numerous and geographically extensive parish of St. Gallen and the Principality of Liechtenstein celebrated its feast day on Saturday and Sunday, May 21 and 22, 2022.

From the evening of Friday, May 20, until the early hours of the vigil day, May 21, a holy liturgy was performed, presided over by the Priestly Superior of the parish church, Archimandrite K. Damaskinos Kassotis, co-officiated by Protopresbyter Mr. Demetrios Martzelos, Priestly Superior of the Parish of the Wisdom of God in Basel-Northwest Switzerland, and served by Deacon Mr. Ioannis Fousekis. On Saturday evening, the Holy Vespers was held and a petition to the patrons and saints of the parish was recited.

On the morning of Sunday, May 22, the service of the Orthros and the Divine Liturgy of the Sunday of the Samaritan Woman were celebrated, presided by the Metropolitan Maximos of Switzerland, who ordained Deacon John Fousekis as a Presbyter. It is worth recalling that the new clergyman of the Metropolis of Switzerland was ordained deacon on the Sunday of the Myrrh Bearers in the Holy Church of St. Demetrios in Zurich.

Addressing the new unpaid worker of the Church in Switzerland, the Metropolitan briefly reminded him of the Church’s teaching on the sacrament of the priesthood. He addressed to him the appropriate advice for the highest priestly work he was undertaking and thanked and praised him for his wholehearted sacrificial offering to the local Church, as an imitator of the Holy Apostle Paul, who boasted that “his hands served his needs and those with him”.

The counter-bread was distributed by the new Presbyter and he received the enthusiastic congratulatory greetings of God’s people. A Eucharistic feast followed, with the participation of almost all the faithful, parishioners and those who had come from other parishes, especially from Zurich.

The Metropolitan’s companions from Geneva and shareholders in the joy of the celebration of this active and exemplary Parish of the Holy Metropolis of Switzerland and the spiritual joy of the ordination of the new brilliant and pious clergyman were Archimandrite Mr. Vassilios Kotrotsios, his Archpriest General Commissioner, together with his wife Vassiliki Kotrotsios, his Archdeacon Mr. Gabriel Baratashvili, Mrs. Georgia Vatsikoura Nikolopoulou and Dr. Kyriakos Vatsikouras, Head of the Secretariat and Head of the Press Office of the Metropolis, respectively. 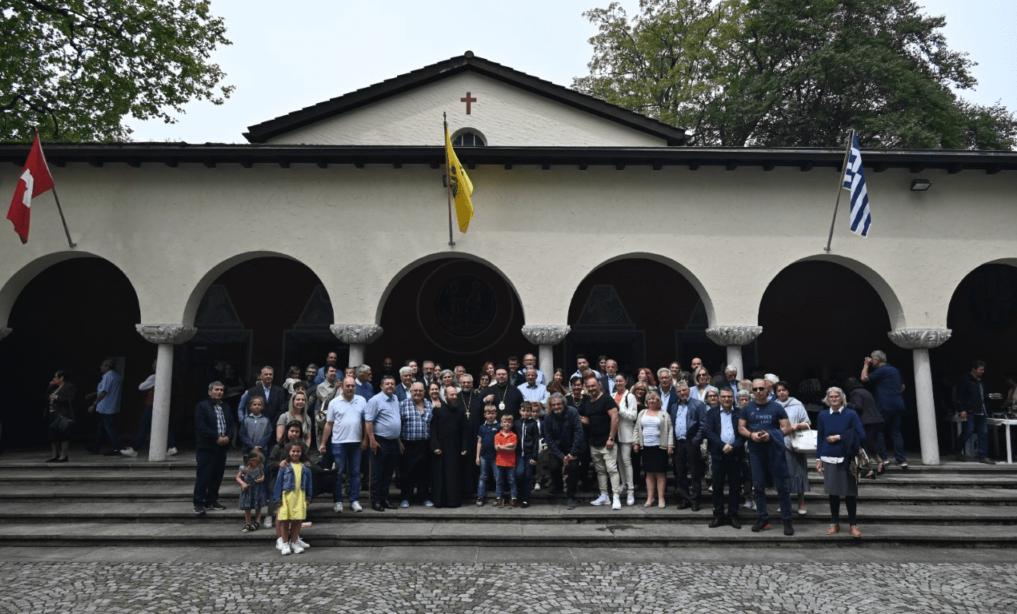 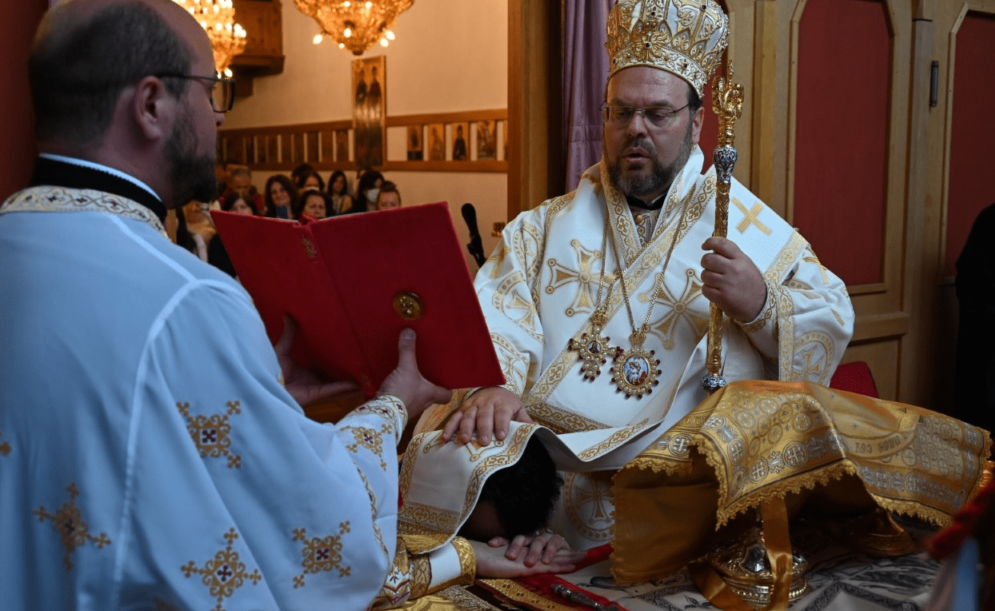 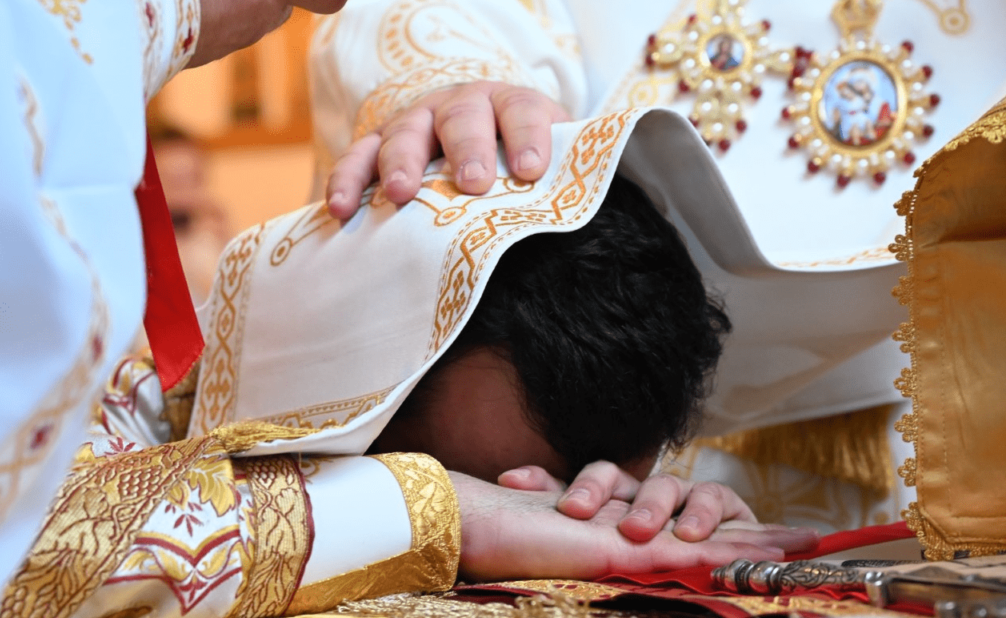 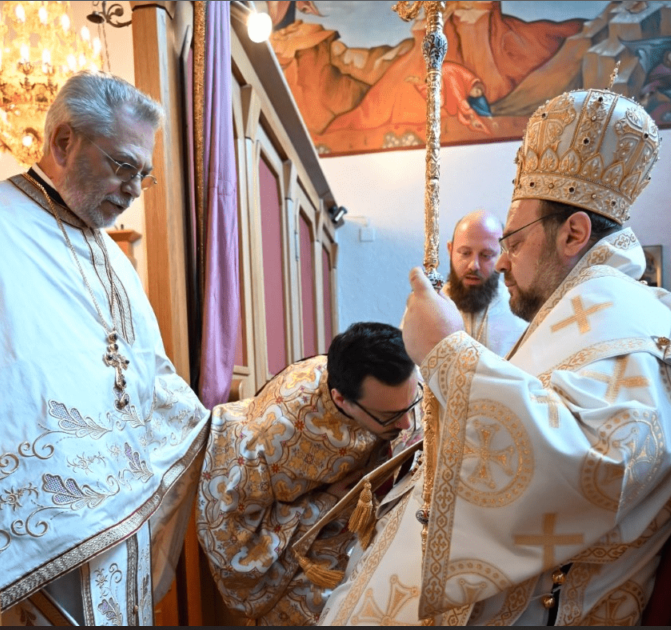 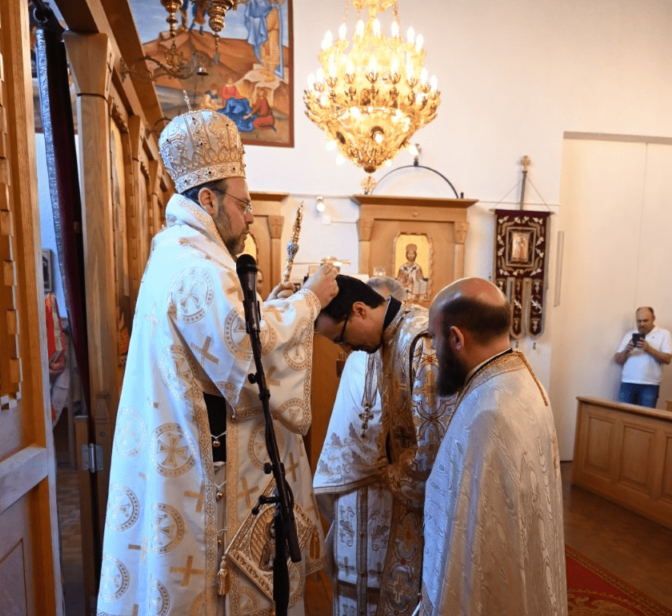 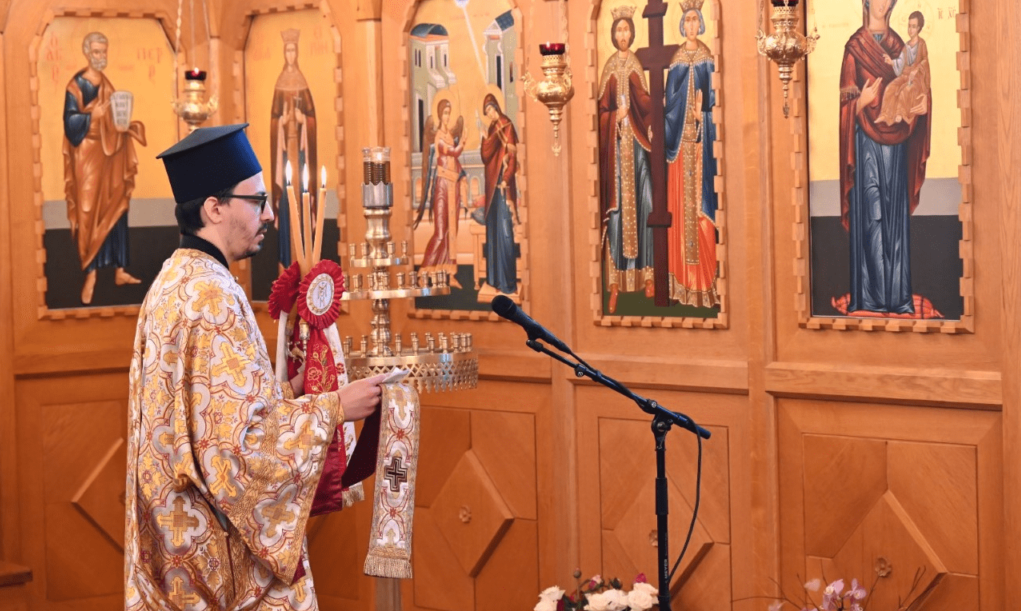 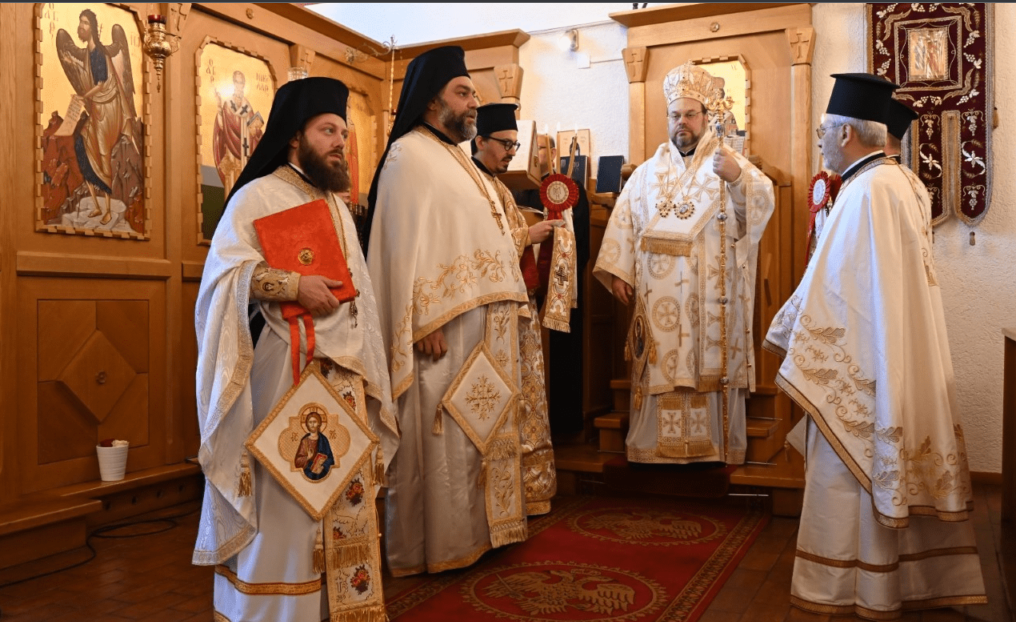 Orthodox Feast of St. Gallus was celebrated for the first time in Canton of St. Gallen, Switzerland

New presbyter was ordained in Metropolis of Switzerland

Efforts by Metropolis of Switzerland to reinforce Orthodox community in Liechtenstein