Job of Pisidia for Ukraine: Is this the witness of Christ that we give to the world?

7 September 2022, Karlsruhe, Germany: Bishop Prof Dr. Heinrich Bedford-Strohm of the Evangelical Church in Germany (EKD) introduces a panel as part of a thematic plenary focused on ’Christian Unity and the Churches’ Common Witness’ at the 11th Assembly of the World Council of Churches, held in Karlsruhe, Germany from 31 August to 8 September, under the theme "Christ's Love Moves the World to Reconciliation and Unity."

The need for reconciliation between and within the Christian Churches was stressed by Metropolitan Job of Pisidia, speaking during the 11th Assembly of the World Council of Churches on Christian unity and the common witness of the Churches.

The Metropolitan of Pisidia noted that there must be reconciliation with all of humanity, and with God’s creation.

In the press conference that followed, Metropolitan Job of Pisidia also referred to the question of the exclusion of the Church of Russia from the World Council of Churches.

“Some weeks, some months ago, many were arguing that we should exclude the delegation of the Russian Church from the WCC. We Orthodox are against this. Because if we want reconciliation and dialogue, everyone must be included. For us Orthodox as a family, the World Council of Churches is very important because it is a place where we can meet. We do not meet so often outside the WCC. It is an extremely important place for dialogue, it is the only way we can continue and move forward,” he noted.

He stressed that it is good that the question of unity was highlighted in today’s discussion because “sometimes we forget our purpose. We must discover what separates us. And it is important to know what we have in common.

He acknowledged, however, that many challenges to unity remain, as there are many moral, social and even political questions.

For his part, Archbishop Justin Welby of Canterbury of the Anglican Church, said that in times of crisis like the one we are experiencing, “we need God’s grace. And each other. Whether it’s Ukraine or Isis, Christians are called to be a community.”

He noted that in the eyes of God we are one. “It is a failure in these times to be divided. A united Church shares the sufferings of all Churches. This cannot be done when there is an endless division. Not being united makes prayer difficult.” 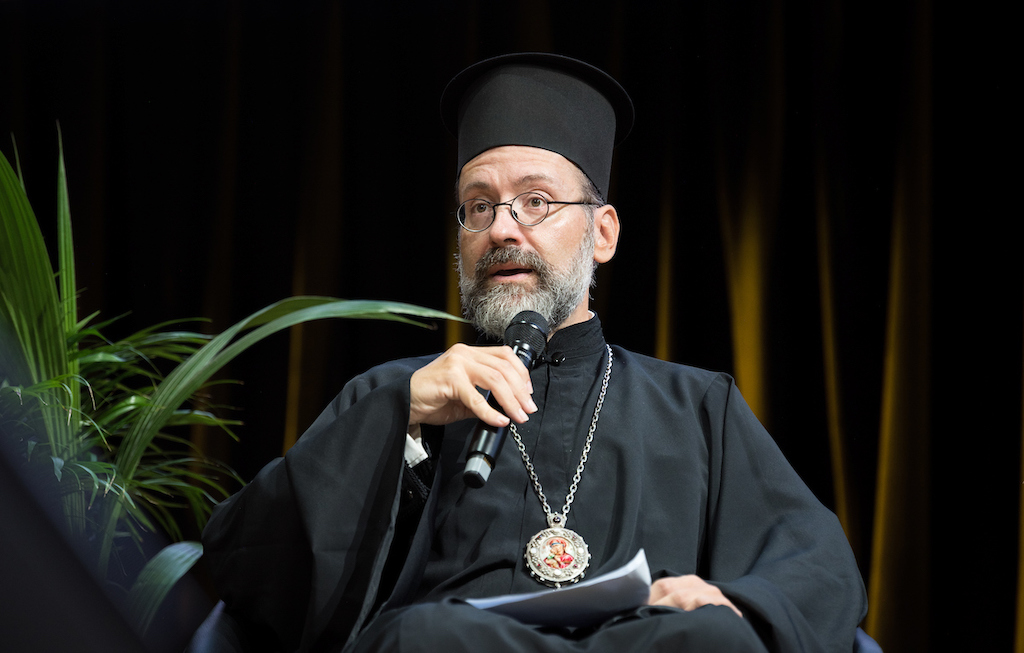 Ordination of a presbyter in the Holy Metropolis of Pisidia

The Feast of Saint Moses the Ethiopian in Raphidia, Samaria (PHOTOS)