President of the Hellenic Republic Katerina Sakellaropoulou visited Thessaloniki’s City Hall on Saturday, where Thessaloniki Mayor Konstantinos Zervas, the Ukrainian Consul General Vadim Sabluk, along with Greek and Ukrainian volunteers, briefed her on the action to collect humanitarian aid for Ukraine.

“We are doing whatever we can because this is an unspeakable tragedy that is happening in our home, in Europe,” Sakellaropoulou said, speaking as a representative of Greece, when the Ukrainian consul general expressed his gratitude and thanks.

The president asked about the arrangements for housing refugees arriving from the war zone, about whether children will be able to attend classes and how the humanitarian aid will be transported to Ukraine.

Zervas said that an effort will be made to extend the React programme, which has been renamed Estia and will apply for more funding, while noting that several municipalities in the Thessaloniki region have the relevant knowhow, while there were currently 150 houses available that could provide shelter to Ukrainian refugees.

Sabluk explained that the aid will be transported by trucks to the Ukrainian-Romanian border, from where it will be picked up by other means of transport, adding that children from Ukraine were also already attending classes at the city’s German School and English-language schools.

Other officials reported that 120 tonnes of humanitarian aid, including clothing, medicines, food and other goods, have been collected so far.

People of all ages and in all walks of life have responded to the calls for humanitarian aid to help war-torn Ukraine throughout Attica, municipalities and aid organisations reported on Saturday.

Through the region, people have come forward to offer whatever they can, arriving at collection points set up by municipalities and regional authorities, some in collaboration with the Hellenic Red Cross, Medecins du Monde and other aid organisations and others independently, after consulting with the Ukrainian Embassy in Athens.

Their generosity has also been matched by local businesses and supermarkets, with the result that local authorities are filling dozens of trucks with aid and have already dispatched the first consignments to Ukraine.

Ten truckloads have already been collected by the municipality of Glyfada, while that of Vrilissia has already sent four tonnes of goods in two consignments – the last of which arrived on March 14 – and is continuing collection.

Large amounts of aid were also collected in Zografou, Peristeri and Filothei-Psychiko, while the municipalities of Paleo Faliro, Elliniko-Argyroupolis delivered the aid they have collected to the Red Cross and that of Agios Dimitrios to Medecins du Monde.

Dozens more municipalities in Athens and Attica had collected aid up until Friday, while others have extended the deadline and many private citizens are also donating aid to camps where refugees from Mariupol and Sartana have already been installed. 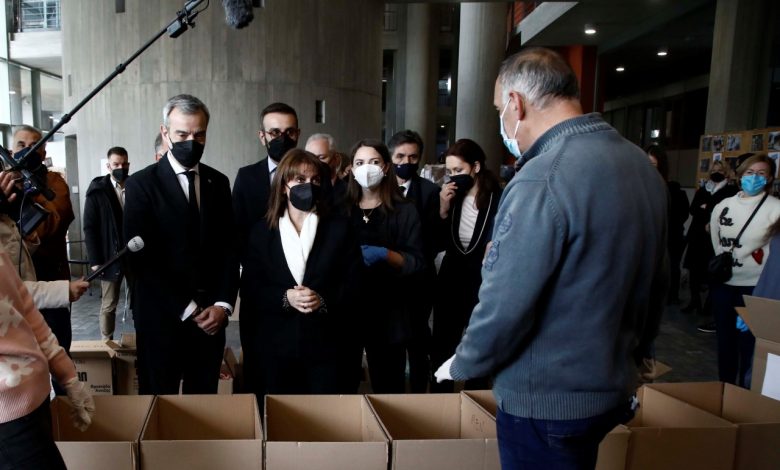 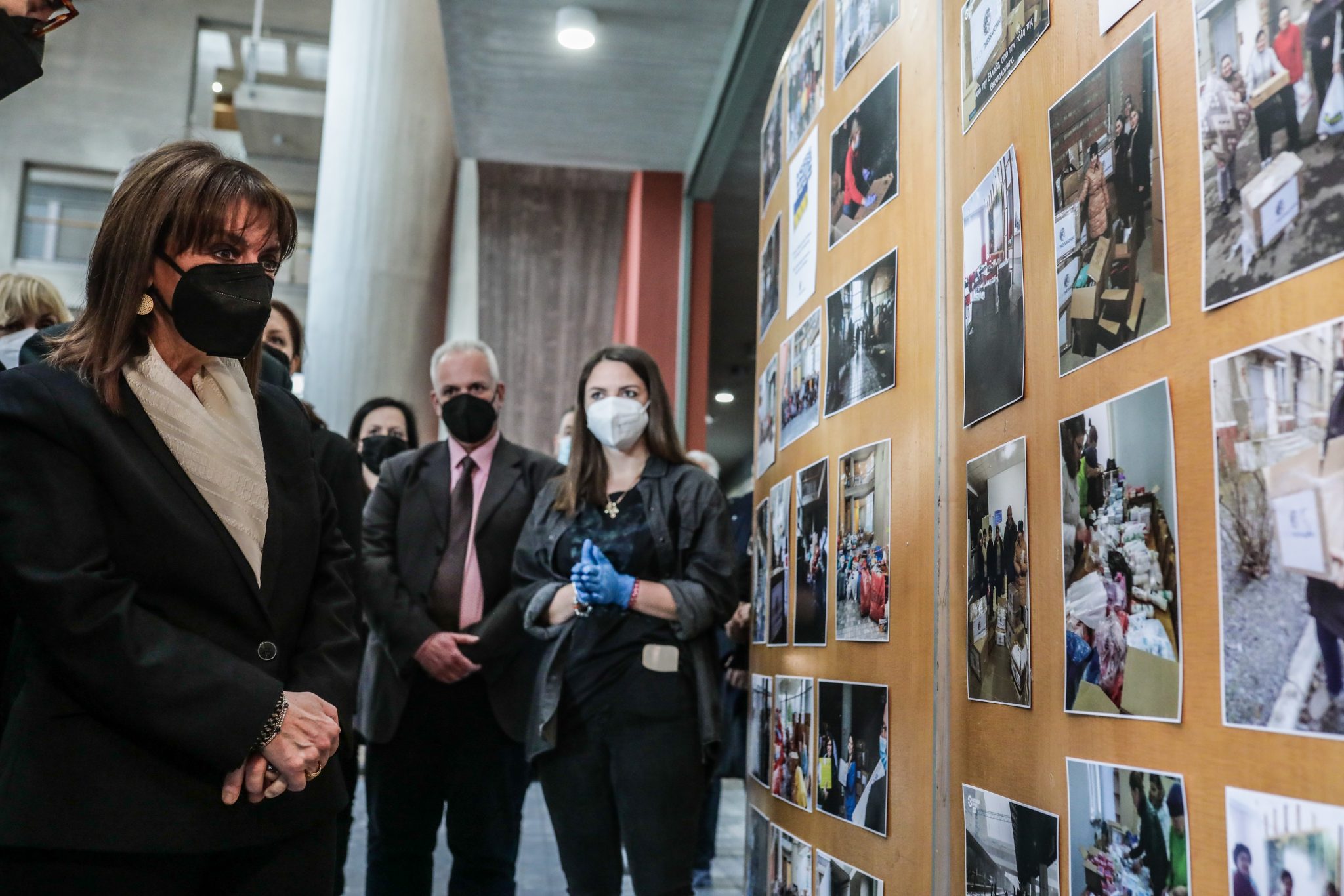 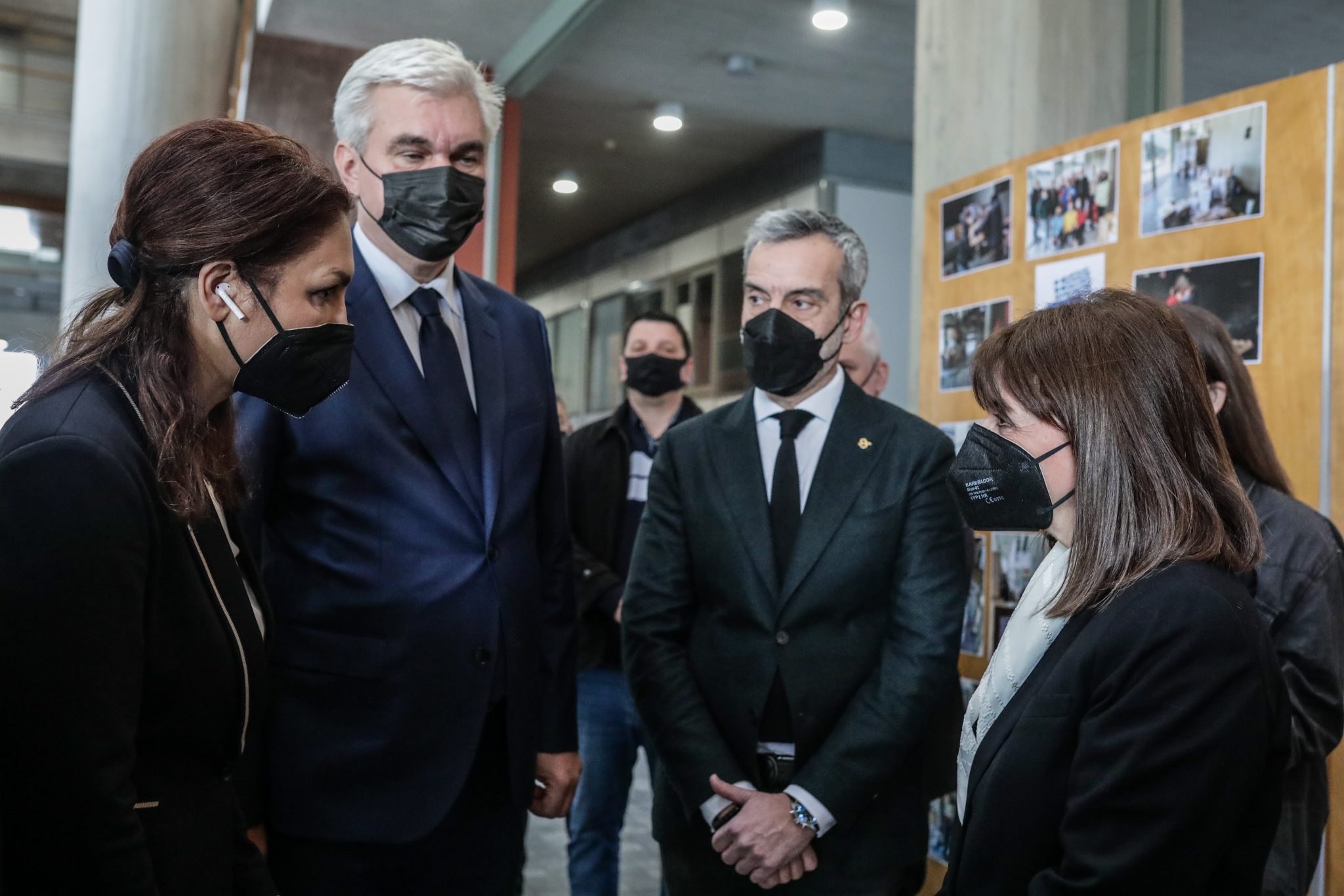 Church of Greece: There is no excuse for this war