Feast of Saint Melanin the Roman at Patriarchate of Jerusalem

On Wednesday, 13 January 2021, the Patriarchate of Jerusalem celebrated the feast of Saint Melanin the Roman.

On this feast, the whole Church and especially the Church of Jerusalem commemorates that Saint Melani lived in the 4th century and was born in a rich and noble family of Rome. When all her beloved ones died, he went to Egypt, where she fed thousands of starving Monks and Christians with her own belongings, and later on, she came to Jerusalem. She lived in strict ascesis, humility, poverty, and charity towards the poor, in the Mount of Olives and in a hermitage, which is located at the place of the chapel built in her honour, inside the Monastery of Megali Panagia. The Monastery was the first place of residence for the Hagiotaphite Brotherhood, near the Church of the Holy Sepulchre, and today it is a Nunnery with approximately twenty Nuns.

The feast of Saint Melani was celebrated in this chapel with Vespers in the afternoon and the Divine Liturgy in the morning, led by Elder Dragoman Archimandrite Mattheos, with the co-celebration of the Ministering Priest of the Monastery, Archimandrite Makarios and Hierodeacon Simeon. The chanting was delivered by His Eminence Archbishop Aristovoulos of Madaba, and Mr Vasilios Gotsopoulos as the services were attended by the Monastery Nuns, and Nuns of the other Monasteries of the Patriarchate.

After the Divine Liturgy, the renovator of the Catholicon, and caretaker of the preservation of the icons, with the pilgrims’ donations, Reverend Abbess Melani, offered a reception to all in the Hegoumeneion. 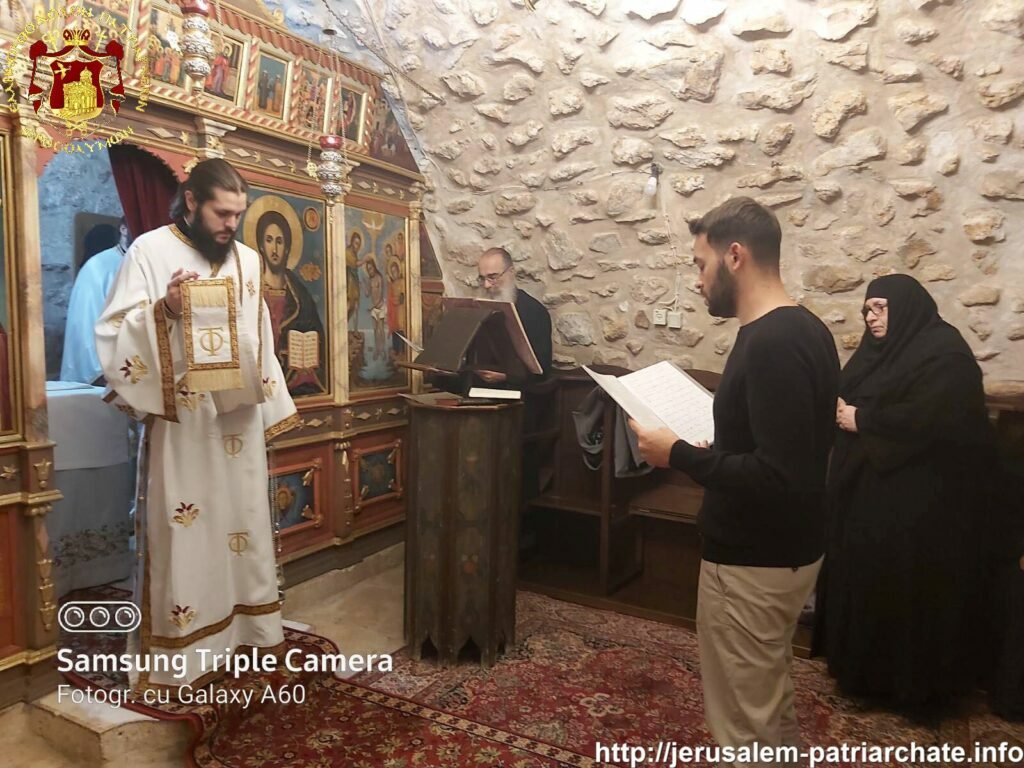 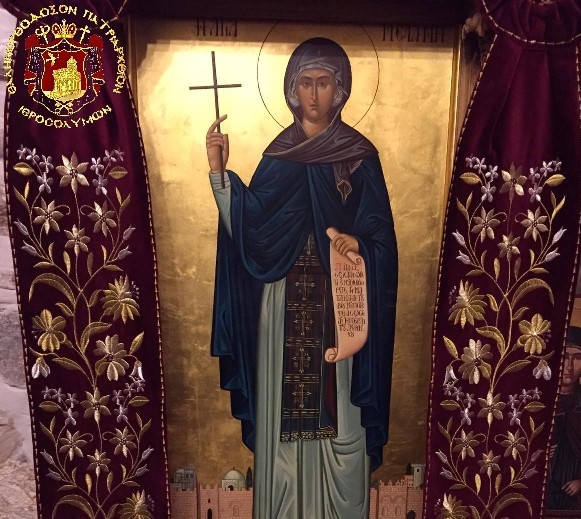 Patriarch of Alexandria: Eleni Vafiadis was like a piece of jewellery for our parish