Ecumenical Patriarch to Biden: Citizens of the whole free world welcome your victory

“The joy and enthusiasm for your electoral victory are merely personal sentiments. They are also shared by our Ecumenical Patriarchate and its eparchies across the world, and above all by the Greek Orthodox Archdiocese of America with its commendable Shepherd, Archbishop Elpidophoros – and I remain grateful for the love and esteem with which you have embraced him. But beyond our Patriarchate, there are millions of Americans, as well as citizens of the entire free world, to whom you now offer hope (I could say conviction) for a better future, where the eternal values and ideals of a civilized humanity may prevail.”

The Ecumenical Patriarch recalled, in his letter, the long involvement of the Ecumenical Throne with the issues of the protection of the natural environment and ways of tackling climate change. The Patriarch expressed His satisfaction and joy at the initiatives that the newly elected President is prepared to take on this urgent issue, as he has already announced, with a view to joining the Paris Agreement and guaranteeing a cleaner environment.

“Those looking to you are those who thirst for religious freedom, those whose human rights are trampled, and those who yearn for freedom and justice. And there are so many of them! They also include the historical religious communities of the Middle East, who aspire to peaceful coexistence. Mr. President, may God be with you!”

In his toast, Biden had warmly referred to the personality, ministry and initiatives of the Ecumenical Patriarch, for promoting interfaith dialogue, tolerance and peaceful coexistence in the world, but also for His effort to raise awareness on protection of the natural environment on a worldwide scale. 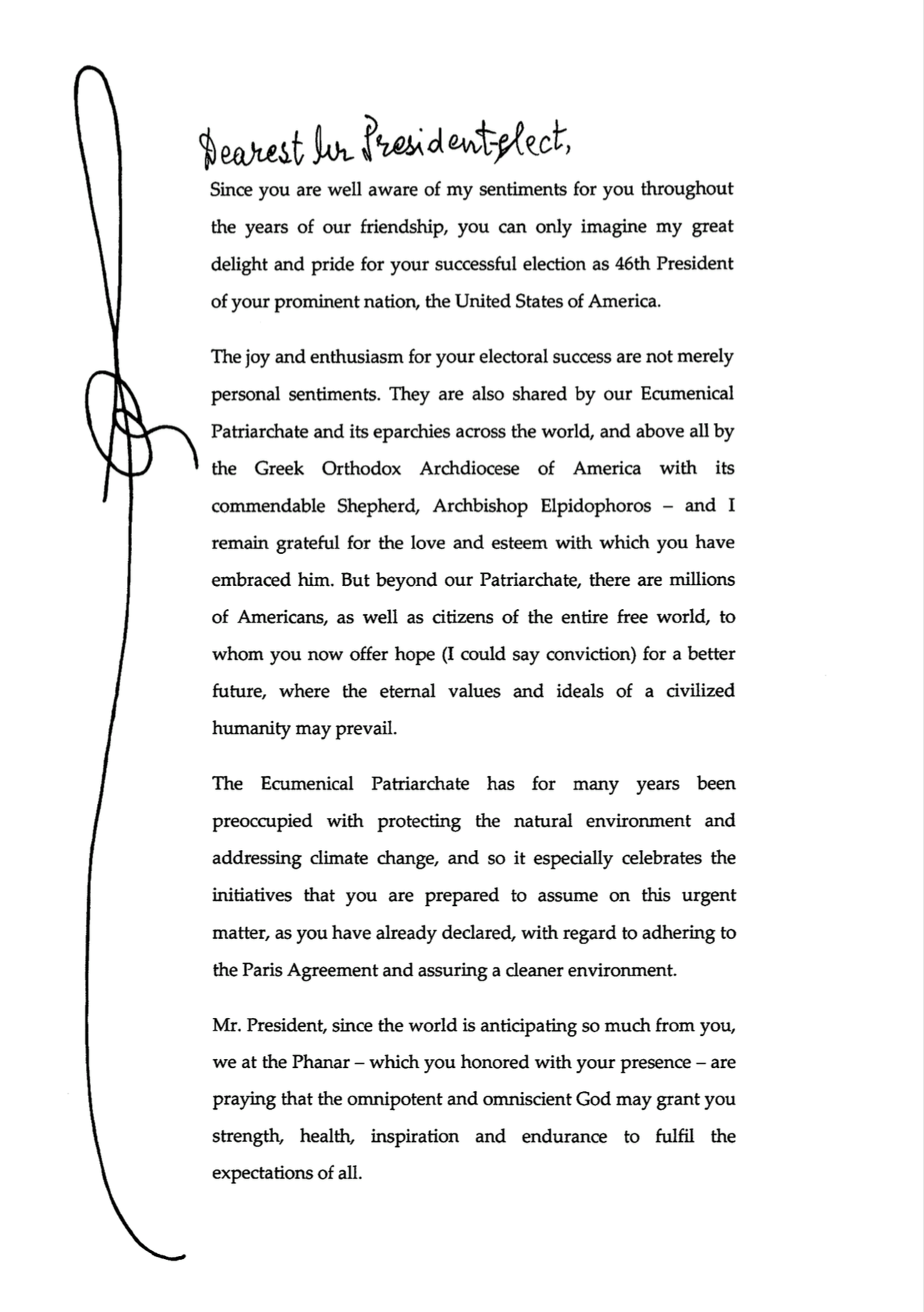 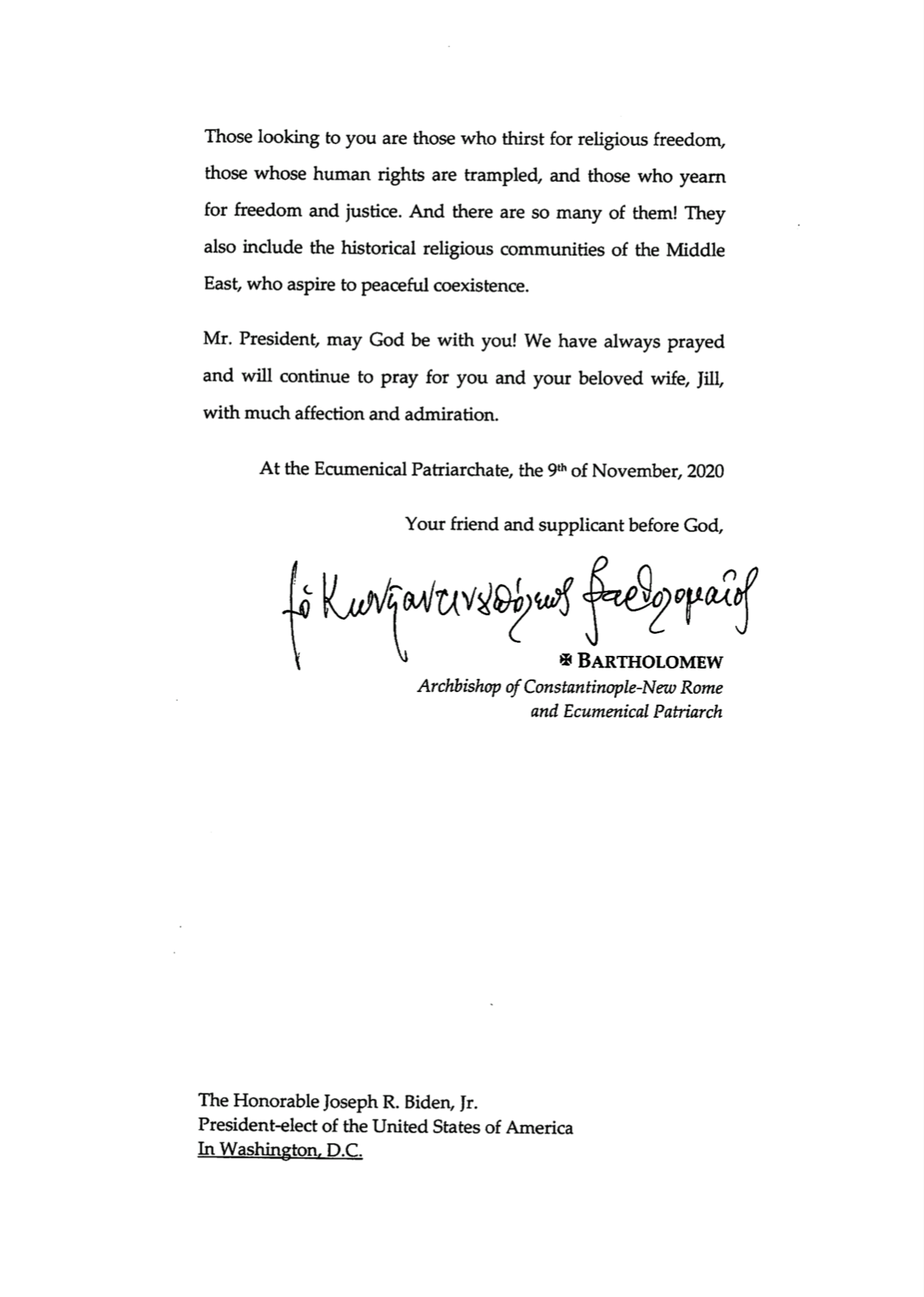 Bartholomew: Kirill had to sacrifice his throne for the war in Ukraine even if he had to go to jail