Ecumenical Patriarch Bartholomew, on the occasion of the Feast of the Entrance of the Most Holy Theotokos to the Temple, on Monday, November 21, 2022, presided over the Divine Liturgy at the Church of the Most Holy Archdiocese of Constantinople, at the great Community of Stavrodromi.

The Ecumenical Patriarch presided over the service along with Elder Metropolitans Apostolos of Derkoi, Eirinaios of Myriophytos and Peristasis, Theoliptos of Iconium, Stephanos of Kallioupolis and Madytos, Bartholomew of Smyrna and Andreas of Saranda Ekklisies.

The Divine Word was preached by Metropolitan Bartholomew of Polyana and Kilkis.

The Divine Liturgy was attended by Elder Metropolitans Emmanuel of Chalcedon, Meliton of Philadelphia, Chrysostomos of Myra, Athanasios of Kolonia, Maximos of Sylivria, and the Bishops Benjamin of Tralles and Paisios of Xanthoupoli, clergymen, Archons of the Ecumenical Throne, Mrs. Georgia Sultanopoulos, Consul General of Greece in Constantinople, Professors, and students of the Zografeion Greek School with its Director Mr. Ioannis Demirtzoglou, as well as a group of old graduates of this historic educational institution of the Greek Diaspora, and many believers from Constantinople and pilgrims from abroad.

During the Divine Liturgy, the Ecumenical Patriarch ordained as Deacon the subdeacon Mr. Konstantinos Mavrommatis, for the Community of Stavrodromi.

In his speech, the Ecumenical Patriarch referred to the great feast of the Entrance of the Theotokos to the Temple, and especially to the Virgin Mary.

“Undoubtedly, the Virgin Mary is the only one who speaks in the heart of man, which shocks our emotion, and which is” the joy of the sorrowful”, and “Christians the protector”. The arrows are painful.

“The clouds of the sorrowful pummel the soul” of the faithful. But the really strong do not flinch in the face of danger and are never disappointed. He endures and insists because he knows what he wants and what he is fighting for. The successes and failures of life are of no importance to the truly possible, only the good fight.

And all these things, because he who believes strong knows that above him is divine grace, there is the perfected power of Christ, there is the Intercession of the Theotokos.

The Patriarch then referred to the celebrating Great Community of Stavrodromi, which is the first among the Greek Communities.

“With these hopeful thoughts, we came today to ask the Intercessions of the Virgin Mary to her Son and our God for the parishioners of the Great Community of Stavrodromi and for our whole flock here.

But we also came to honor, congratulate and thank our beloved Community of Stavrodromi, which, always, was not only the first hierarchically in our Community system but also the first in the organization, ecclesiastical, educational, charitable, and in general social, always giving the “presence” in every circumstance through the exemplary operation of all the sacred and venerable foundations therein, through the contribution of all the various officials who served in it.

This Community deserves all praise and recognition because, under the present circumstances, it continues its long tradition of fighting literally to ensure that its glorious past is not lost.

A great proof of this struggle is the foundation of the cells adjacent to the Holy Cathedral, which we will perform in a short time.

Thirteen years after the completion of the restoration and exaltation of this temple, which we celebrated brilliantly in 2009 with the opening ceremony, the God of our fathers, demands that we experience another joyous milestone event in the history of the long-suffering Community of Stavrodromi: the restoration of the decades-long incinerated cells, in which all the staff of the church resided, in the order of our late Patriarch Anthimos III, in the year 1823.

The foundation is now the noble expense of a philanthropic donor from the USA, to whom we express the gratitude of the Mother Church and wish from the bottom of our hearts his commendable generosity to be a shining example to follow!”

The Ecumenical Patriarch congratulated the Hierarchical Head of the Community, Metropolitan Andreas of Saranda Ekklisies, the Bishop of Tralleon, as well as its Ephorate Committee under the direction of Georgios Papaliaris, for the work carried out.

“We are watching and praying for the success of this work of the Community of Stravrodromi, which is spiritually led by the Ecumenical Patriarch and dearly beloved brother Metropolitan Andreas, who, without effort and without shirking his responsibilities, stands on this rampage and offers us significant relief in the exercise of our pastoral duties.

The Patriarch also referred to the late Metropolitan Germanos of Tranoupolis, “who served the Great Community of Stavrofromi for fifty consecutive years.

The late Hierarch was a model of charity and humility, but also of total devotion to the Mother Church and its primate. May his example inspire us all and may his memory be eternal!”

The Ecumenical Patriarch then addressed paternal exhortations to the new deacon Konstantinos Mavrommatis.

“But because sorrow and joy go hand in hand in our lives, today the Holy Archdiocese of Constantinople and the Community of Stavrodromi, rejoicing, welcome to the chorus of its sacred clergy a new member: the newly ordained deacon Konstantinos, who comes from Thessaloniki. It is a great blessing, dear Fr. Konstantinos, to be the deacon of the Lord.

And it is a special privilege to be a clergyman of the Ecumenical Patriarchate.

Concluding his speech, he officially welcomed Metropolitan Bartholomew of Polyana and Kilkis.

“Holy Brother, we thank you wholeheartedly for your wise words. In your person, we salute all the beloved and chosen Hierarchs of the Ecumenical Throne in the “New Territories” and assure you that the Mother Church will never cease to be interested in the spiritual progress and care of her beloved children in Greece.

You there and we here and all the children of the Ecumenical Patriarchate everywhere have the unique privilege of being one big family with the Phanar as its Holy Center. The Great Church of Christ will always be by your side to support you, guide you and relieve you affectionately in any difficulties you may have.”

Immediately after, in the precinct of the Church, the Patriarch performed the Sanctification for the beginning of the thorough restoration of the old cells adjacent to the Cathedral, which were destroyed decades ago by fire.

The Ecumenical Patriarch and the representative of the Municipality of Pera (Beyoğlu), who contributed to the rapid issuance of all the necessary permits, founded the new building, placing symbolically a stone.

Then, a reception was held in the Community Hall, during which the new deacon Konstantinos made his ordination speech expressing his gratitude to the Ecumenical Patriarch for joining the Holy Clergy of the Archdiocese of Constantinople. 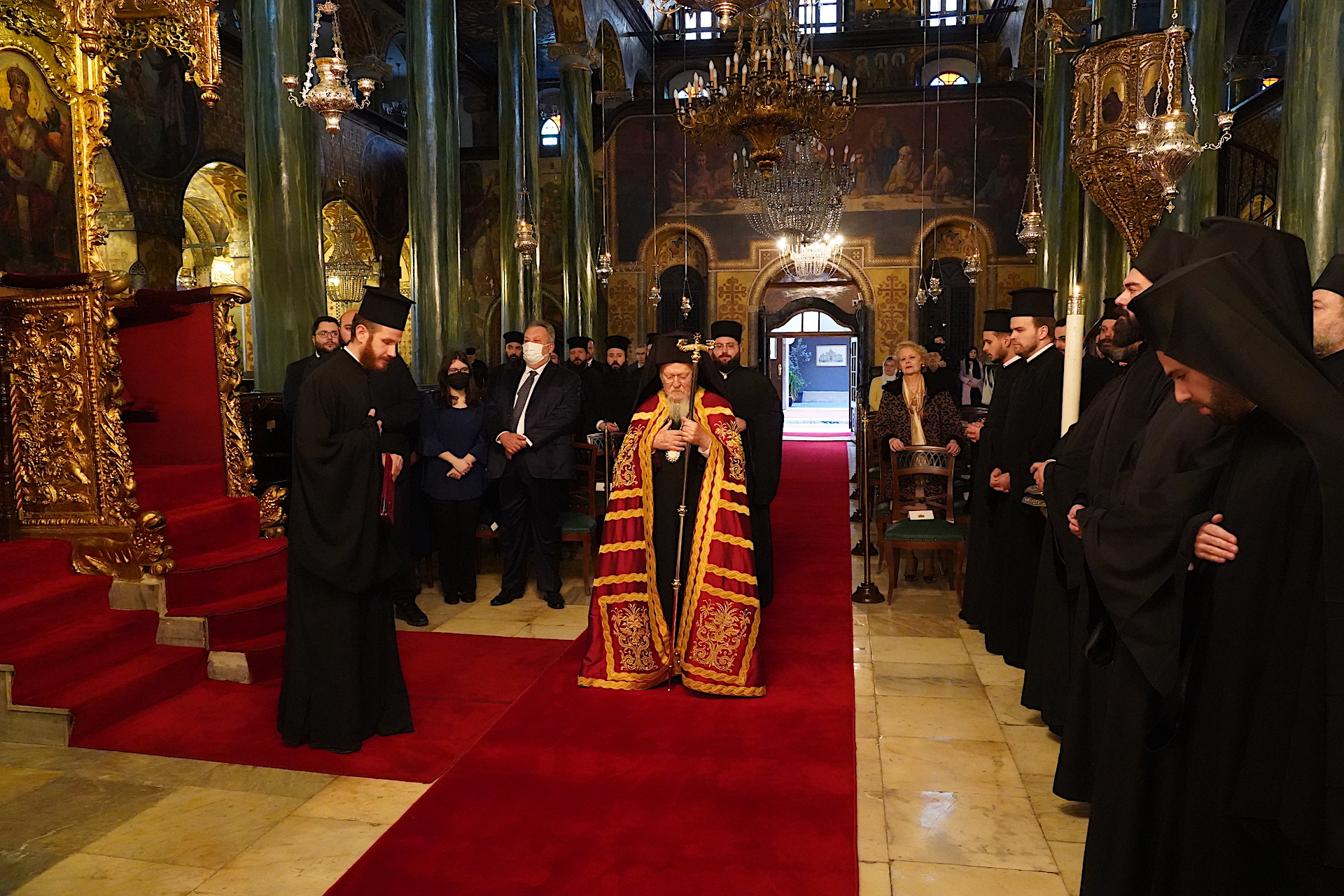 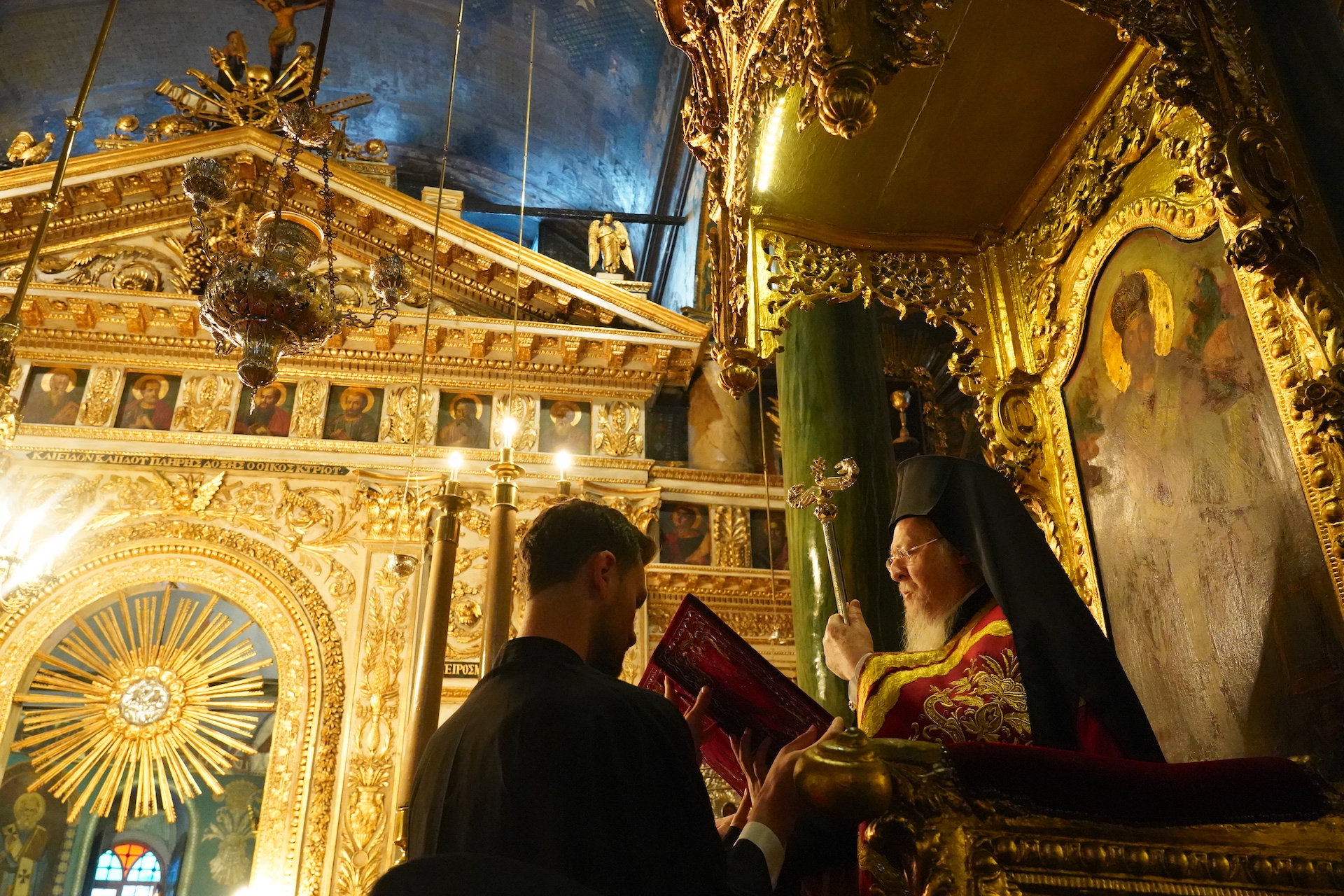 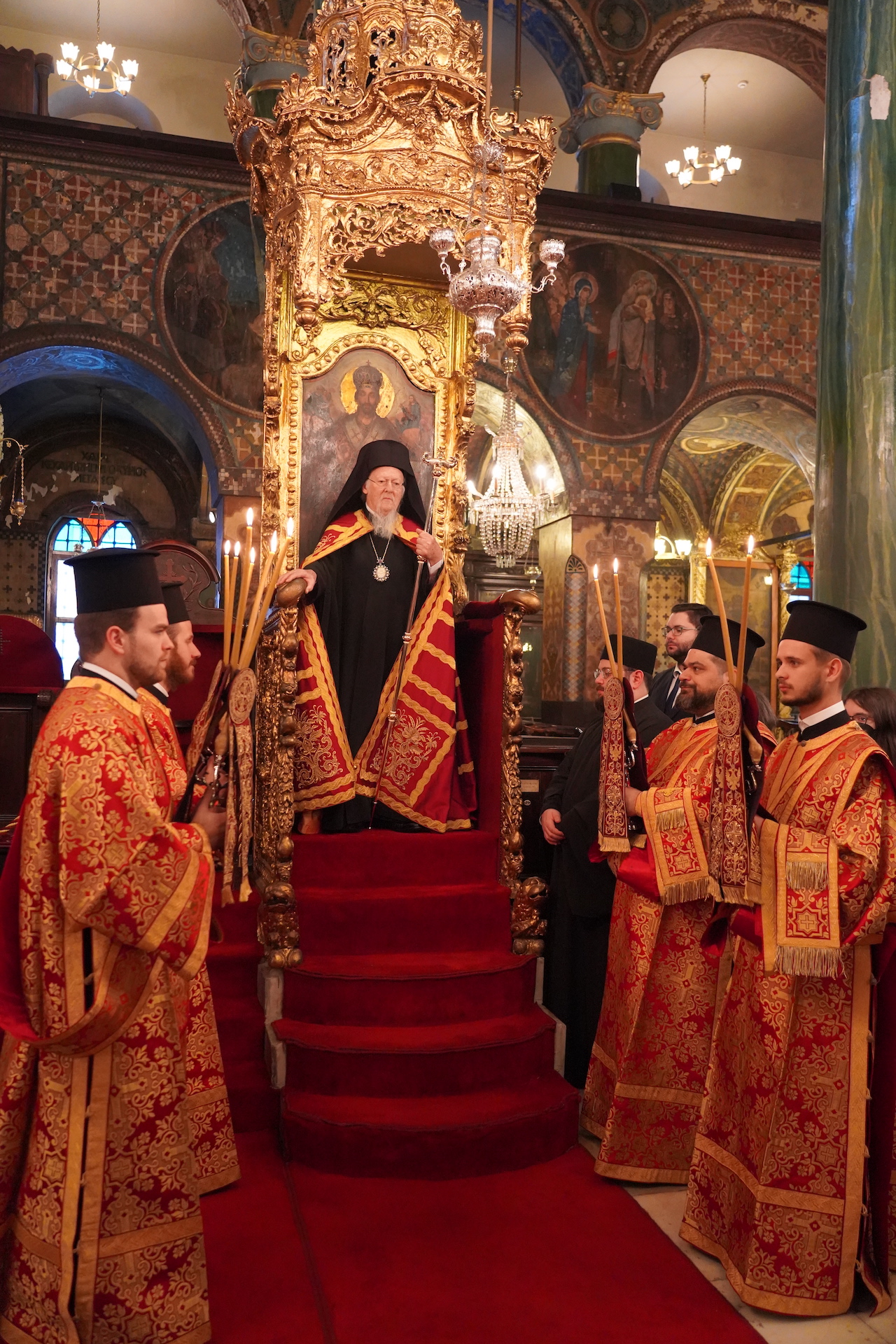 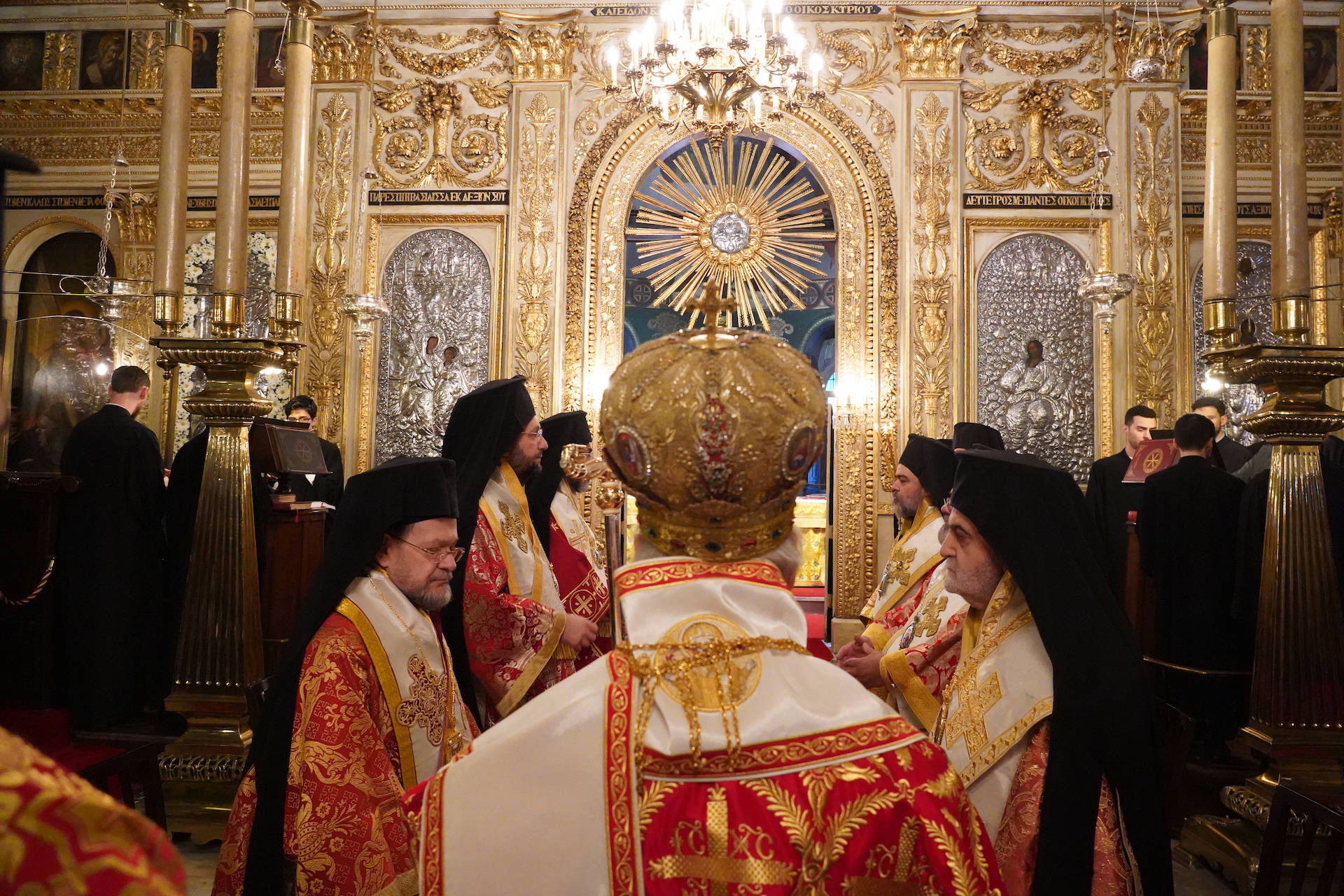 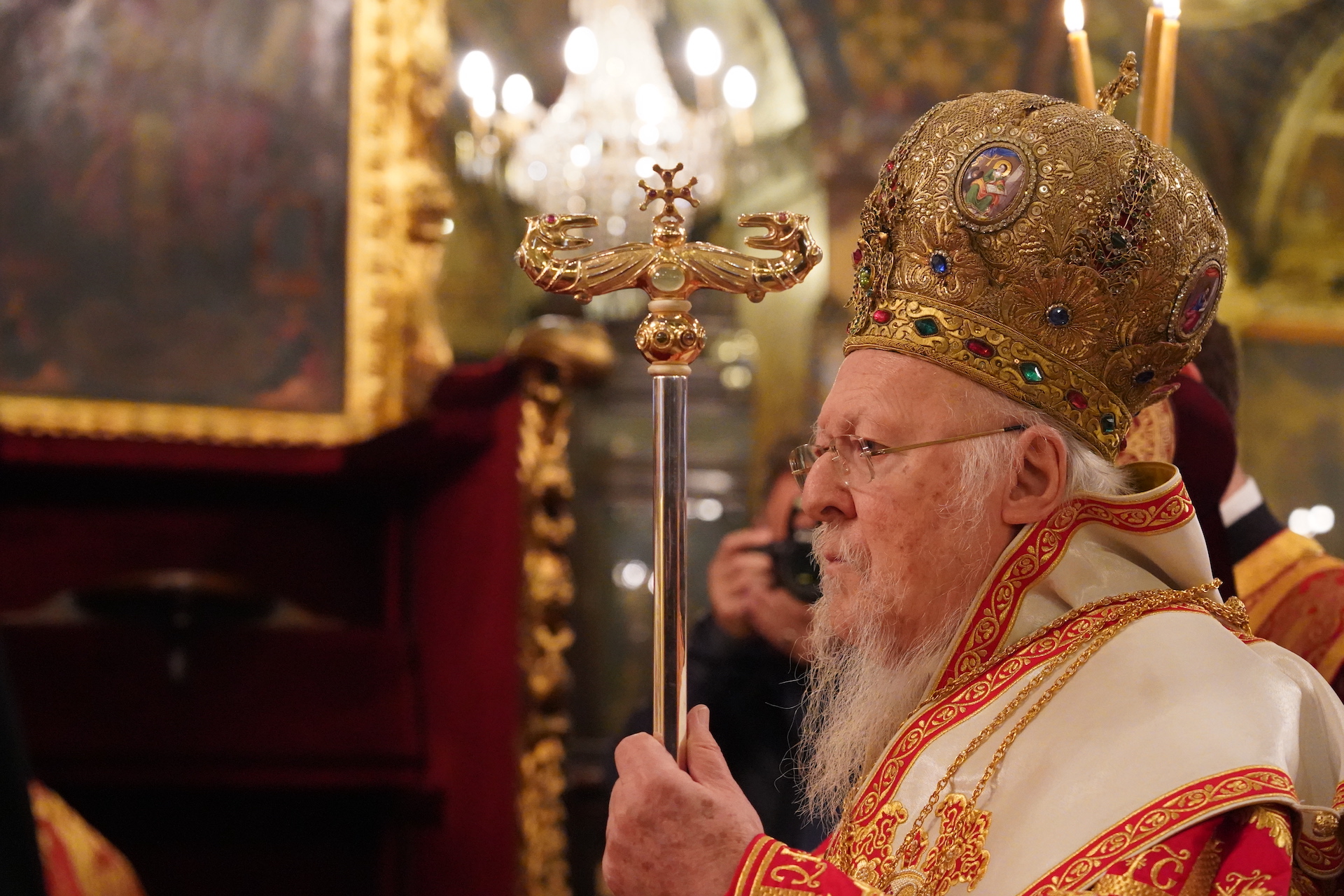 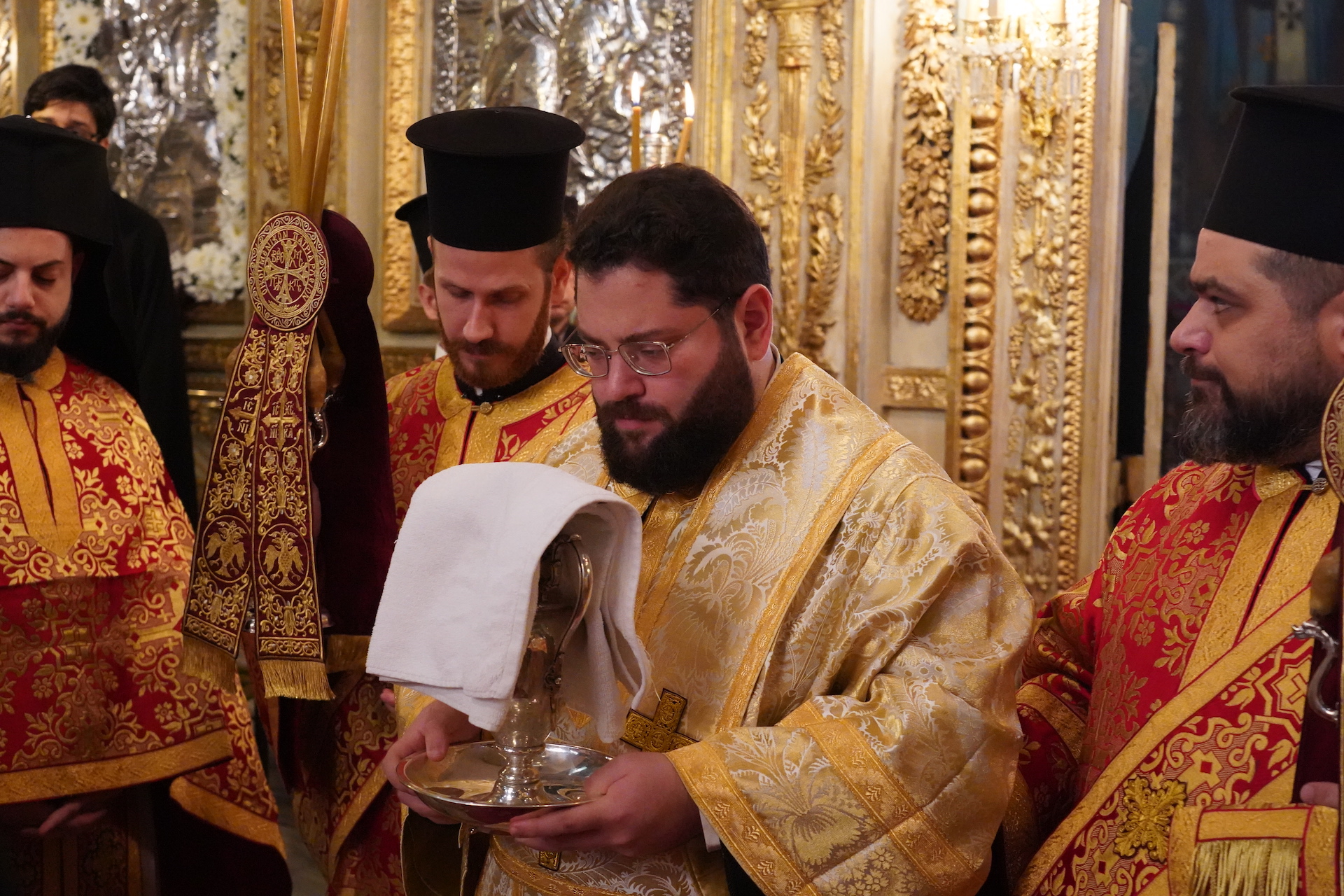 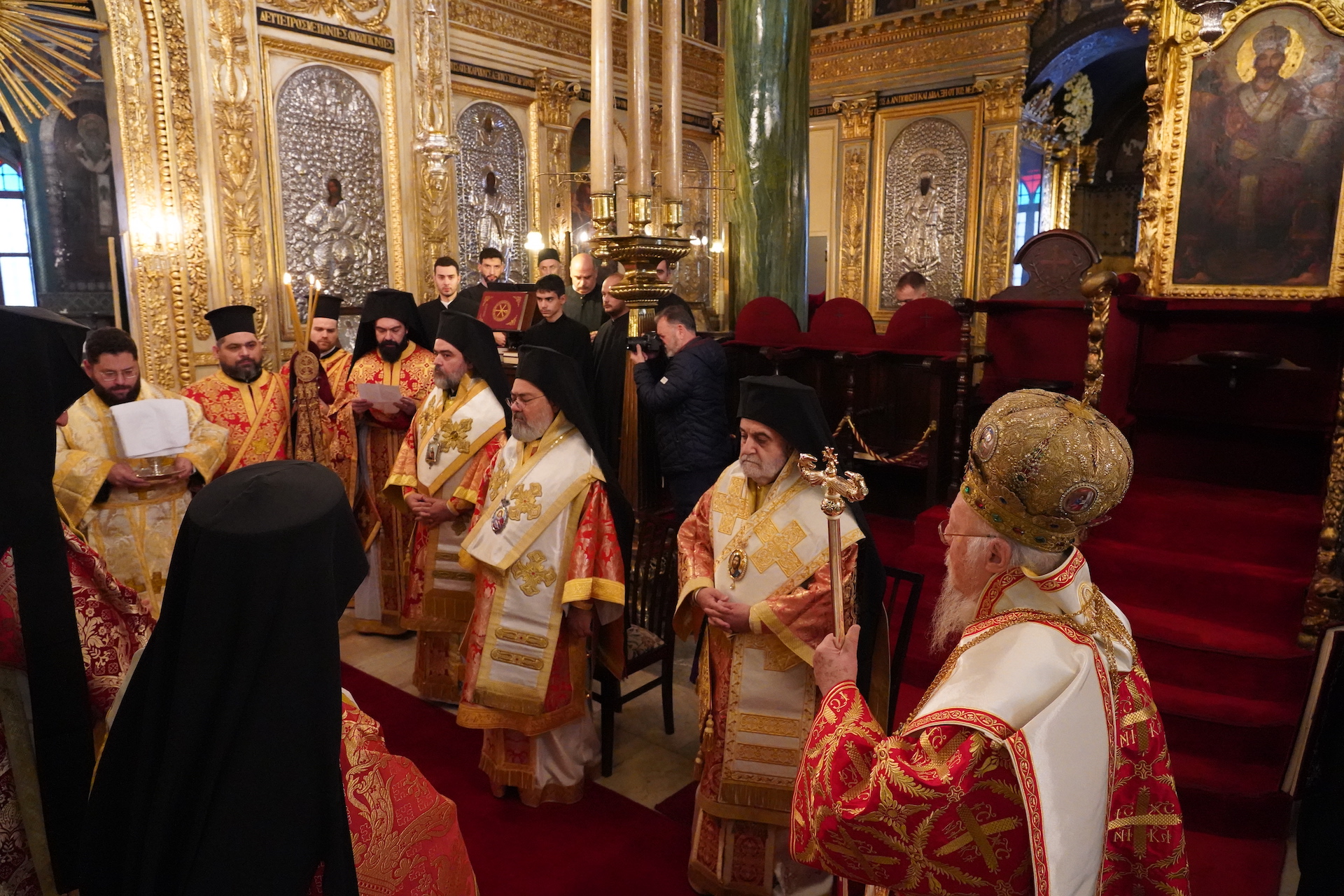 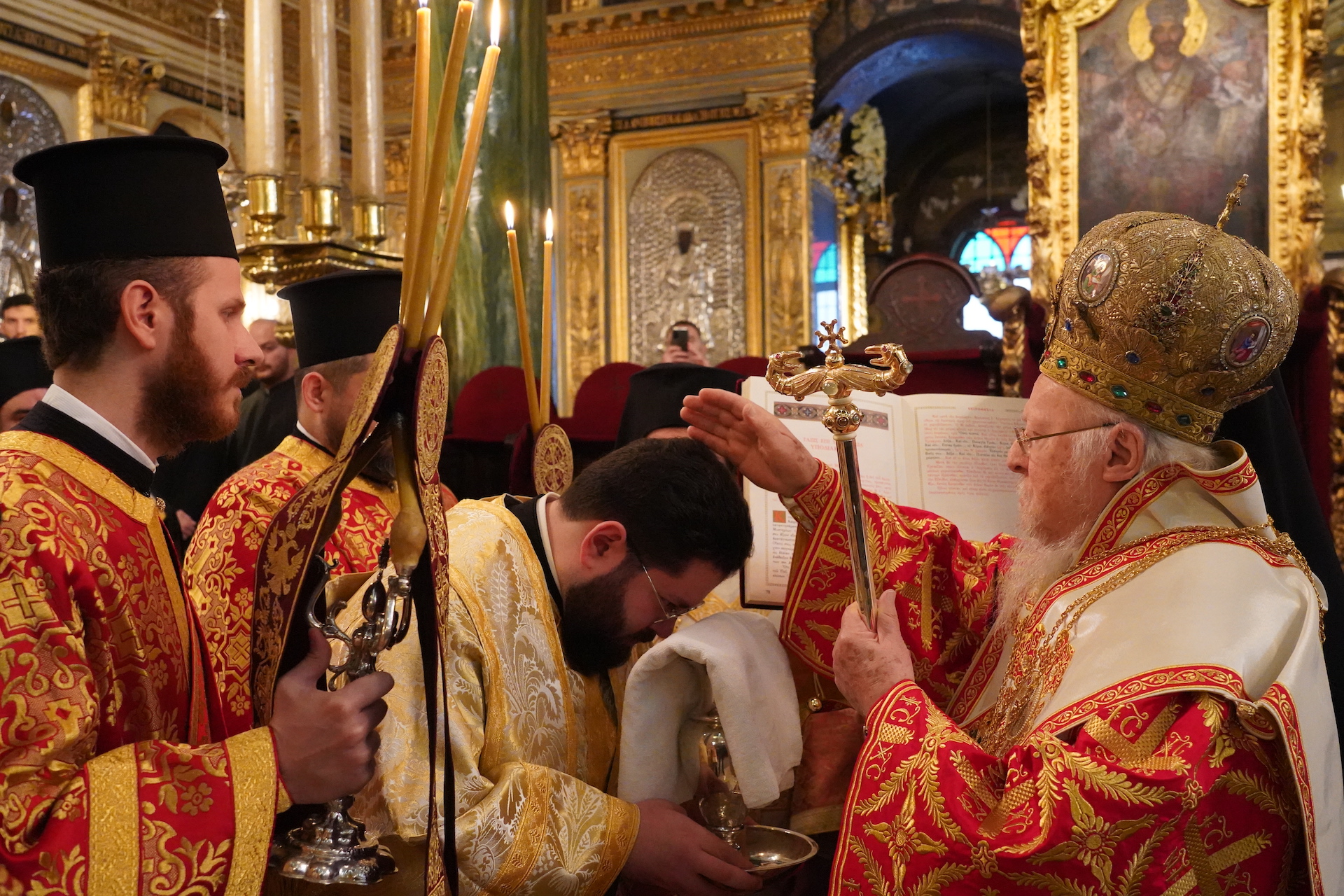 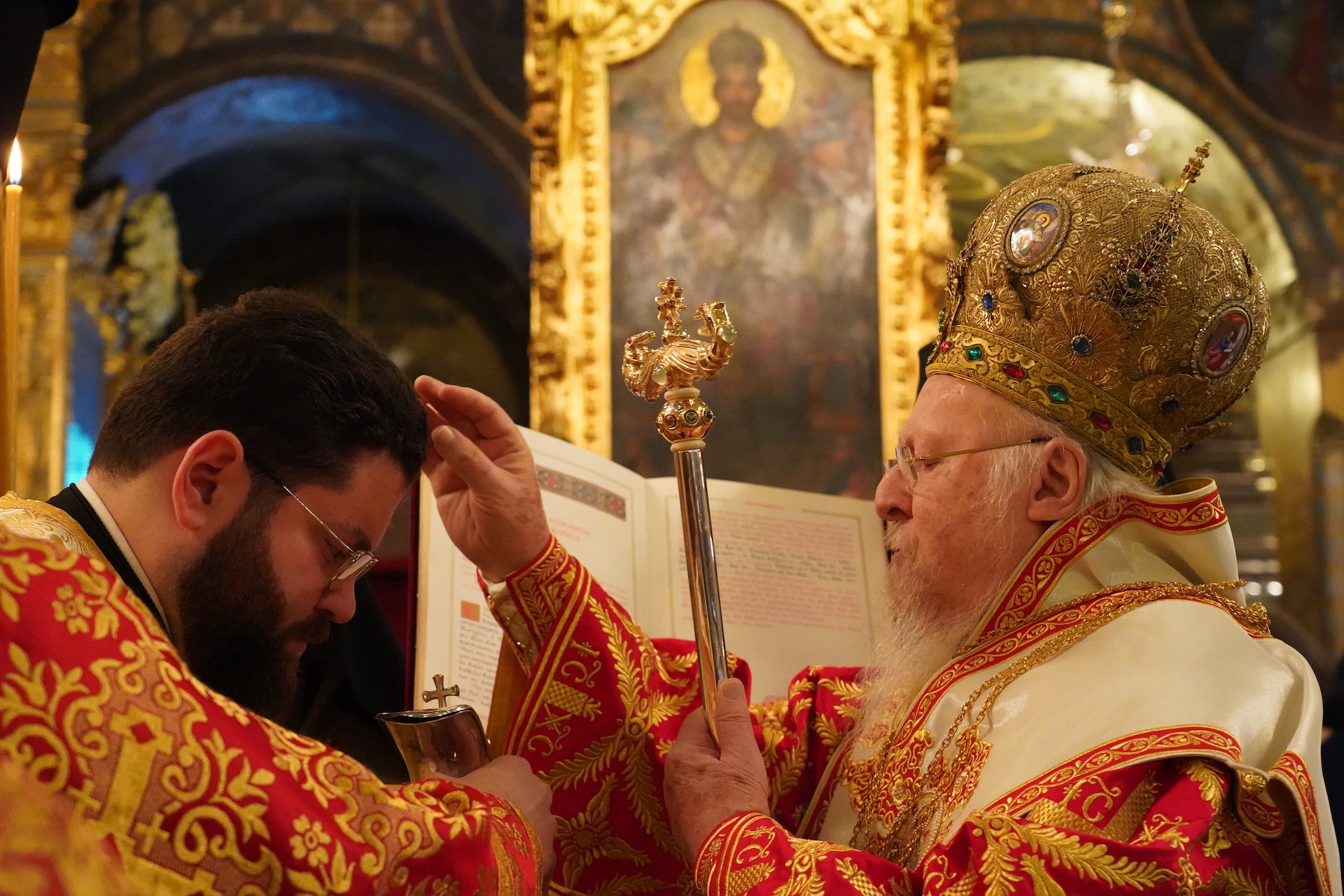 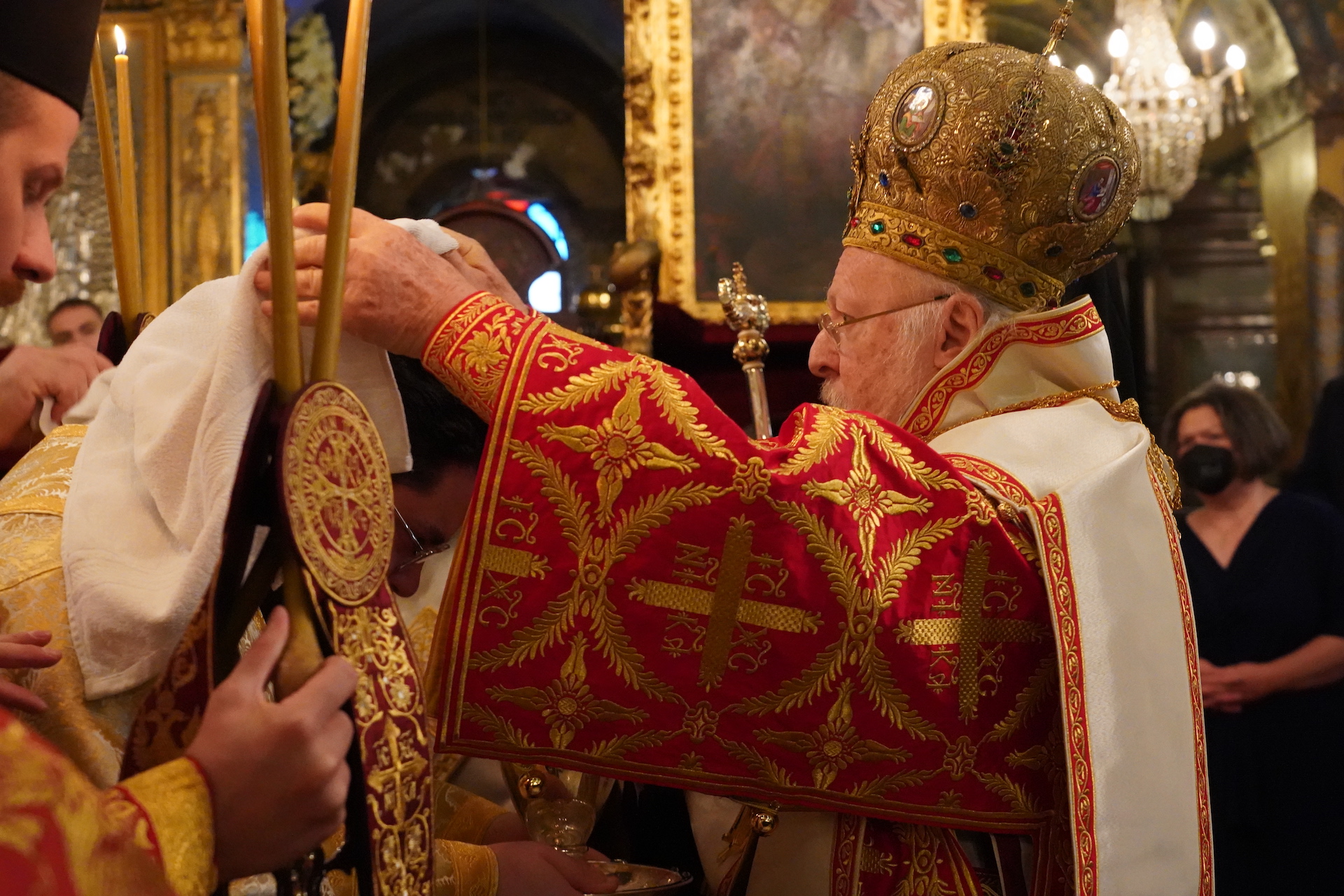 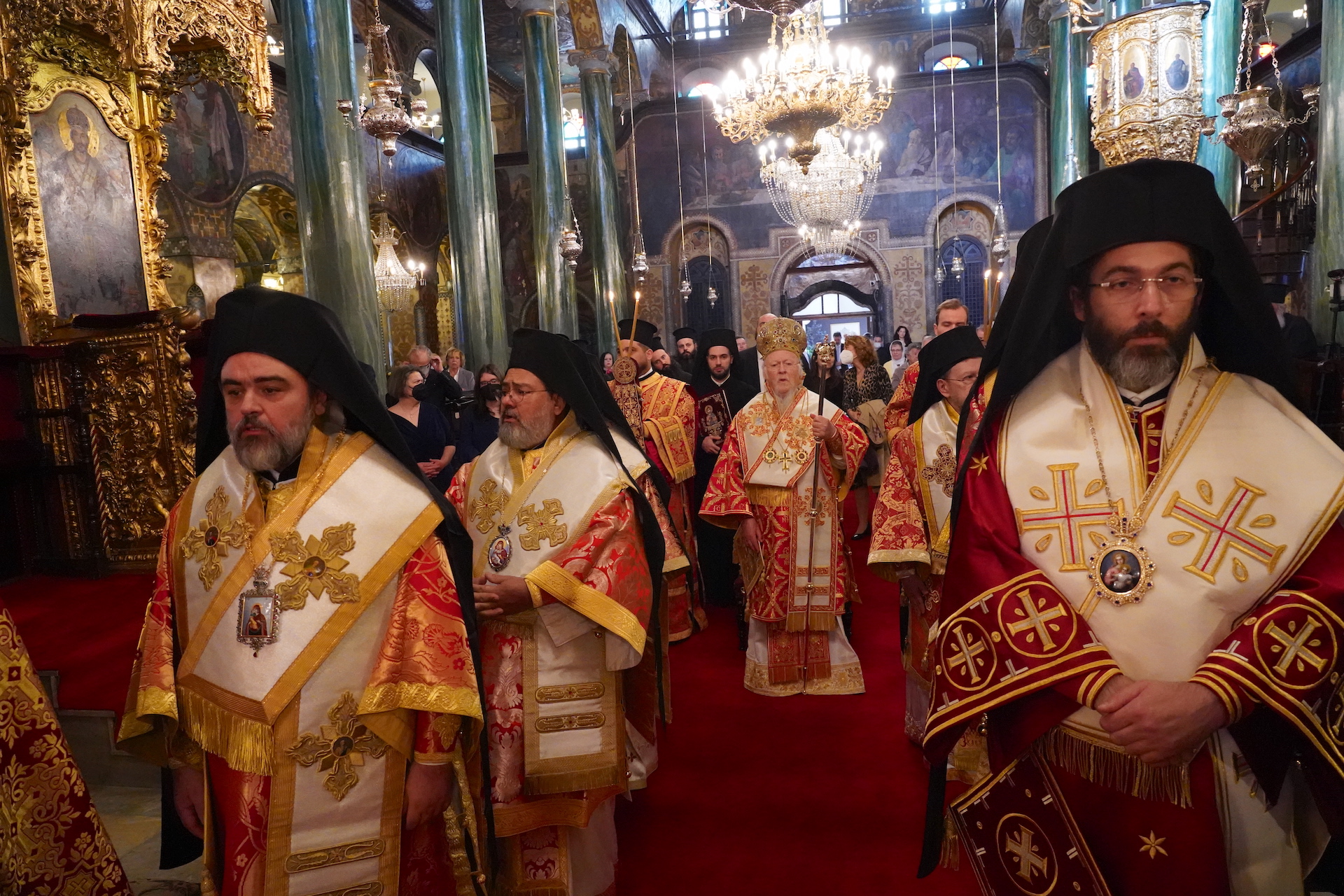 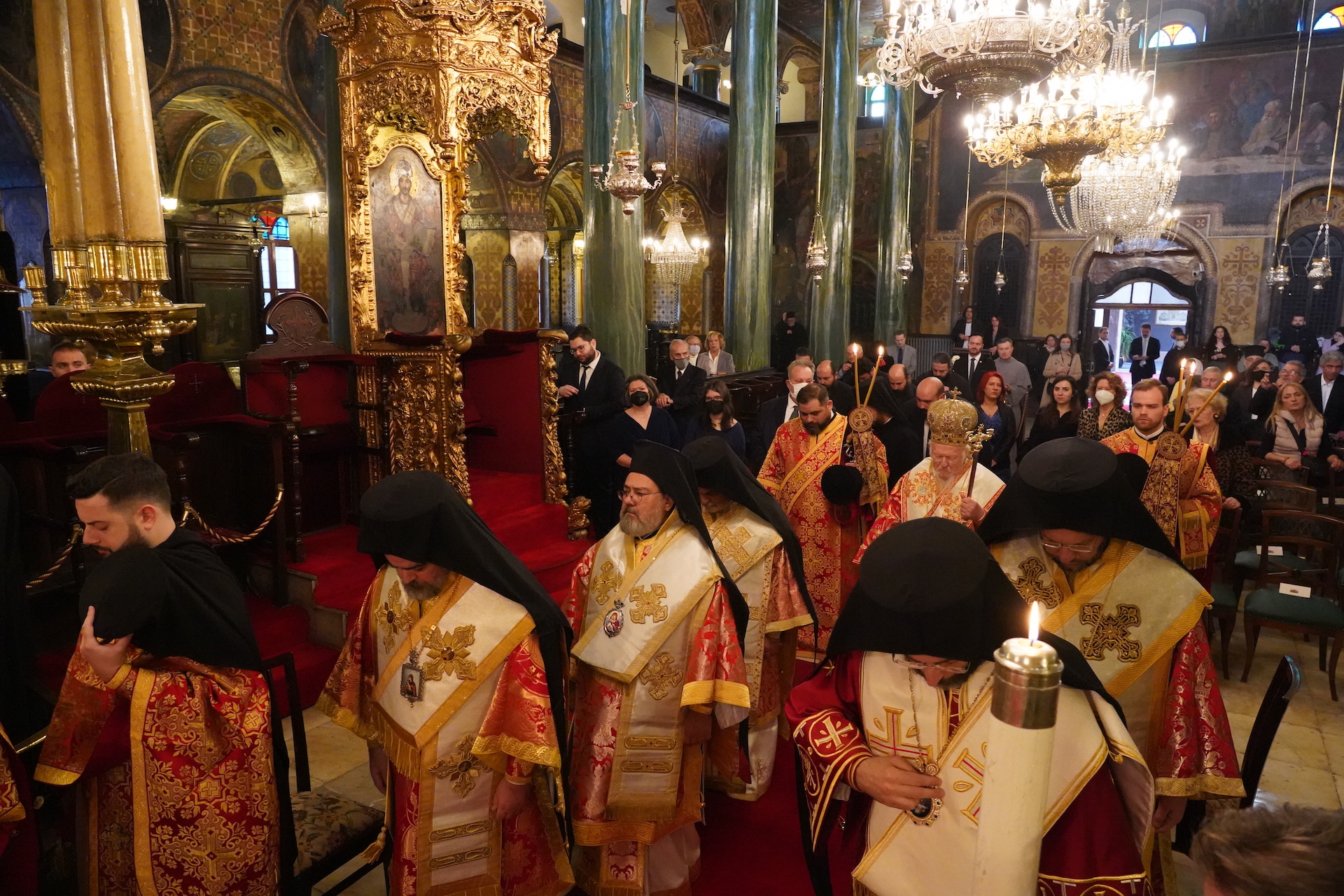 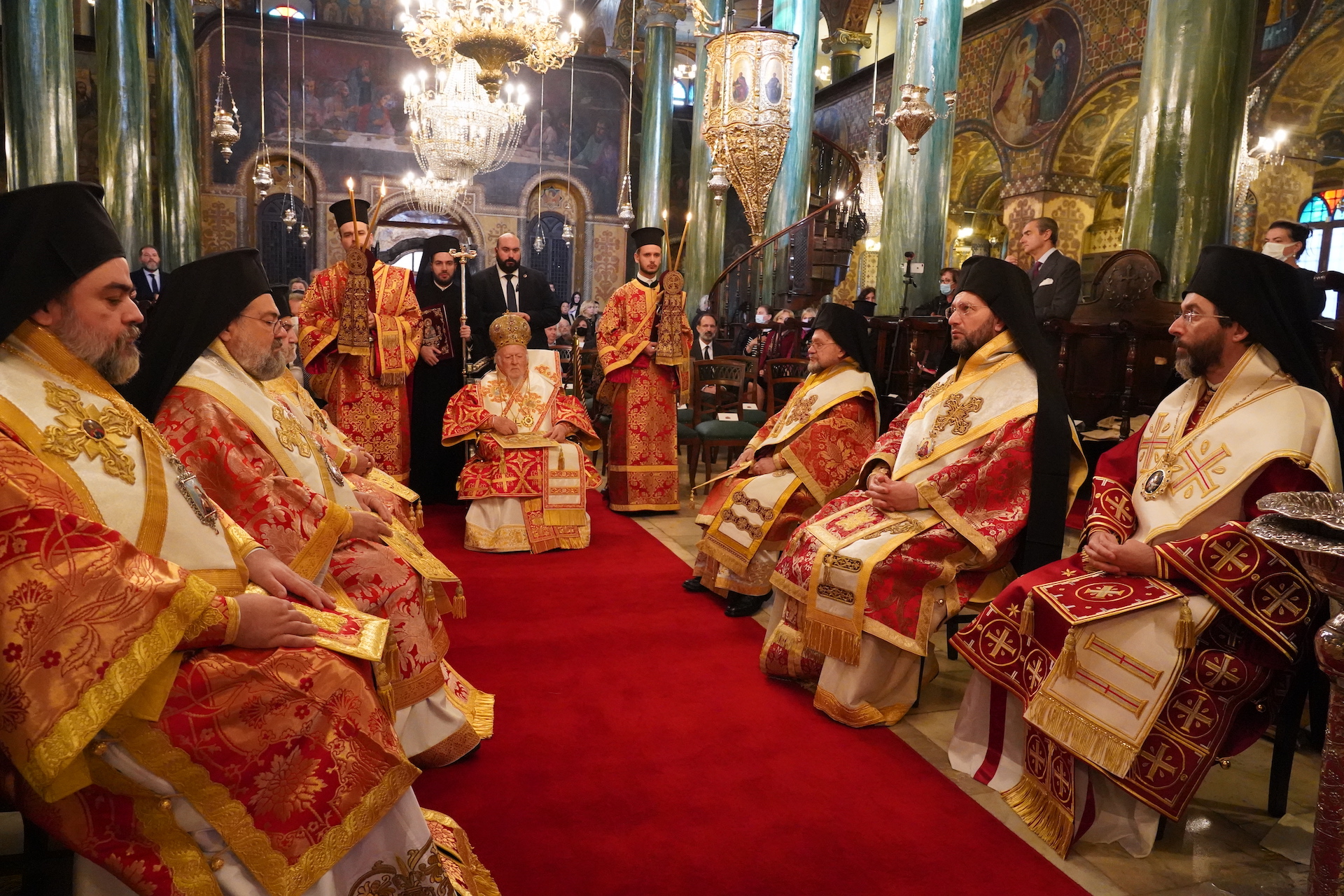 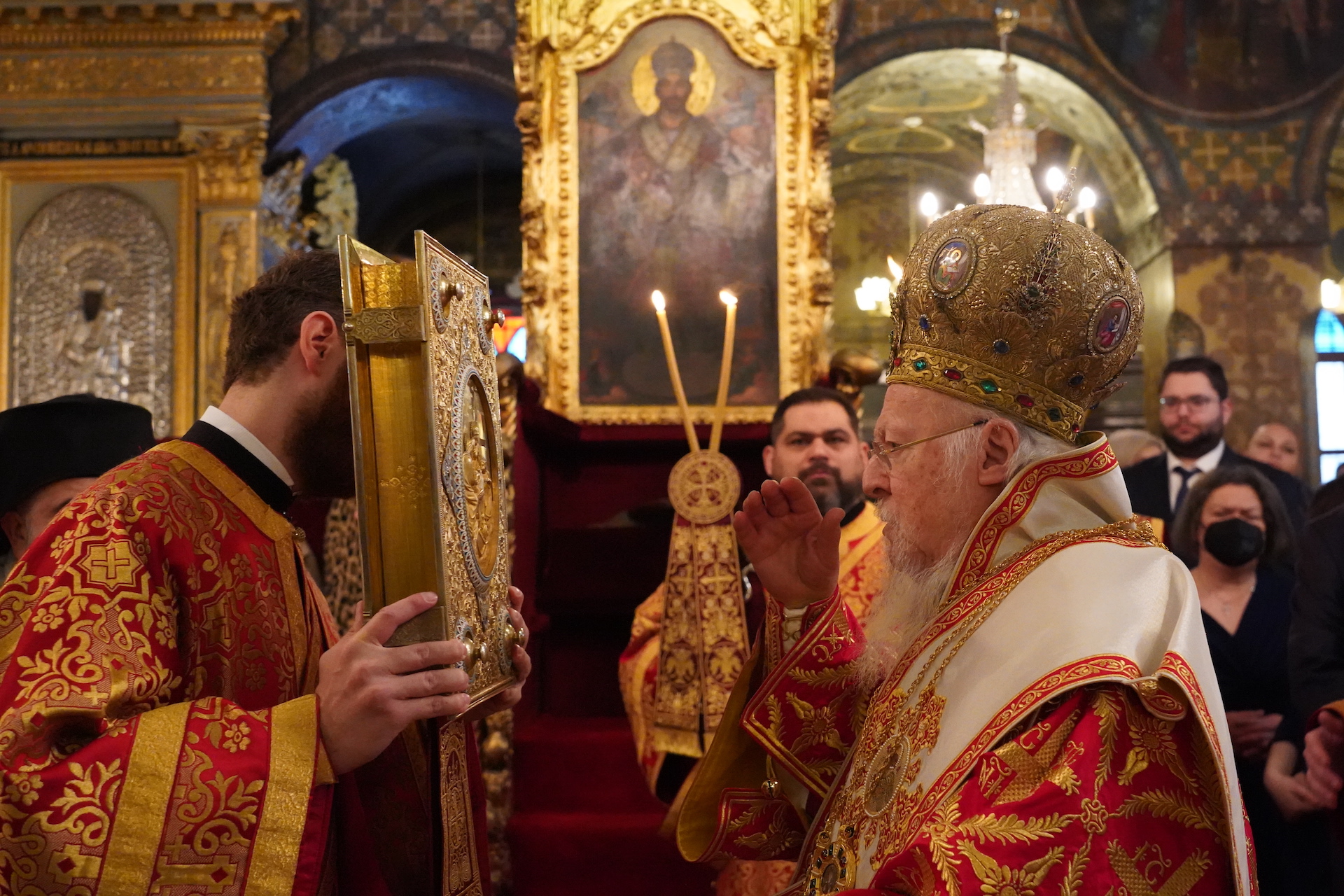 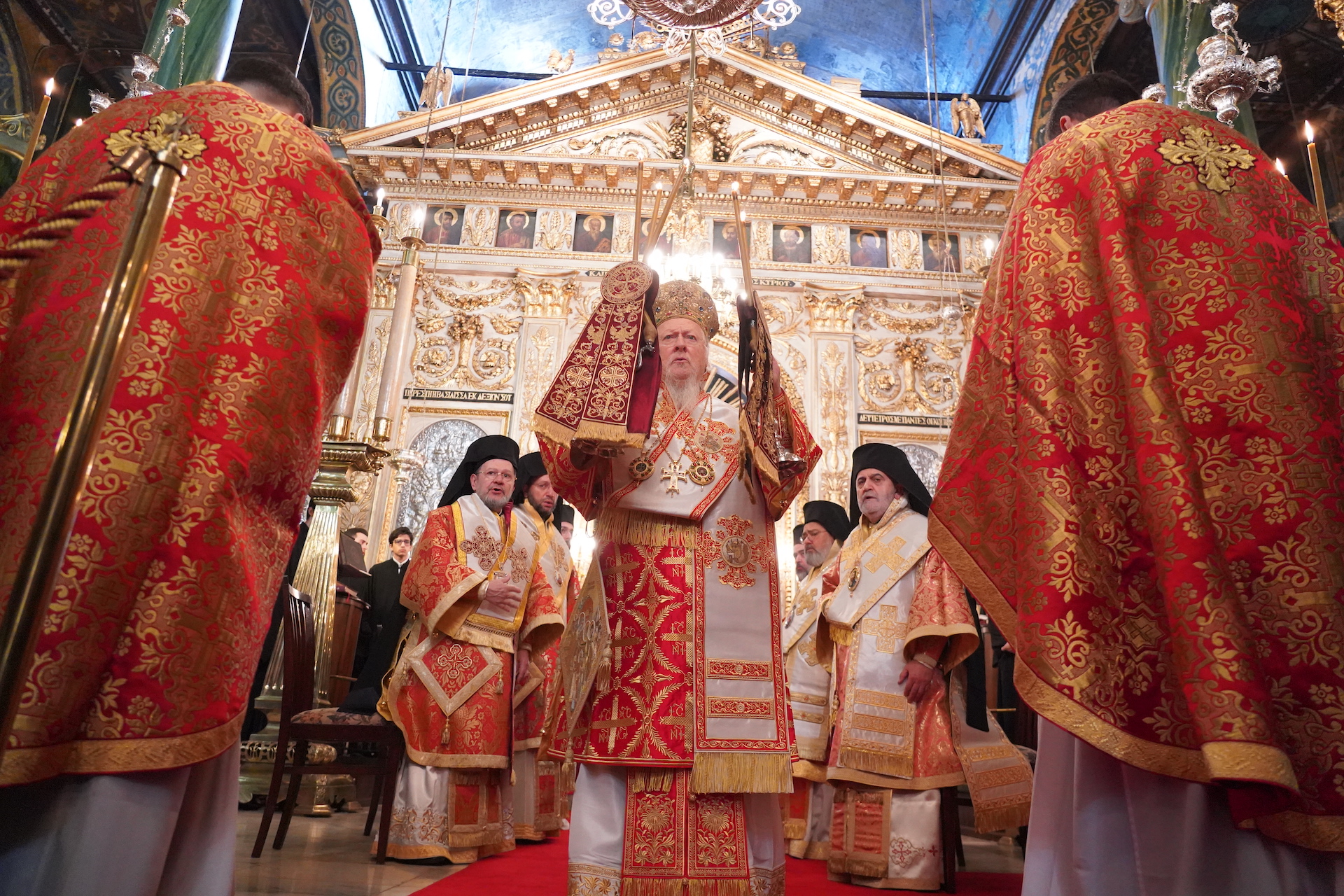 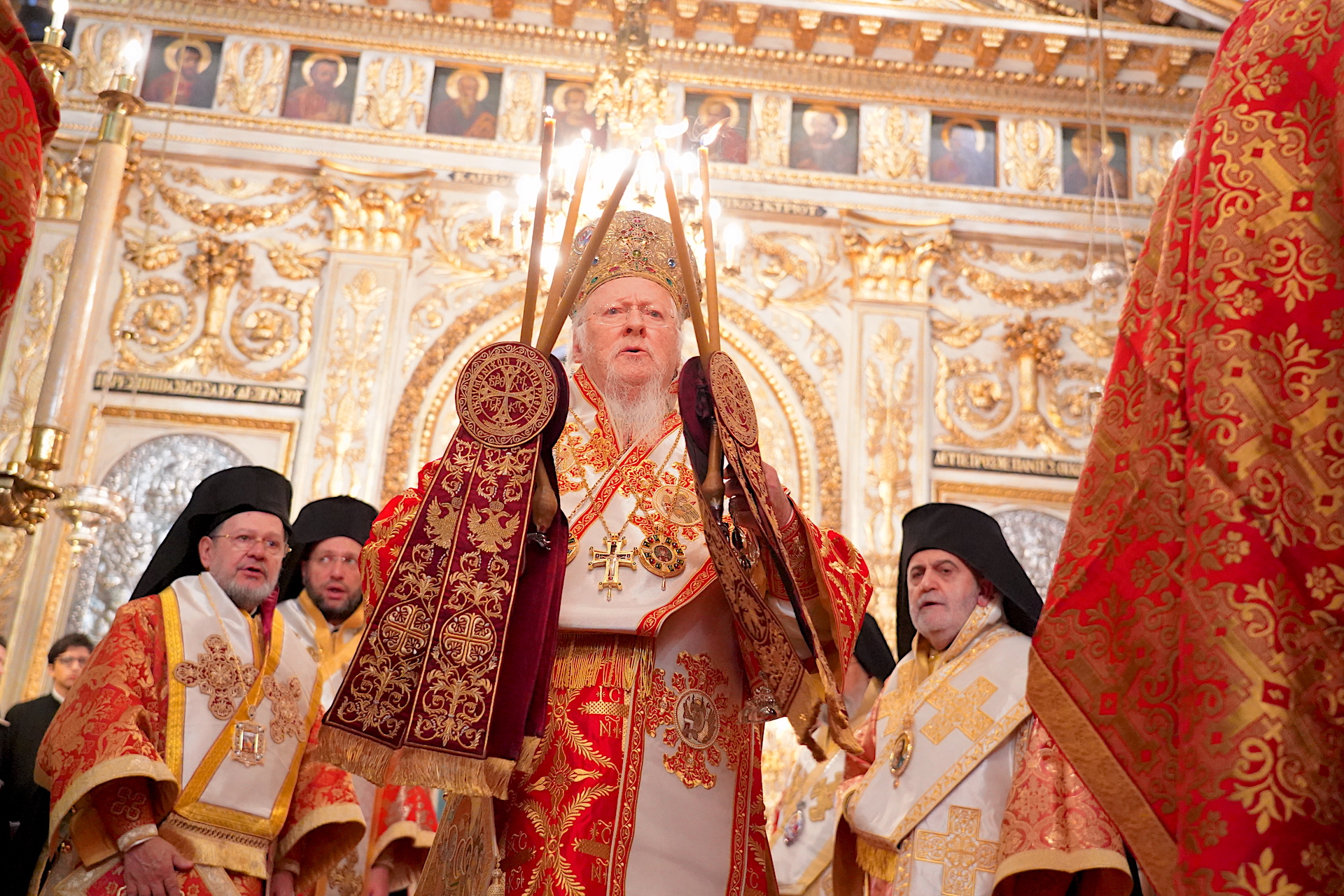 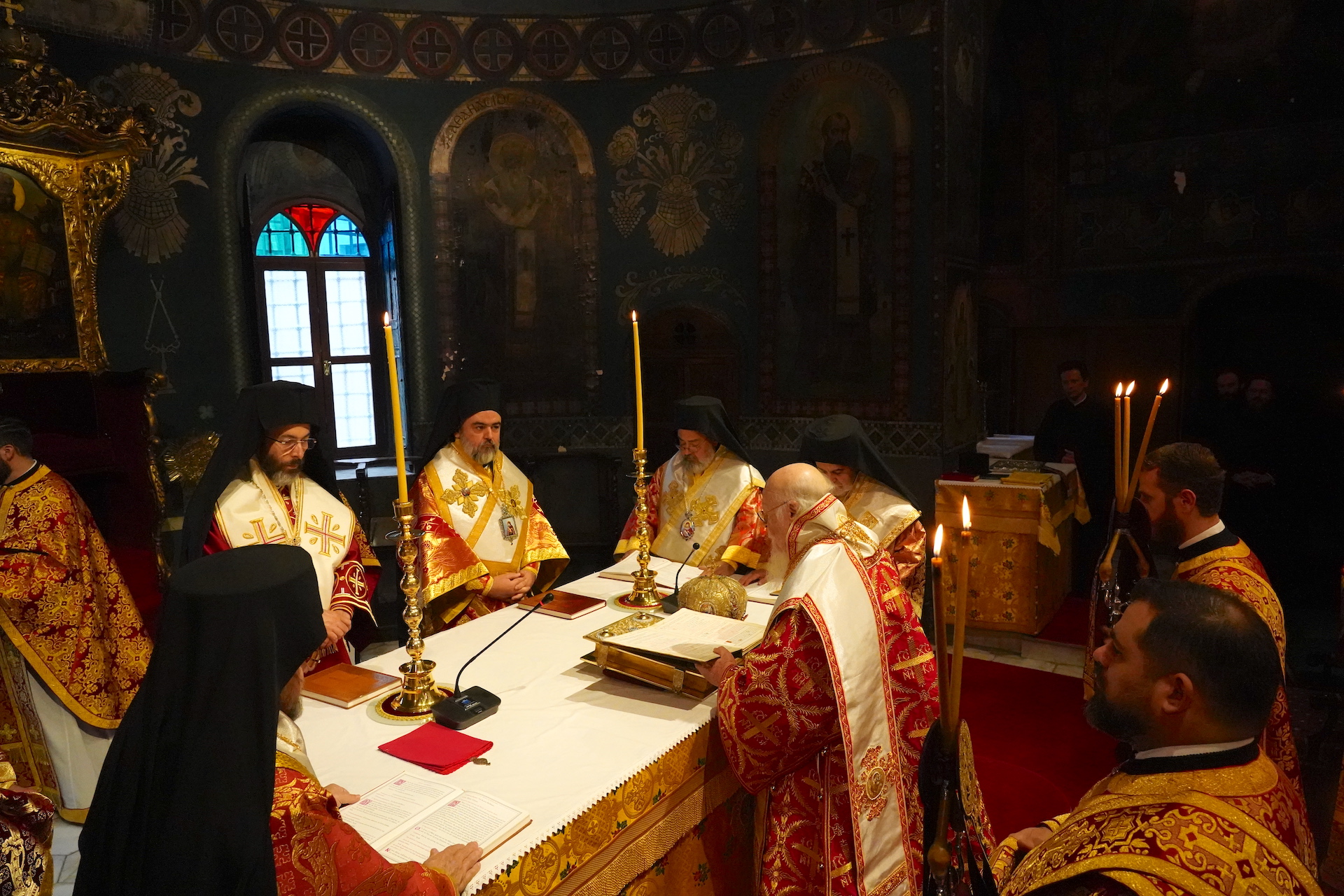 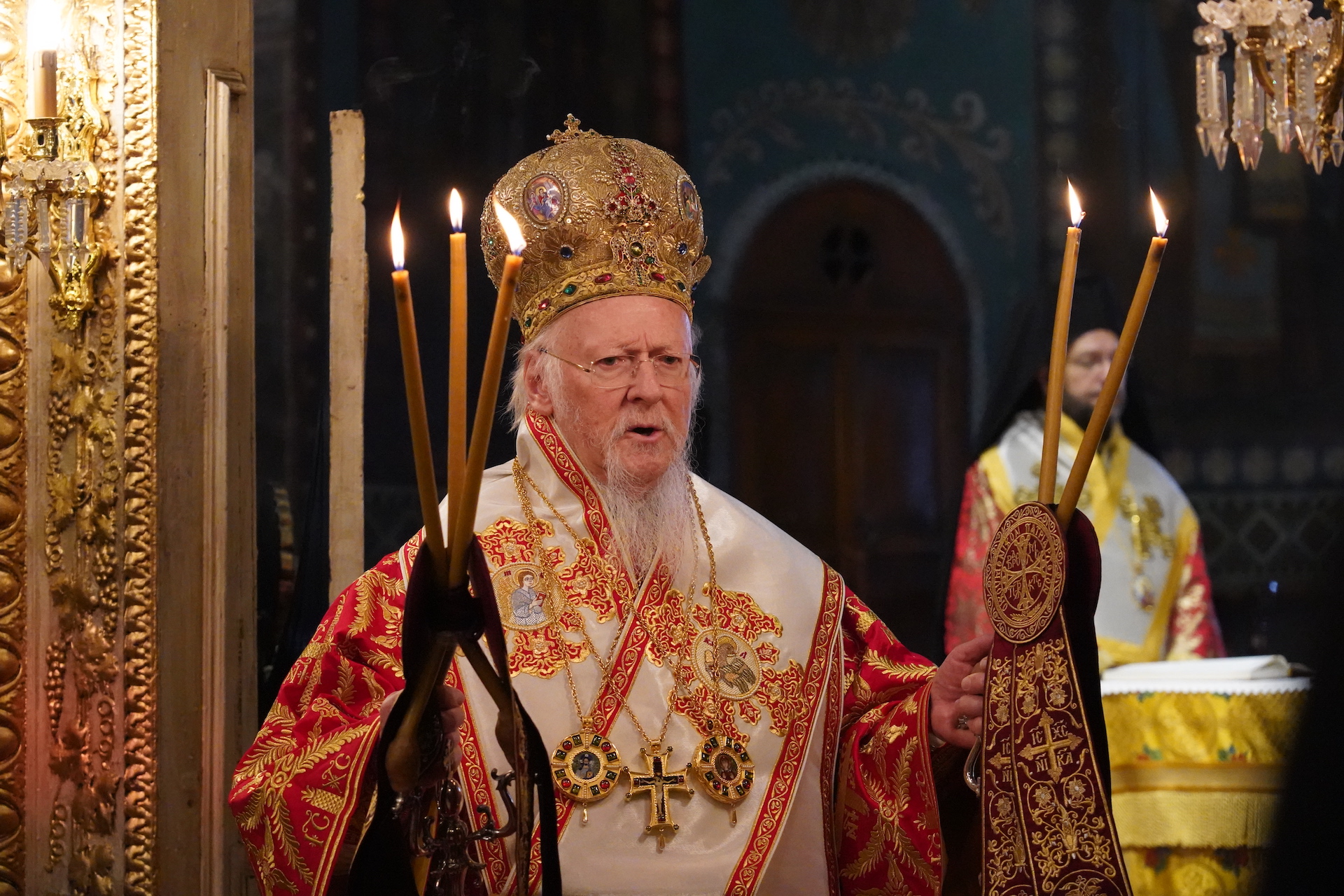 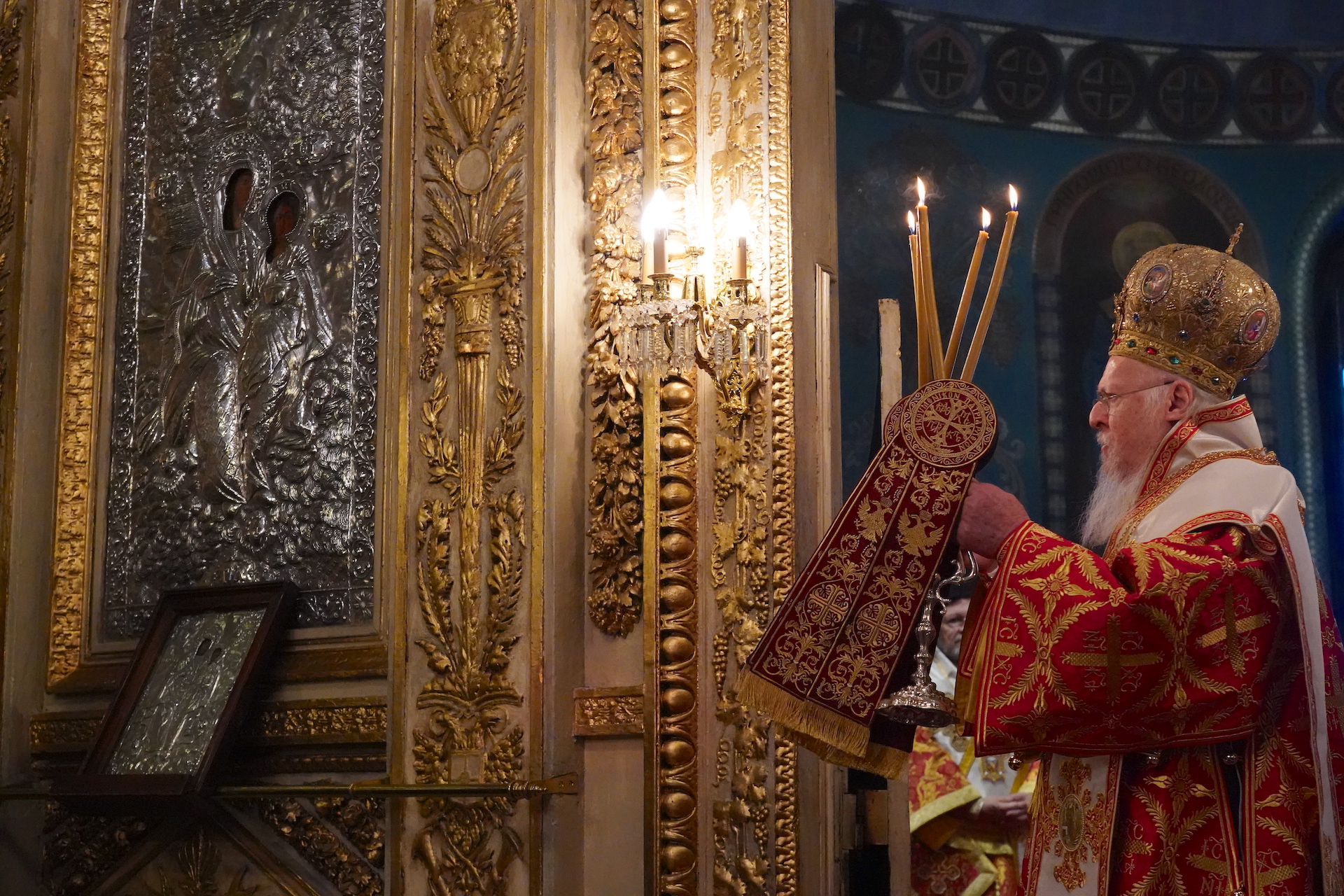 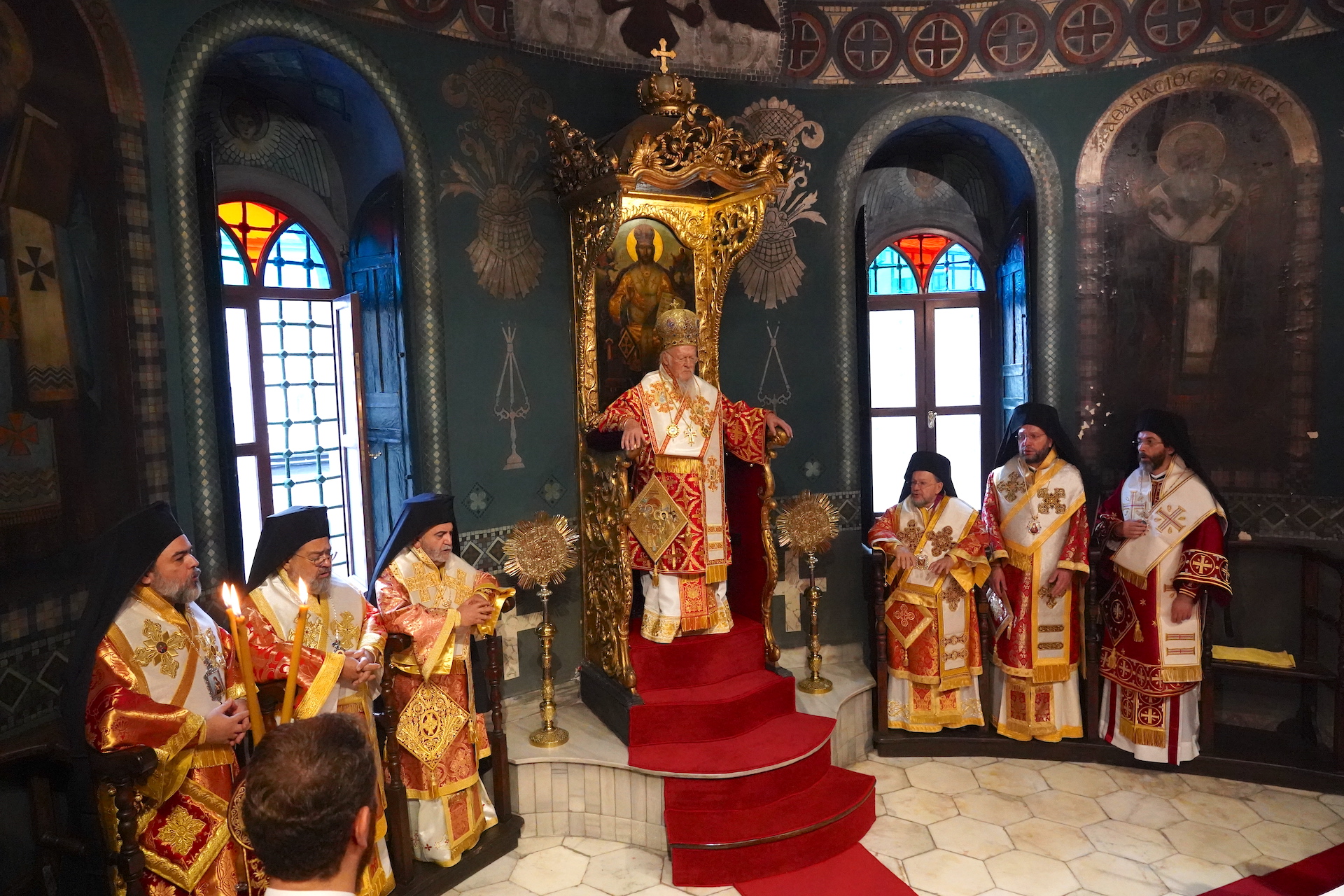 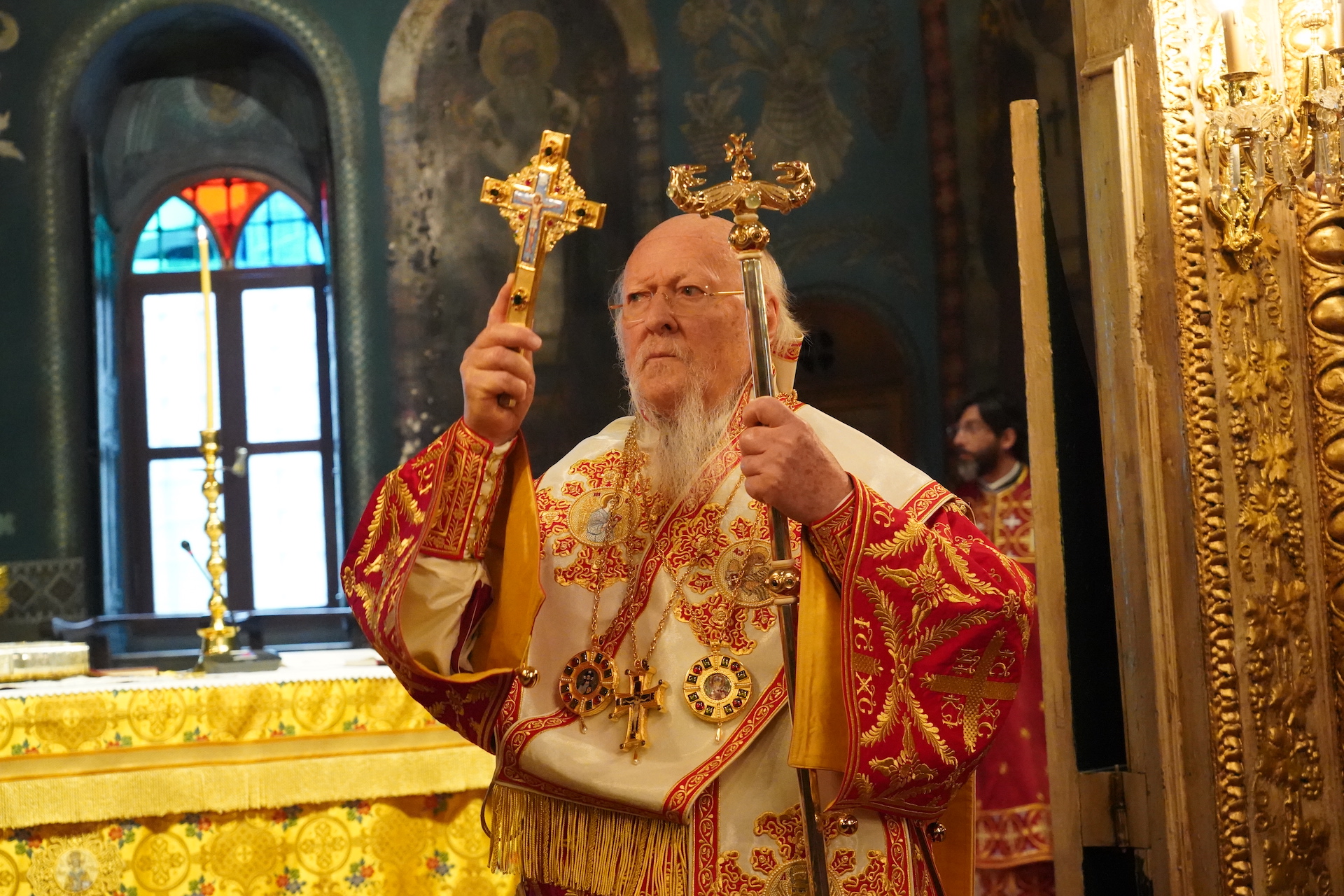 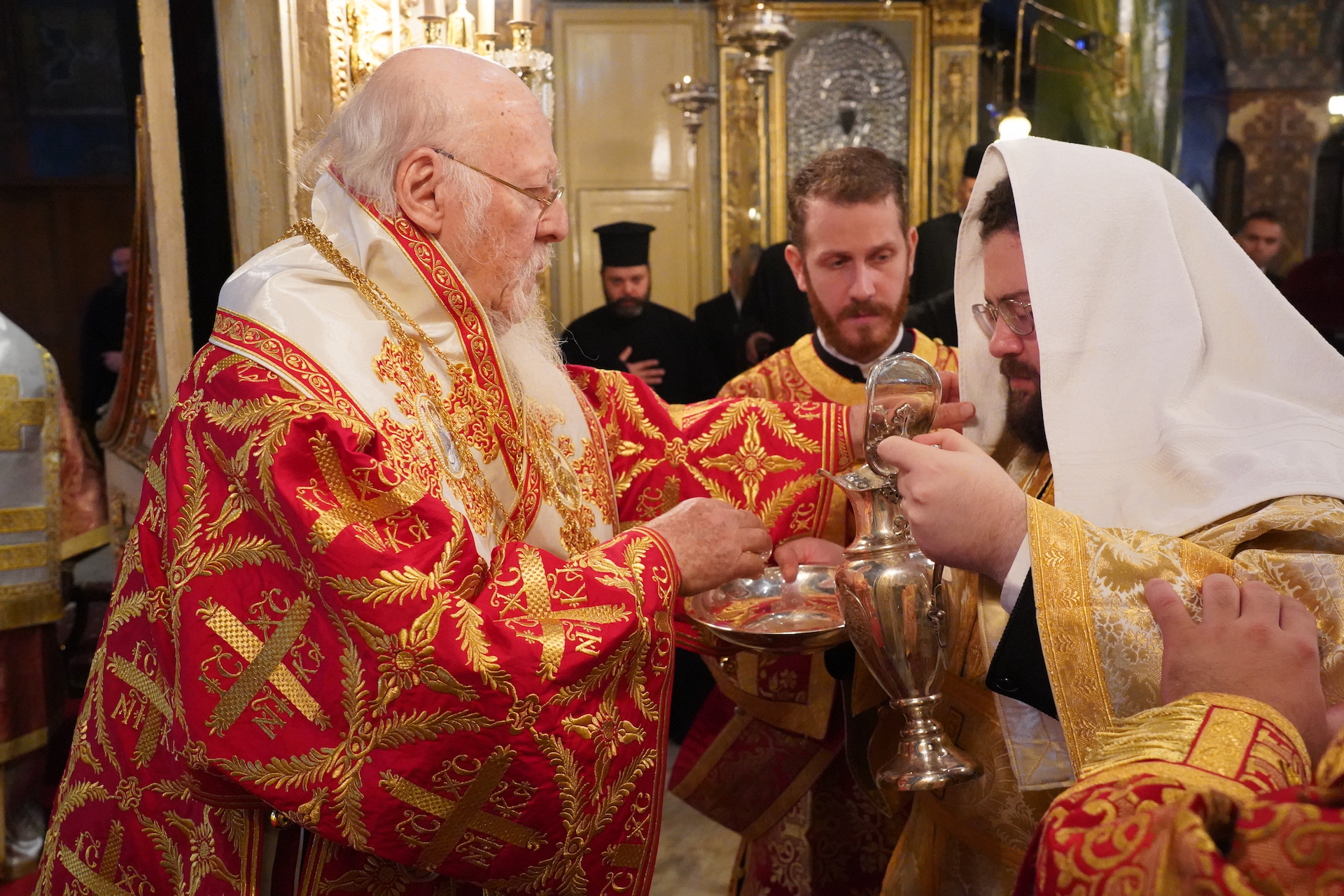 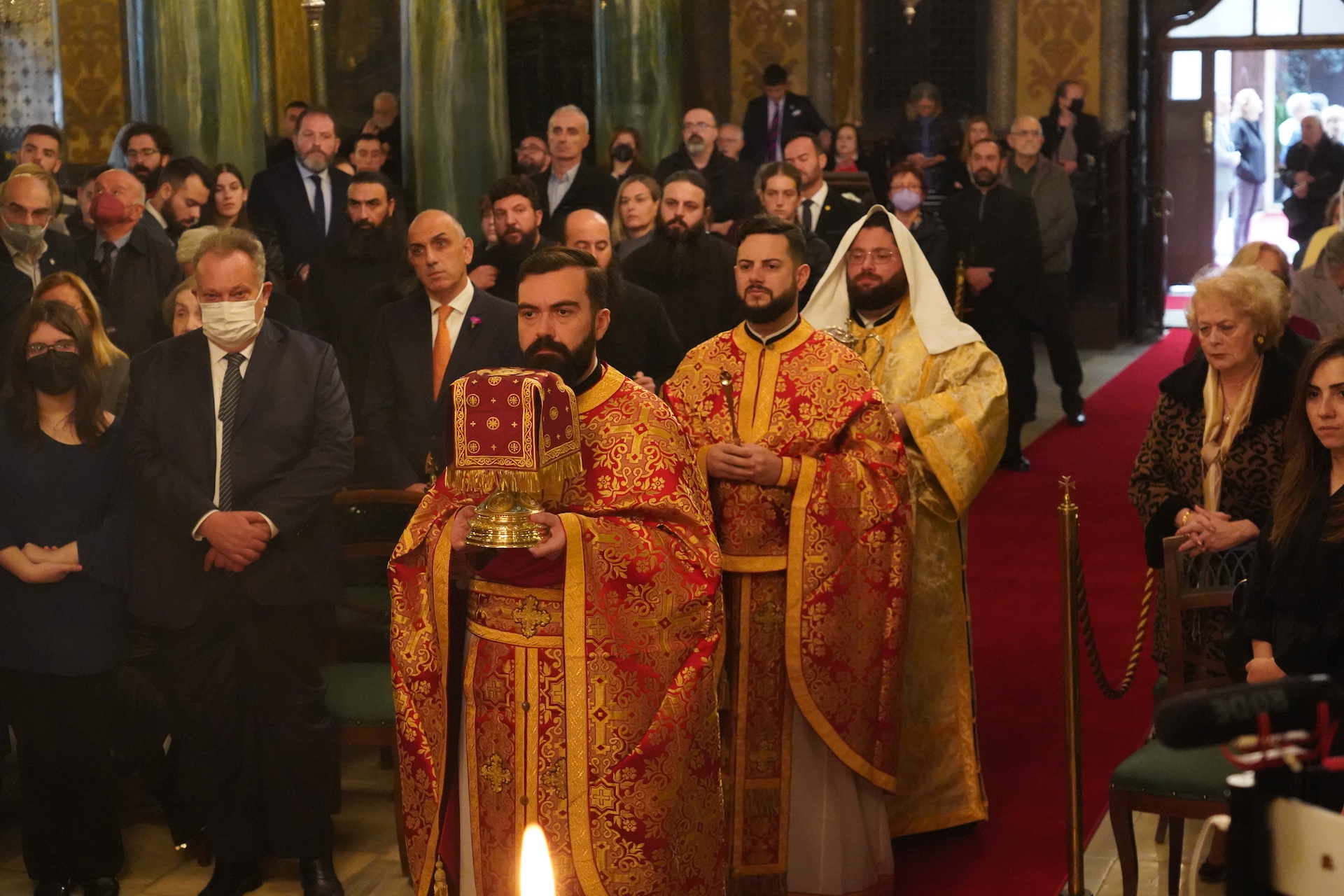 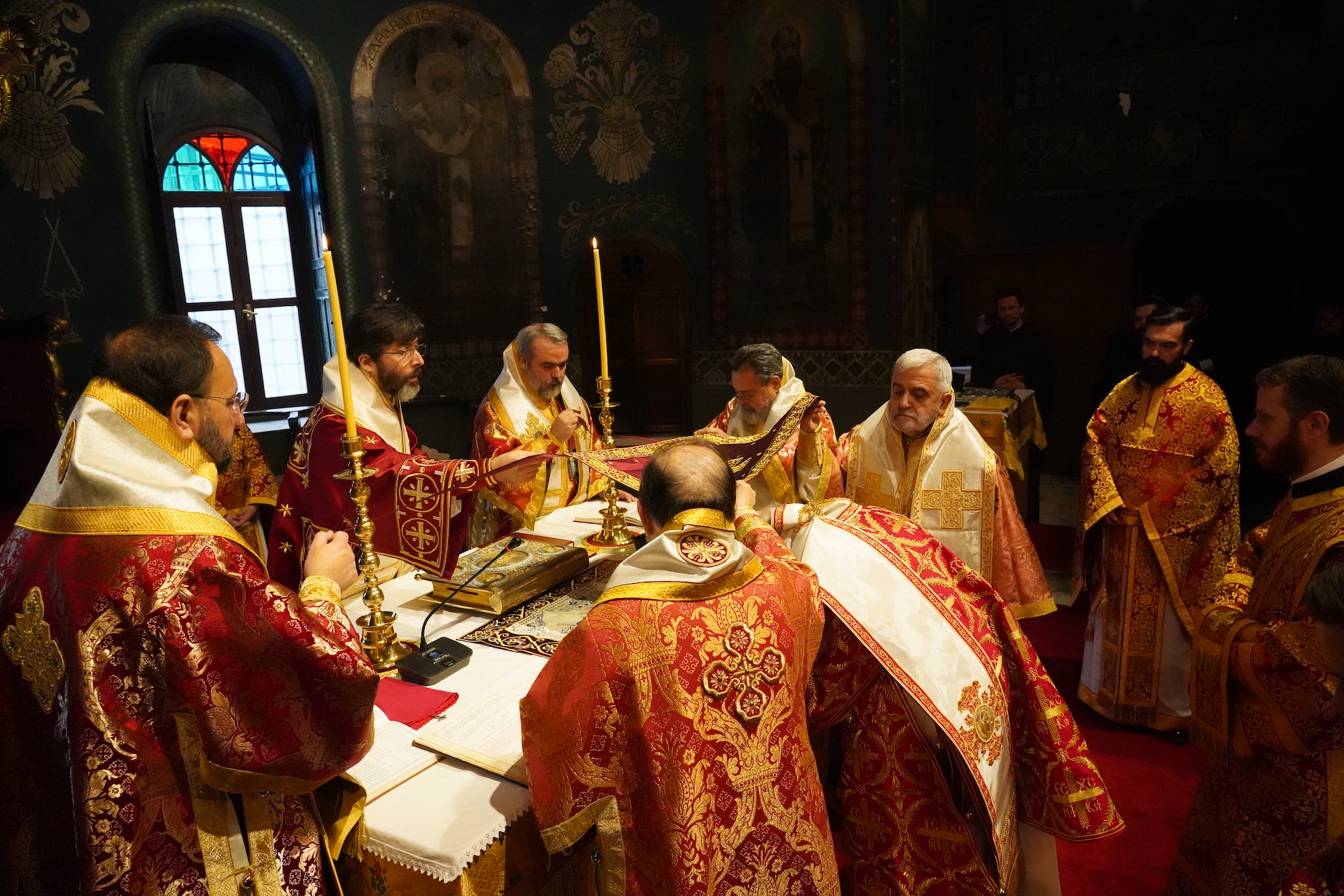 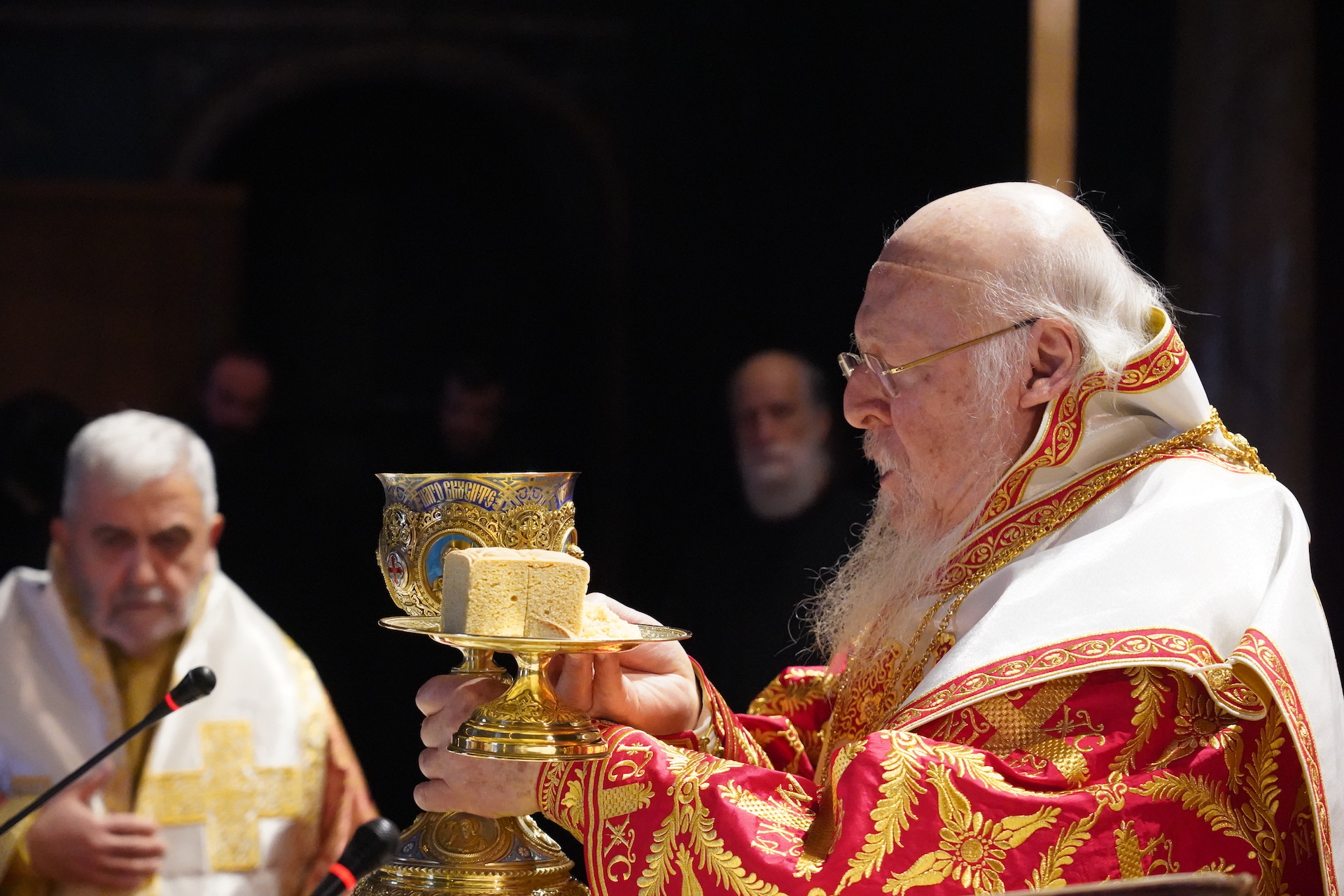 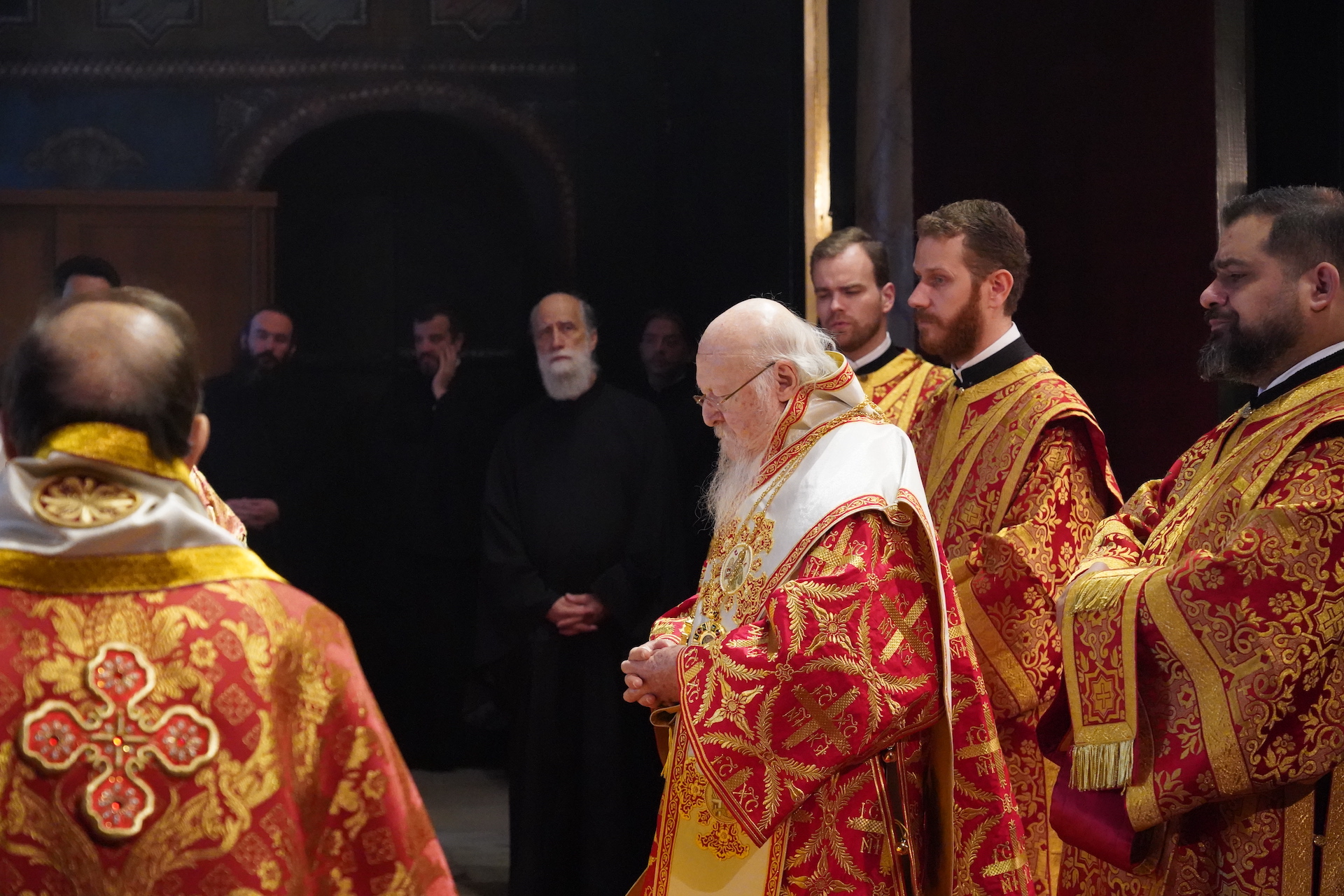 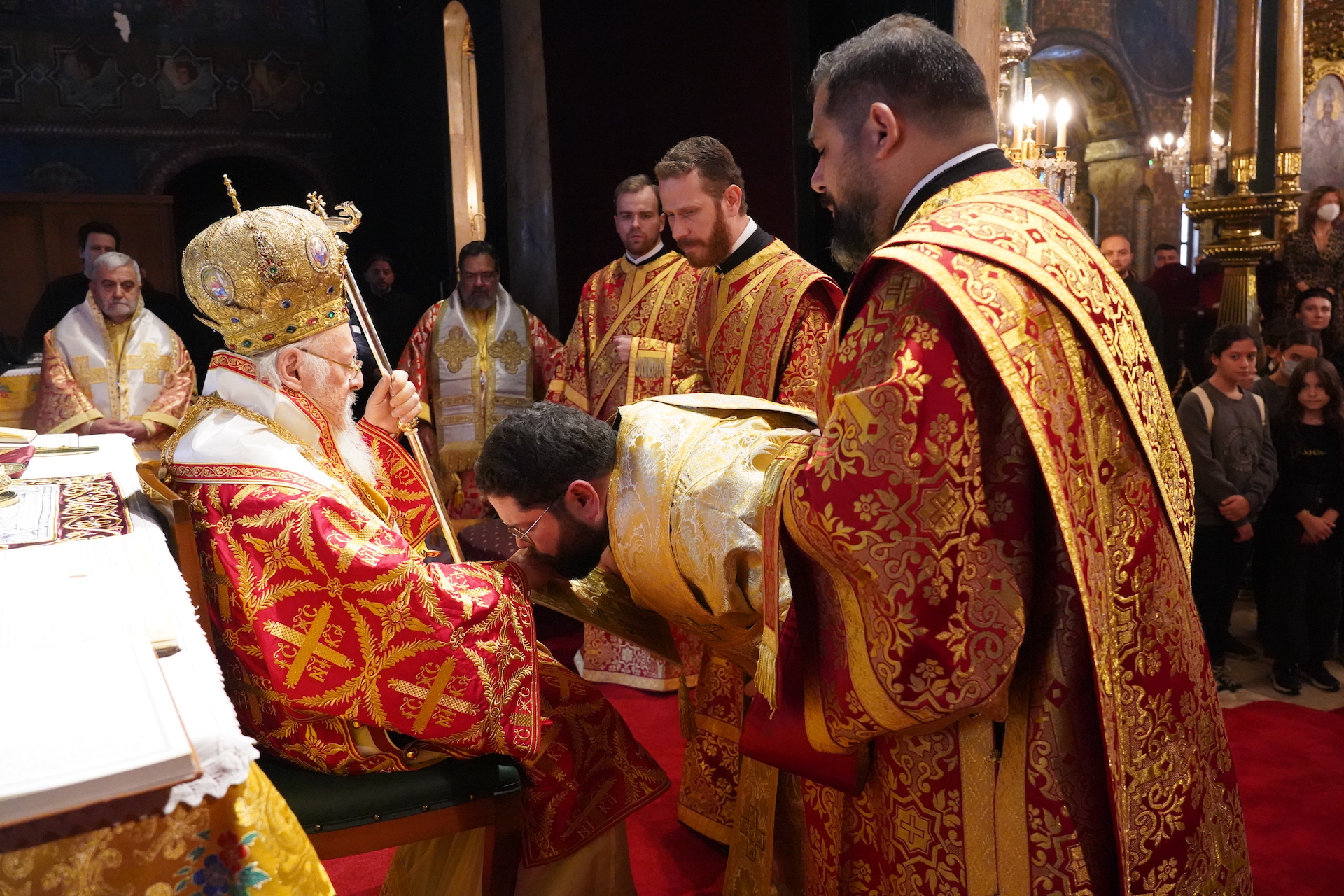 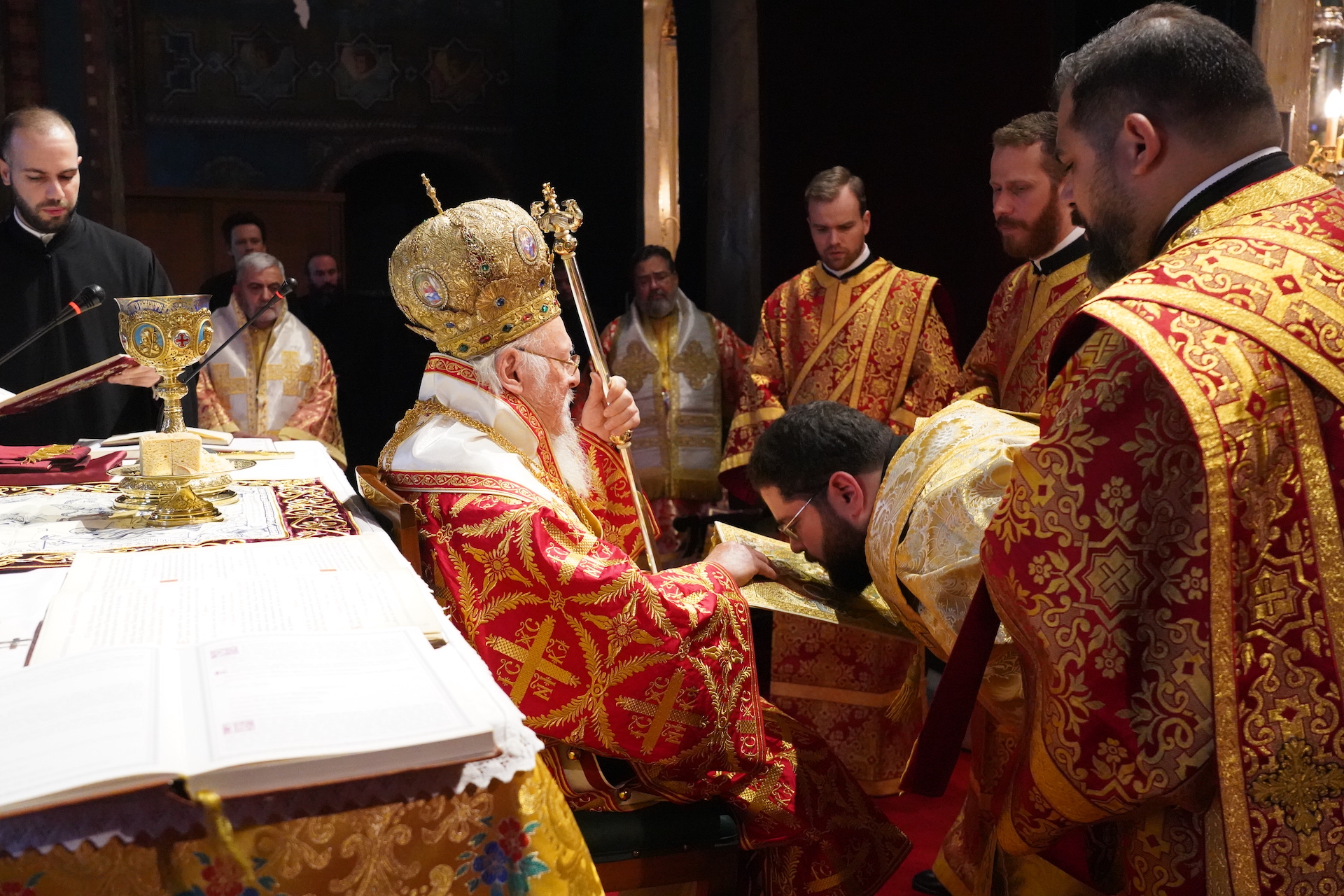 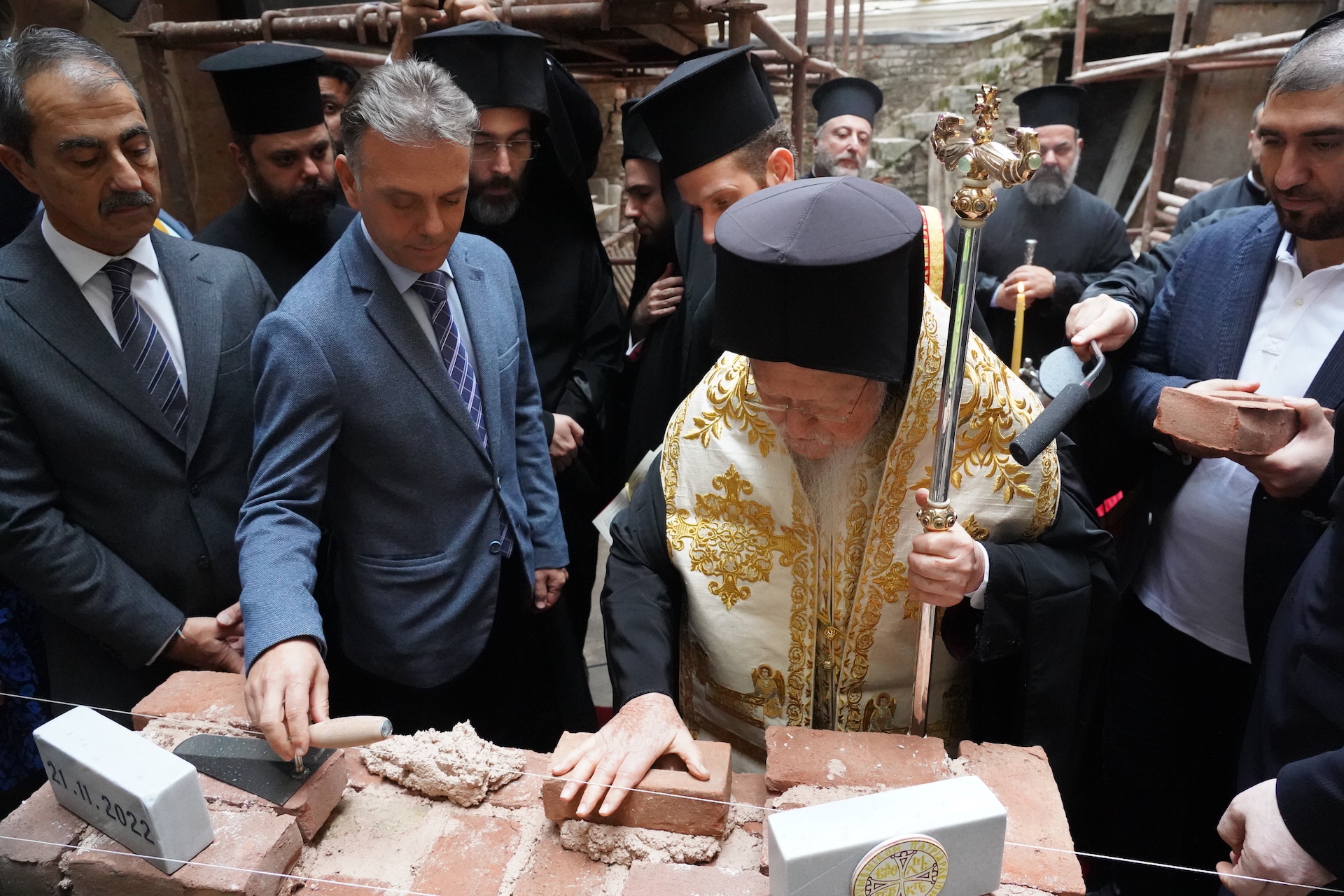 Cyprus: These are the candidates for the Archdiocesan Elections