At noon on Sunday, October 24, 2021, a Hellenic Air Force Delegation was led by its Vice-Admiral, George Blioumis, while in Israel for cooperation in the Aviation field, visited the Patriarchate of Jerusalem.

In this meeting, the Patriarch of Jerusalem expressed His joy and respect for the visit, especially during this time of the pandemic and it becomes encouraging for the mission of the Patriarchate and the Brotherhood, who are the guardians of the treasures of Orthodoxy and our Nation in the Holy Land. Patriarch Theophilos wished for the protection of the Holy Sepulchre in the mission of the Hellenic Air Force for the protection of our country.

Thanking for this appreciation and His Beatitude’s wishes, Colonel Blioumis said this visit is the paying off debt to the Patriarchate by the Hellenic Air Force, because he considers the Patriarchate the trustee of the cultural principals of our nation and guardian of peace in the Holy Land, and explained that the Hellenic Air Force protects it, based on the principles of training, experience, and technology.

In remembrance of this visit, Blioumis offered the Patriarch of Jerusalem the emblem of the Hellenic Air Force, “αἰέν συγκρατεῖν”, expressing the attitude of the force as “deterrent, defensive, for peace security”, the four-star board of the leader and a calligraphic pen.

Patriarch Theophilos offered Admiral Blioumis an icon of the Theotokos of Gethsemane and of the renovated Sacred Edicule and a pectoral cross, and blessings from Jerusalem for the members of the Delegation.

Accompanied by Elder Dragoman Archimandrite Mattheos and Evangelos Vlioras, the Delegation visited the Holy Sepulchre for veneration and they were all welcomed by Geronda Sacristan, Archbishop Isidoros of Hierapolis. The Delegation and Vlioras finally visited the Basilica of the Nativity in Bethlehem and the God-receiving Cave, where they were welcomed by the Assistant Patriarchal Representative, Archimandrite Polykarpos. 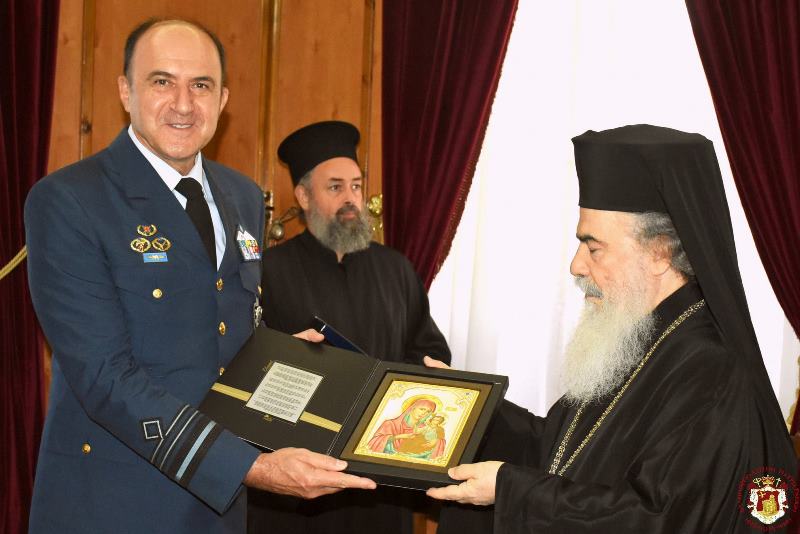 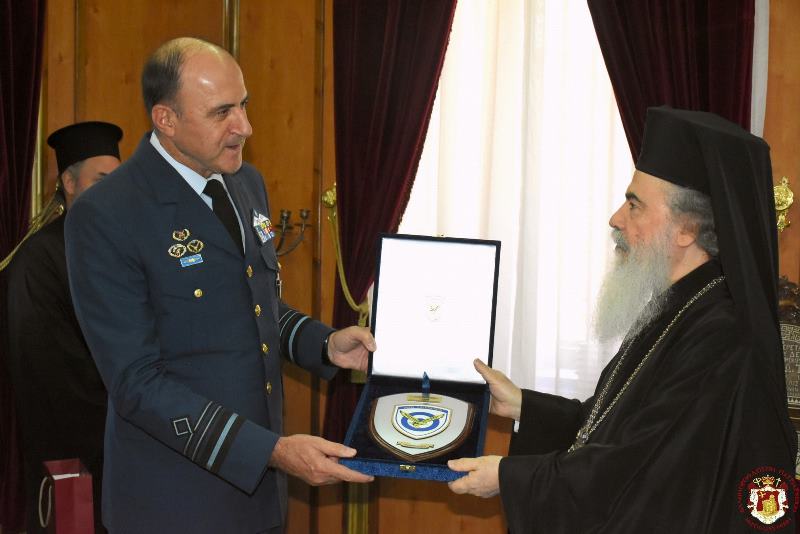 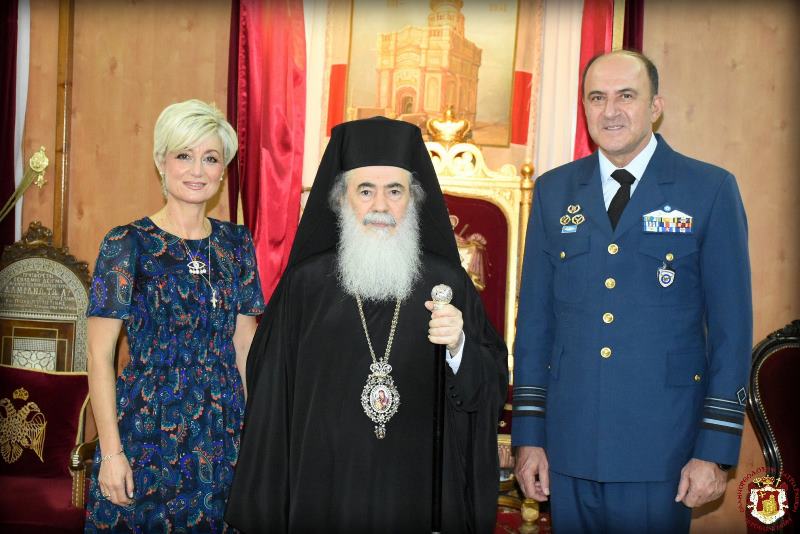 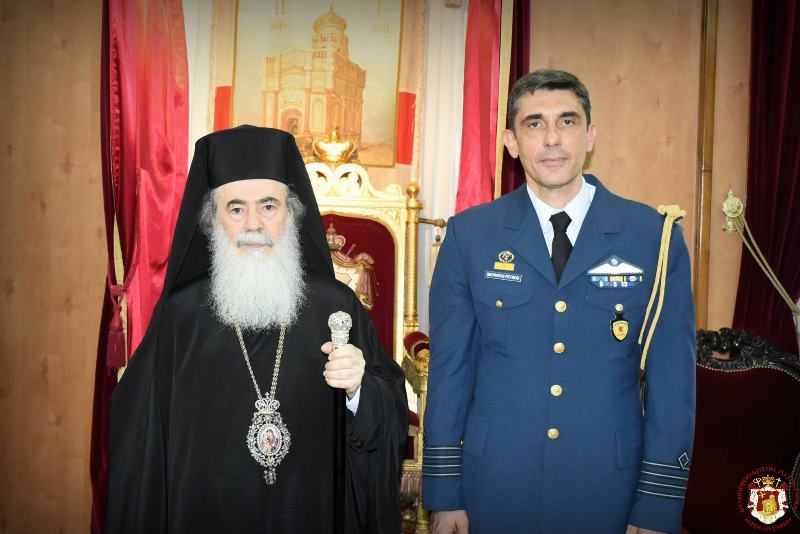 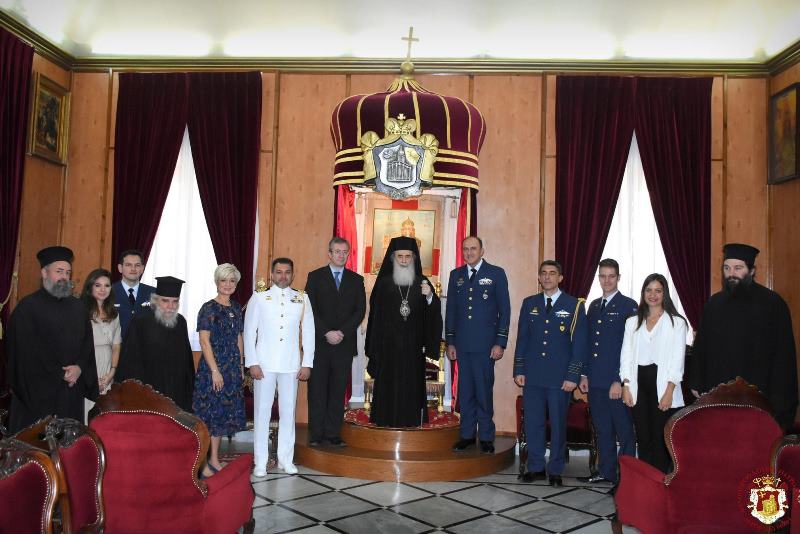