Ecumenical Patriarch Bartholomew had a series of meetings yesterday, during the first day of his visit to Greece.

Yesterday, he met with the new US Ambassador to Greece, George J. Tsunis, who was accompanied by the US Consul General in Thessaloniki, Elisabeth Lee.

Ecumenical Patriarch Bartholomew recalled that the new US ambassador “comes from the beloved and successful Greek community of America” and expressed his joy and satisfaction with the visit.

“We are glad because we are of the same genus,” said Patriarch Bartholomew and added: “When the news of the appointment came to Athens as an ambassador of the great American Confederacy, everyone at the Patriarchate was pleased, of course, everyone here in Greece.”

The Ecumenical Patriarch wished the Ambassador during his tenure in Greece “the already very good relations between Greece and America to be improved and promoted even more for the good of the two countries, but also for stability and peace in the region here, in the Balkans, in the Eastern Mediterranean, where the seat of the Ecumenical Patriarchate is located” and added:

“What is happening in our surroundings certainly has an impact on the life and activity of the Ecumenical Patriarchate, which is why we wish for stability and peace and good and creative cooperation between Greece and Turkey and more broadly in this area, in this region of the world.”

Patriarch Bartholomew in turn thanked him for the honor. Tsunis in the past was honored with the offikion of the Lord of the Great Church of Jesus Christ.

The Ecumenical Patriarch also visited the Christian Brotherhood of Young People of Thessaloniki and participated in an event in his honor, on the occasion of more than a century since its foundation.

Ecumenical Patriarch Bartholomew expressed his joy for the awarding of the gold medal of YMCA Thessaloniki to him and the institution, saying: “When the Patriarch is honored, the honor belongs to the Patriarchate, which has kept for centuries the patriarchal legacy and traditions of the nation.”

After the event, the Ecumenical Patriarch, followed by his entourage, went to the Holy Metropolis of Thessaloniki and met with Metropolitan Anthimos.

Today, he will attend an International Conference organized by the Faculty of Theology of the Aristotle University of Thessaloniki on the occasion of the completion of his thirty years of continuous patriarchy on the Ecumenical Throne, and an event of the same University Foundation for the award of the doctorate in honor of Prof. Blasios Feidas.

In addition, he will ordain Chrysostomos Stamoulis, Dean of the Theological School, to an offikialio of the Ecumenical Patriarchate. 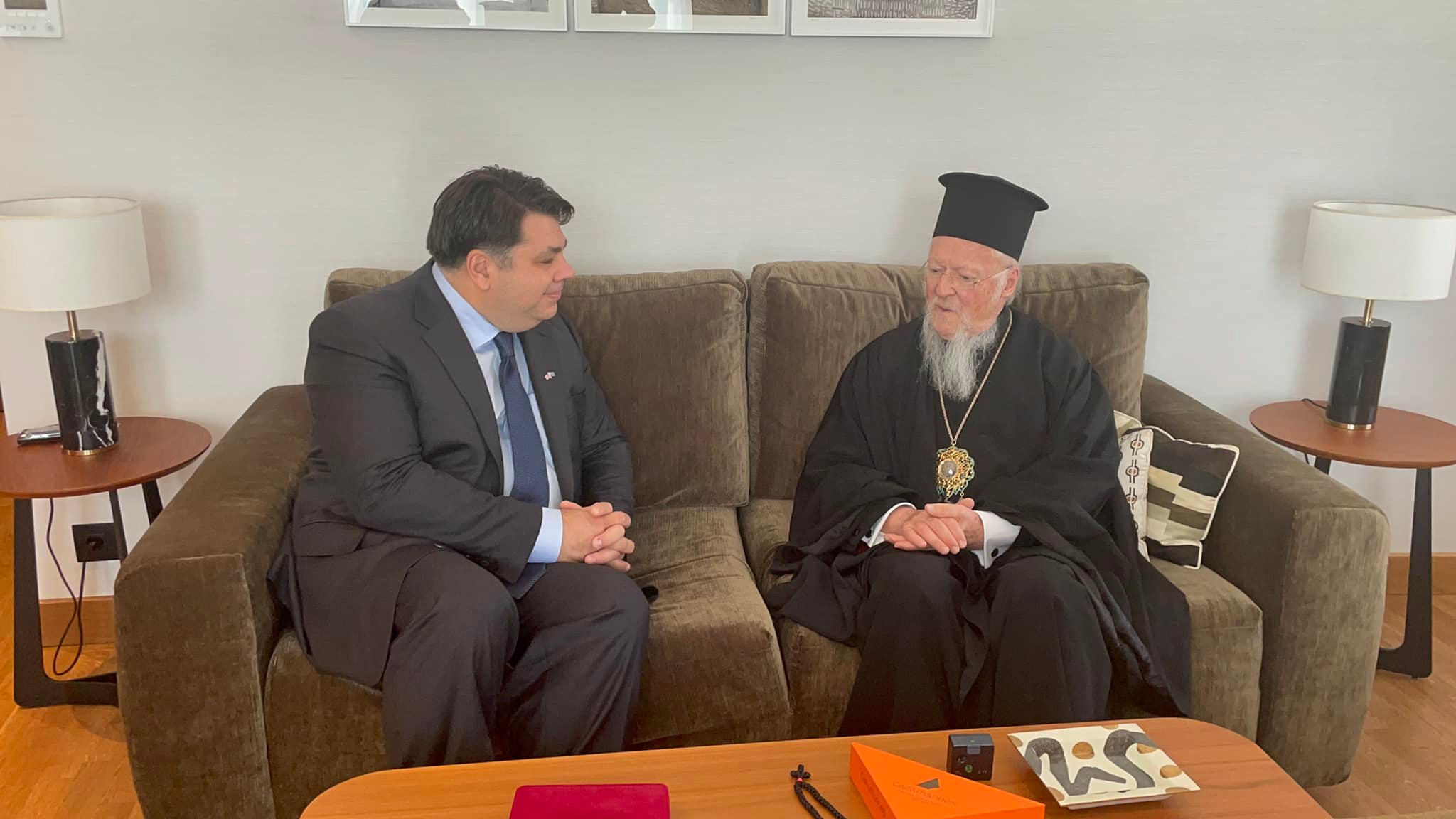 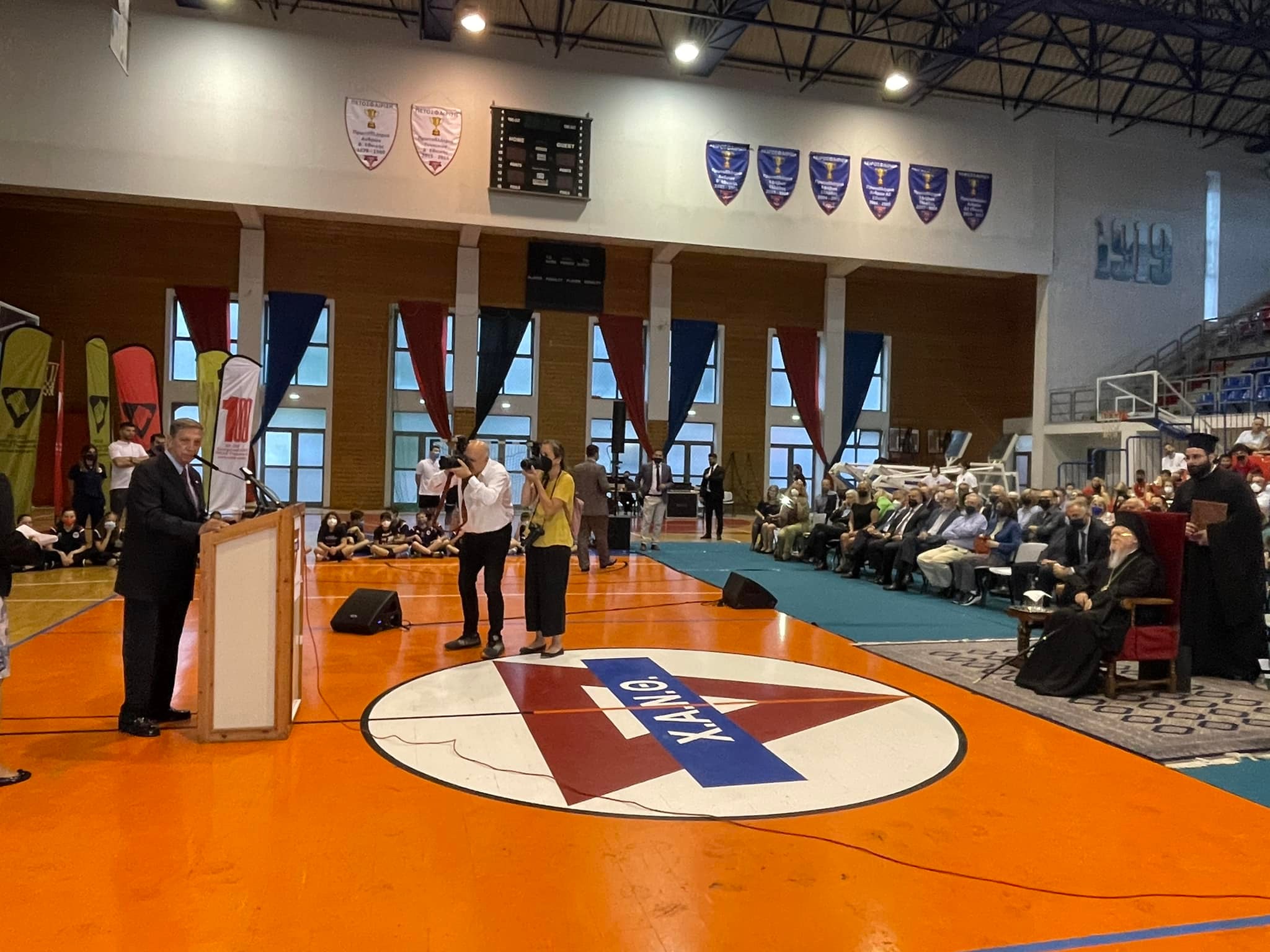 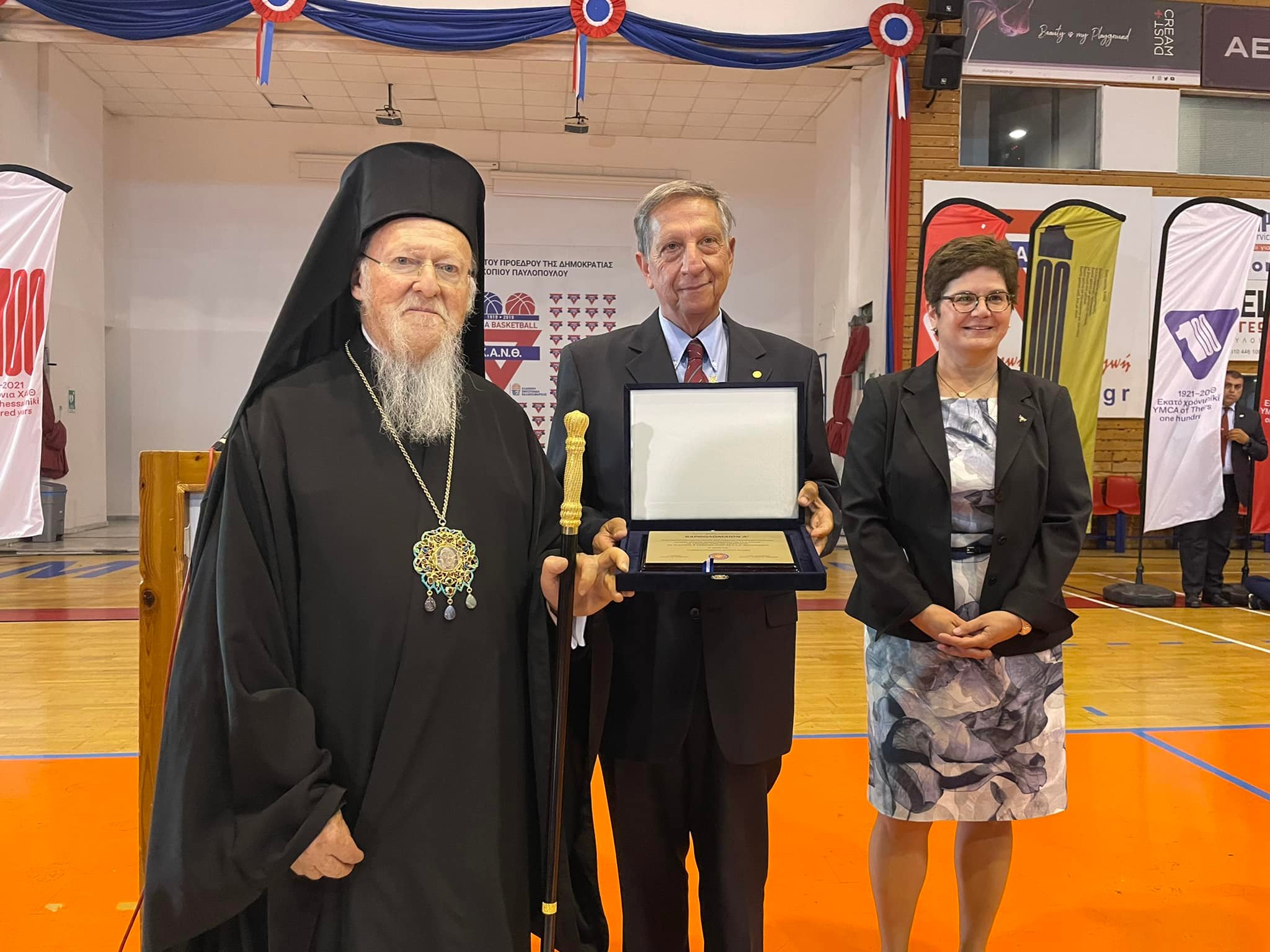 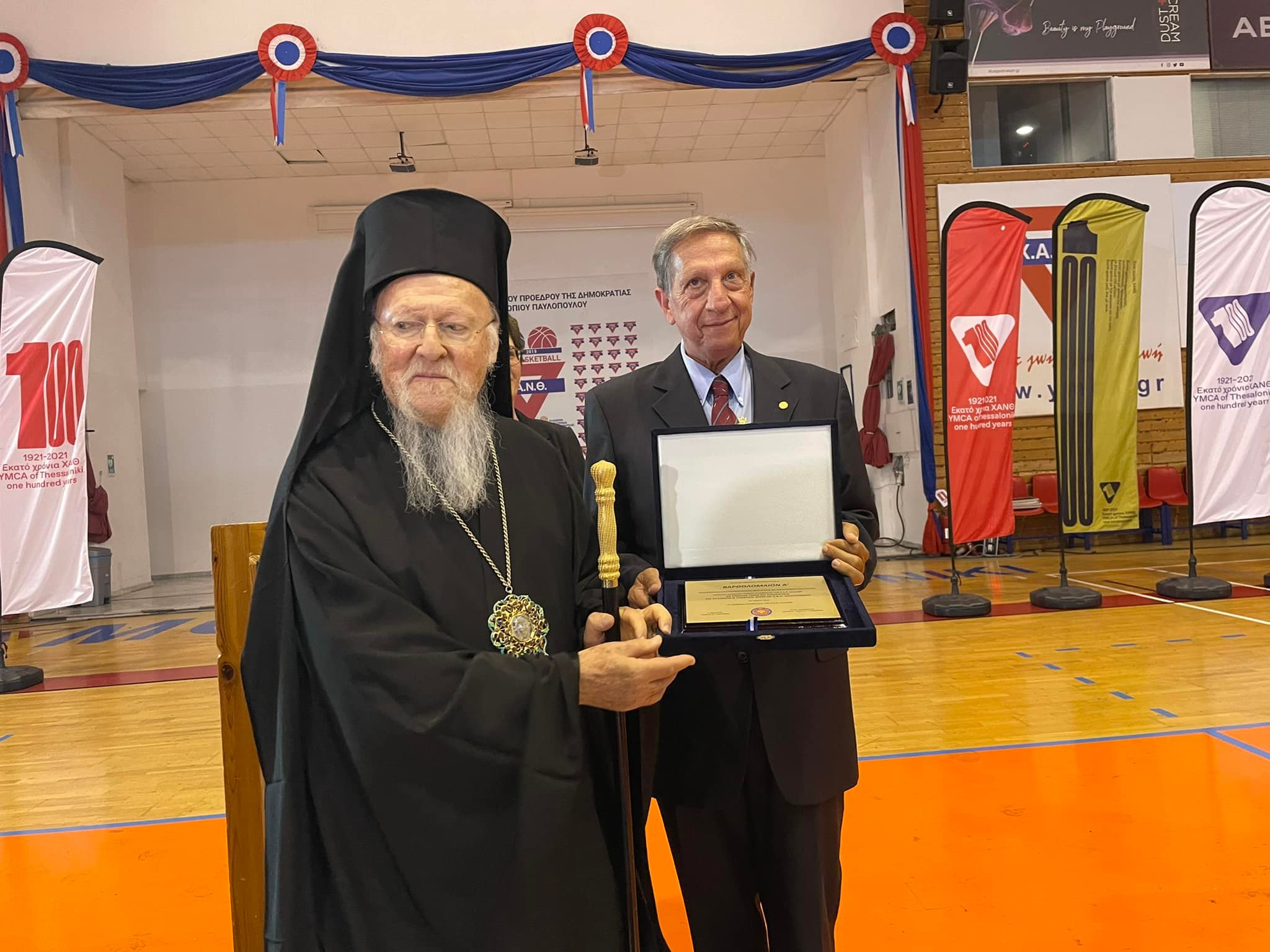 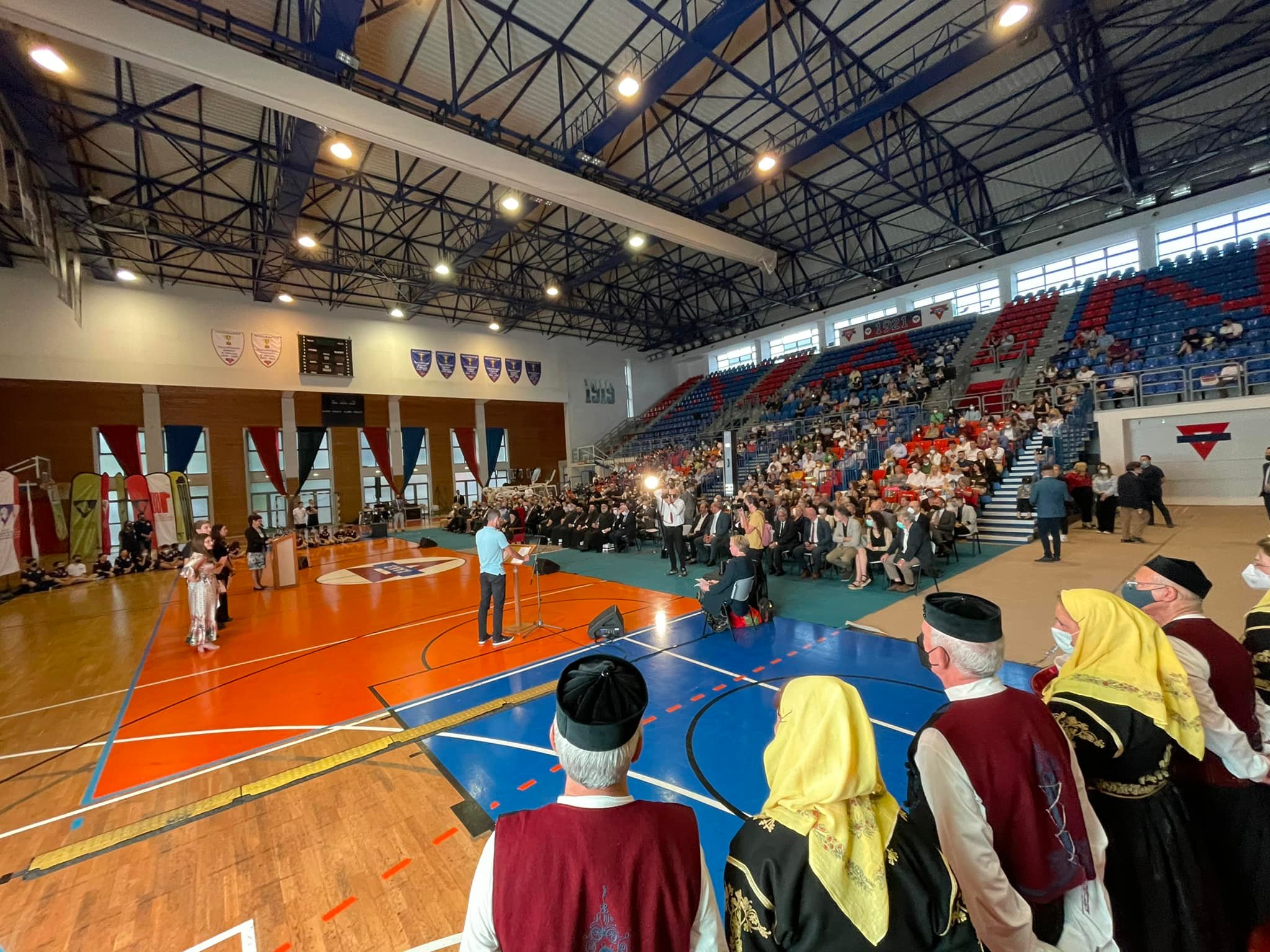 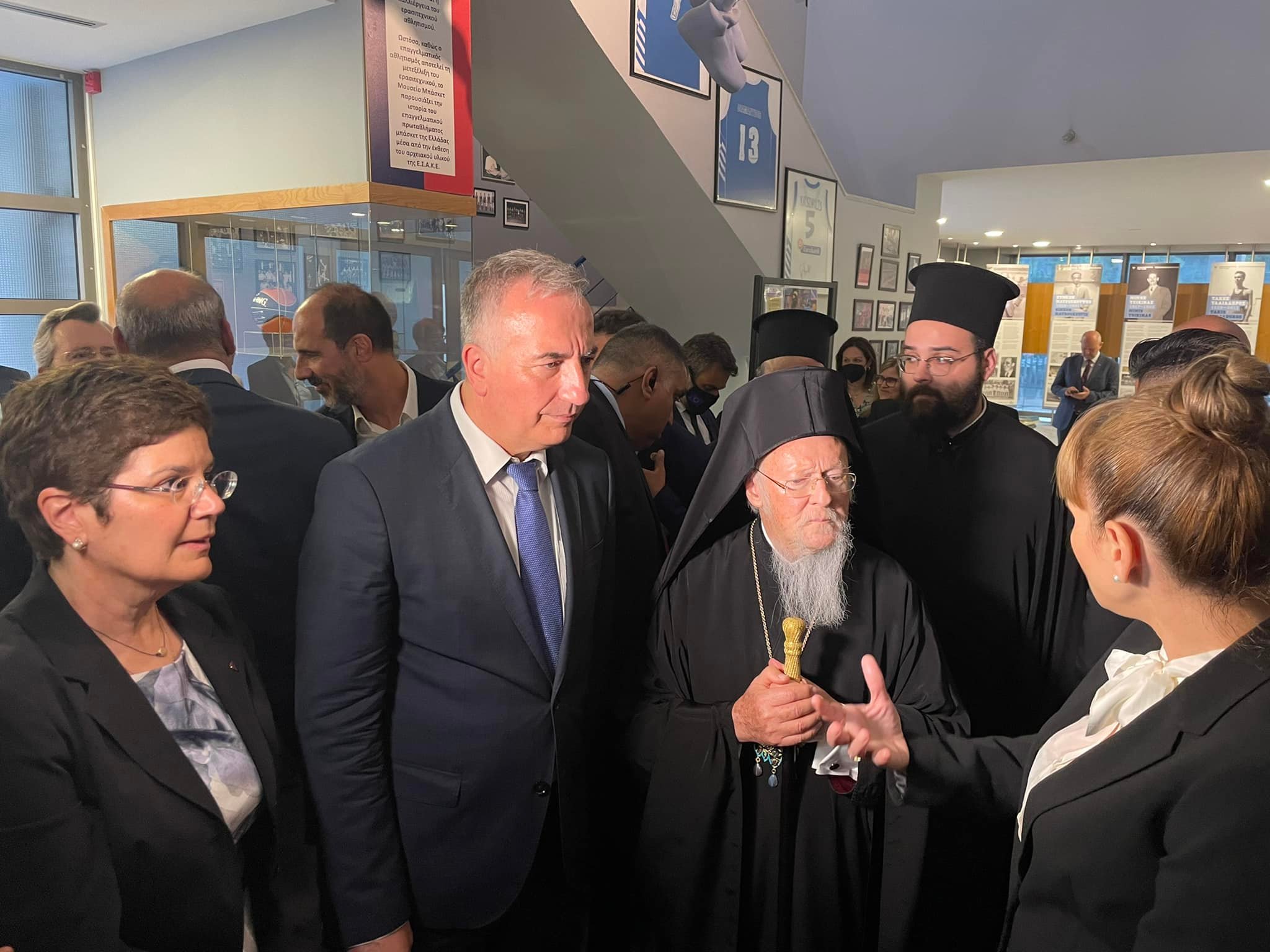 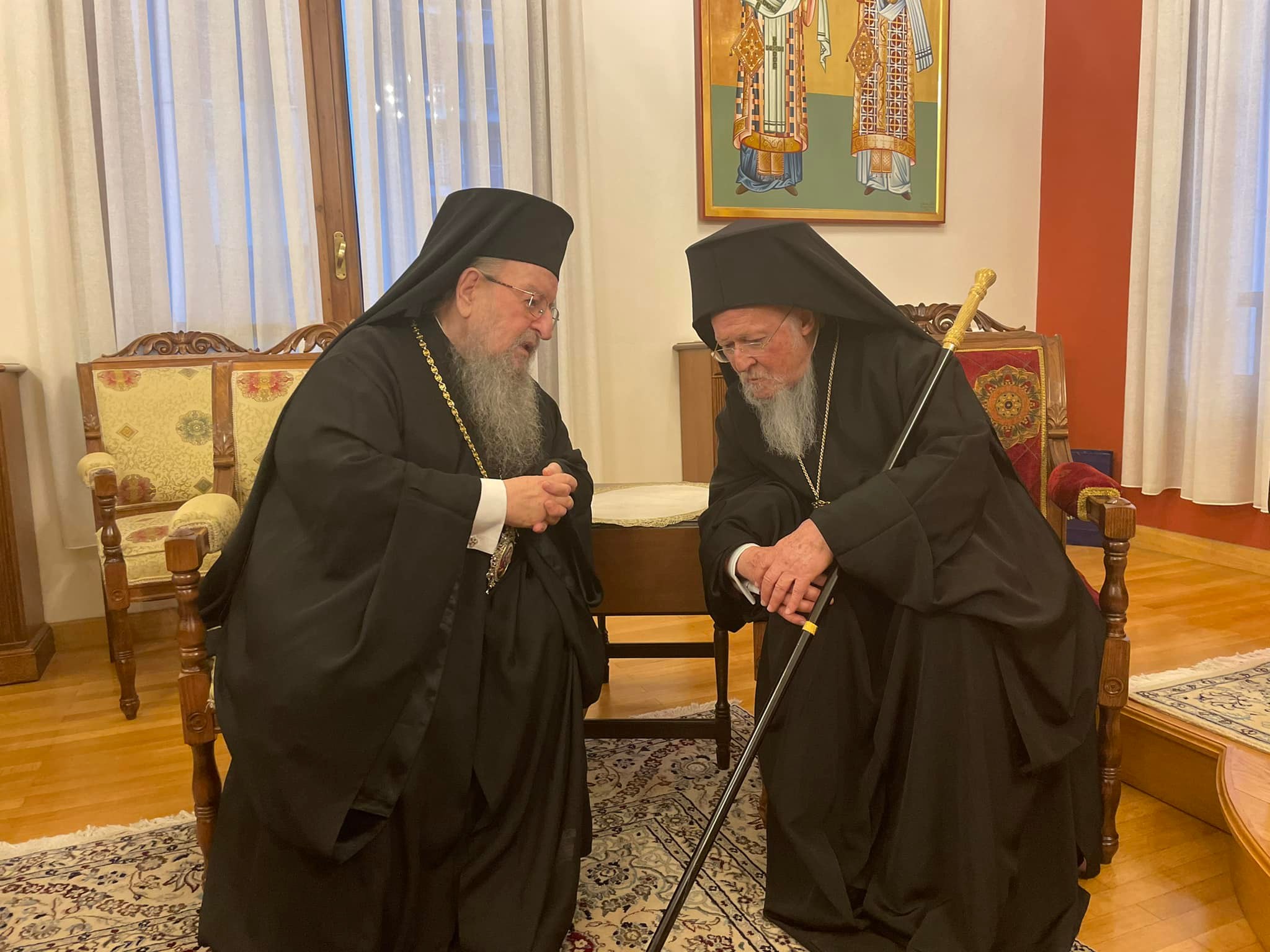 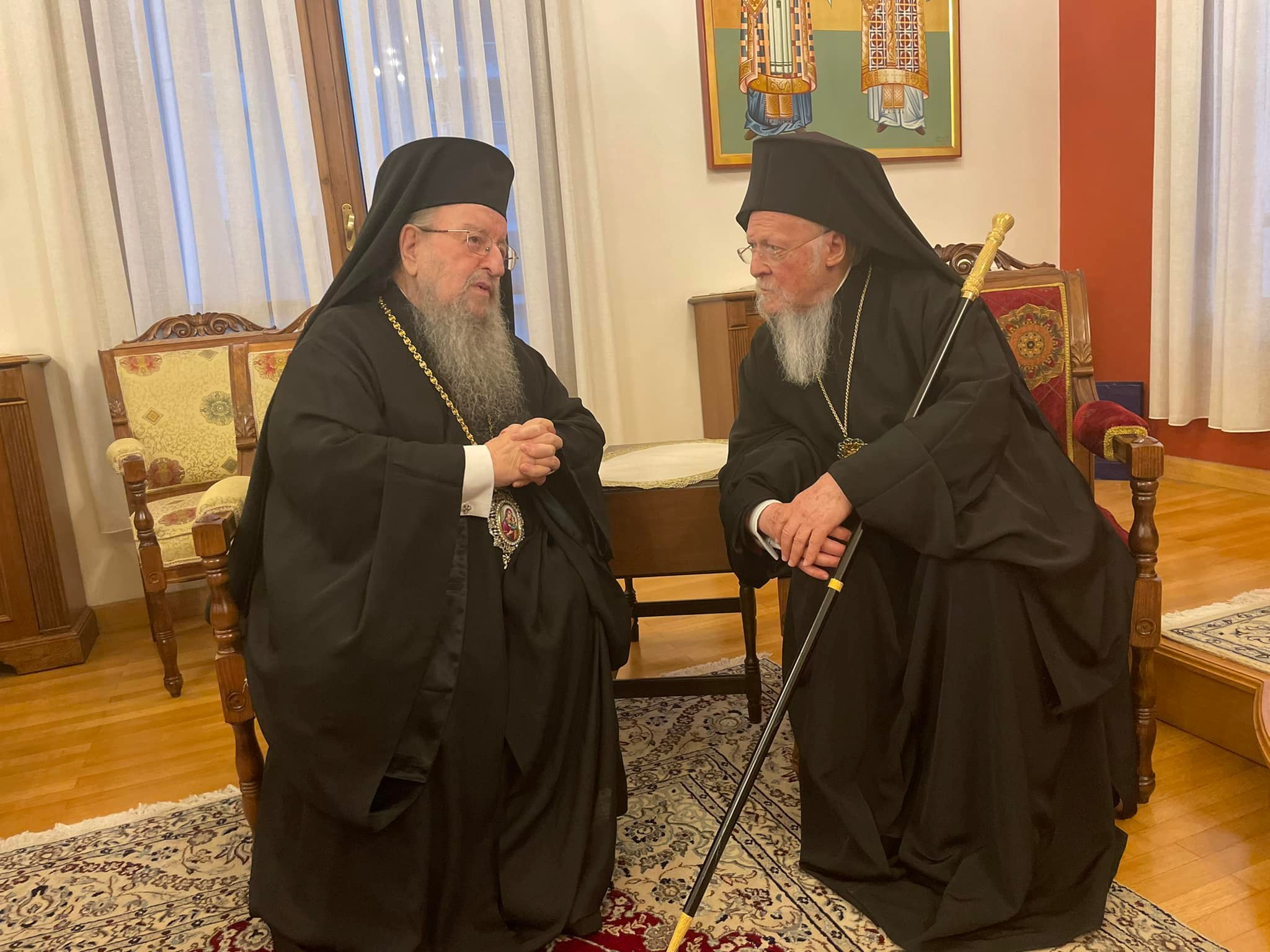 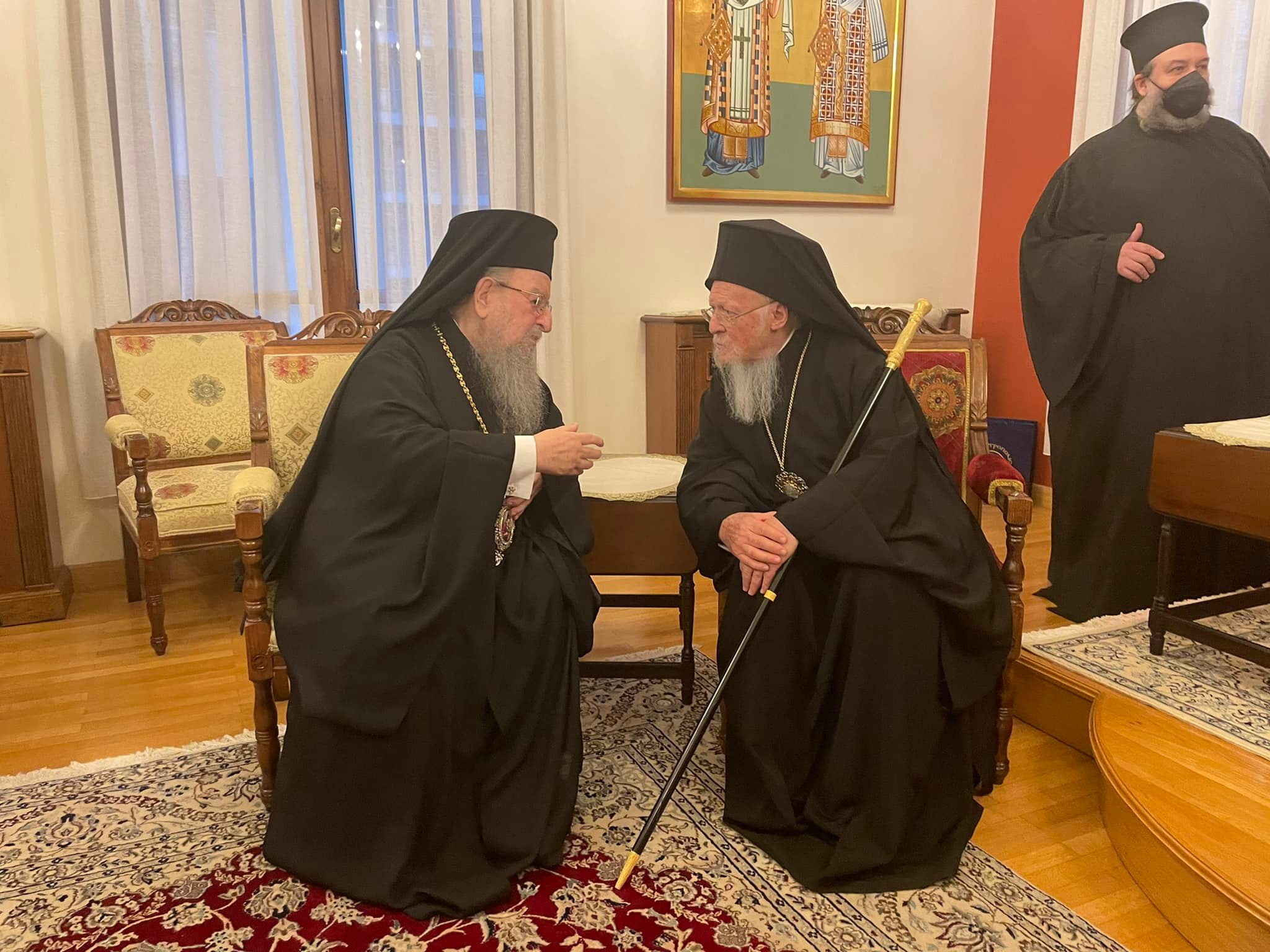 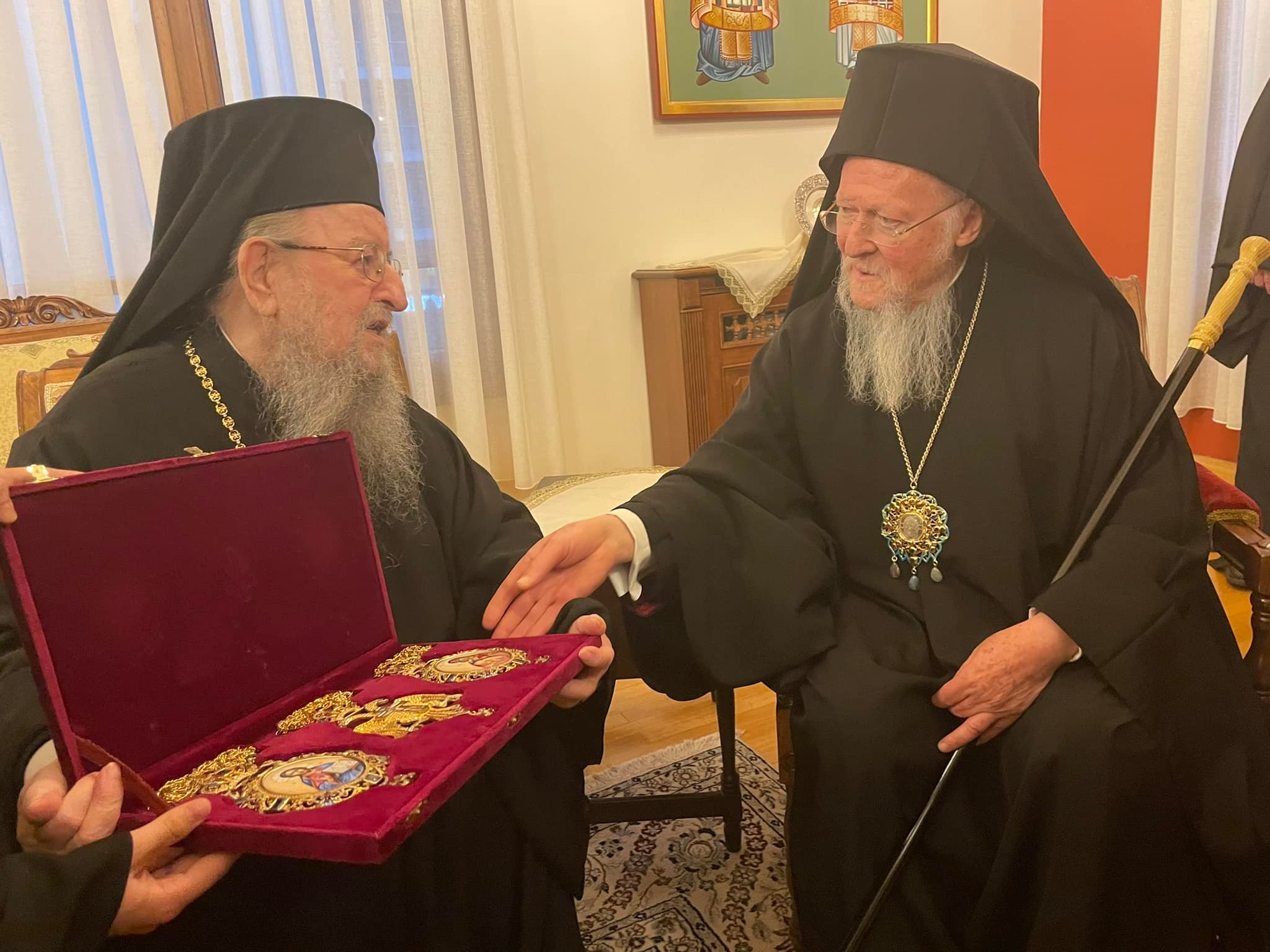 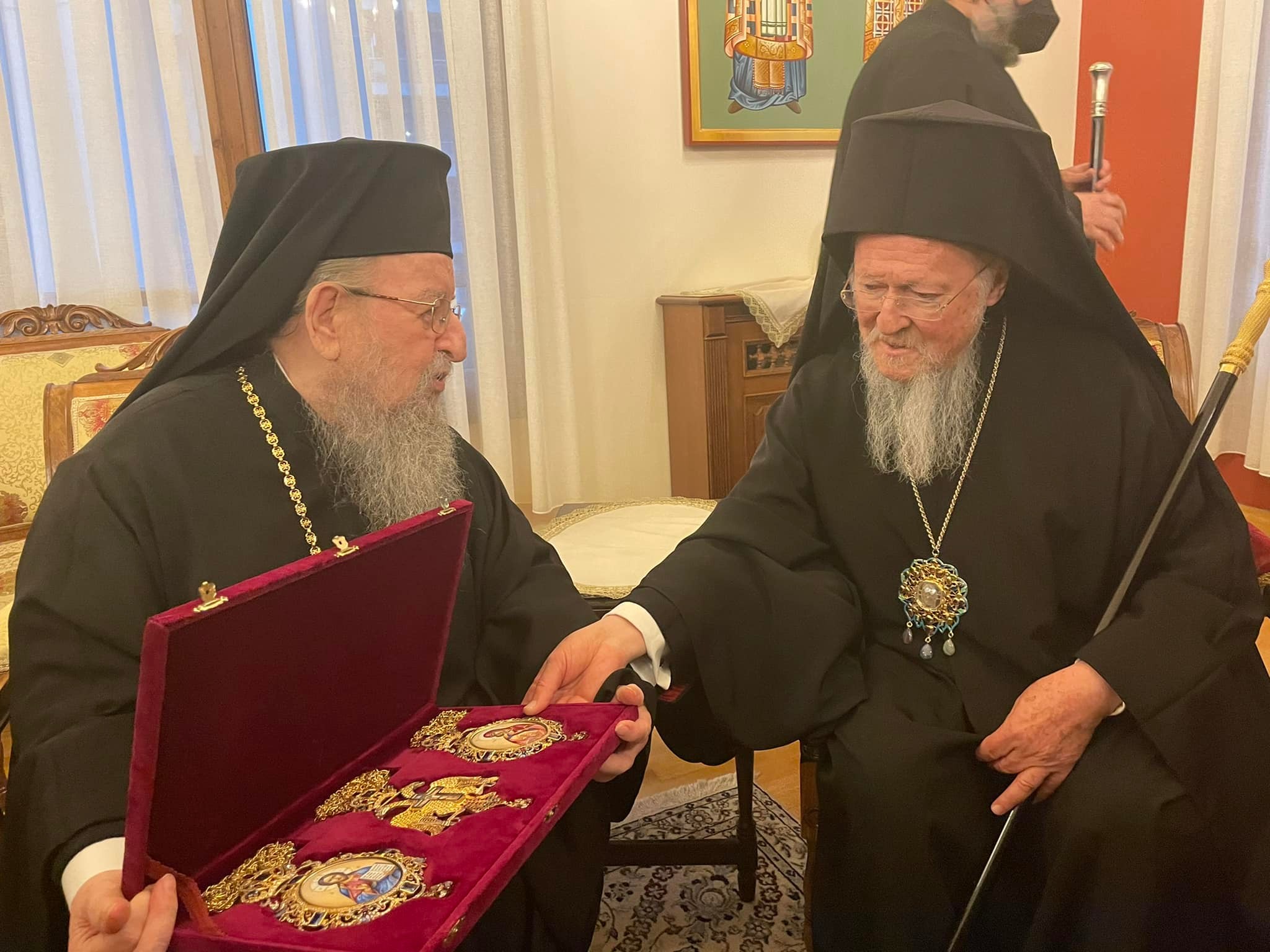 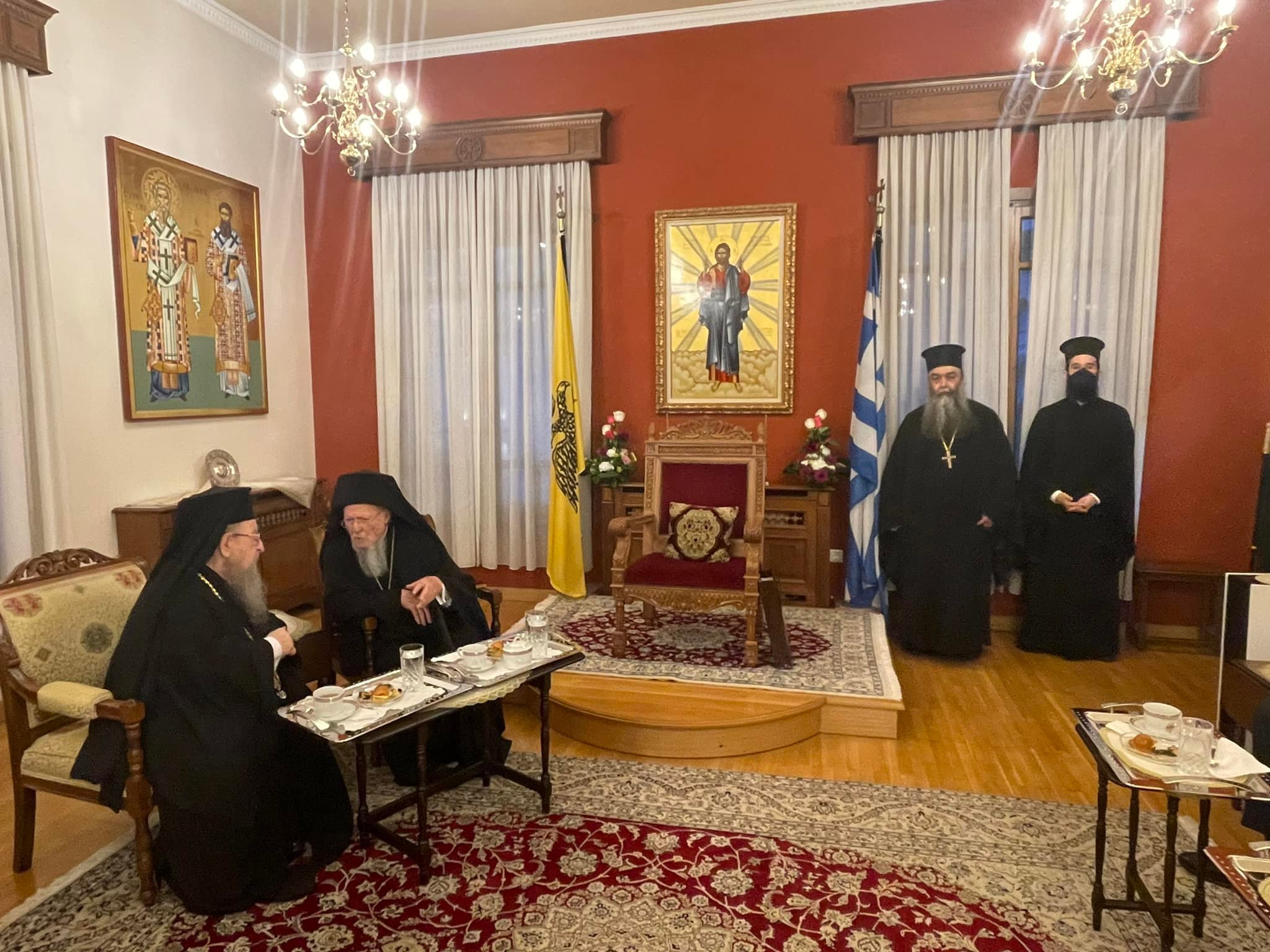