In an atmosphere of deep emotion and sorrow, Ecumenical Patriarch Bartholomew performed today a Trisagion service before the grave of his close friend, late Metropolitan Paul of Drama.

The late Metropolitan of the peripheral city of Drama died suddenly on May 2, after an acute myocardial infarction, and at his request, he was buried in the holy monastery of the Ascension of the Saviour in Taxiarches, where St. George Karslidis lived during the days of which he was declared a saint.

Bartholomew, after the Trisagion, addressing the blessed Metropolitan in the first person, was visibly moved and unable to hold back his tears in many parts of his speech.

“I have come from the martyred Phanar, as a genuine friend of yours,” said the Patriarch, “from Constantinople you loved. I came from where the heart of Pontus beats, of eastern Thrace, of Cappadocia, of Asia Minor, of the Aegean that unites. Paul, people like you know how to live and die courageous, upright, unbowed to difficulties, unconstrained by the temptations of power. You had ideals and you interrupted them with truth and love.”

“I have come to your grave,” he continued, “to honor your gracious devotion and friendship of soul by bringing a few flowers from your homeland of Pontus. I have come to thank you for choosing the path of Truth and Honesty. You loved Phanar, Romiosyne, and the soils of Pontus”.

The Ecumenical Patriarch recalled the pilgrimage they made together to Pontus and the Divine Liturgy they celebrated on August 15 at Panagia Soumela in Trapezounta, stressing that the Metropolitan of Drama was always greatness of modesty.

Bartholomew concluded his speech with a promise to his close friend, the late Metropolitan of Drama: “I will always have Pontus in my heart, I will take precious care of it, as the Ecumenical Synods bequeathed it to me. I will take care of it and look after it. I bid you farewell with the fervor of the friendship of two Cappadocian saints, St Gregory the Theologian and Vasilios the Great”.

At the entrance of the holy monastery, the Patriarch and his entourage were received by the abbess Porphyria, the Metropolitan Varnavas of Neapolis and Stavroupolis, the regional governor of eastern Macedonia and Thrace, the mayor of Drama and the deputy of the vacant Metropolis of Drama, Metropolitan Panteleimon of Xanthi and Peritherium. The metropolitan of Xanthi thanked the Ecumenical Patriarch for paying tribute to the late pastor of Drama and for his love for him.

Bartholomew addressed words of sincere sympathy and consolation to the fleshly relatives of the Metropolitan of Drama, his mother, and sister, offering them flowers that came from Pontus.

The Ecumenical Patriarch and his entourage arrived this morning at the “Alexander the Great” airport of Kavala on a private flight from Constantinople. The Patriarch was received at the airport by his pastor, Metropolitan Stephen of Philippi, Neapolis, and Thassos, and the local authorities of Kavala. 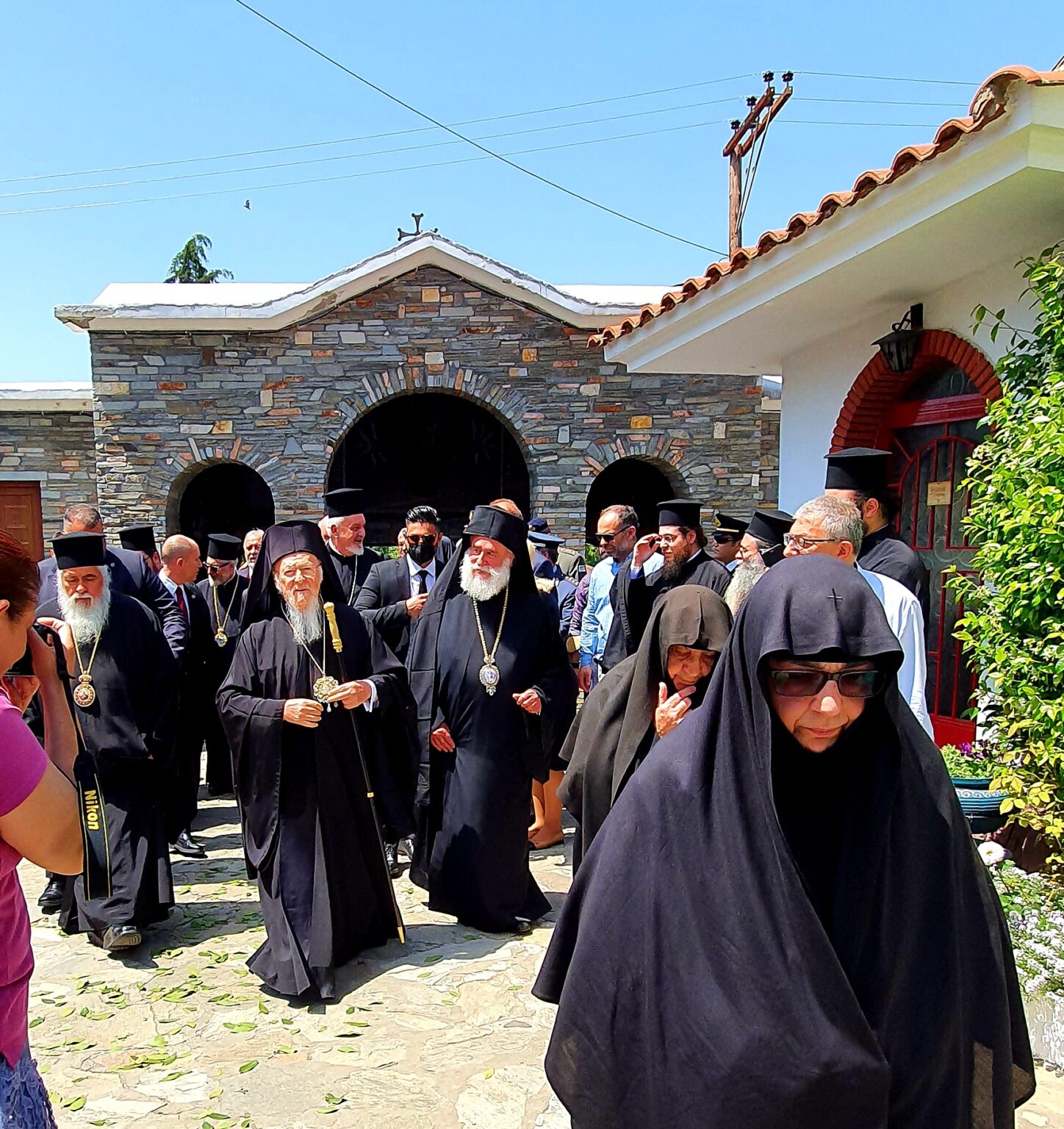 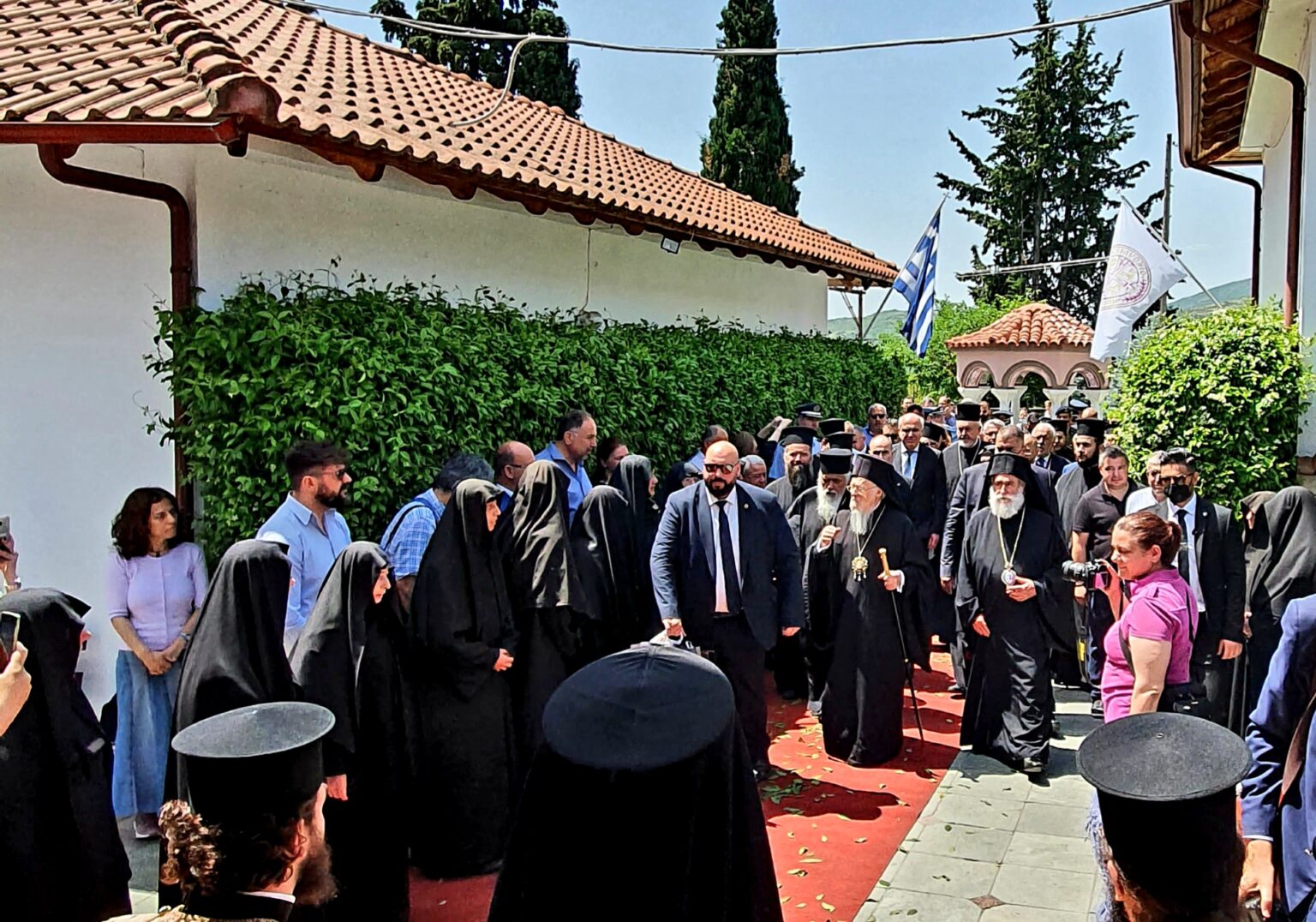 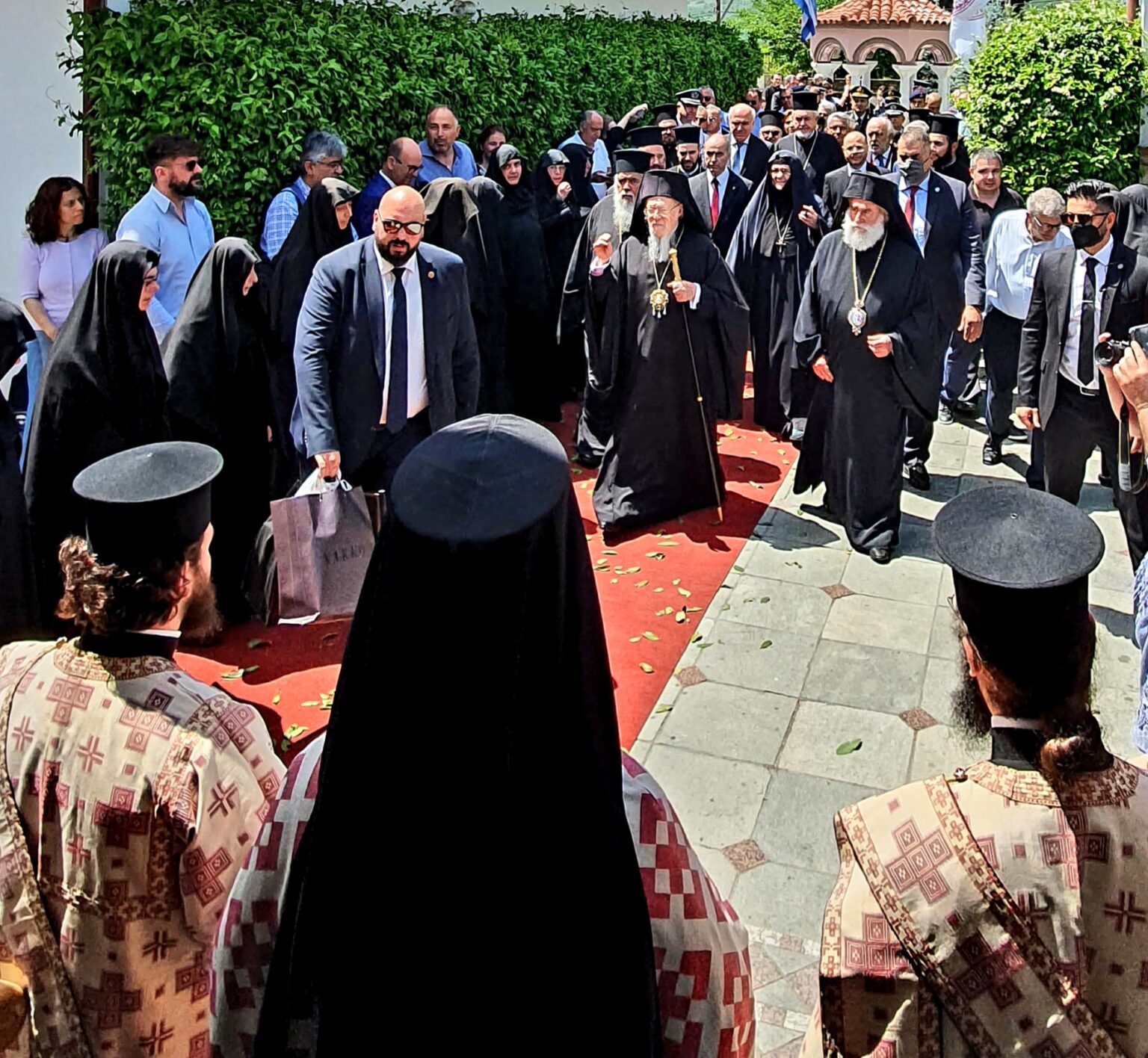