In his letter, the newly elected Archbishop declared his commitment to the decisions of the seven Ecumenical Councils, while he assured that he will work to preserve the unity and cooperation with the local Orthodox Churches.

The Ecumenical Patriarch, for his part, in his congratulatory letter to Archbishop George of Cyprus, invited him to fight together for the protection of the faith in this period and also against the heresy of ethnic tribalism.

“And our struggle, arduous and serious, as those who have worldly interests from this alteration, project our movements as supposedly unorthodox, propagandizing and deceiving Christians who are sensitive to the faith, slanderously and unjustly,” said the Ecumenical Patriarch. 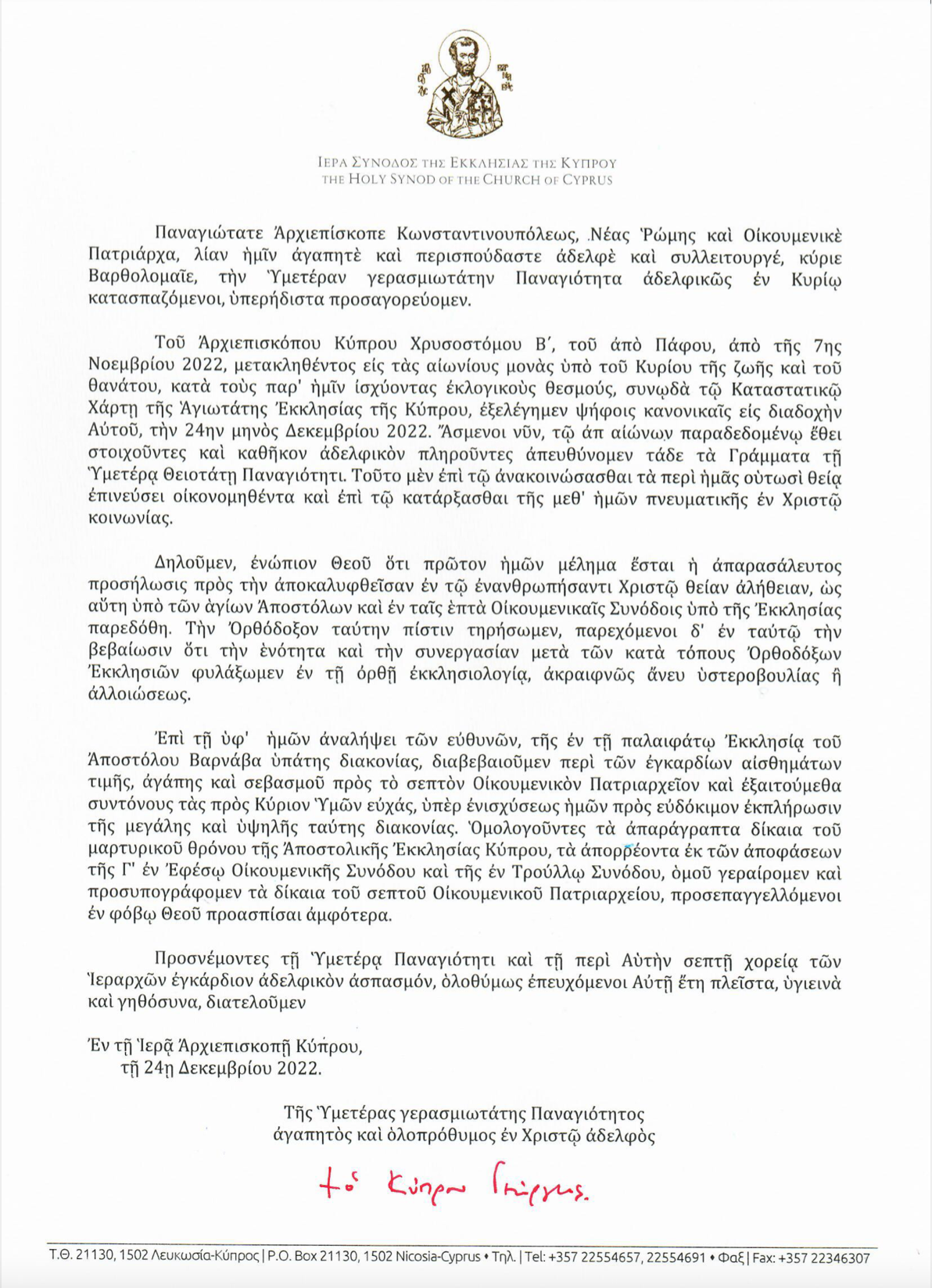 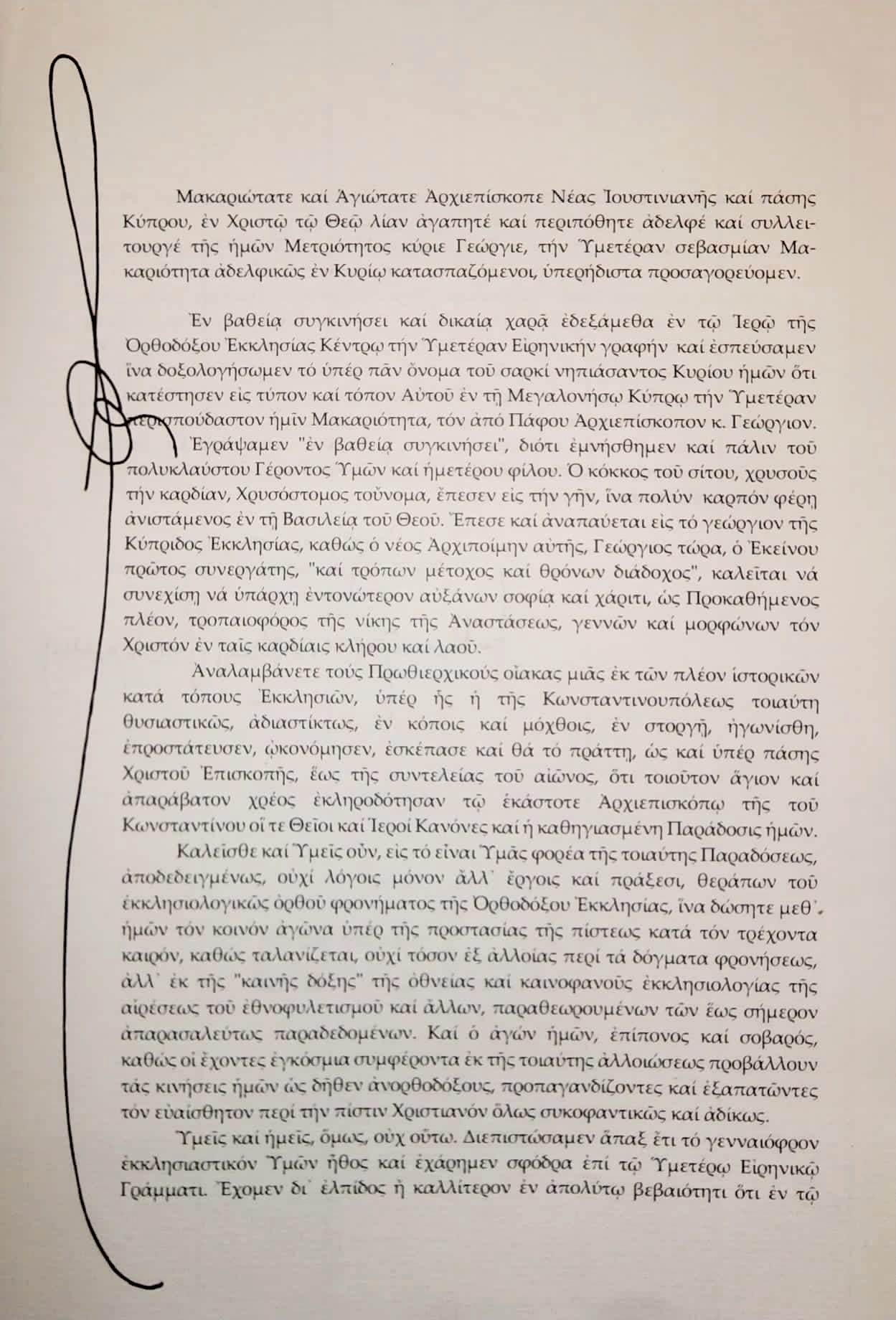 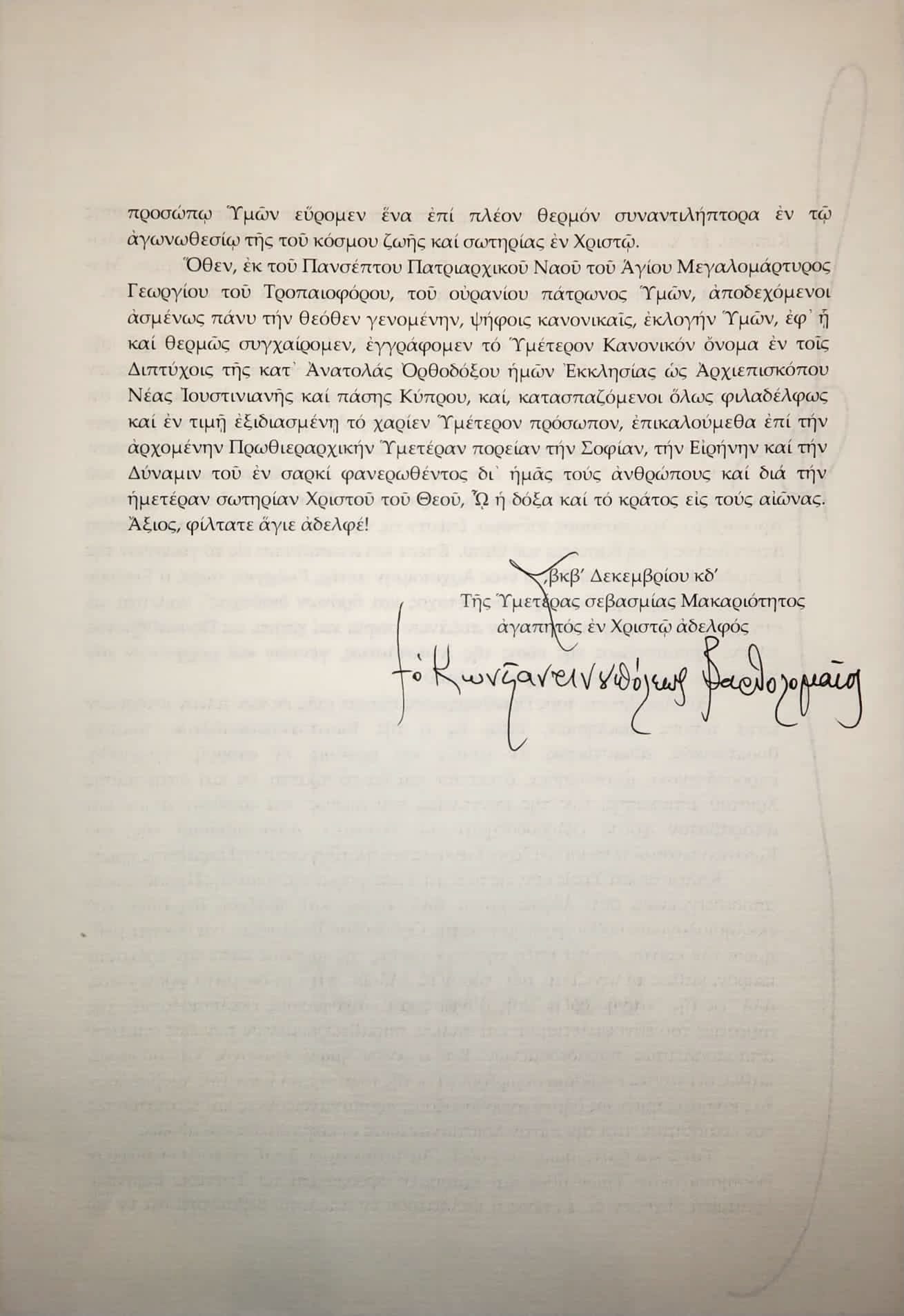