Anastenaria: The custom with faithful walking barefoot on fire holding the icon of Ss Constantine and Helen

The custom was named after the anastenari, the icon that they hold in their hands throughout the celebration and is considered the supreme leader of the anastenarides.

The Anastenaria used to be performed in northeastern Thrace. After the 1923 population exchange between Greece and Turkey, the inhabitants of this region of Thrace settled in various areas of Greece and mainly in Macedonia, where, along with their other customs, they also brought Anastenaria. 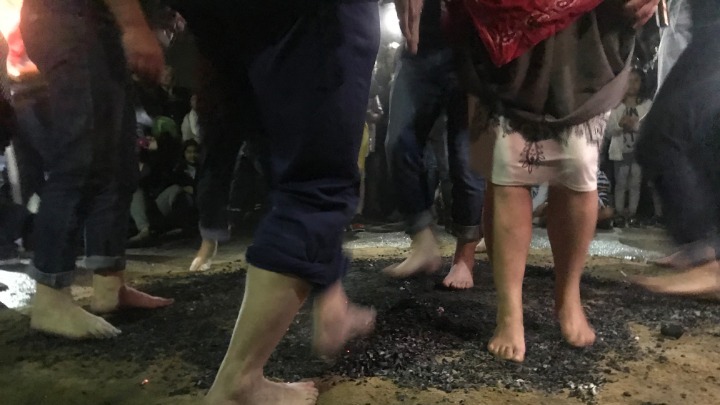 On this afternoon, May 20, men and women begin to gather. The anastenarides start dancing while holding the icons. The dance is both ecstatic and monotonous, and lasts until midnight. 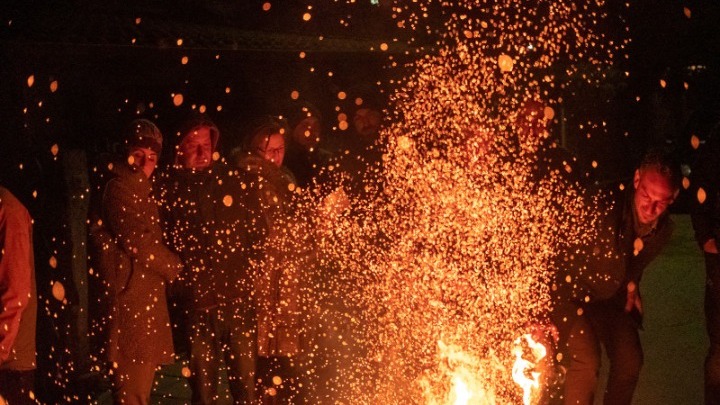 On the morning of May 21, the anastenarides carry the icons and cowbells and place them in agiasma, a sacred place into the grove. These icons, or “chares” (meaning “graces”) as they are called, represent Saints Constantine and Helen. According to the anastenarides, these “chares” enable them to walk on hot coals.

In the afternoon the first big firewalking ritual takes place. The Holy Fire is lit early in the afternoon by a certain person who possesses the privilege of this function by ancestral inheritance. After the flames subside and a bed of glowing-red coals is formed, the anastenarides start dancing around it in a circle.

The first one walks barefoot on the hot coals and dances, holding the wooden Icon or the Holy Herchief. No burns can be seen on one’s feet, a phenomenon that cannot be scientifically explained. It is said to be due to a chemical reaction, but it is still scientifically unknown. The extreme phenomenon, eternal and universal, remains, inexplicably, a real mystery.

Holding the holy icons, they dance barefoot on hot coals, without feeling pain or any discomfort due to the fire and the high temperature. At that moment, they believe that any disease is expelled.

The Divine Ascension of our Lord

The History of Romania in One Object: Banner of Saint Stephen the Great

Memory of Saint John the Russian

Saint Patrick: The Saint who banished poisonous snakes from Ireland

Memory of the Apostles Carpus and Alphaeus

Religious services and weddings will resume in Switzerland from May 28