A delegation of the Ecumenical Patriarchate, headed by Archbishop Job of Telmessos, is in the Vatican and attended – this morning – the Liturgy at the Church of St. Peter, for the feast of the patron saints of Rome, Saints Peter and Paul.

The members of the delegation of the Ecumenical Throne will have a meeting later with representatives of the Holy See’s ministry, which promotes Christian unity, and will be received by Pope Francis tomorrow. The Liturgy at St. Peter’s Church was also attended by our country’s ambassador to the Holy See, Katia Georgiou. The Vatican, at the same time, as every year, is going to send a delegation to the Phanar this year as well for the feast of St. Andrew on the 30th of November.

Addressing the faithful and the clergy who were at St. Peter’s Church today, Pope Francis stressed that it is important for the Catholic Church not to lose the elements of communion, with the participation of all, “without anyone replacing or excelling the other.” “No one is in a central position, because this belongs only to Jesus,” the Pope underlined.

“Go to the crossroads and bring everyone to the Church. Those who are deaf, blind, sick, virtuous, and sinners. The word of the Lord must resound in the hearts and minds of all: in the Church, there is room for everyone,” Pope Francis concluded. 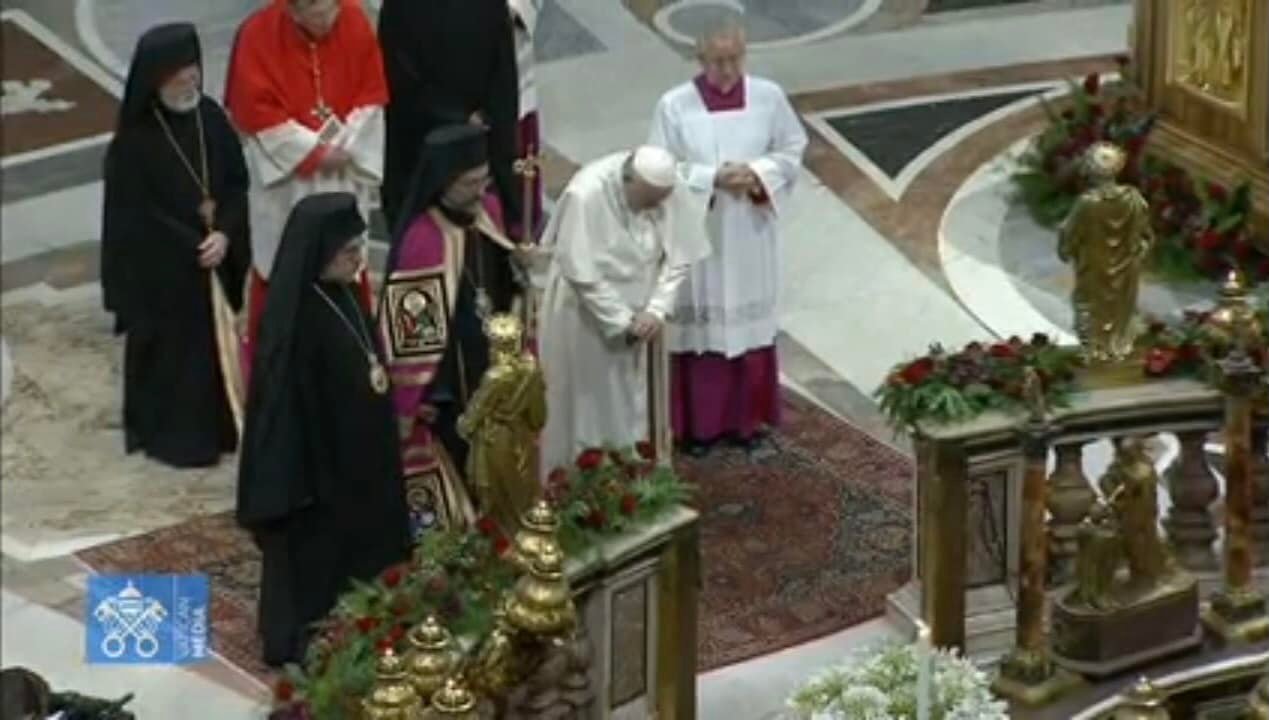 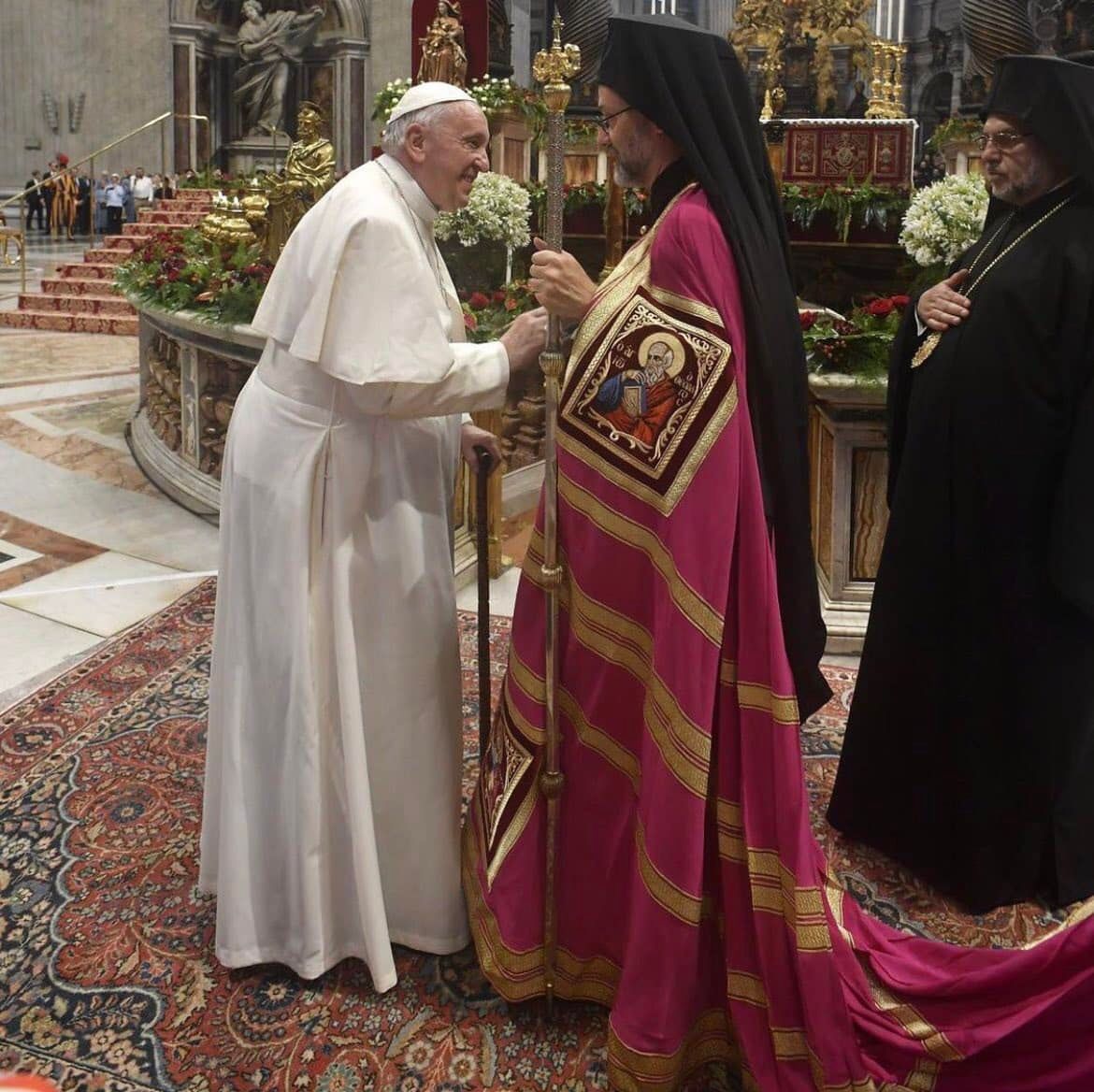 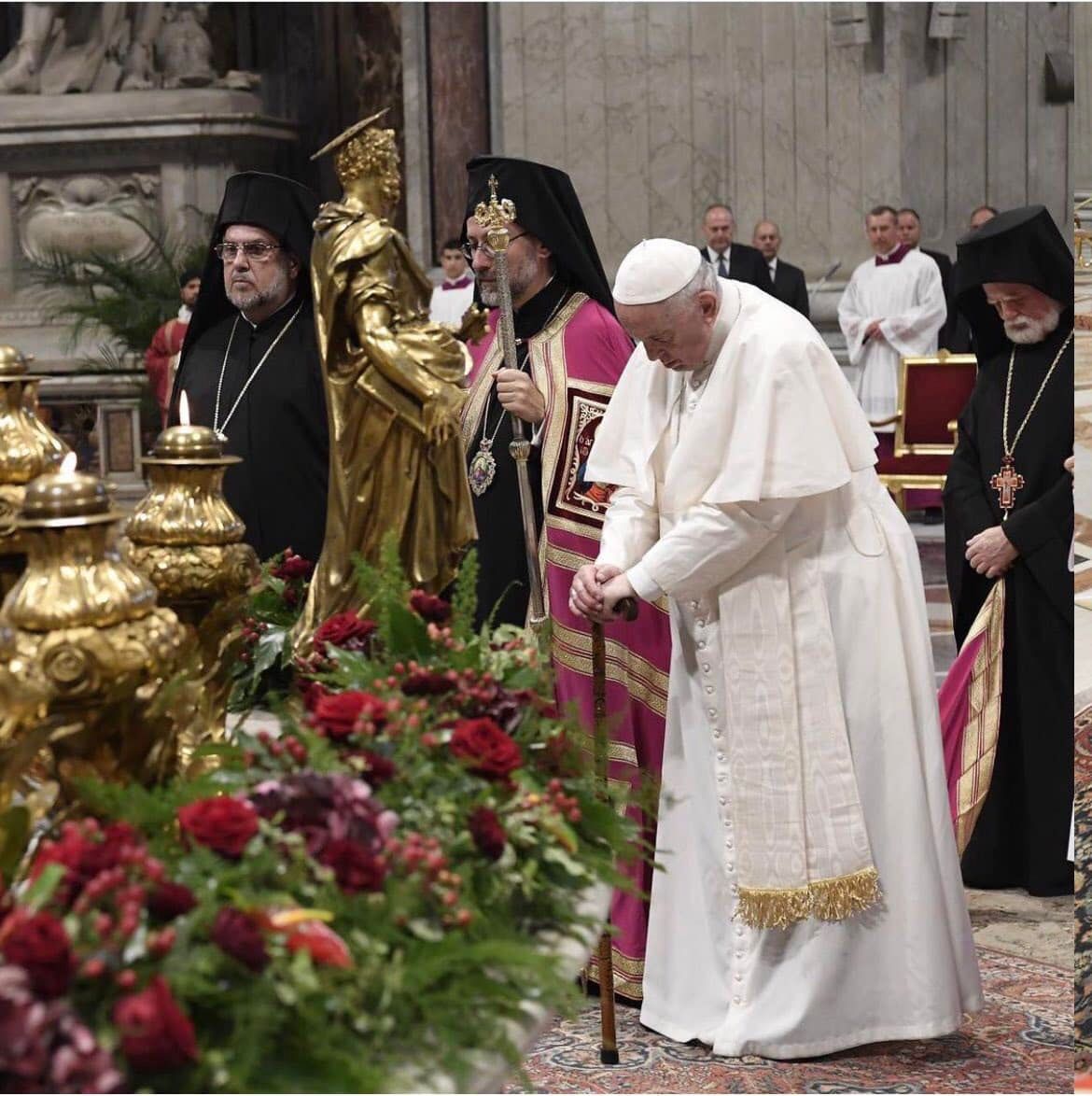 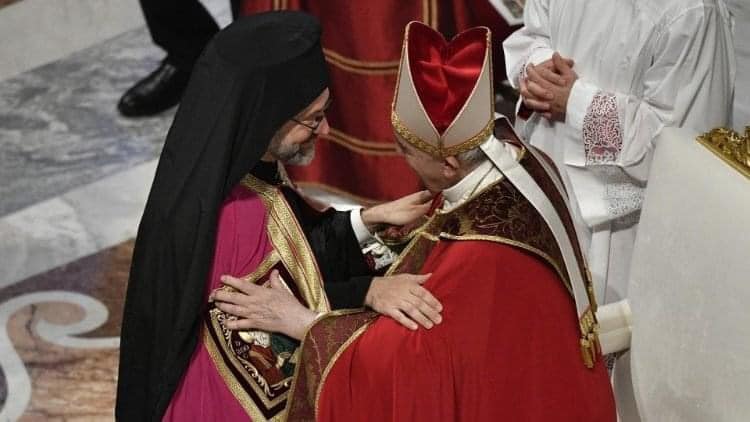 The Ecumenical Patriarch visited the Prefect of Constantinople

Archieratical Divine Liturgy in Therapeia by the Elder Metropolitan of Derkoi

The Ecumenical Patriarch was warmly welcomed in Metsovo (VIDEO)

The fortieth-day memorial service of the late Metropolitan of Sasima