On Tuesday, June 28, 2022, the President of the Hebrew Community in Greece David Saltiel visited the Patriarchate of Jerusalem, accompanied by his associates, Counsel Barak and Maria-Angelina Hatzistamatiou.

Saltiel was warmly received by Patriarch Theophilos of Jerusalem and Hagiotaphite Fathers.

During this visit, there was an interesting conversation about the sacred history of the Old and the New Testament, as the former is the base and source and power of the Hebrew people and of Christianity. The Sacred History was identified as God’s revelation, which is accepted through faith, while philosophy is the scientific examination through the word.

There was also a discussion about the translation of the 70 interpreters of the Old Testament, through which the Jews who did not know their native language learned the sacred history as well as the Greeks, and the idolaters, and later on to Christianity. There was also talk about Paul, the Apostle of nations, and the link between the sacred history of the Old and the New Testament.

The talk continued about the ongoing dialogue between the Orthodox Church and Judaism, which creates the condition for a peaceful religious co-existence.

For this visit, Saltiel offered His Beatitude a book album of the life of the Hebrew Community of Thessaloniki during the years 1897-1917, while Hatzistamatiou offered a CD with Hebrew music, while the Patriarch gave both of them a cross and a silver painting of Jerusalem. The guests then headed to the Church of the Holy Sepulchre, accompanied by Archbishop Aristarchos of Constantina. 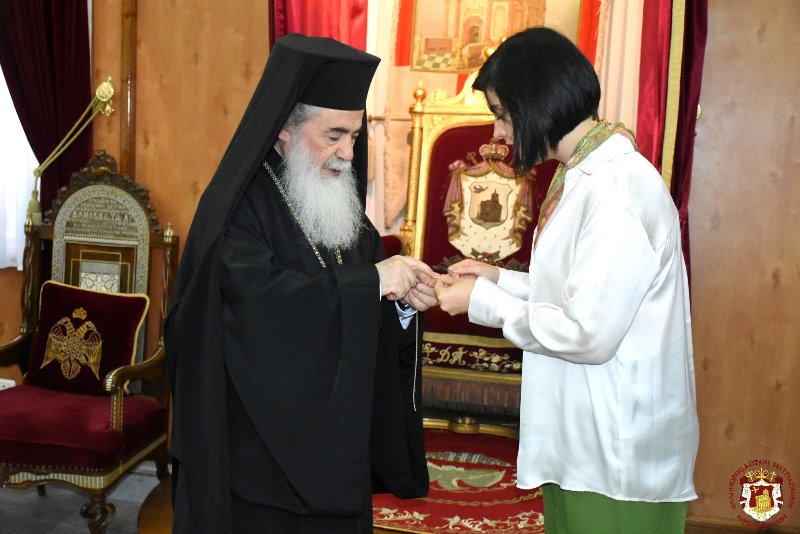 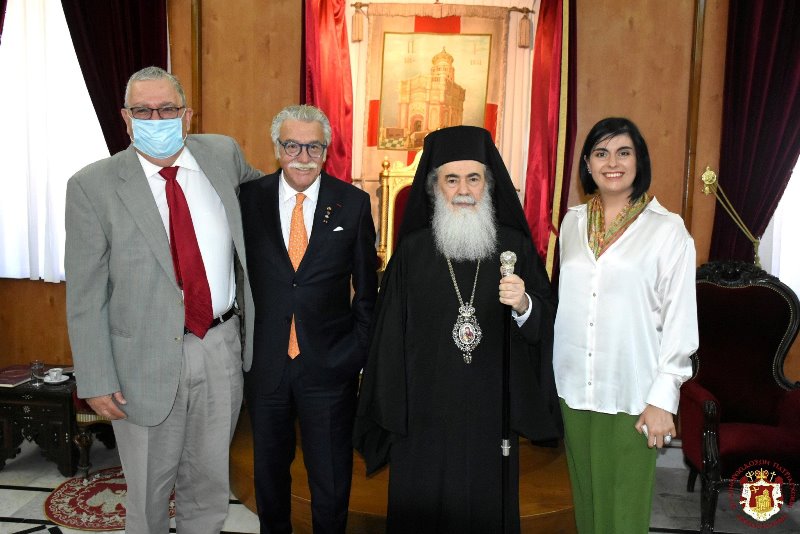 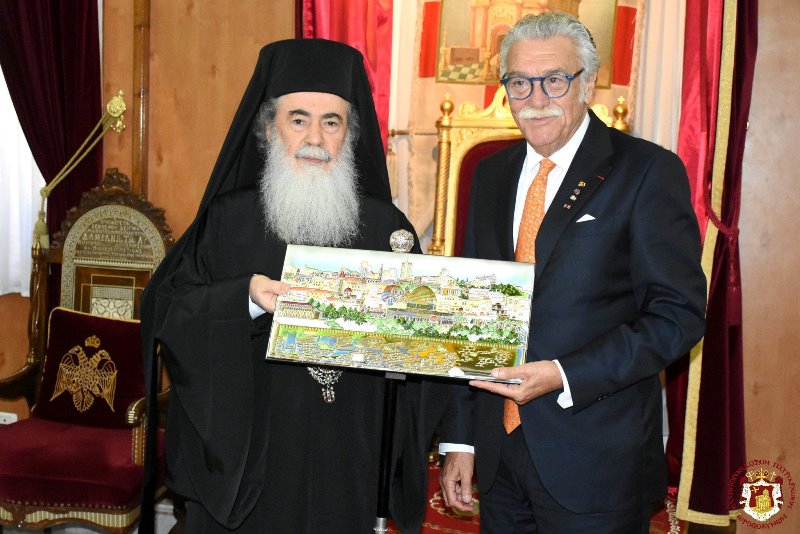